In September 2018, Strike were brought on to promote British LGBT+ comedy drama, Anchor and Hope.

During this campaign, Strike organised interviews with cast Natalia Tena, Oona Chaplin and director Carlos Marques-Marcet. Despite not receiving a FDA WOR screening, Strike Managed to secure key reviews and print features across over 100 pieces of coverage. Despite a limited theatrical, the film was very well received by critics, notably Time Out and The Guardian who both gave it four stars.

In their mid-30s, Eva and Kat’s humble, yet carefree, lifestyle in their London canal boat gets turned upside down when Eva presents Kat with an ultimatum: she wants a child. Kat resists, knowing that it will end the bohemian lifestyle she’s always envisaged with Eva. When Kat’s best friend, Roger, drops in from Barcelona to party with the ladies, however, the three of them toy around with the idea of creating a baby together. 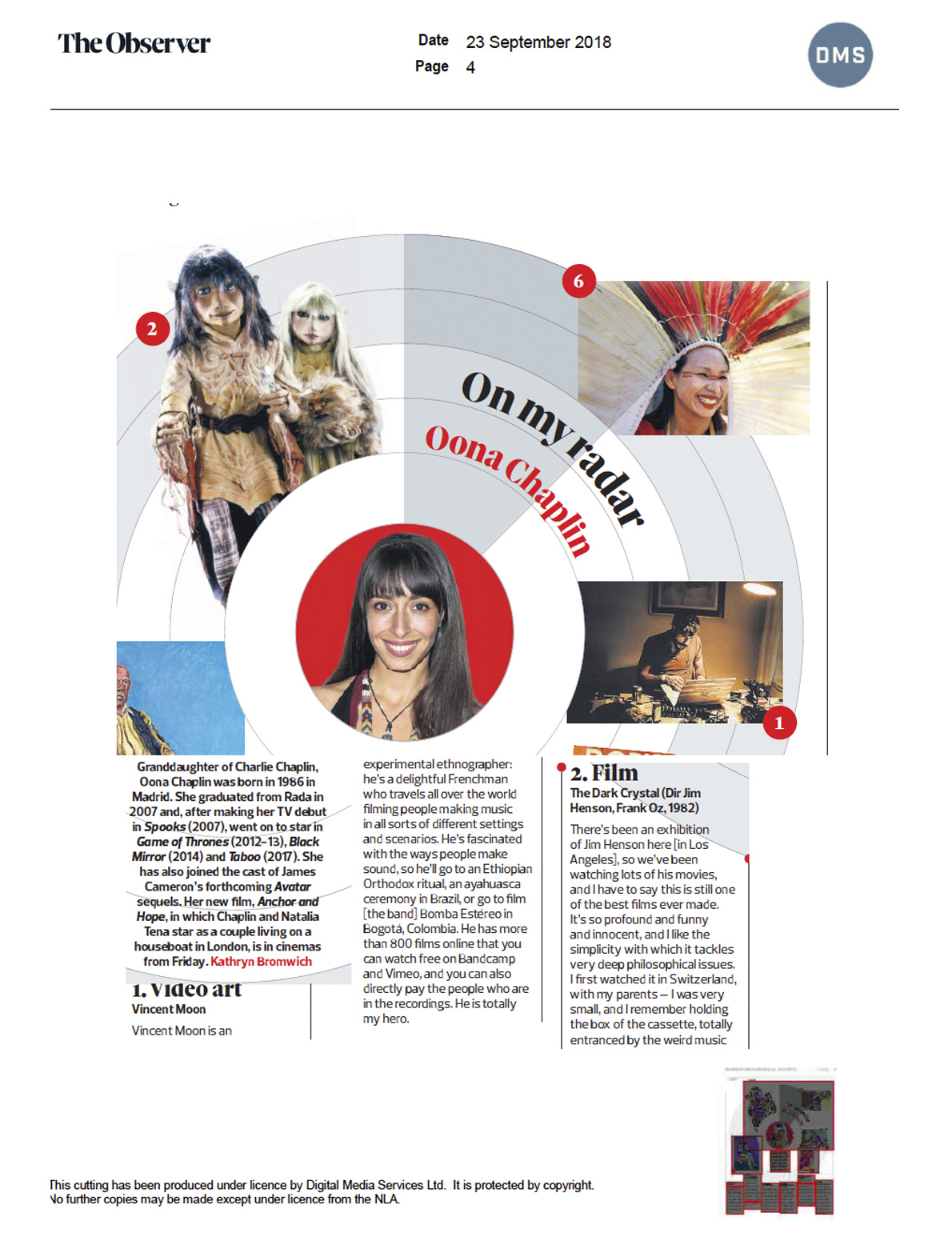 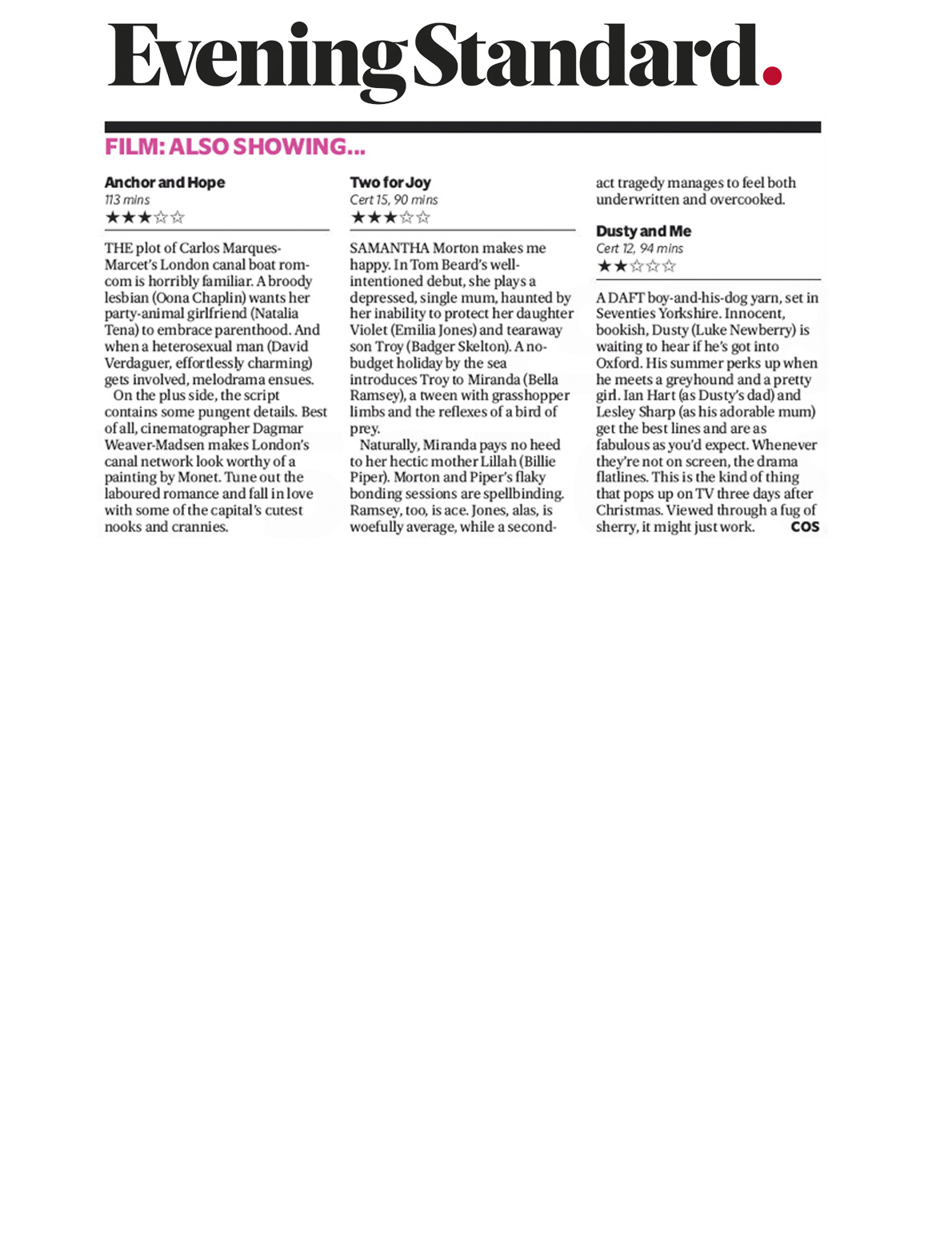 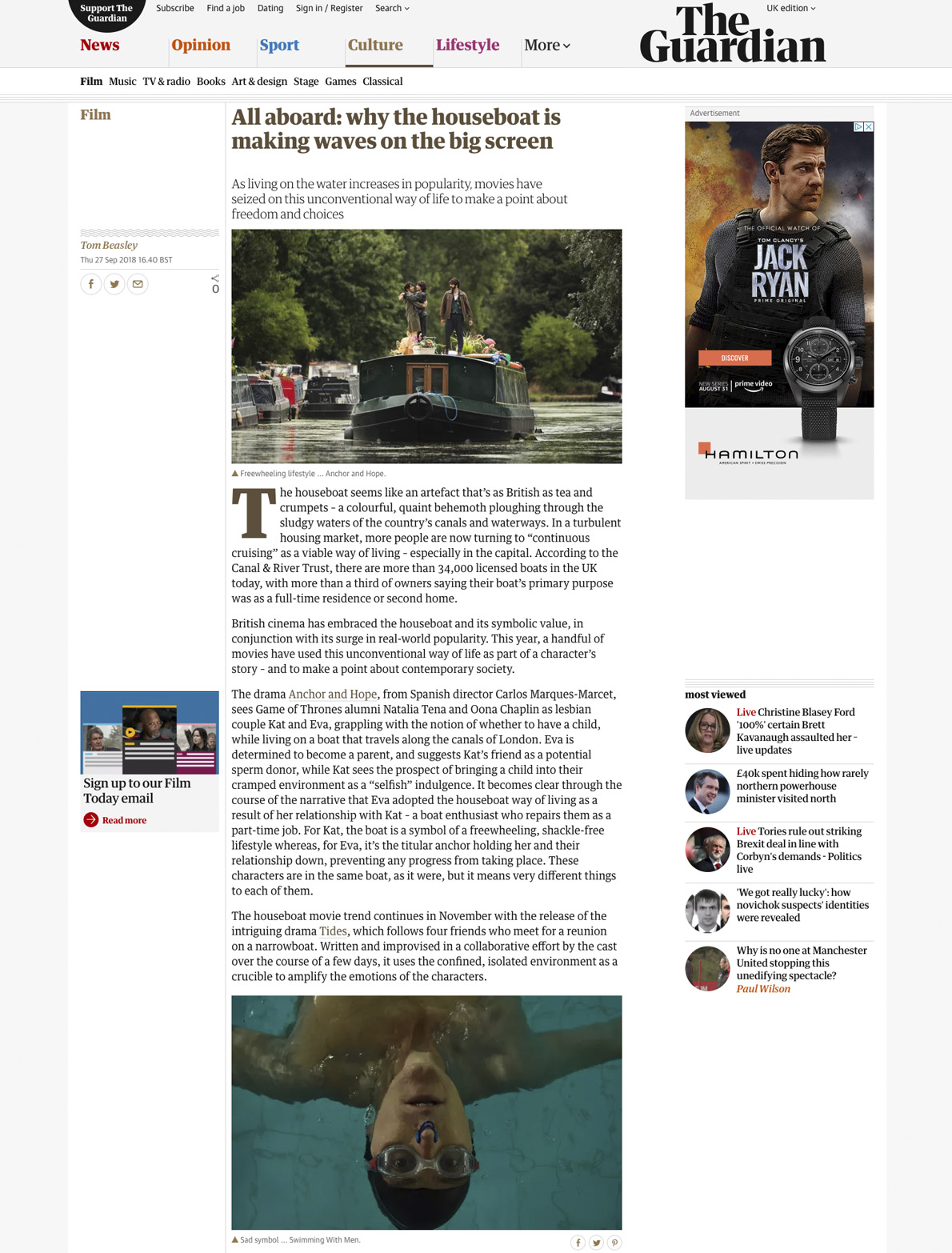 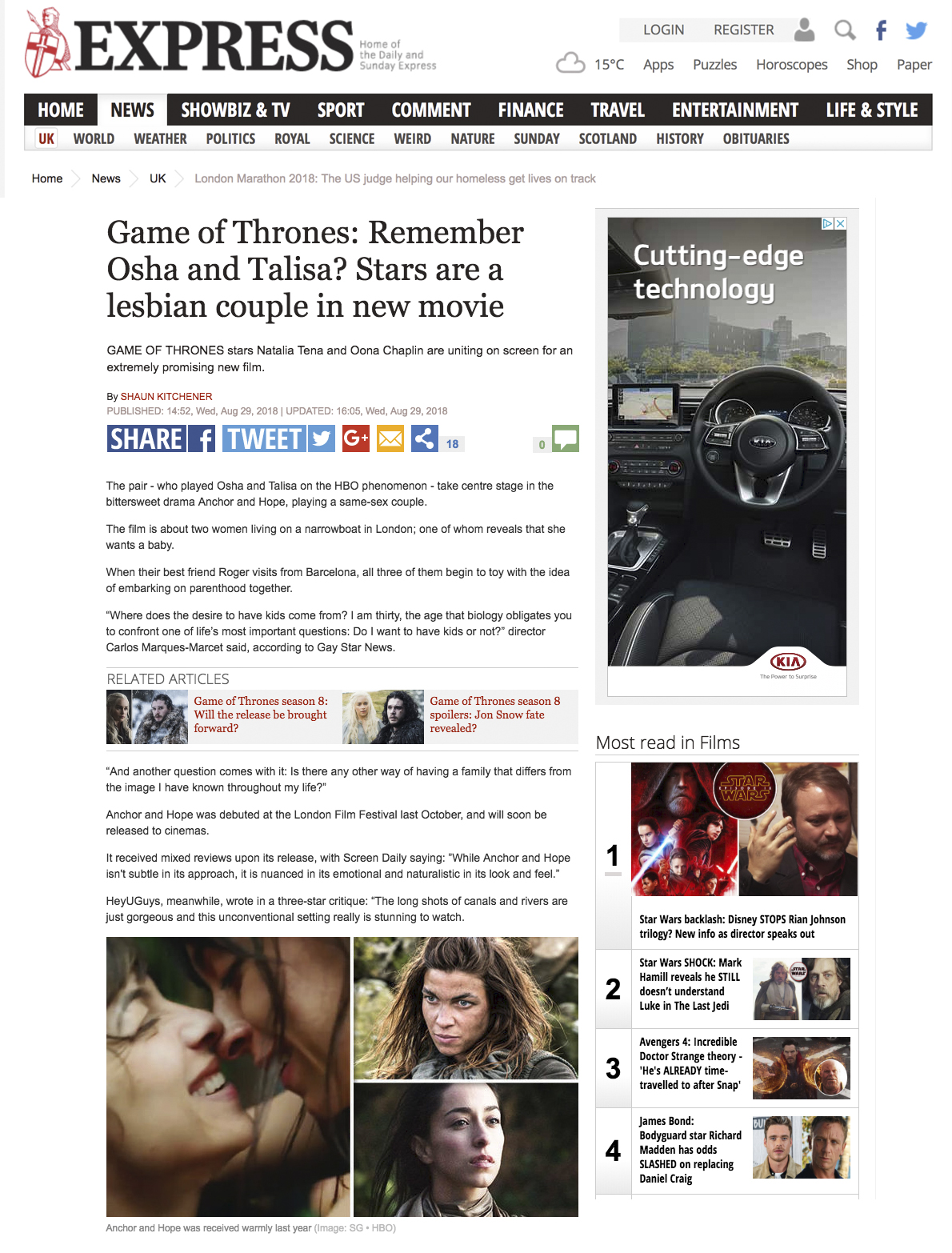 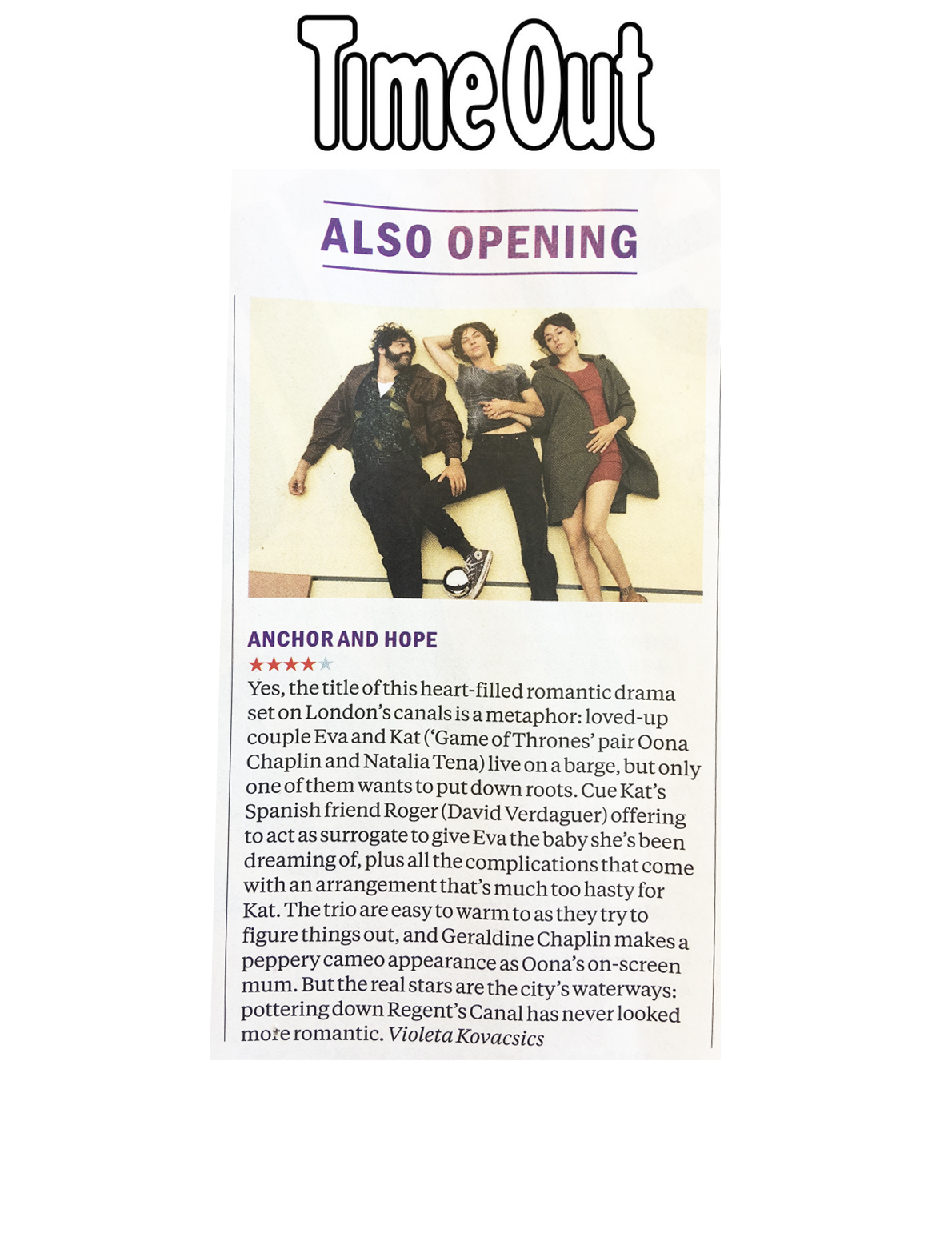 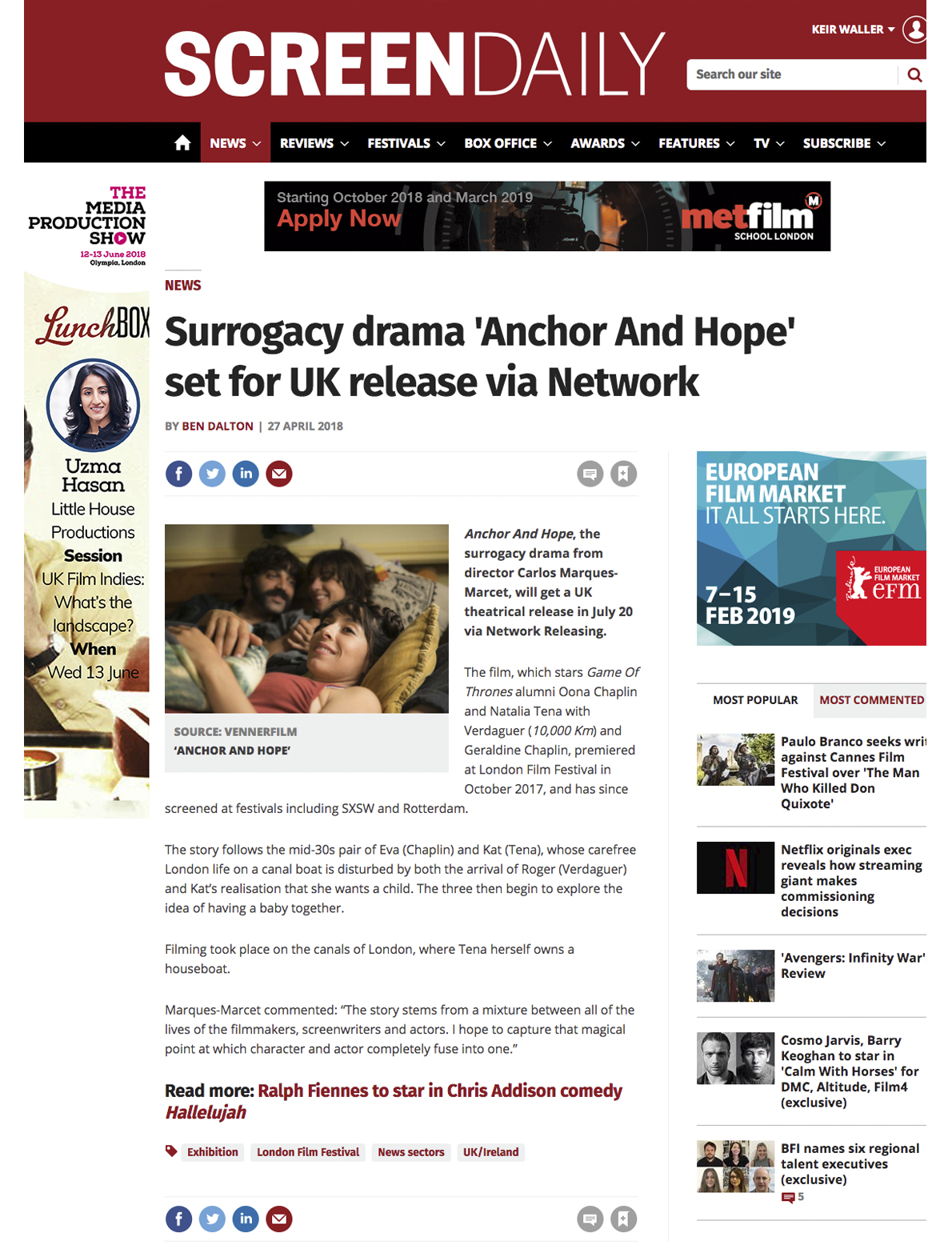 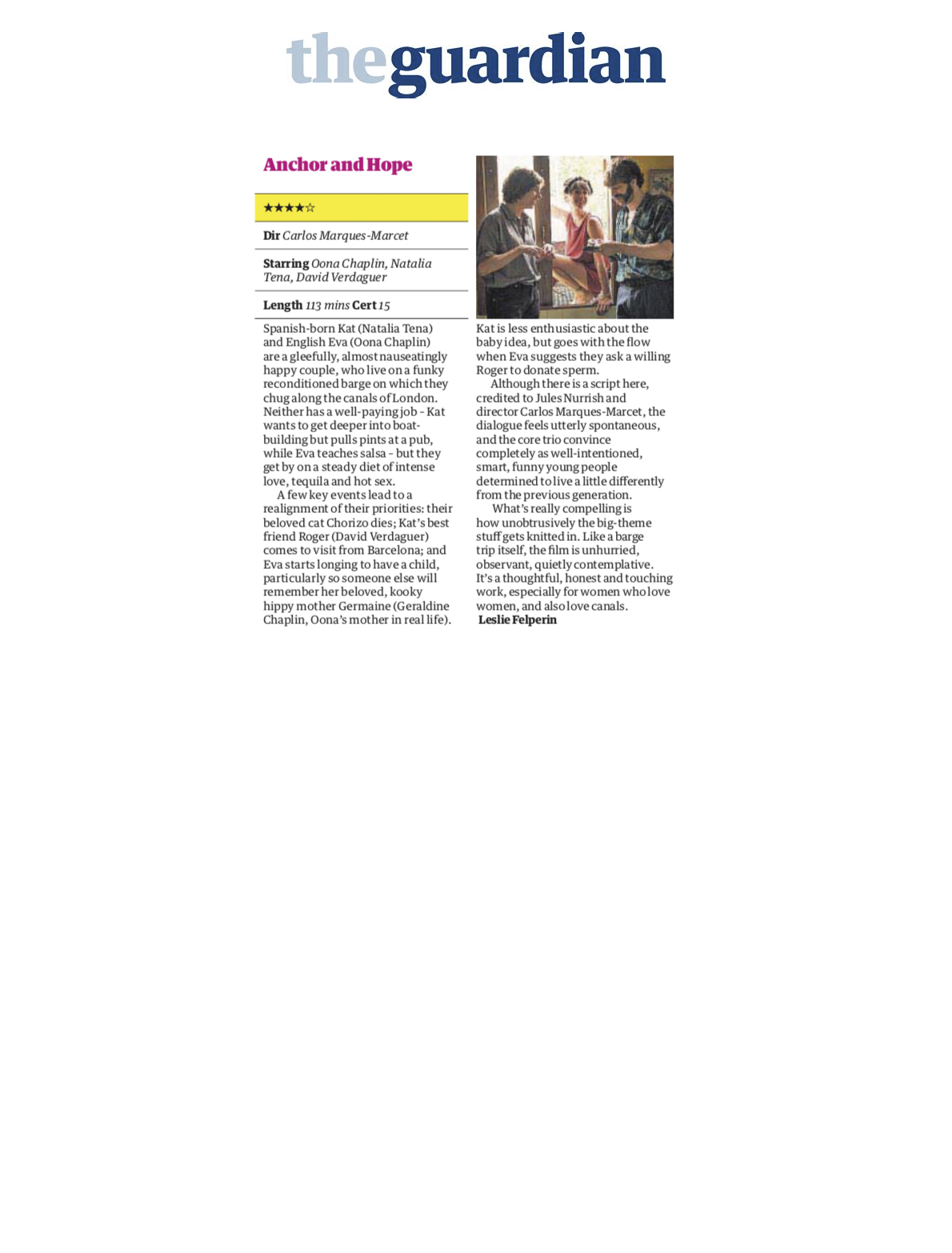