We worked with CinEvents to run the full theatrical campaign on the event cinema release of this incredibly poignant Holocaust documentary featuring Helen Mirren. The film received critical acclaim winning 4 star reviews from both The Guardian and The Times as well as numerous online publications. Unfortunately, due to Helen’s limited availability, we were unable to complete any original interviews, however, we did work to place an exclusive Guardian interview using Helen’s answers following an interview with the CinEvents podcast team. 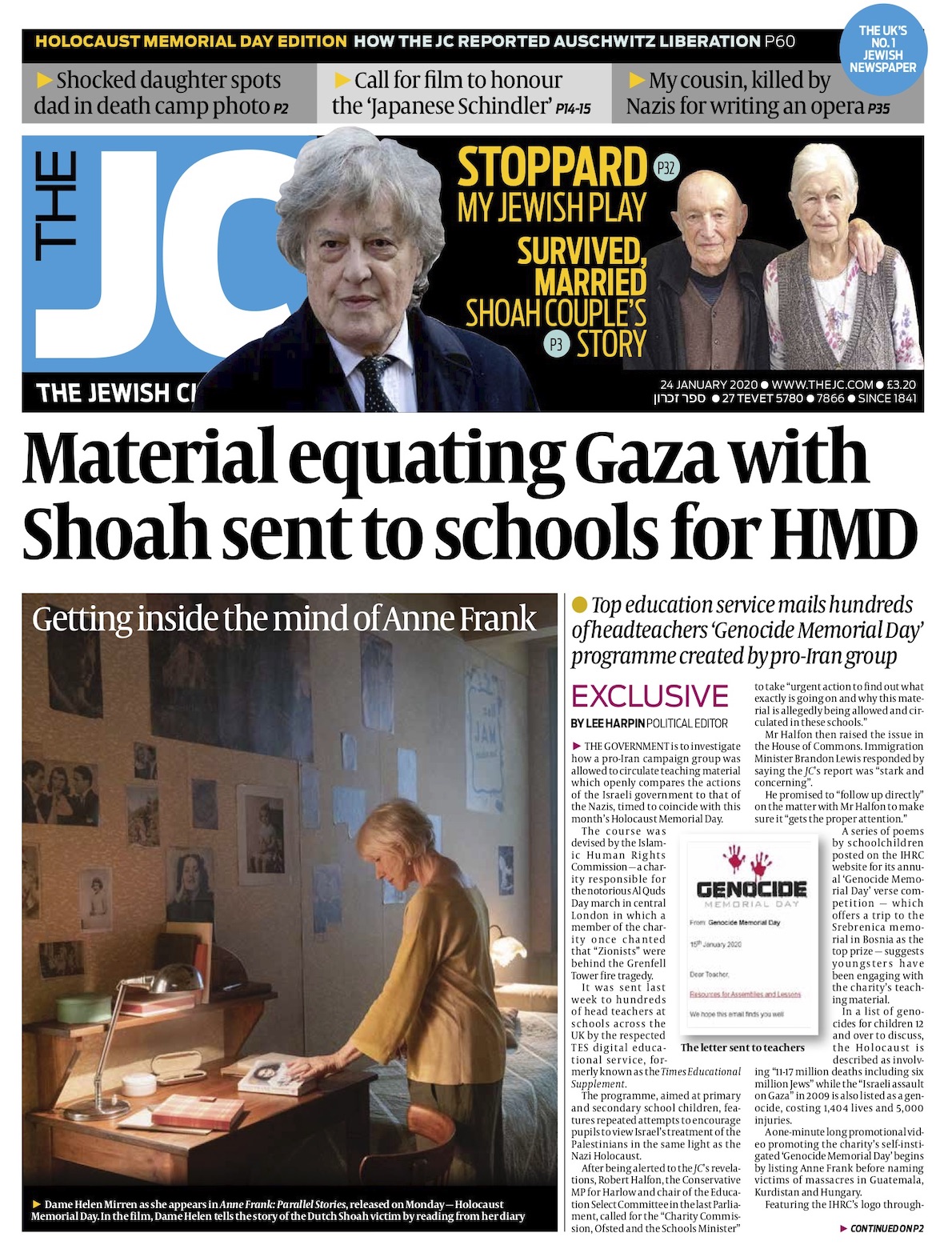 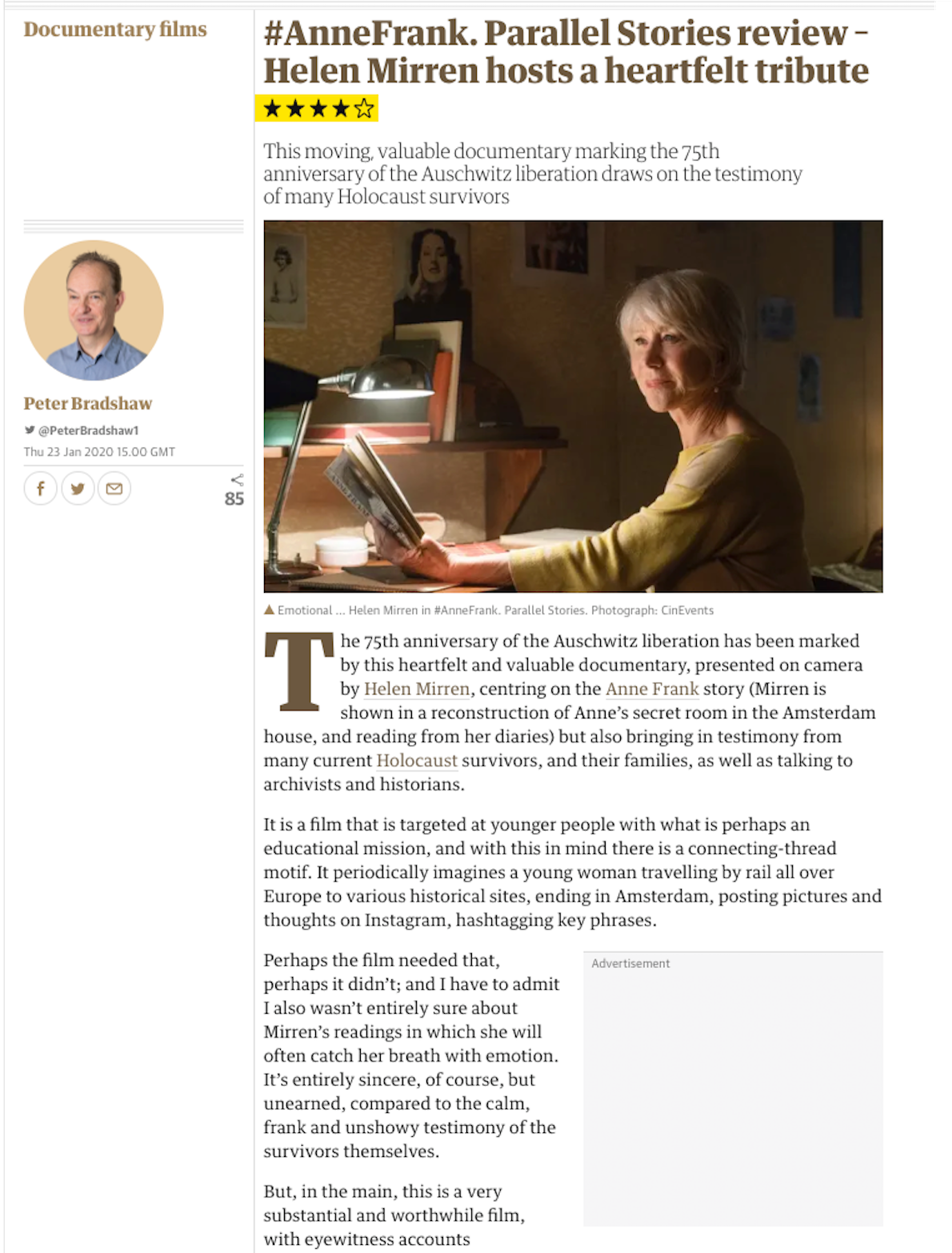 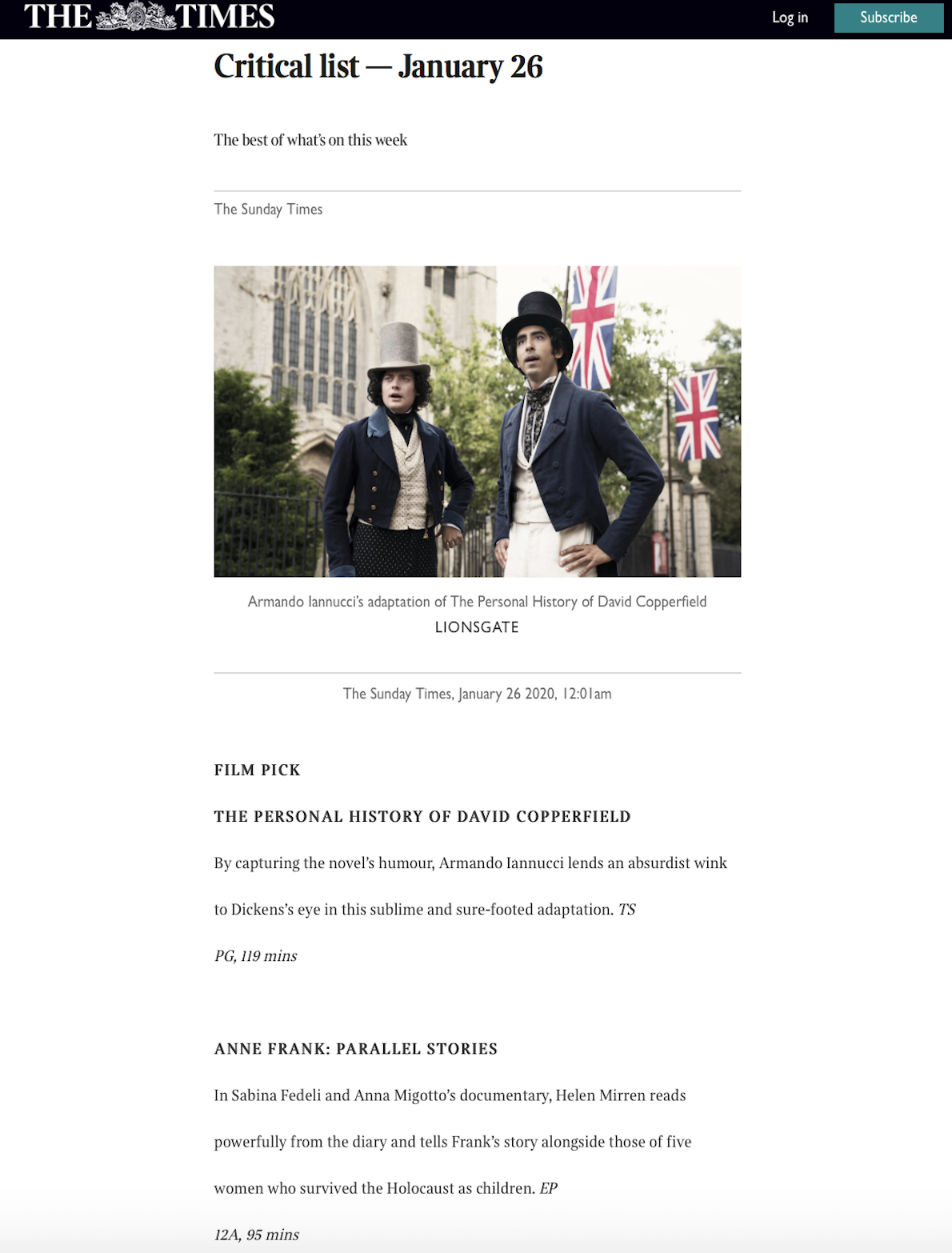