We were presented with a Ghibli inspired film, with no known cast and a first time director whose film was worth everyone’s time in our minds, we just had to prove it. We went about creating eye catching press releases that showed off the film’s artwork and told the story of Gints himself. We were thrilled to secure over 80 pieces of coverage from a mixture of print and online publications covering film, culture, student, kids interest and entertainment. Little White Lies, Dazed, National Geographic Kids, Sci-Fi Now, The Week Junior, Student Pages Magazine were just a few of the top tier publications that joined in the conversation. 5* and 4* reviews across the board was a huge win for the whole team. We can’t wait to see what Gints does next.

The success of this feature length animation, created single-handedly by Gints Zilbalodis (26) is an inspiration to anyone who has ever had a dream. With no formal training apart from learning the basics at high school, Gints set out on a filmmaking journey on the laptop in his study. He wrote, animated and scored AWAY, which follows a boy travelling across an island on a motorcycle, trying to escape a dark spirit and get back home. Along the way, he makes a series of connections with different animals and reflects on the possible ways he ended up on the island. Part dream, part reality AWAY explores our common, universal need to ﬁnd a connection in a entrancing and visually spellbinding way. With the UK still in lockdown, this was an excellent time to release this film about human interaction. A meditation that assures the audience there is light at the end of the tunnel.

Our team gave this silent film a voice in our promotion of the digital release on 18th January. We secured top tier reviews, competitions and interviews with Gints to spread the word. 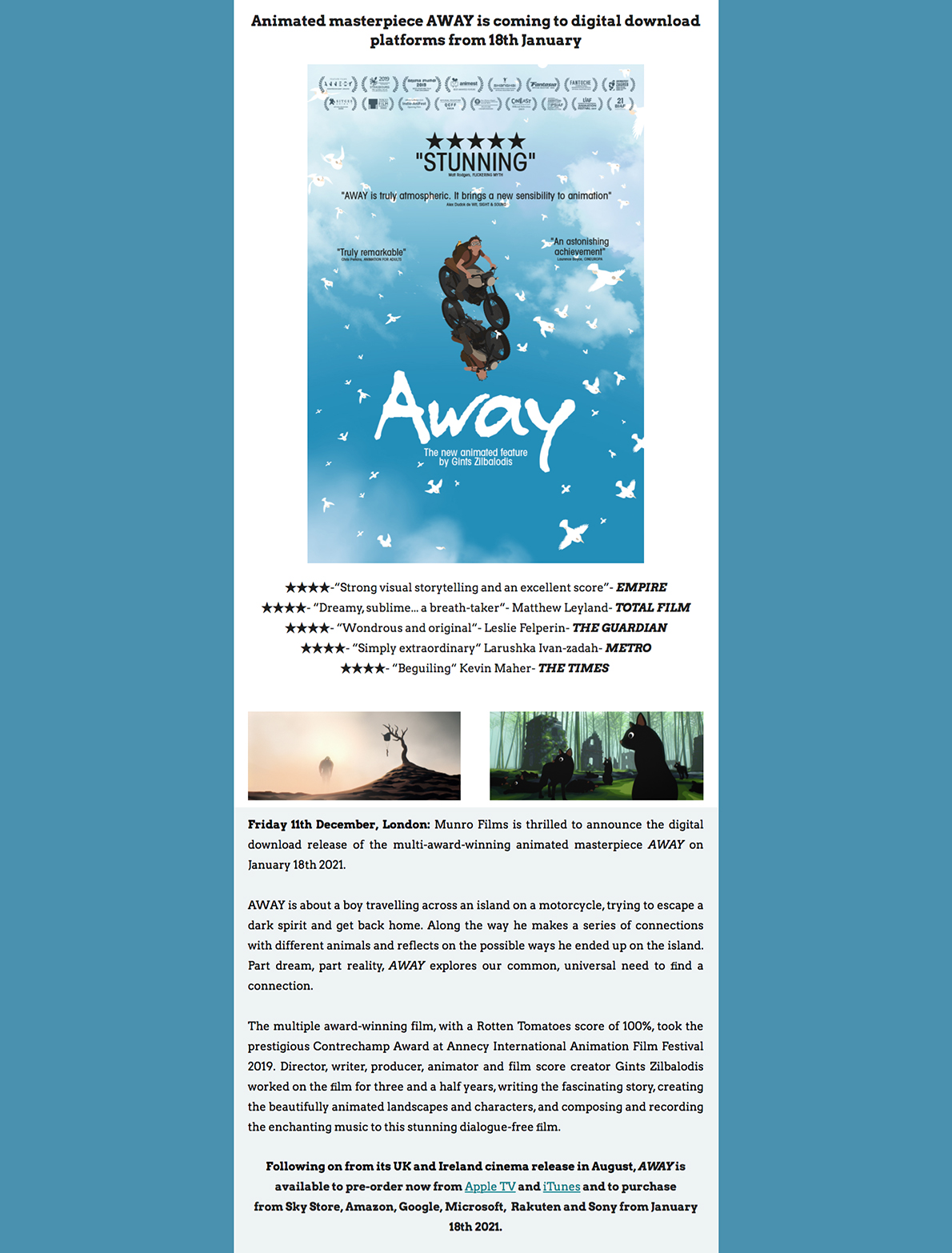 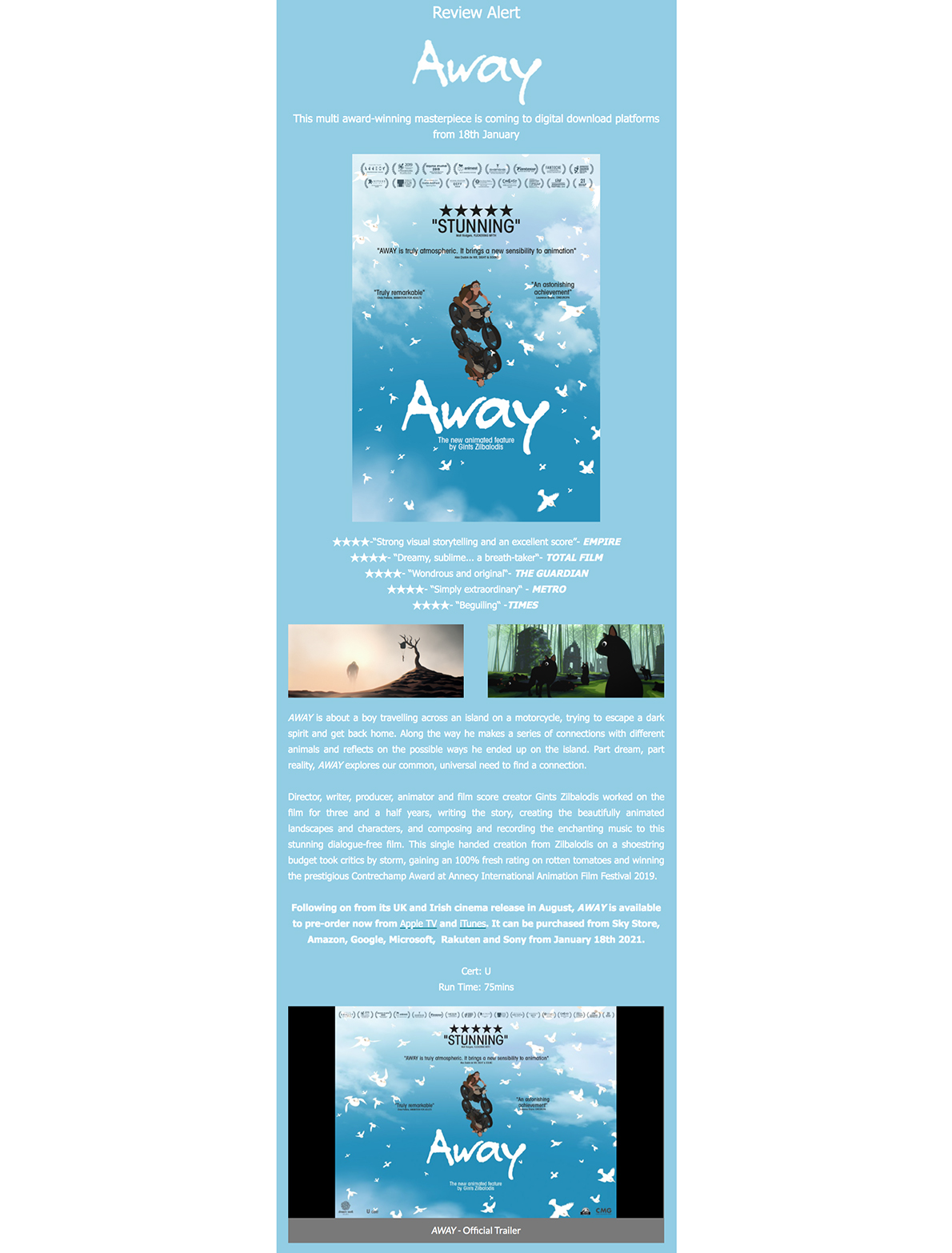 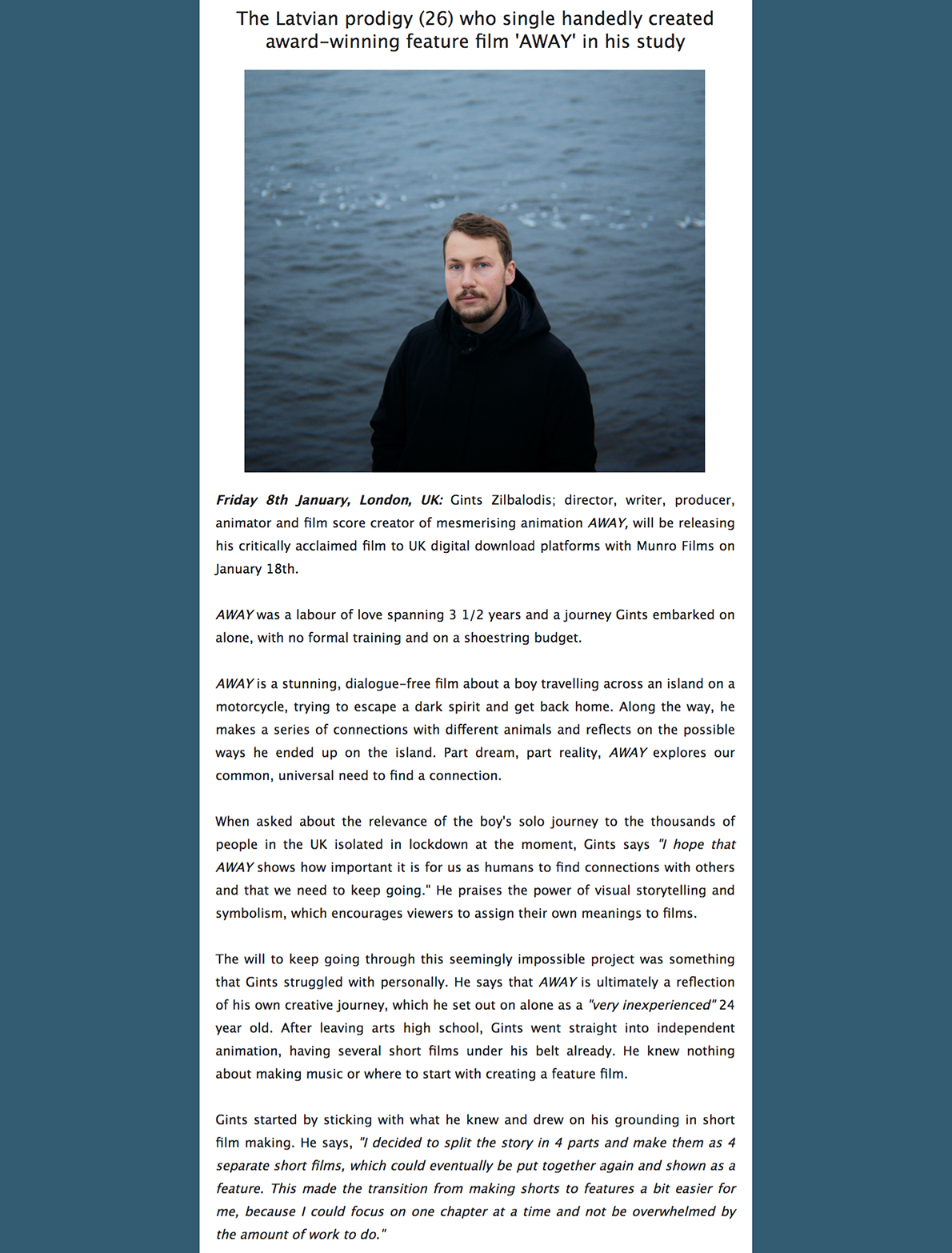 What the critics said 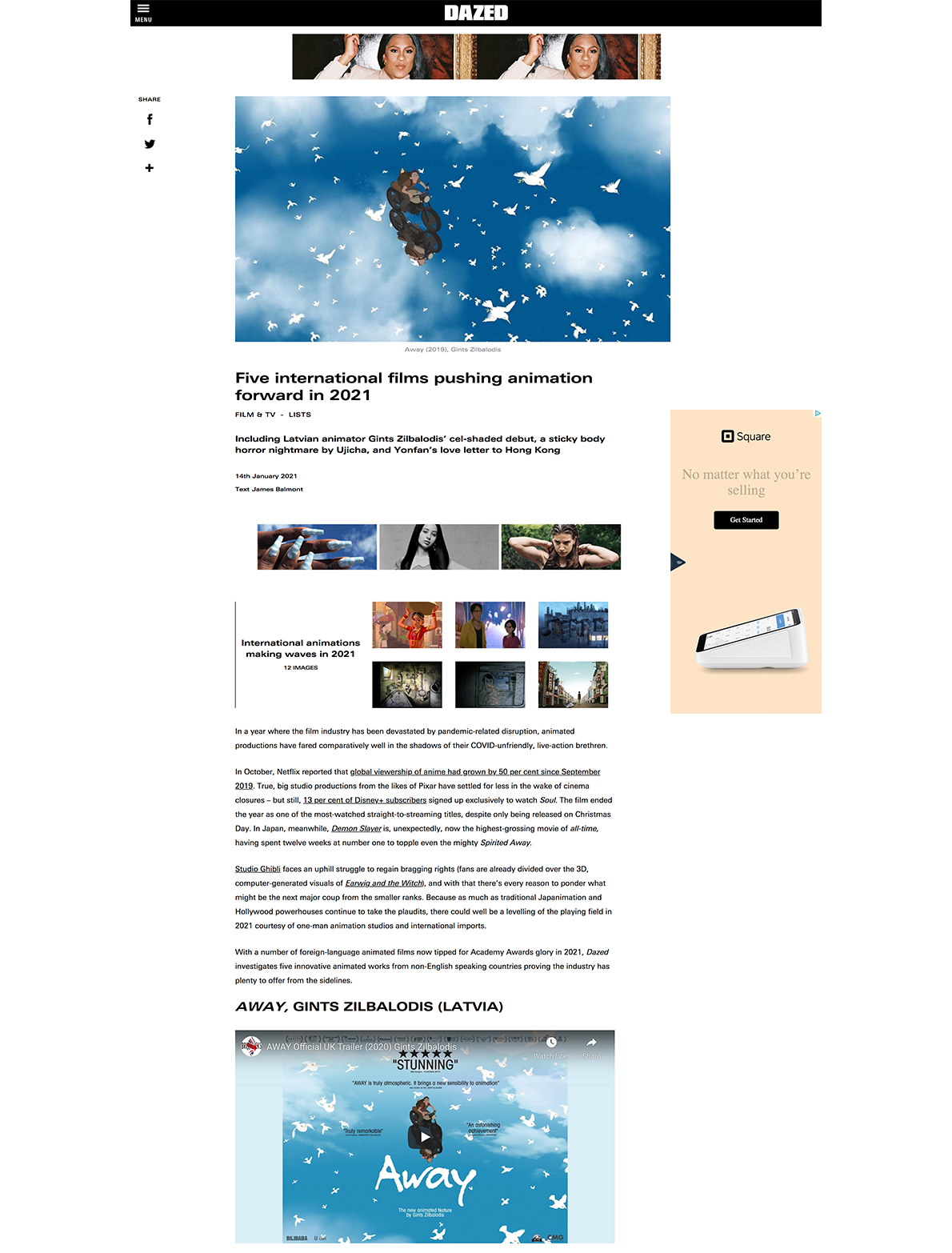 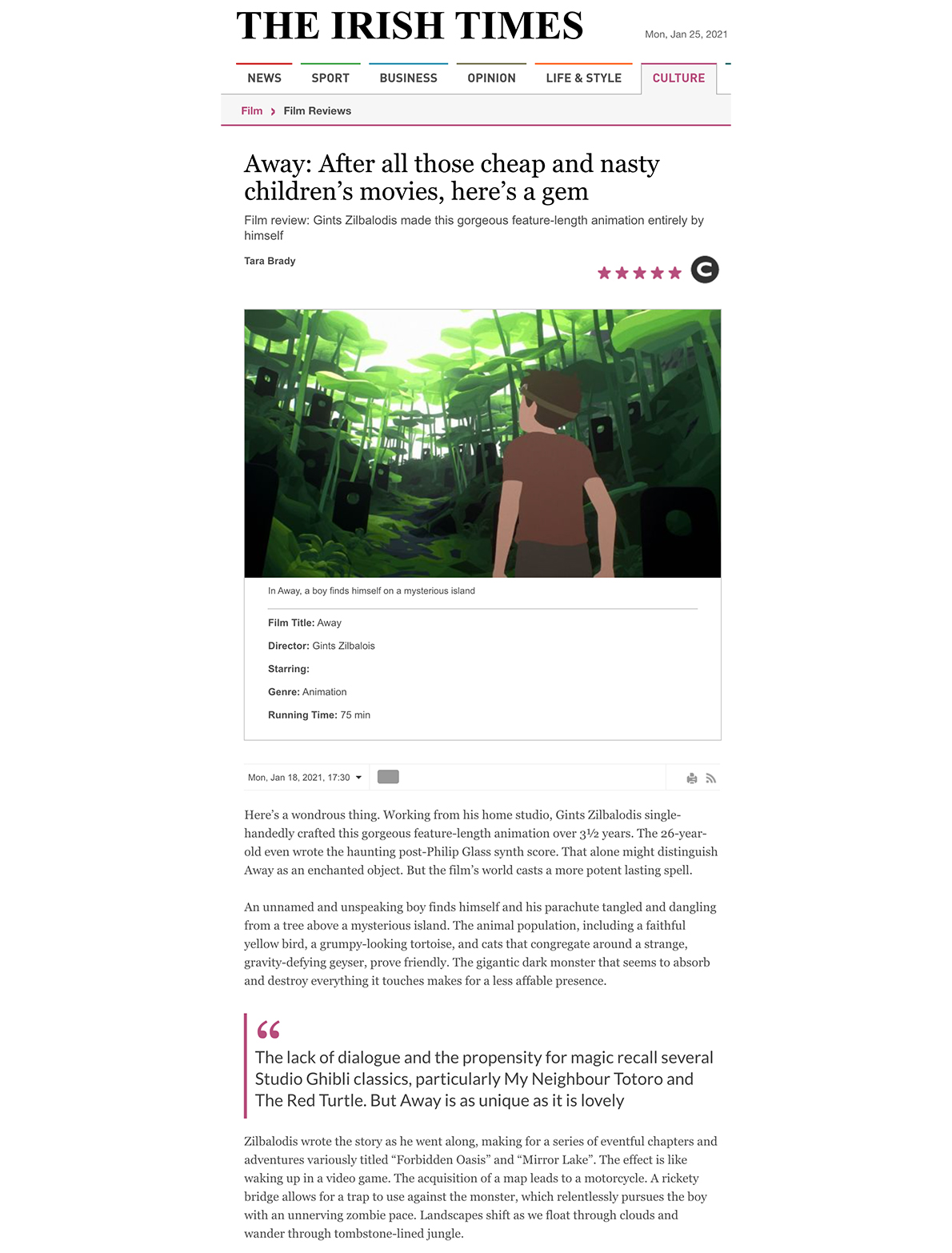 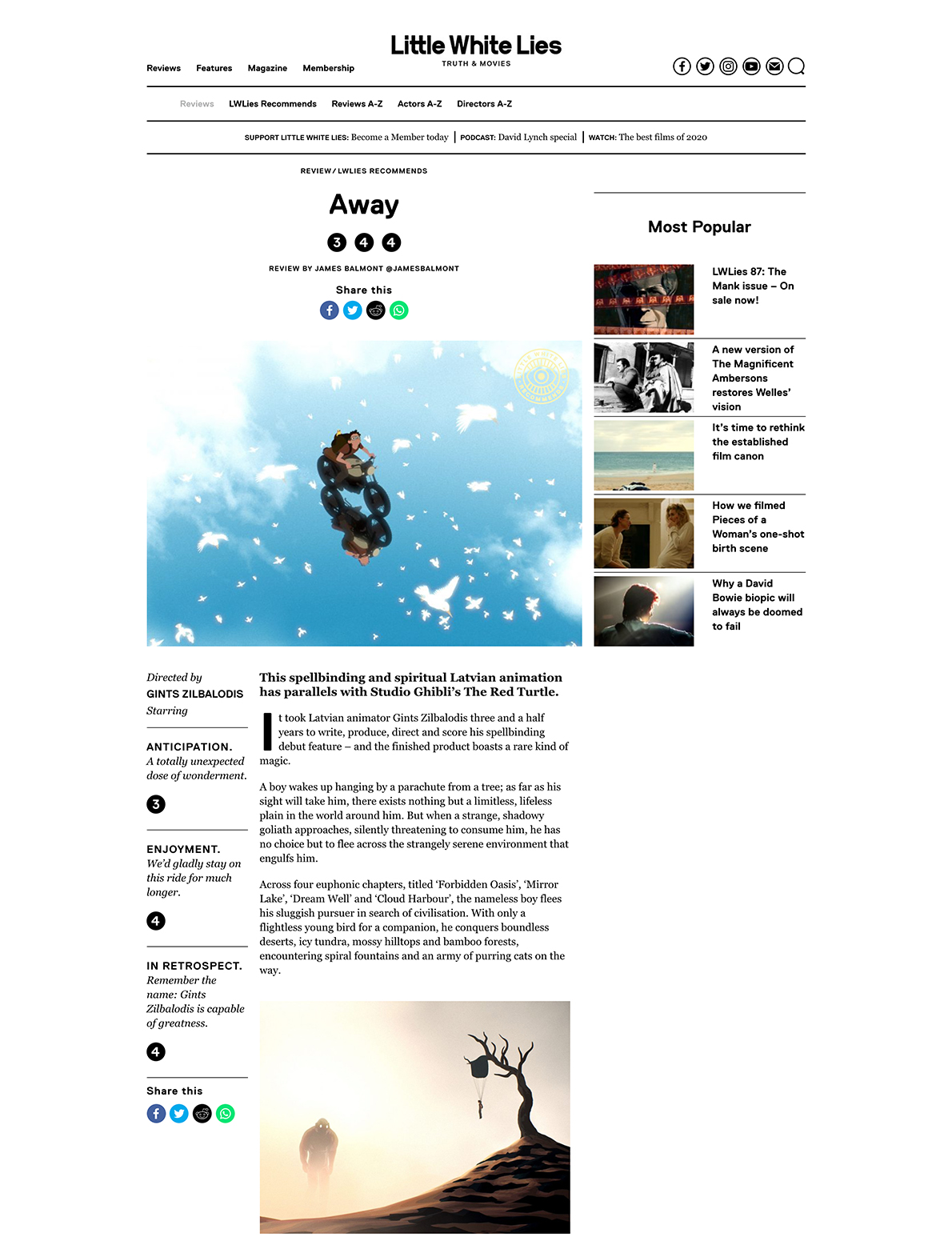 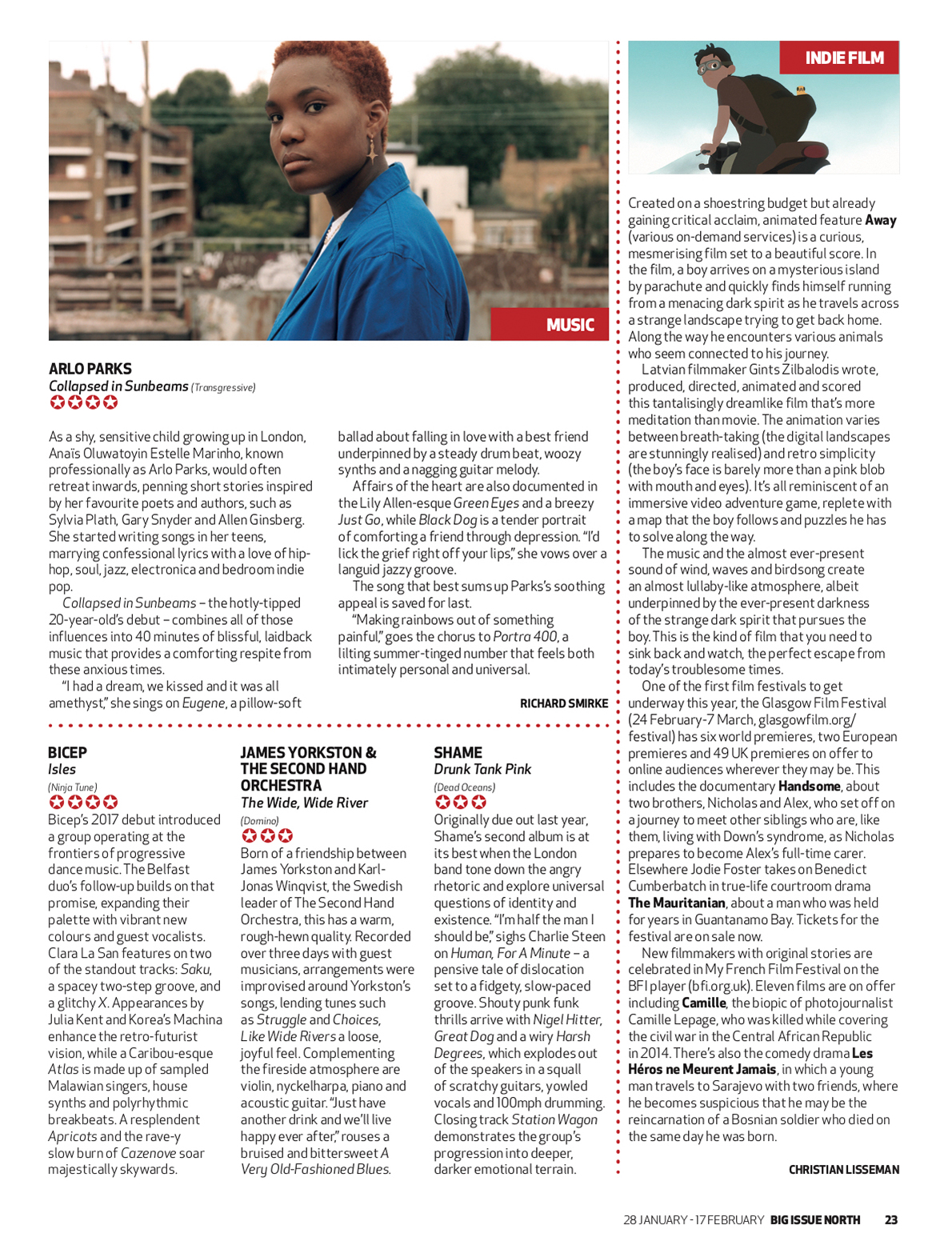 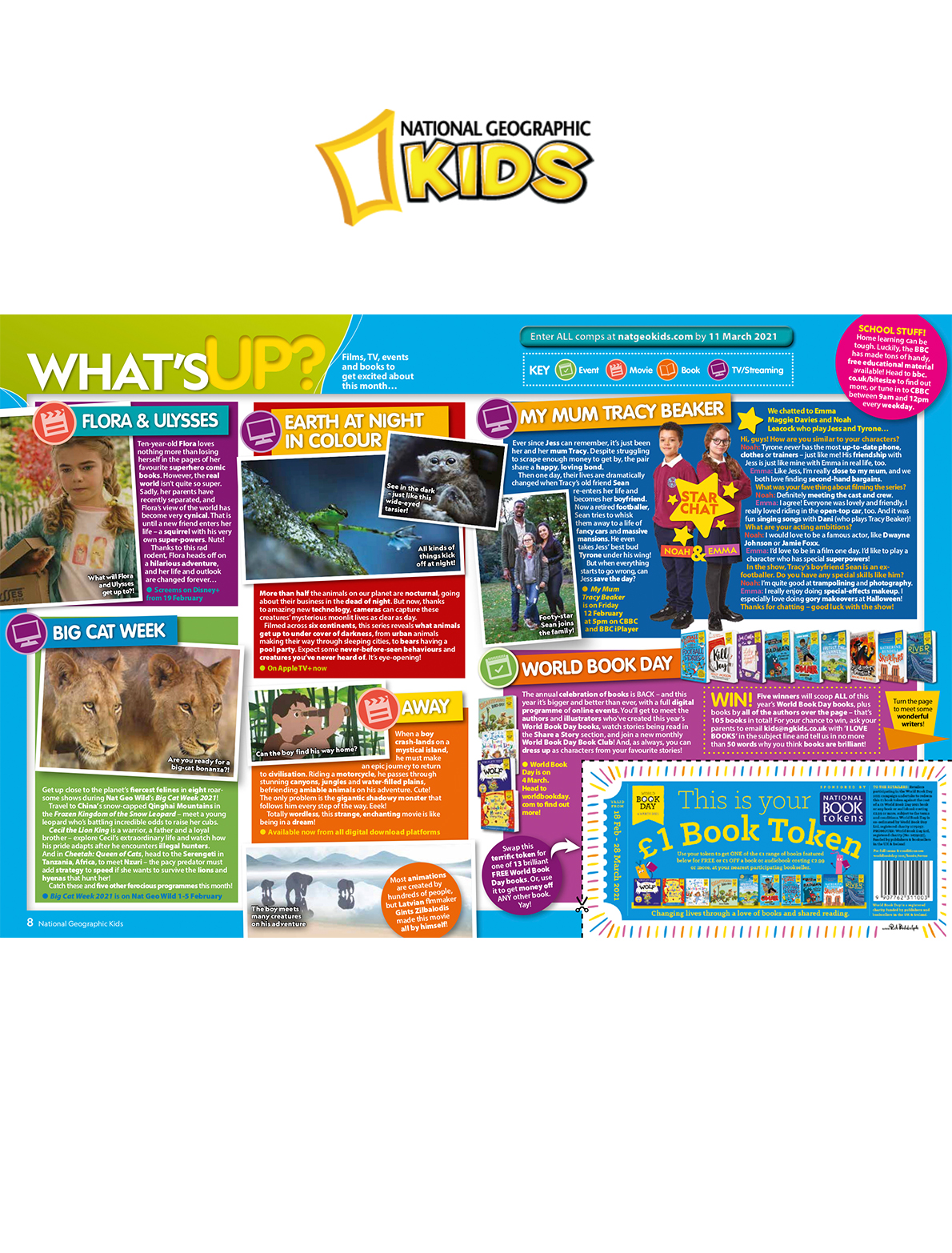 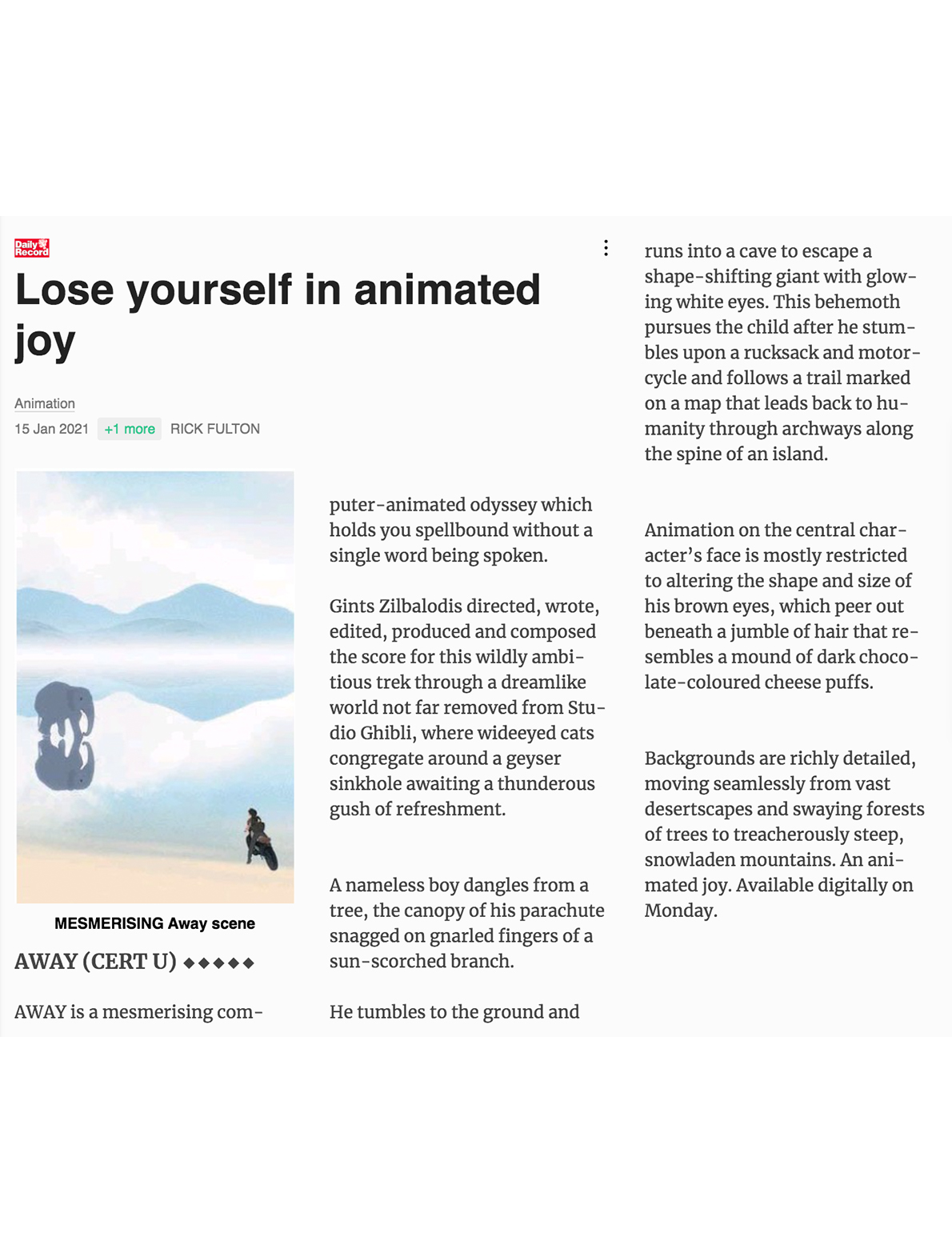 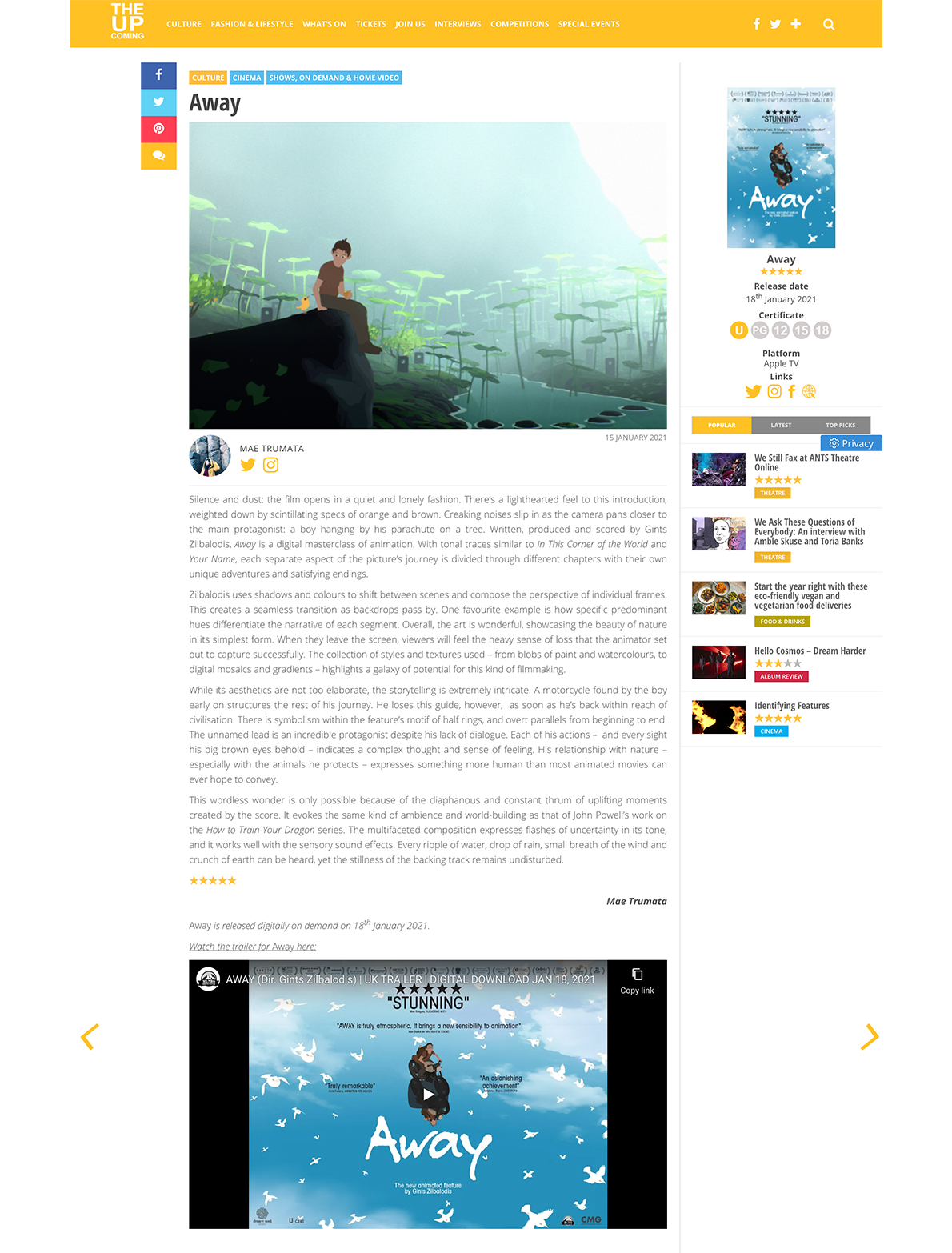 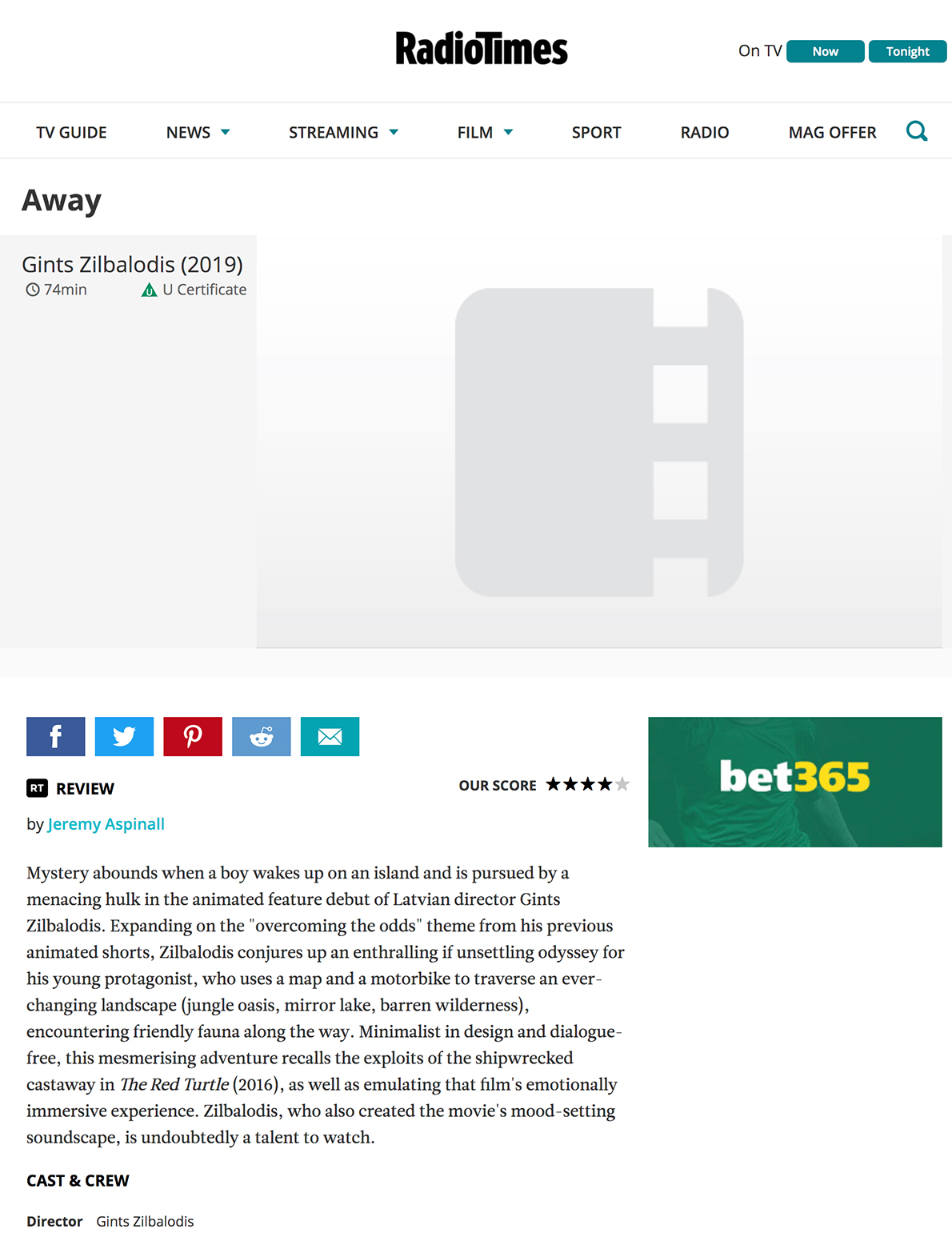 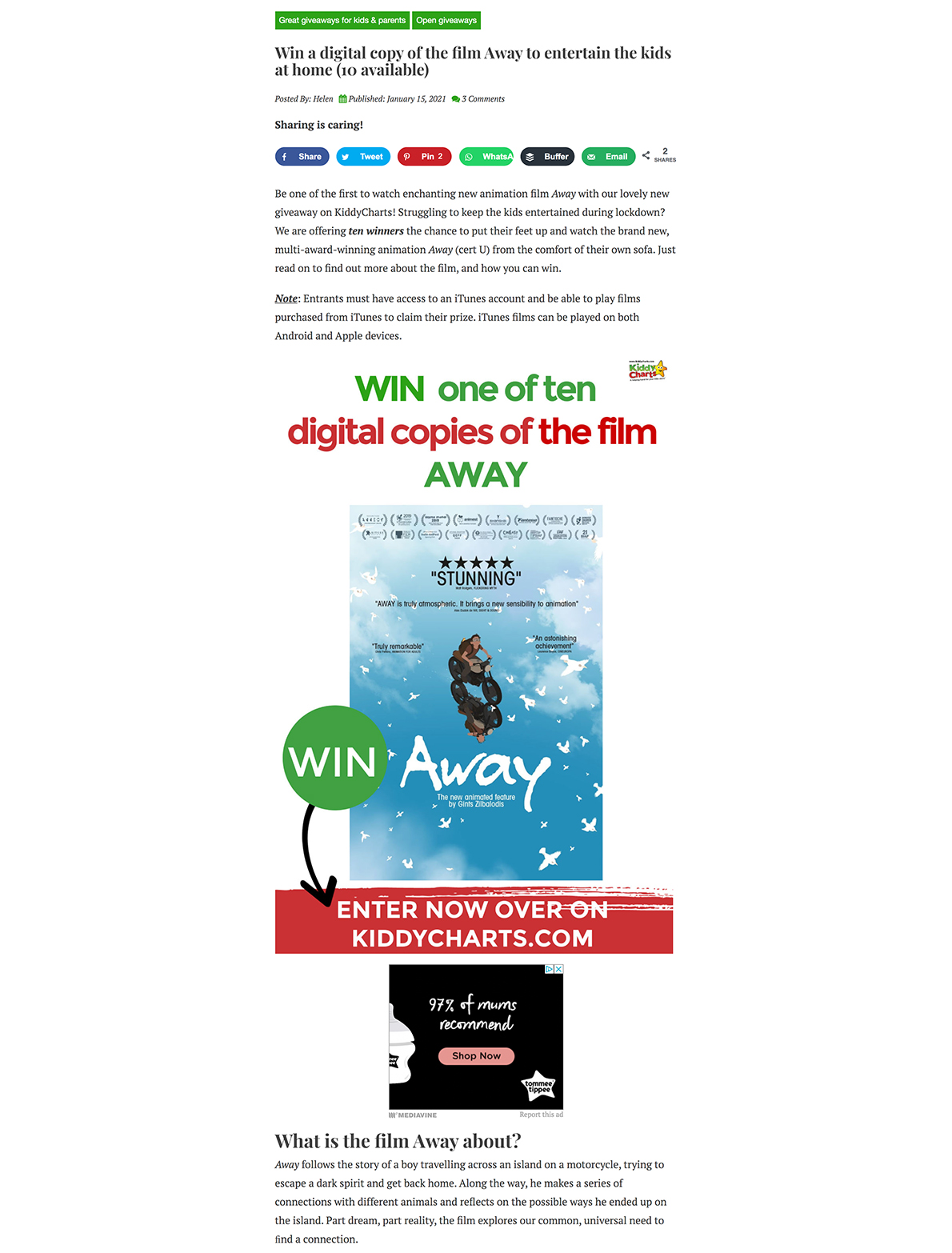 Gints in the spotlight 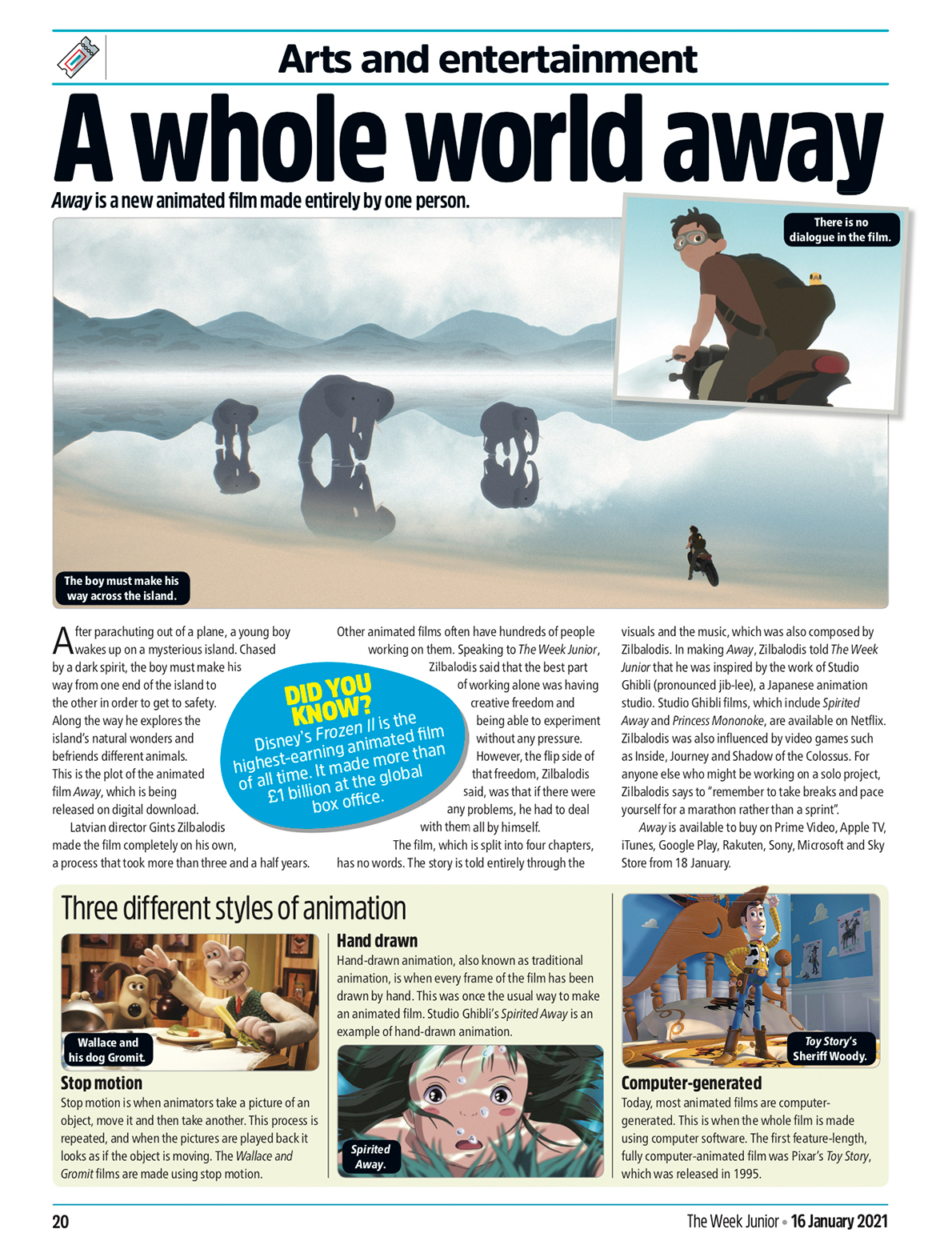 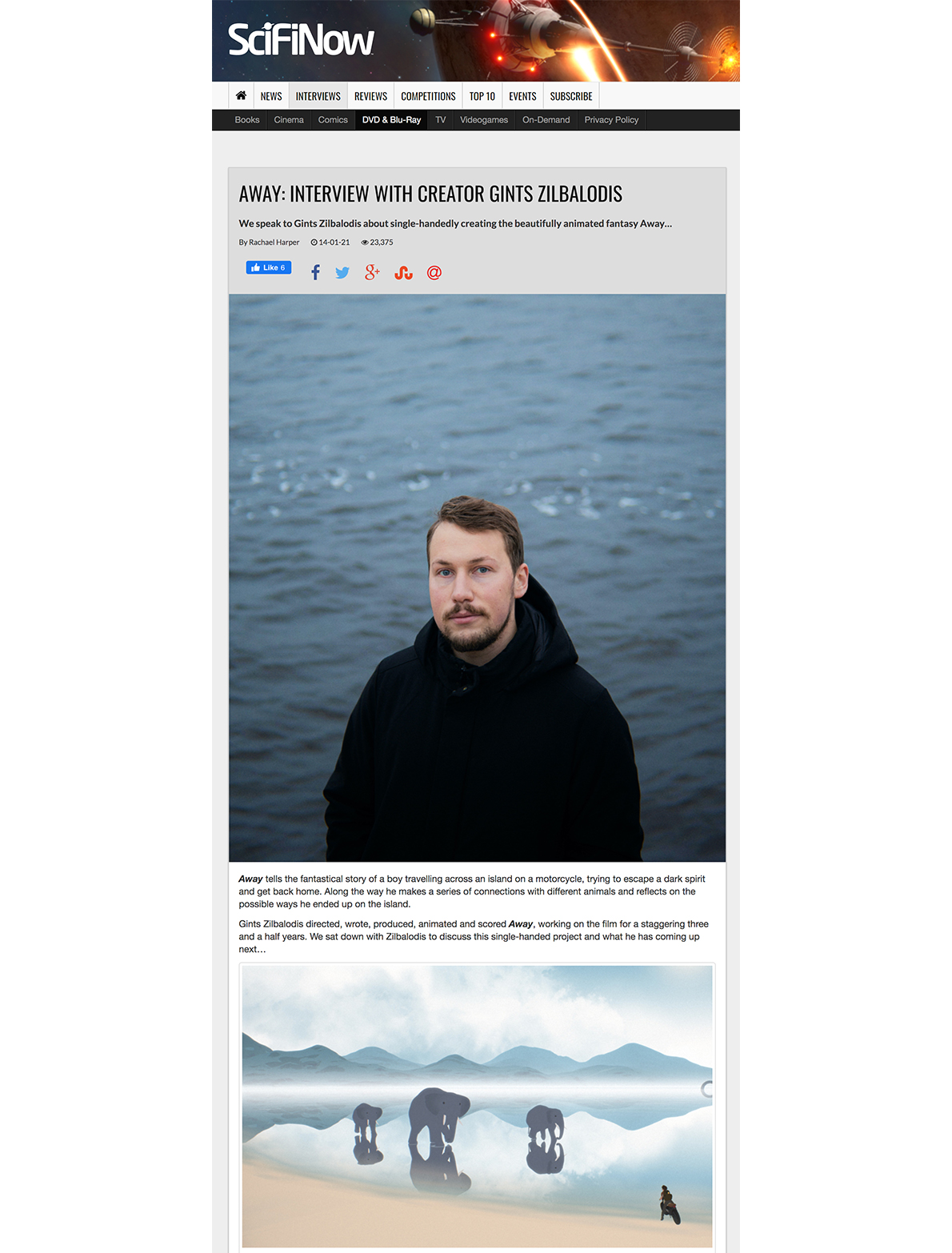 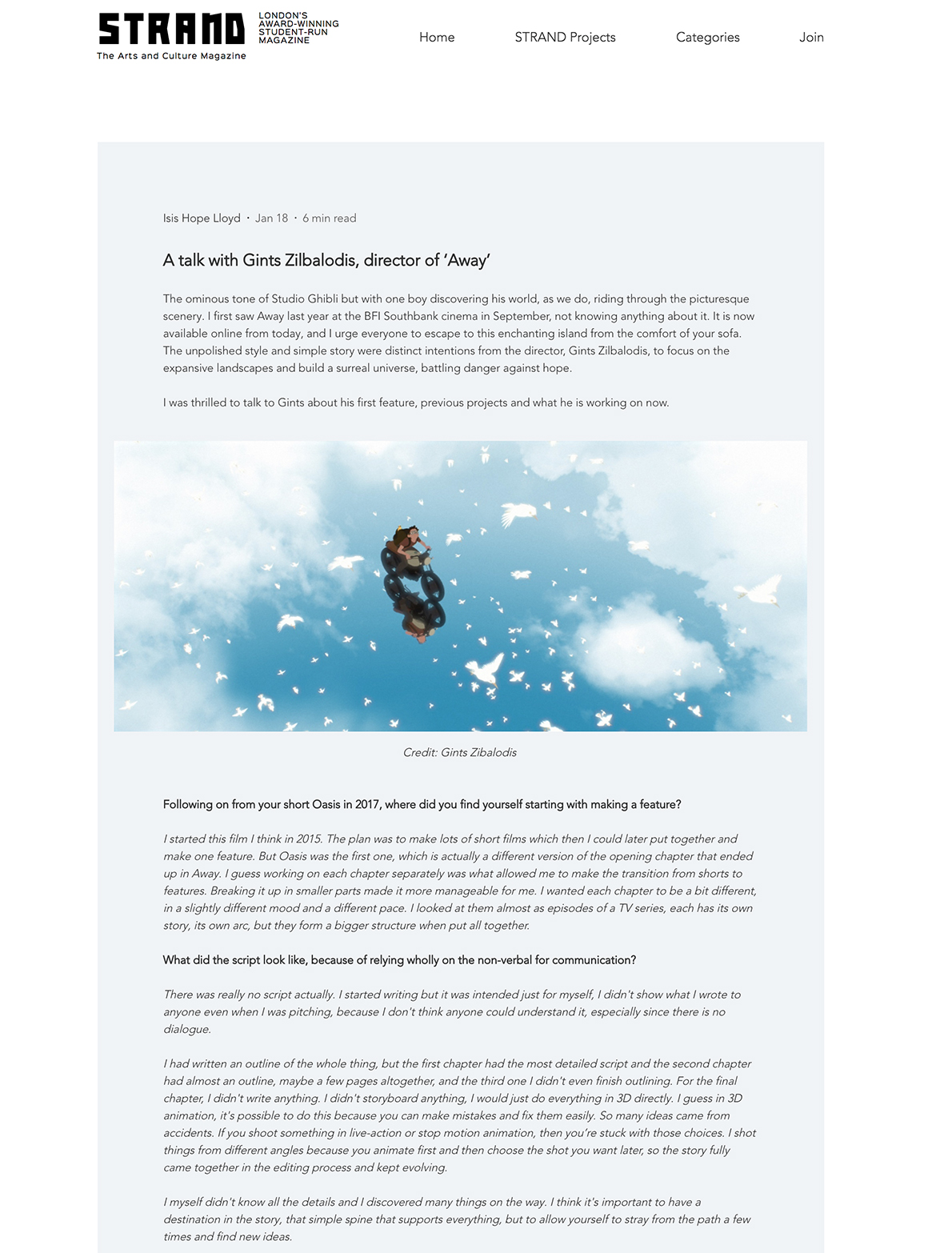 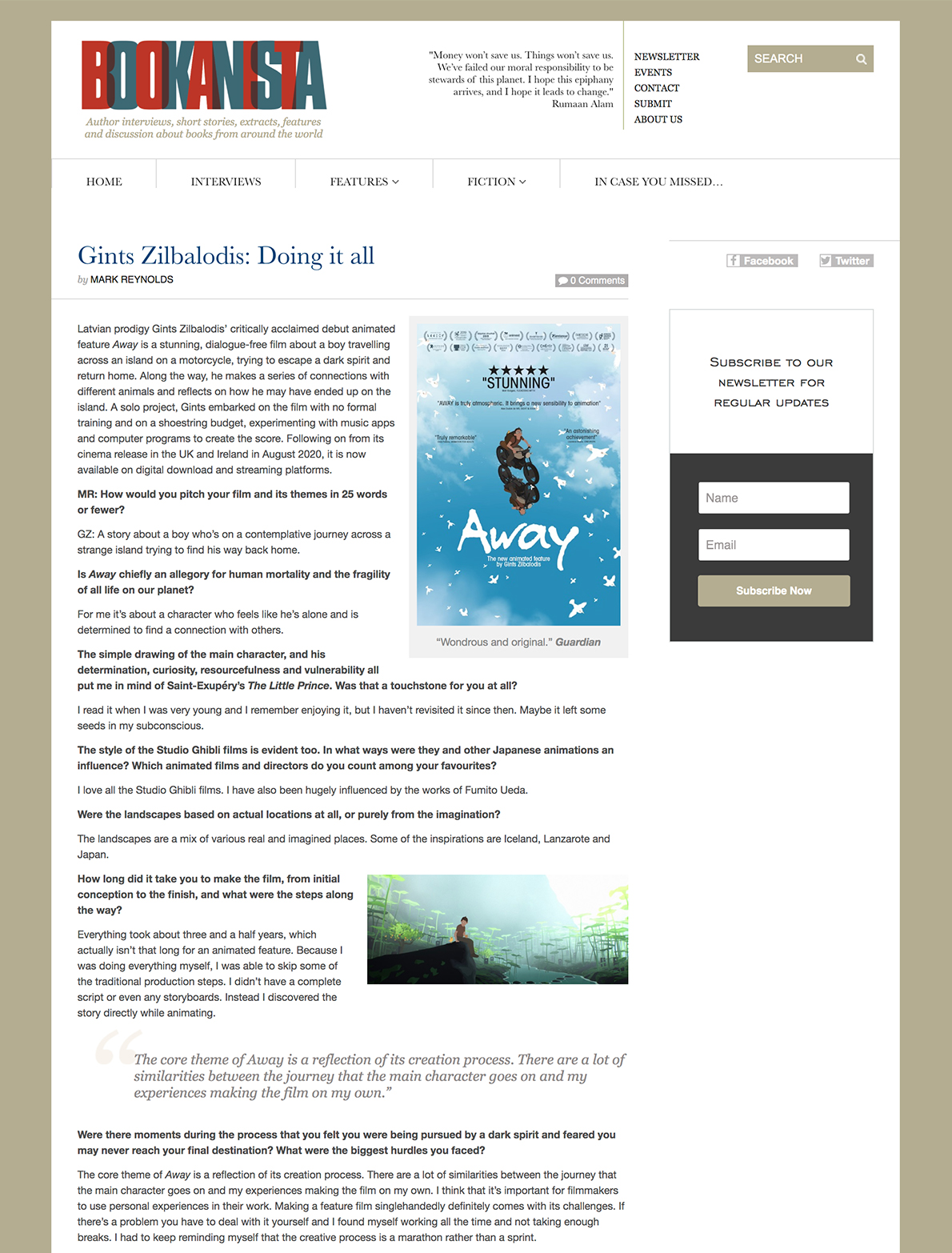 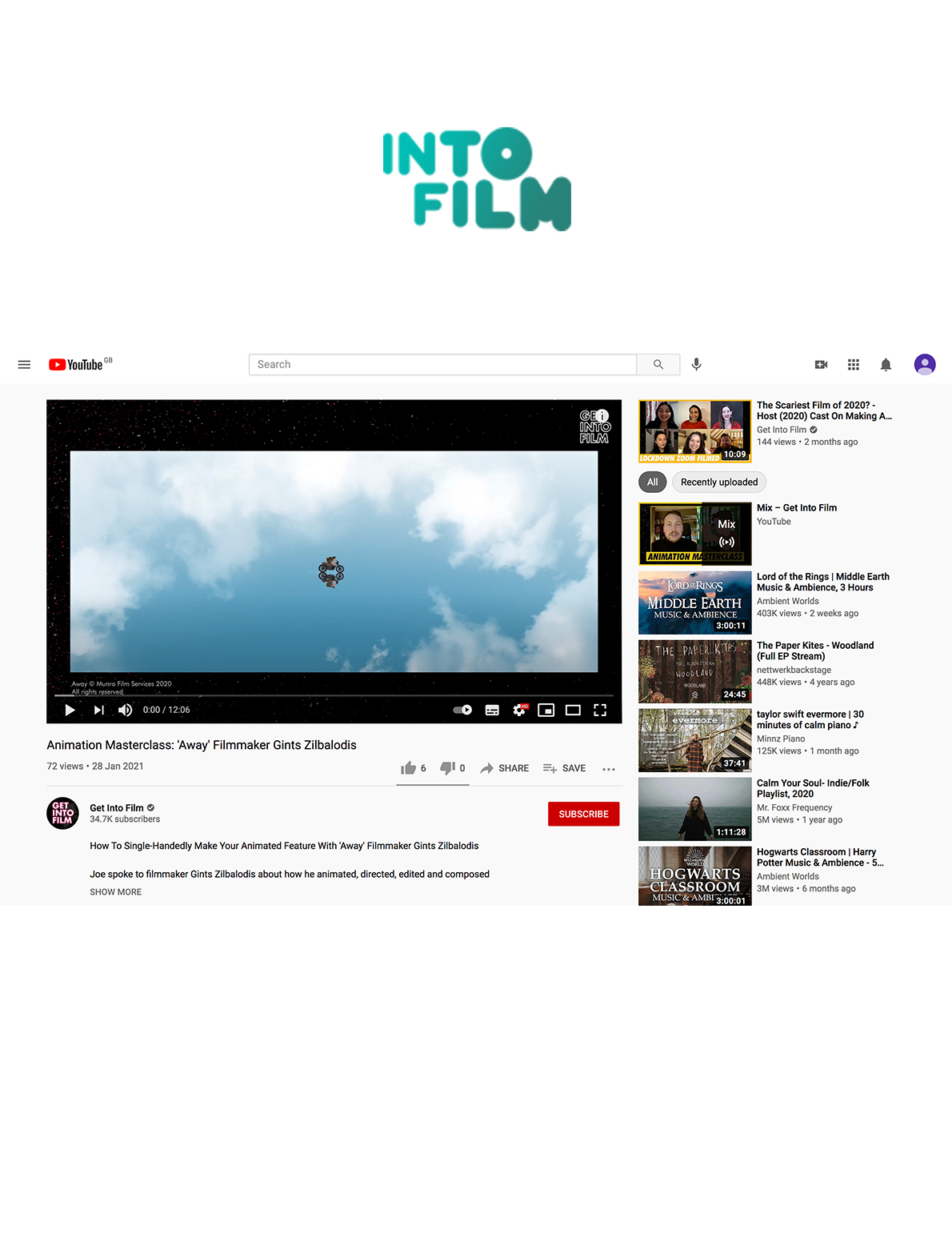 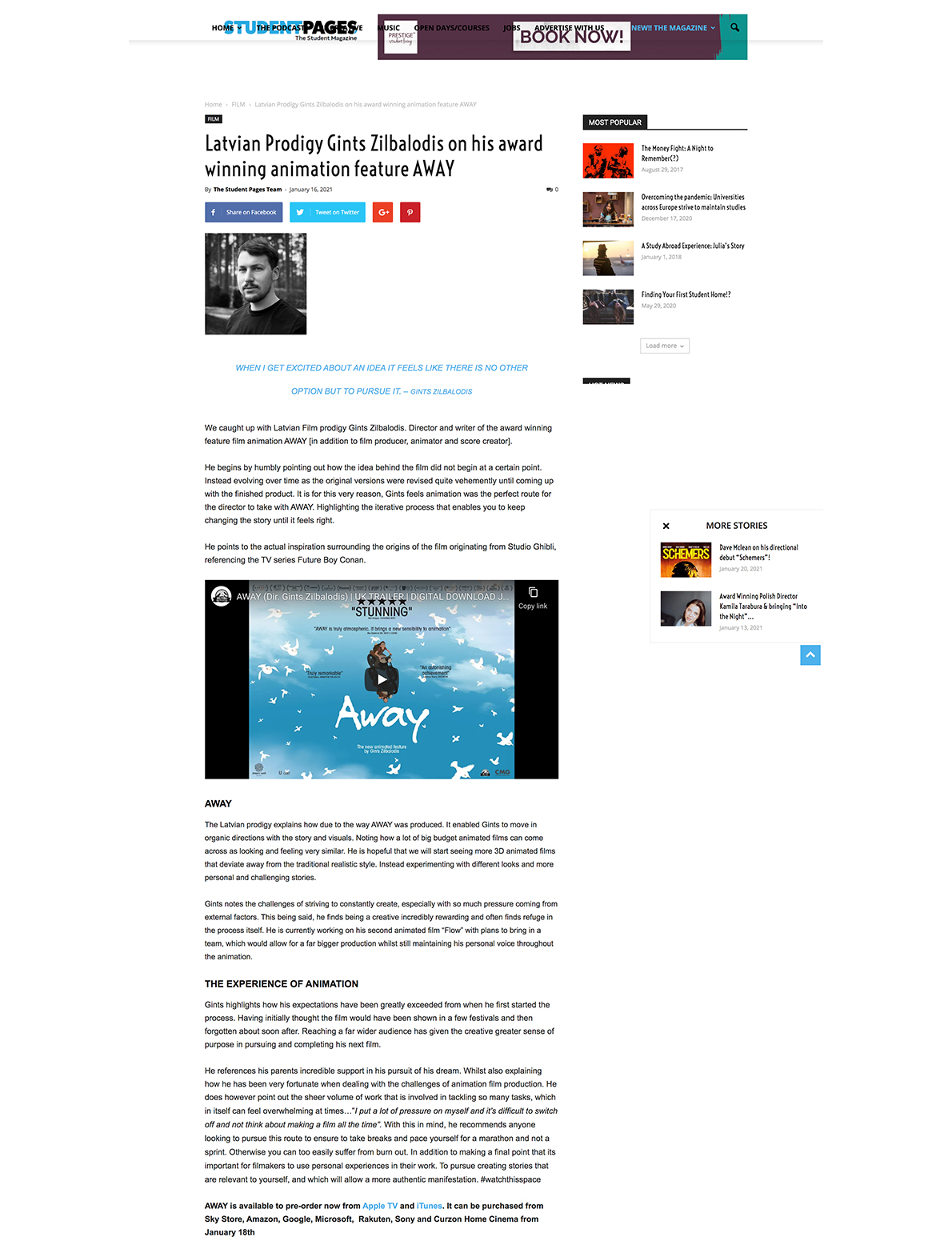