Strike had great fun generating awareness of B3 Media’s quest for 2019 Talent Lab candidates and secured the founder, Mark Boothe an interview on Sky News. Talent Lab was also featured in The Raygun, Big Picture Film Club, Inclusive Cinema and more. We look forward to continuing our work with Mark in the coming months and love everything that Talent Lab is about!

Now in its sixth year, B3 Media’s TalentLab is an innovative creative development programme aimed at BAME artists, writers, creative producers, and filmmakers who are ready to take their careers to the next level.

They are calling for applications from individuals with a strong story to tell, and a track record in film, visual arts, theatre and digital storytelling.  B3 Media is hoping to find 20 candidates with ideas to participate in a series of development labs in late 2019. From this initial group, up to 6 projects will be commissioned.  The selected filmmakers and artists will receive mentorship and development support between October – November 2019 with an opportunity to present their work at B3 Futures creative showcase in central London in November 2019.

Author and filmmaker Nelson George is one of this year’s mentors. George produced the critically acclaimed documentary ‘The Black Godfather’ that recently premiered on Netflix. He also wrote and directed ‘A Ballerina’s Tale’, a documentary about the world-famous African-American ballerina Misty Copeland. He was also Executive Producer & co-writer on the successful Netflix series ‘The Get Down’, created by director Baz Luhrmann and Pulitzer-winning playwright Stephen Adly Guirgis. Additionally, Queen Latifah won the Golden Globe for playing the lead in George’s HBO directorial debut, ‘Life Support.’ 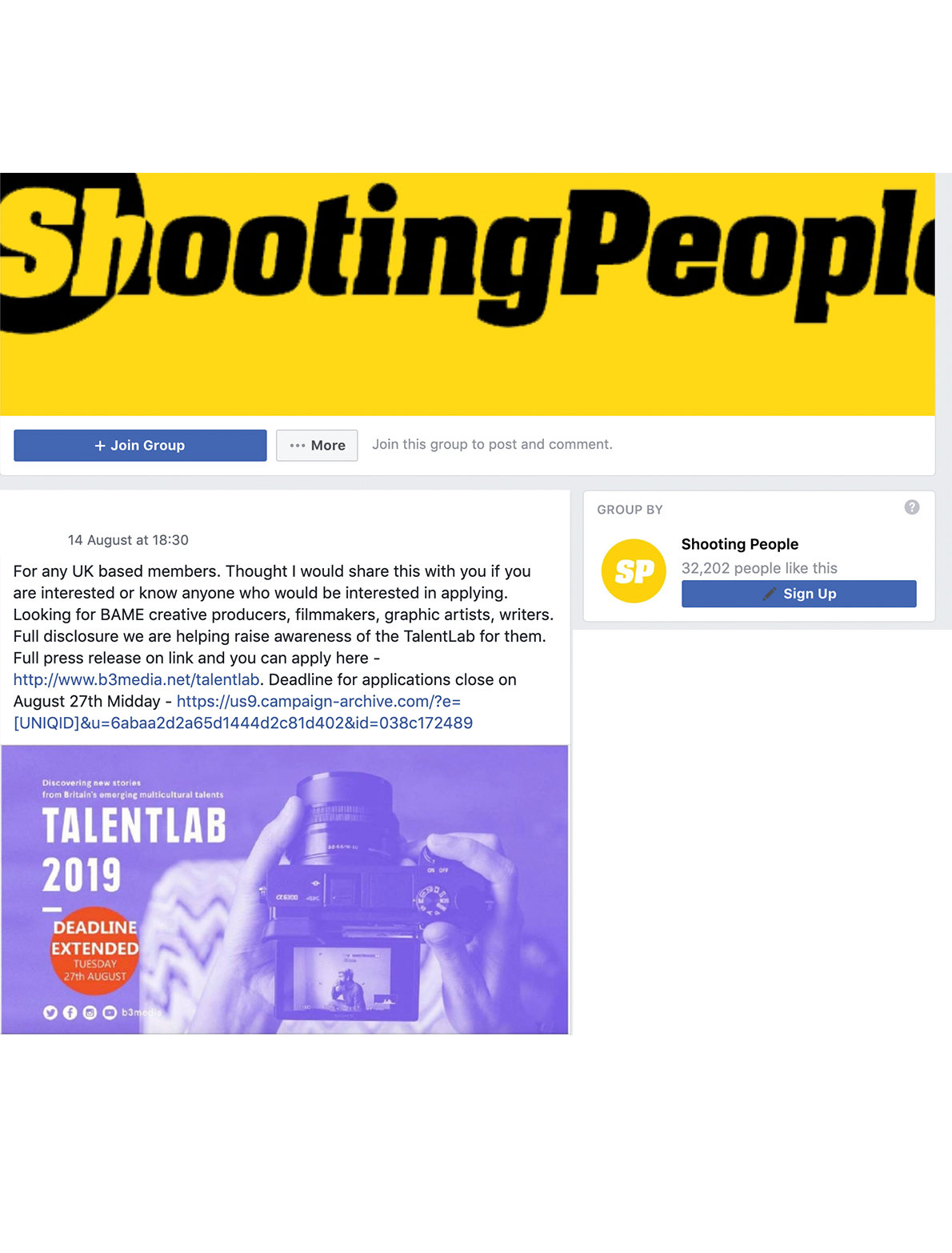 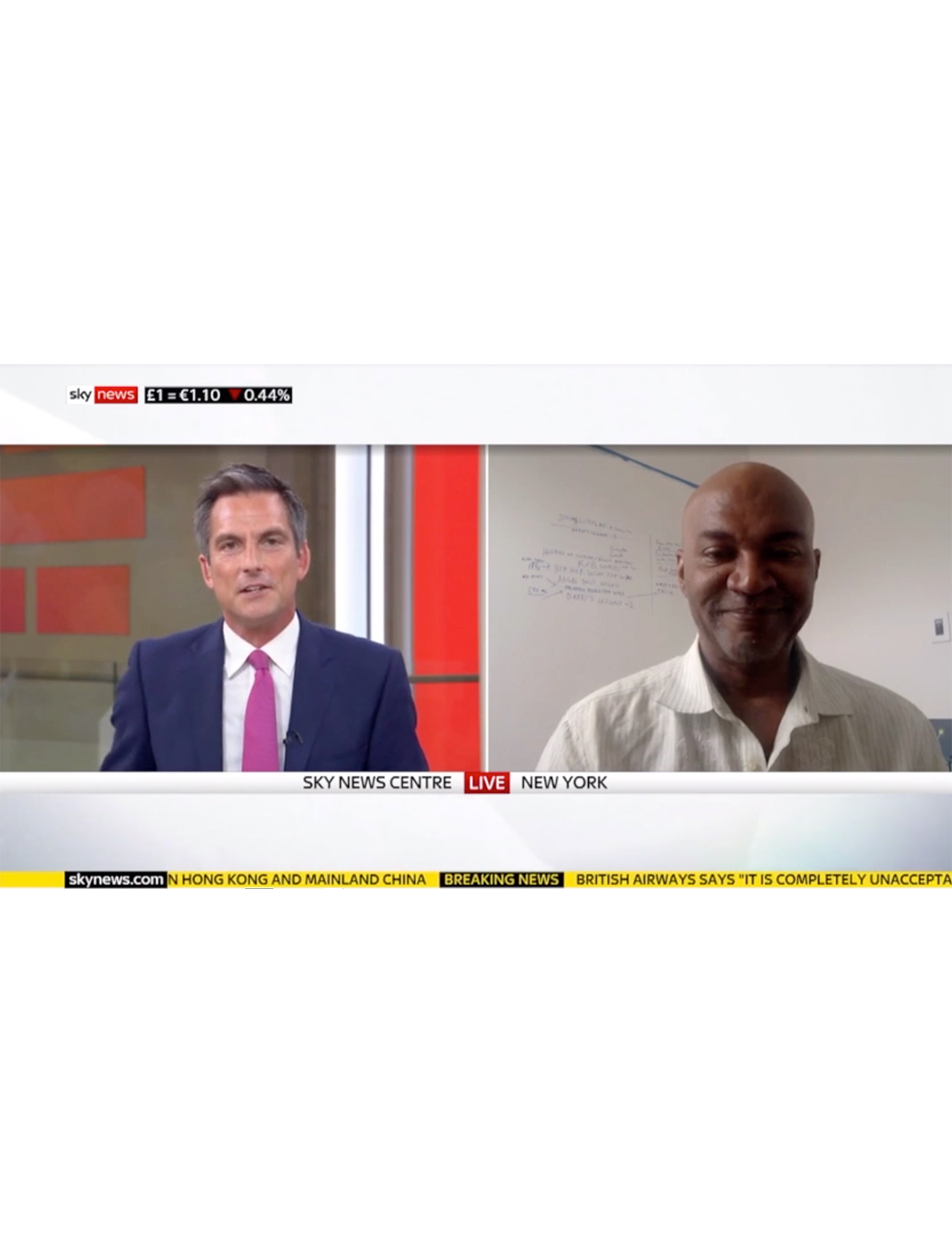 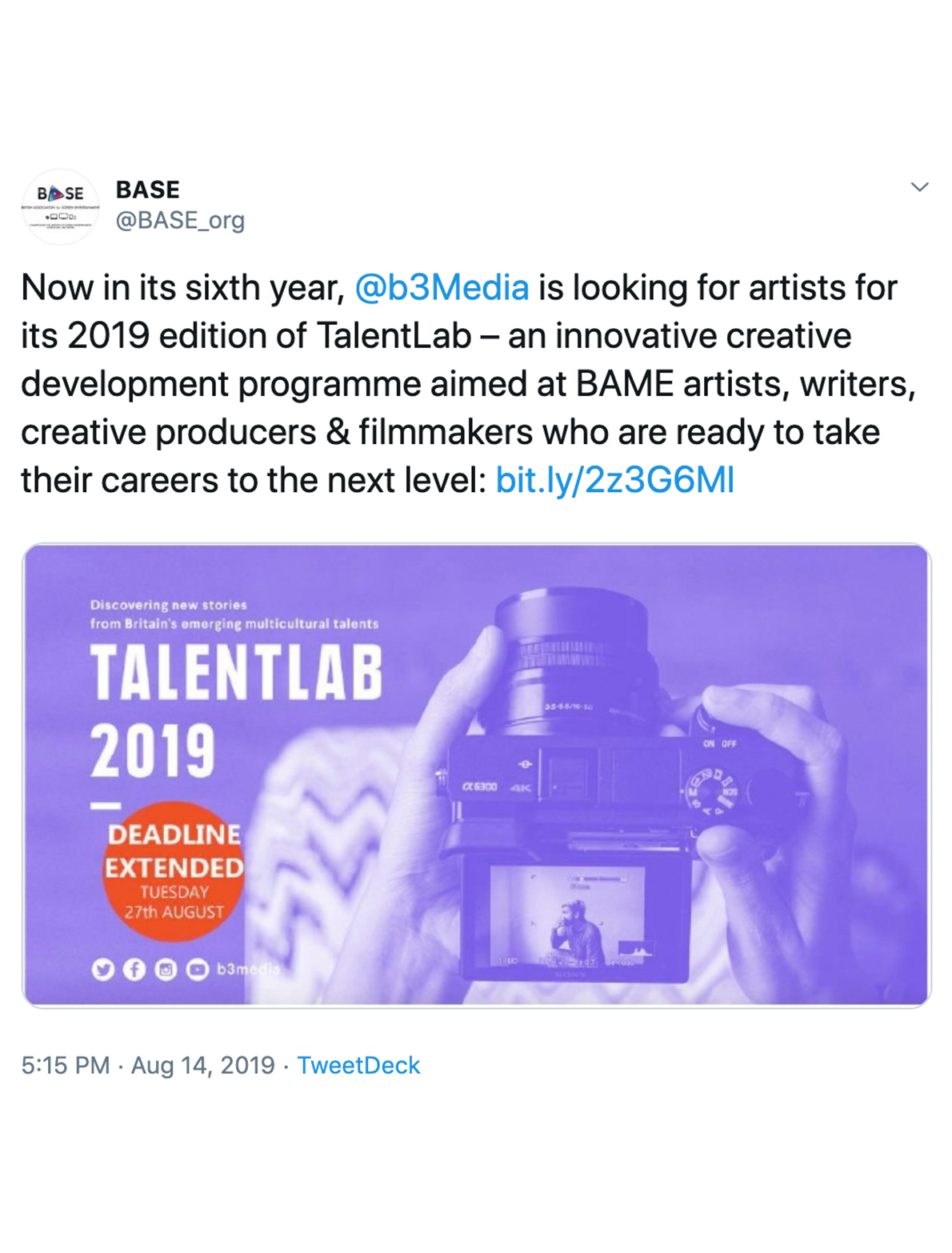 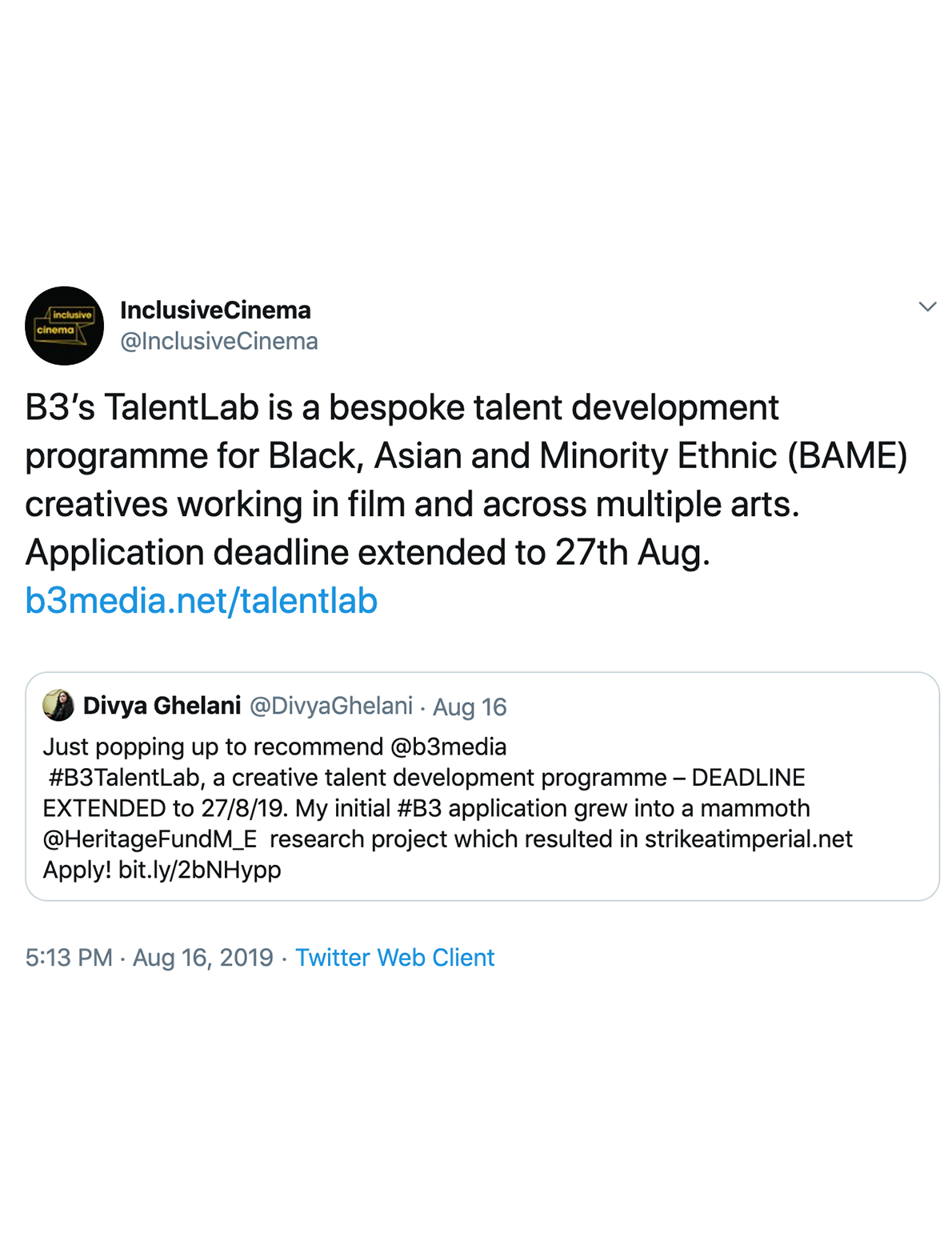 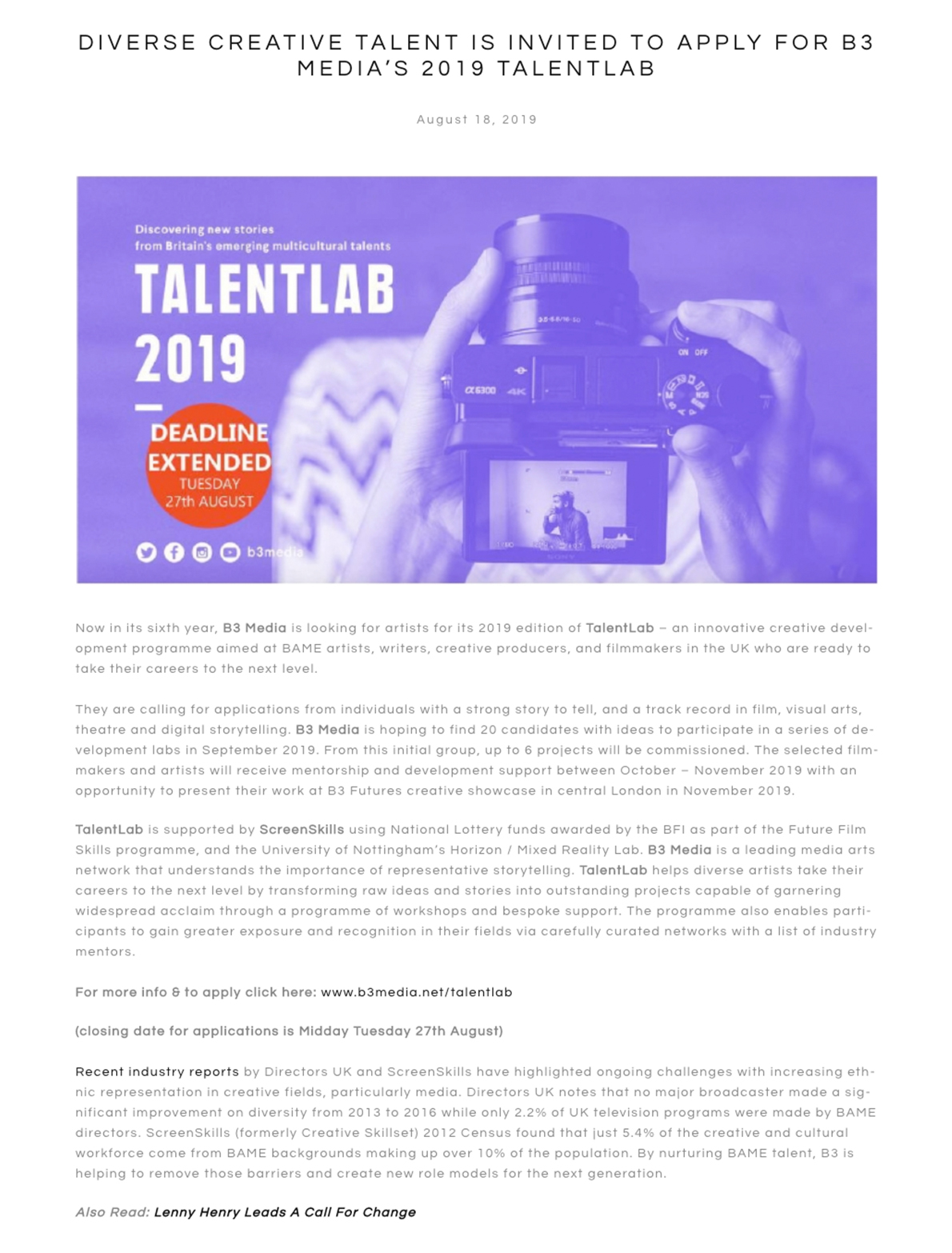