Beyond Existence is an exciting female-led feature film from Capital Films made by industry professionals from the UK’s best TV shows, commercials and branded content campaigns The team were on the hunt for final investors in order finish the film’s post production at the level it deserves.

The film follows Ellen, the ultimate professional, and The Professor, an old drunk with an acid tongue, don’t exactly make for the perfect travel companions. But the pair learn just how important their newfound relationship is when the road trip turns into a car chase.

As they flee from the Mysterious Man – a bounty hunter resolute that The Professor sticks to his original assignment, Ellen discovers that the technology assumed to make her civilisation superior, is also the source of a predetermined path of destruction: and the Professor is the instigator.

To save humanity, Ellen will go beyond fate, beyond destiny, and beyond existence.

Strike were thrilled to join this project and bring attention to an exciting new up and coming sci-fi film. The main aim was to bring attention to the film’s Indiegogo campaign, to do this the team created an engaging press release resulting in news stories from key Sci-Fi publications as well as general film focused press. Following the press release, Strike also pushed for interviews with the key creative team behind the film securing a two-page feature in May’s issue of Film Stories magazine as well as other opportunities. 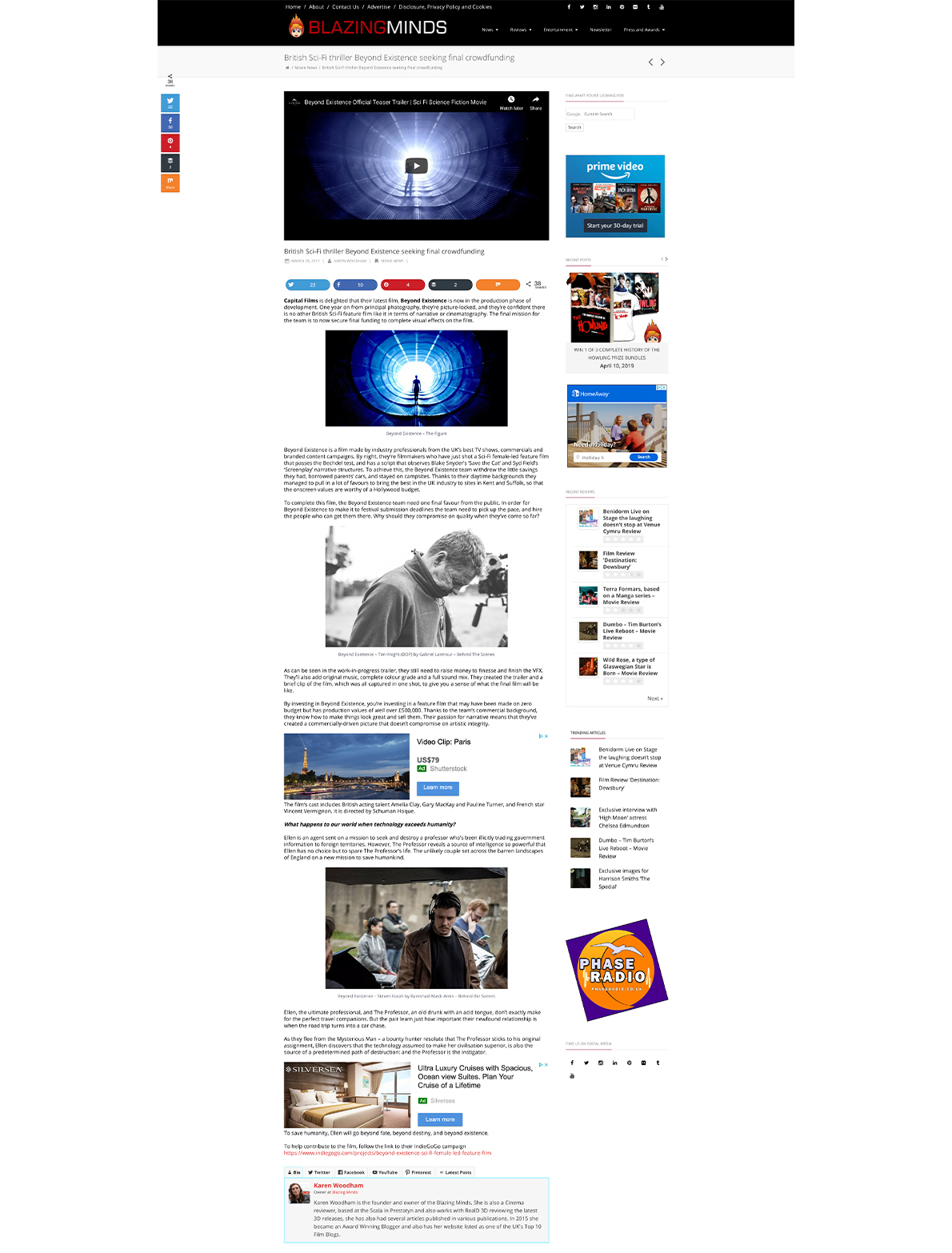 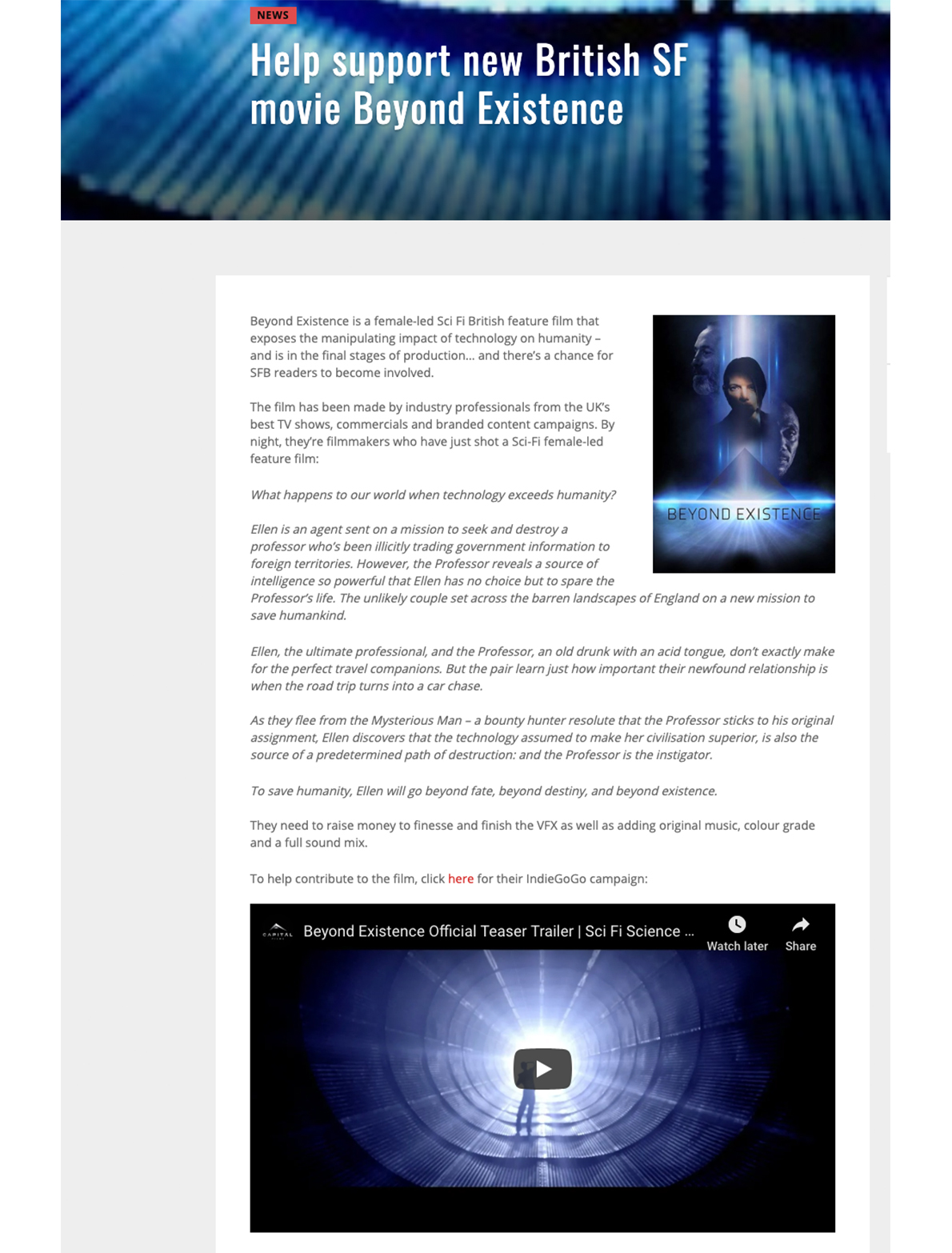 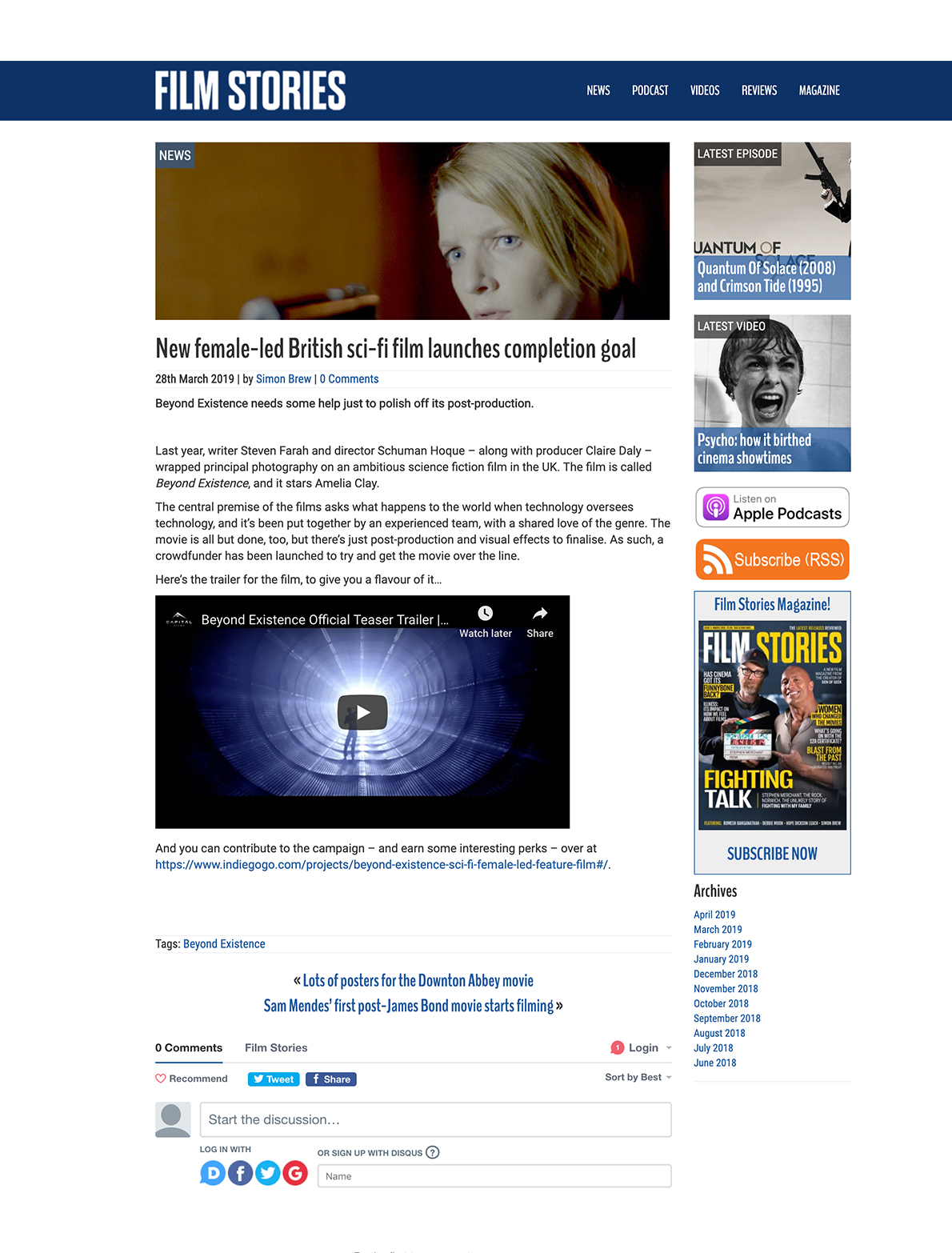