Carmen on the Lake

Strike Media handled the PR for the Event Cinema distributor, CinemaLive. In 2017, we worked on La Boheme, Carmen on the Lake & Raphael. These were extremely targeted campaigns and we landed great coverage in Time Out, The Guardian, Opera Now, Opera (the world’s leading opera magazine), Gramophone and more.

This particular campaign streamed an iconic performance of George Bizet’s Carmen, filmed on a floating stage during the Bregenz Festival in Austria. The state of the art set was designed by British Artist Es Devlin, who had previously created masterpieces for Kanye West, Adele, The Pet Shop Boys and U2. Directed by Kasper Holten, this adaptation saw a fusion between modern pop culture and one of the most loved operas of all time. 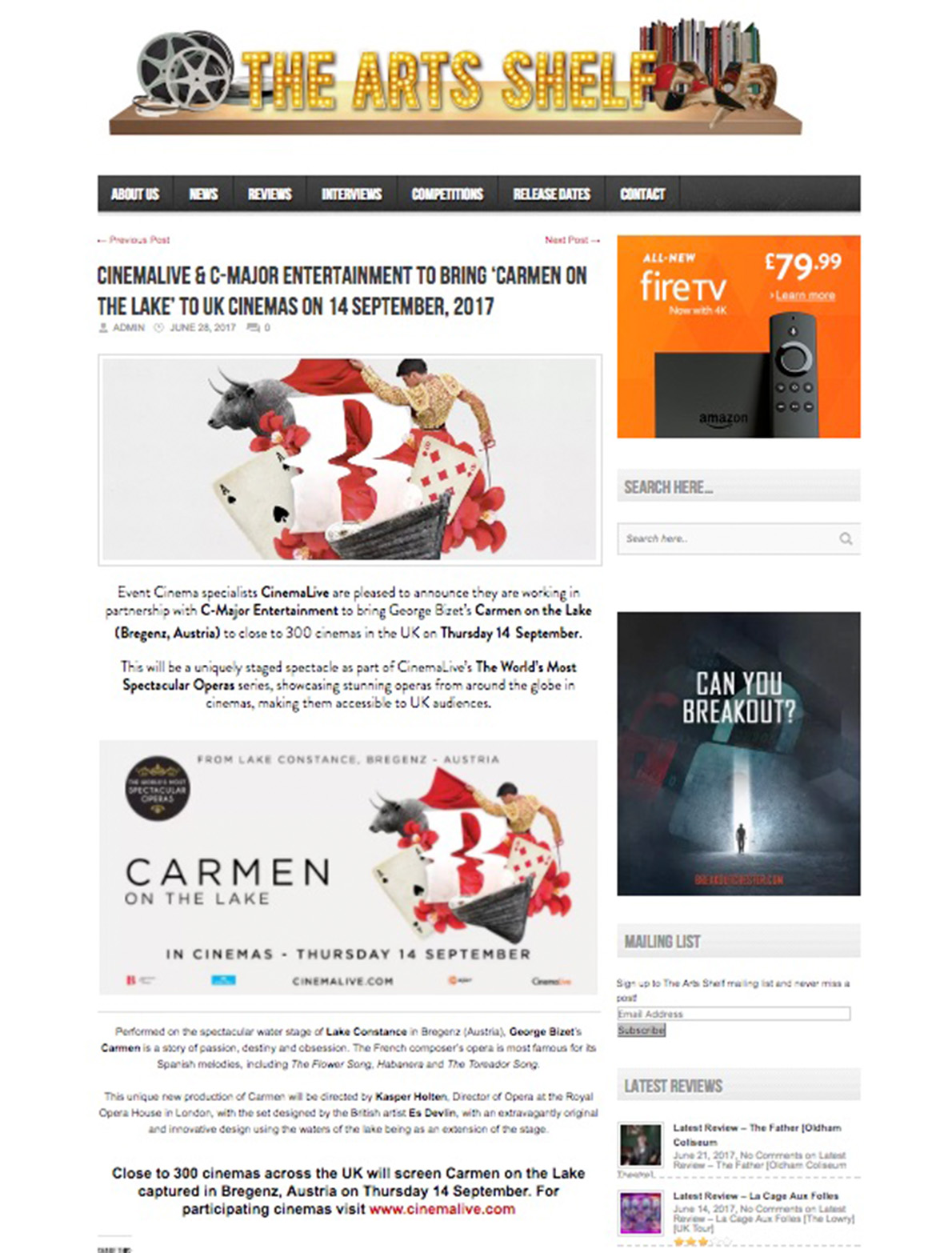 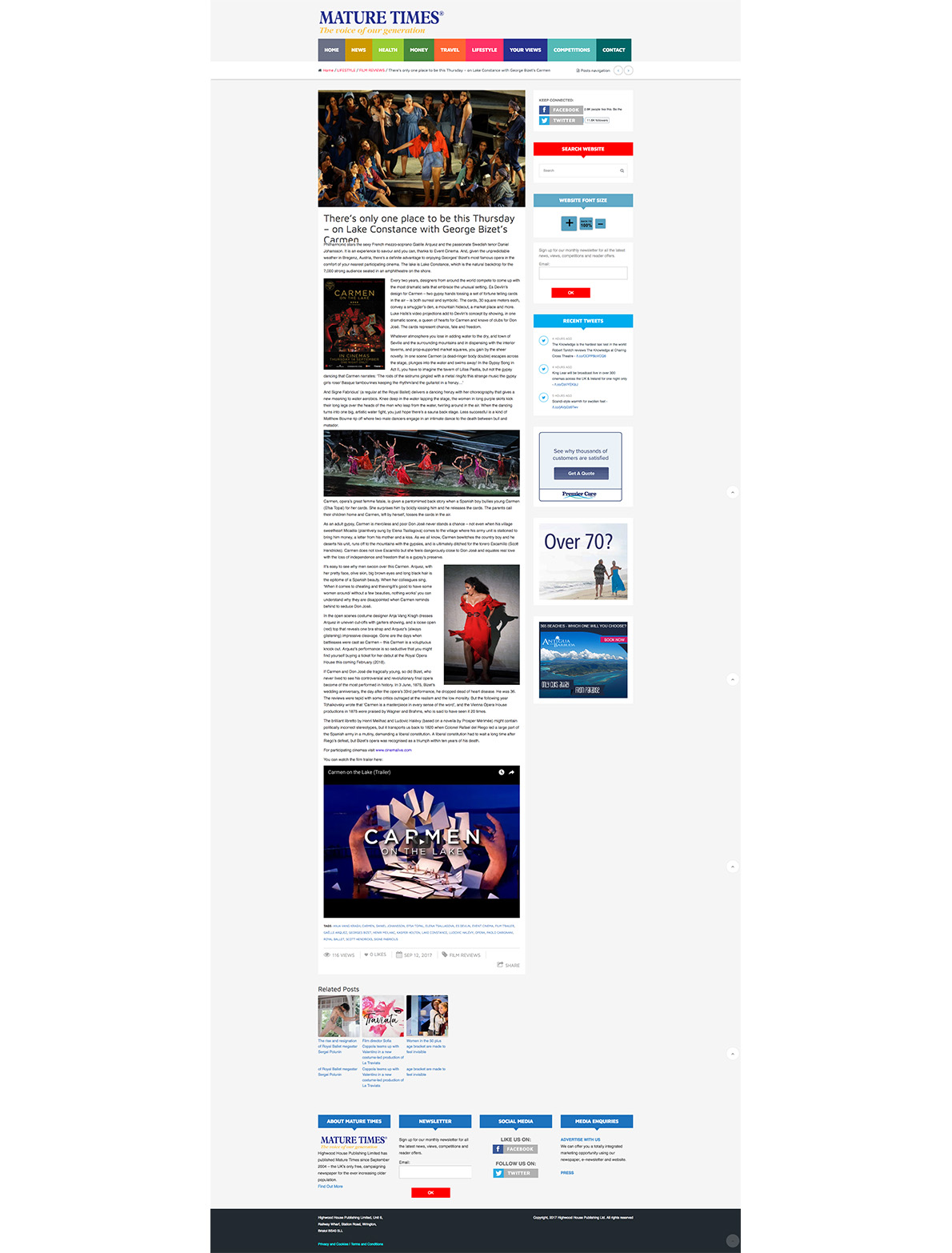 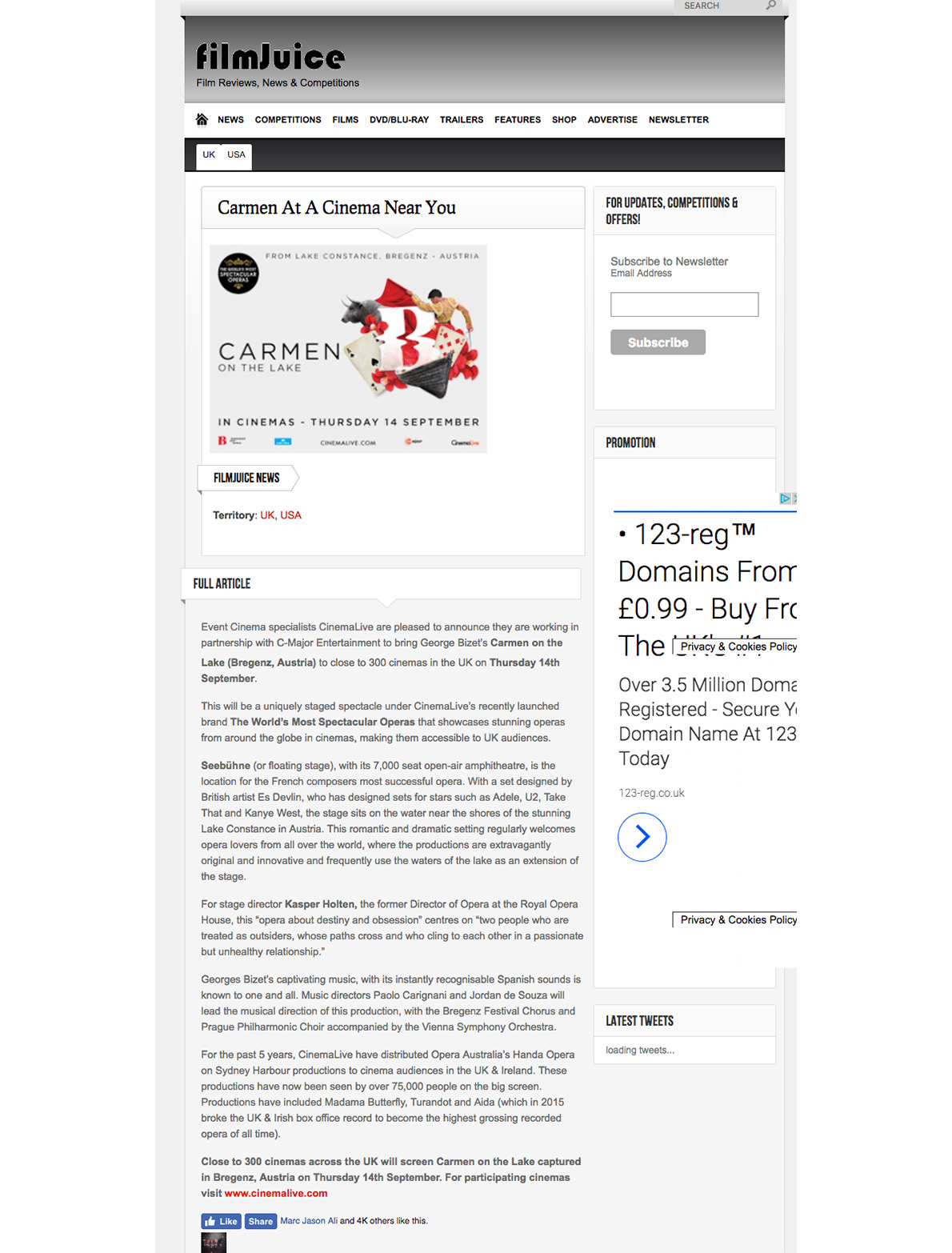