Caught In The Net

Aimed at shining an urgent light on the taboo subject of the online abuse of children Caught In The Net follows an innovative experiment set up to expose the internets hidden predators.
Three actresses, three children’s rooms, 10 days and 2,458 sexual predators. Three over-18 actresses are tasked with pretending they are 12 years old on fake social network profiles. In faithful copies of children’s rooms created in a film studio, they chat and Skype with men of all ages who have searched for and contacted them online, all the while secretly monitored by the production team, psychologists, and legal advisors.
The documentary follows the gripping drama from casting to face to face meetings with predators (watched by security and six hidden cameras). Predatory tactics are gradually turned against perpetrators and the hunters become the hunted. 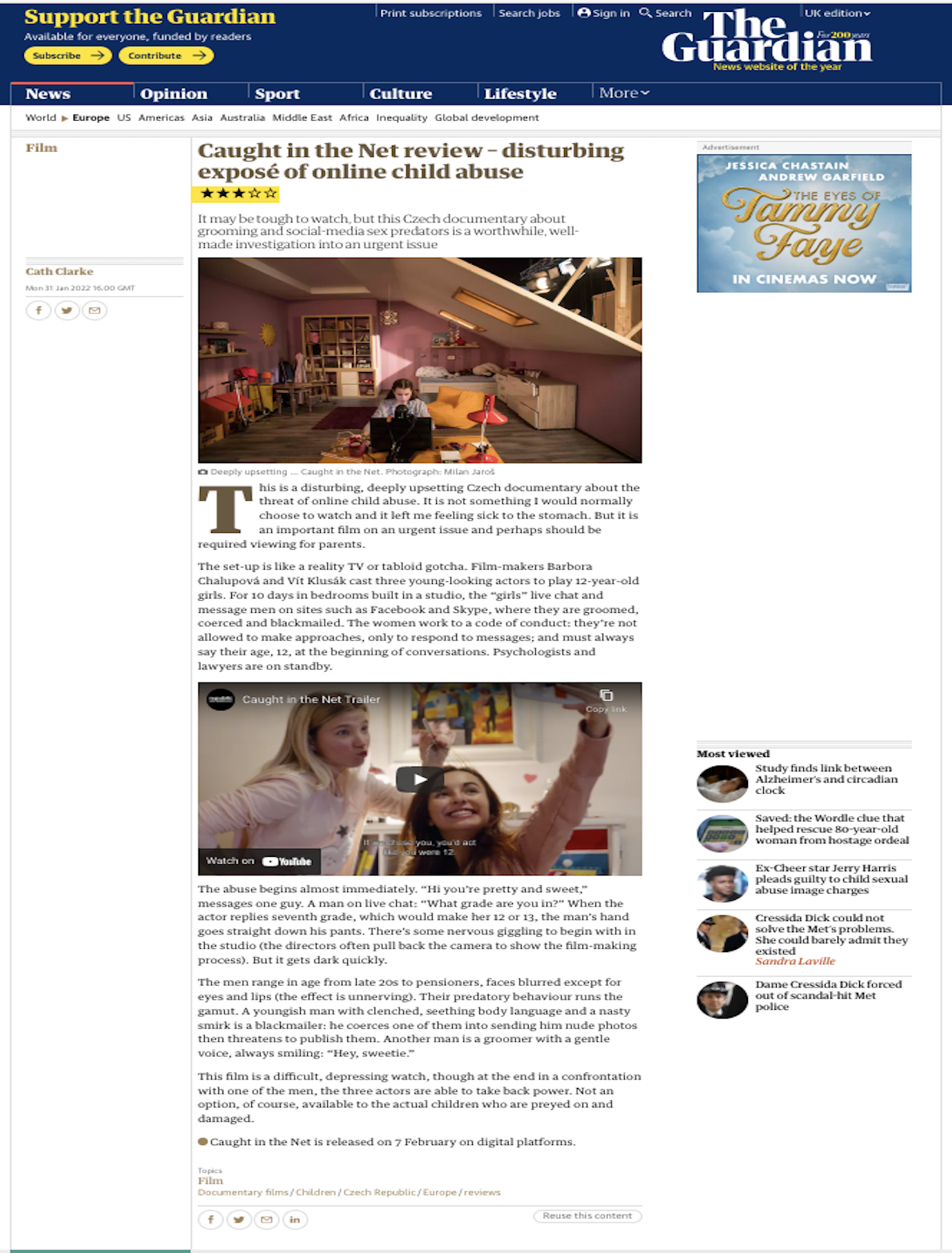 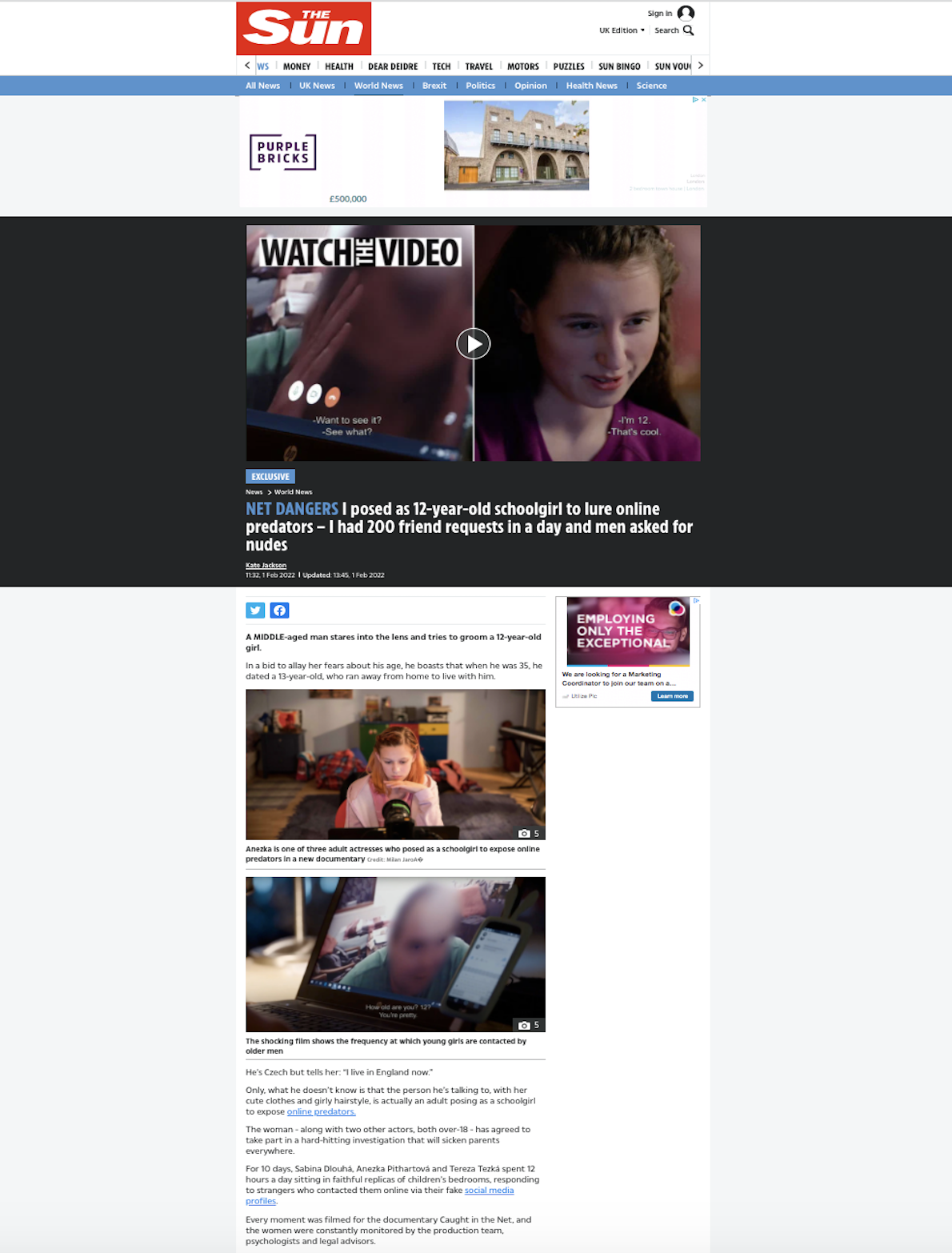 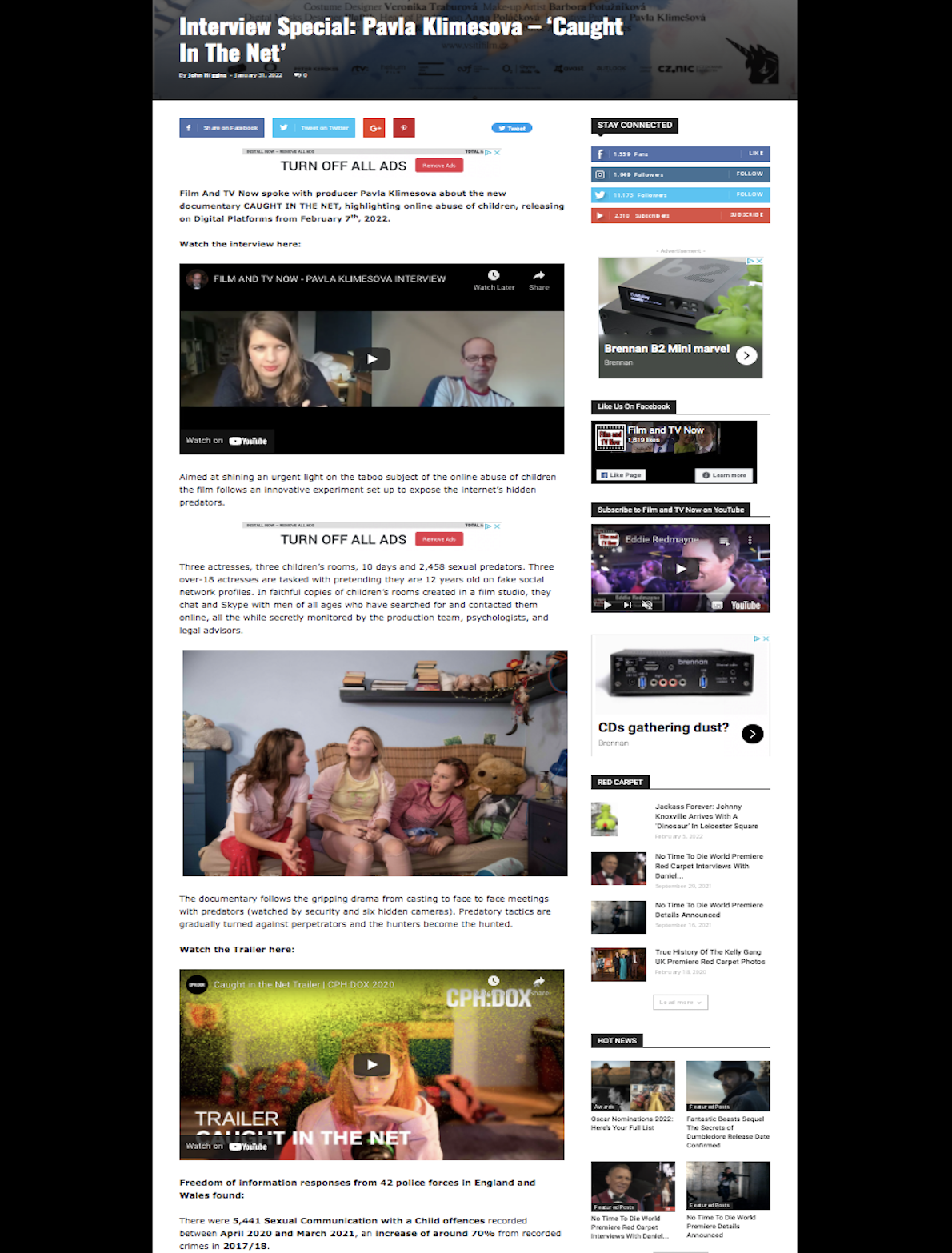