Our team designed an informative and eye catching press release to announce Danny Boyle and new cast member’s involvement with the title. As a result, thirty pieces of coverage were achieved in influential publications such as Variety, The Hollywood Reporter, NME and Deadline within the first two hours of the press release being sent out. Strike also released First Look images of Ewen Bremner as Alan McGee, securing coverage in Variety, Deadline, Yahoo, Clash, Uncut and The Scotsman.

Following from this, Strike handled Unit Publicity for the film, securing interviews with the director, Nick Moran, Alan McGee, Ewen Bremner and other members of the cast with BBC News, NME, The Guardian, Total Film and HeyUGuys.

By 2020, Strike has accumulated over 170 pieces of unique coverage across Broadcast, Print and Onlines.

Creation Stories will be release through Sky Cinema in March 2020 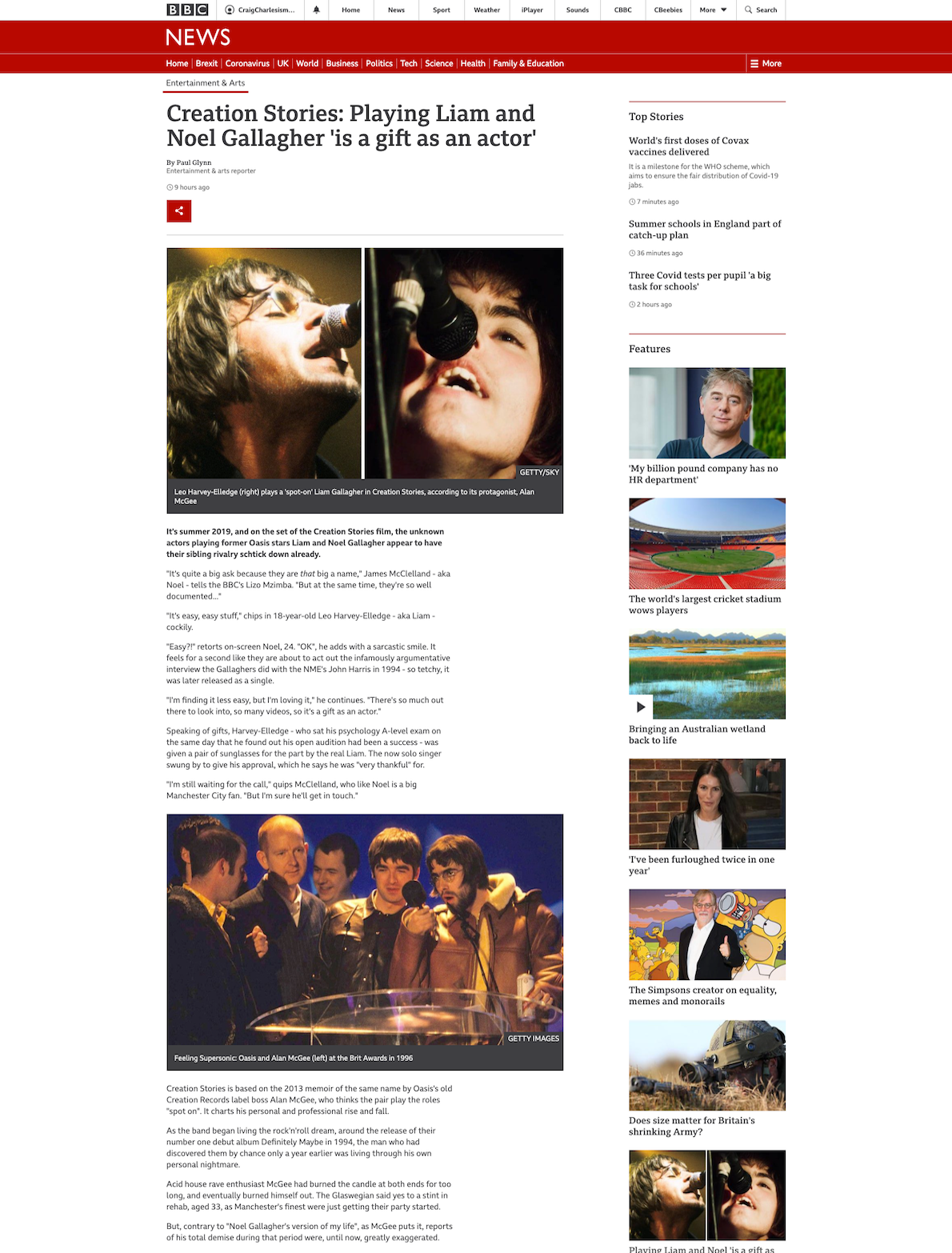 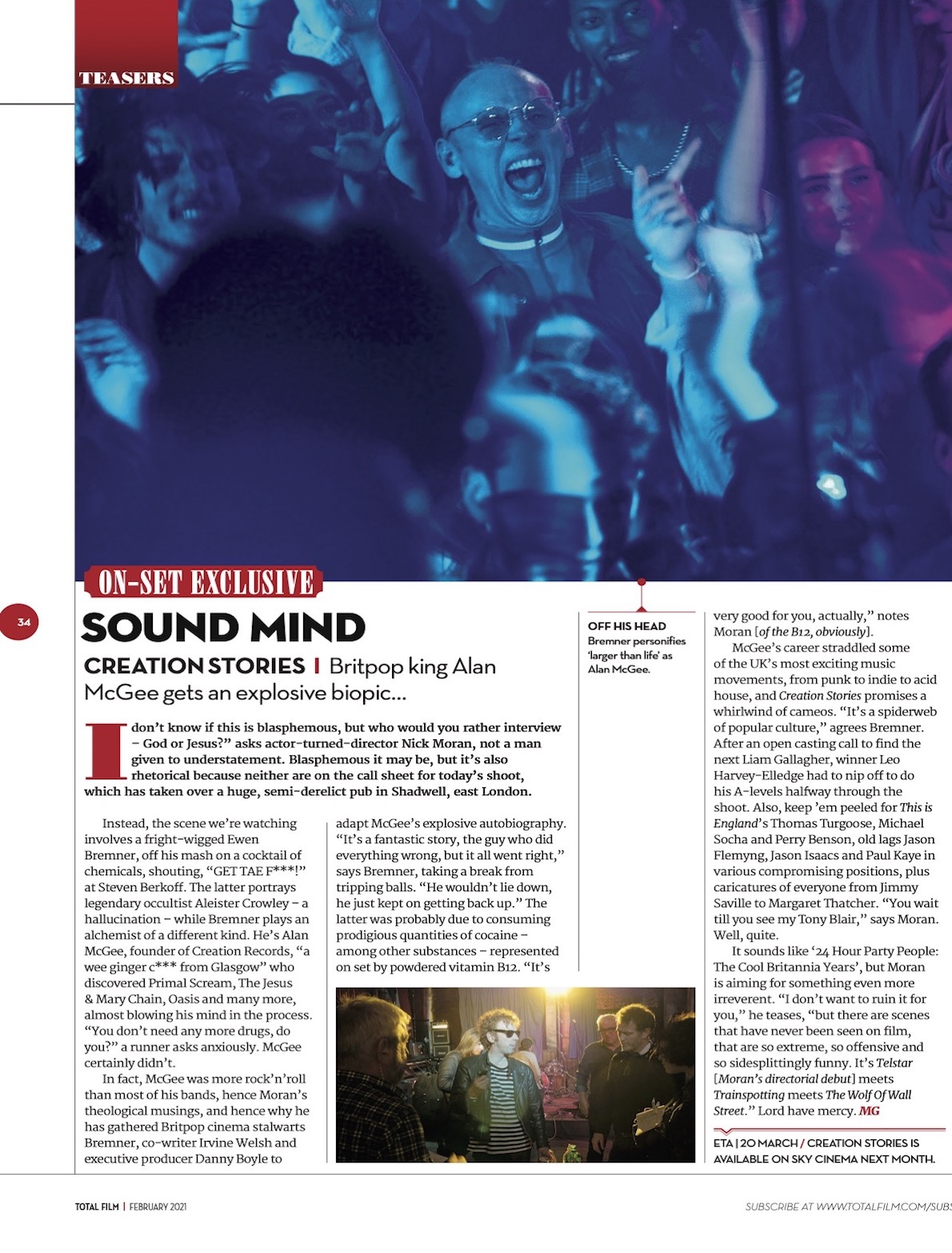 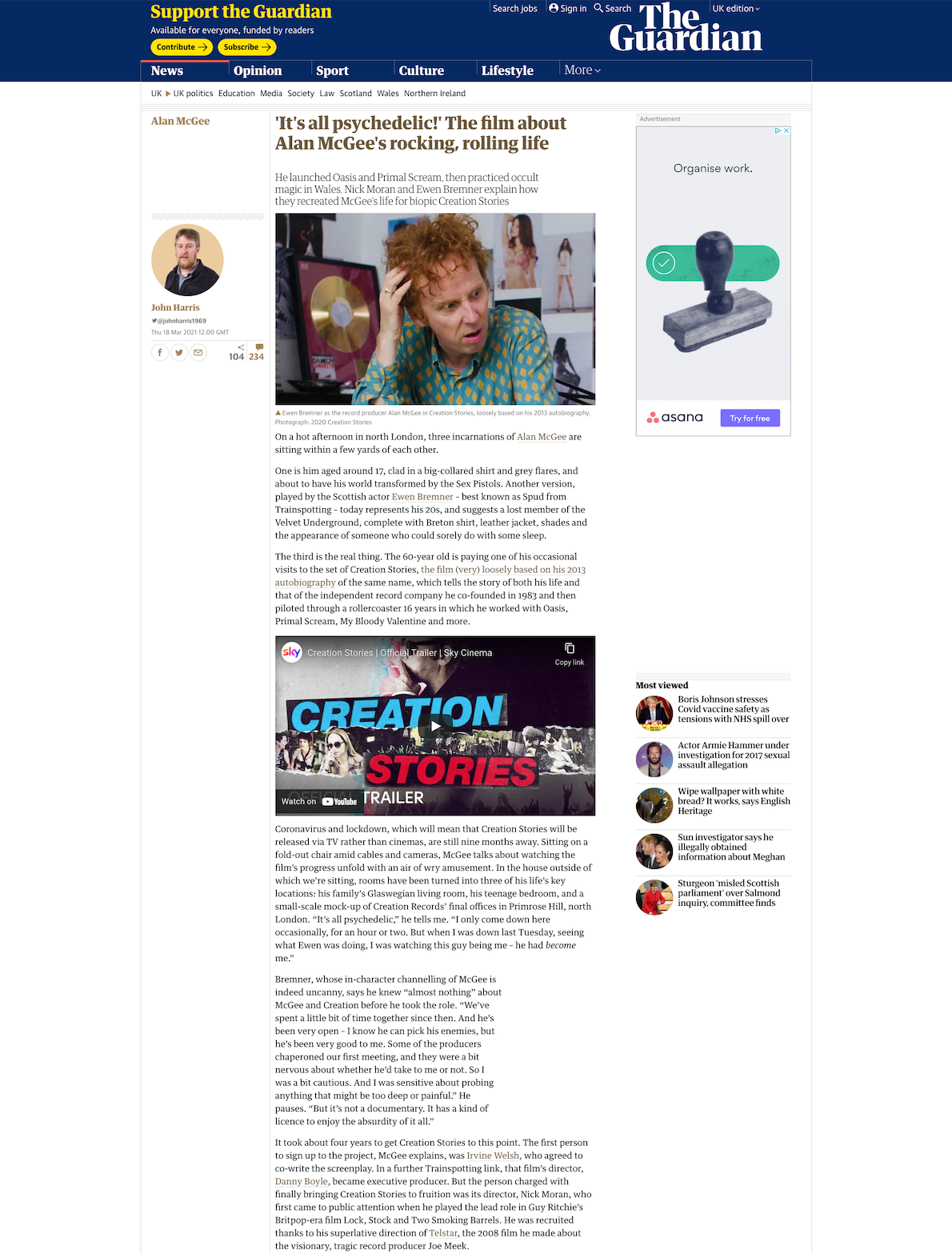 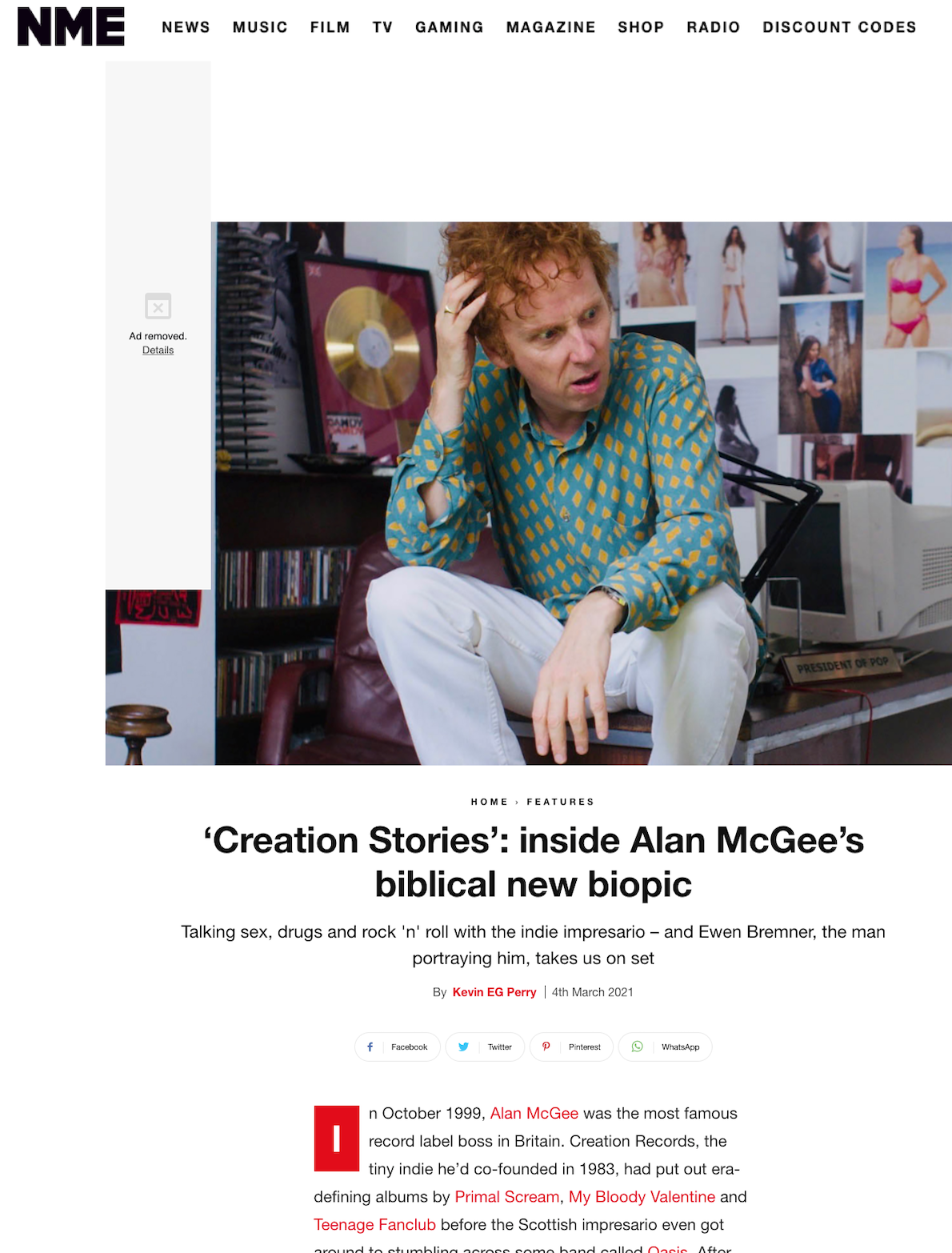 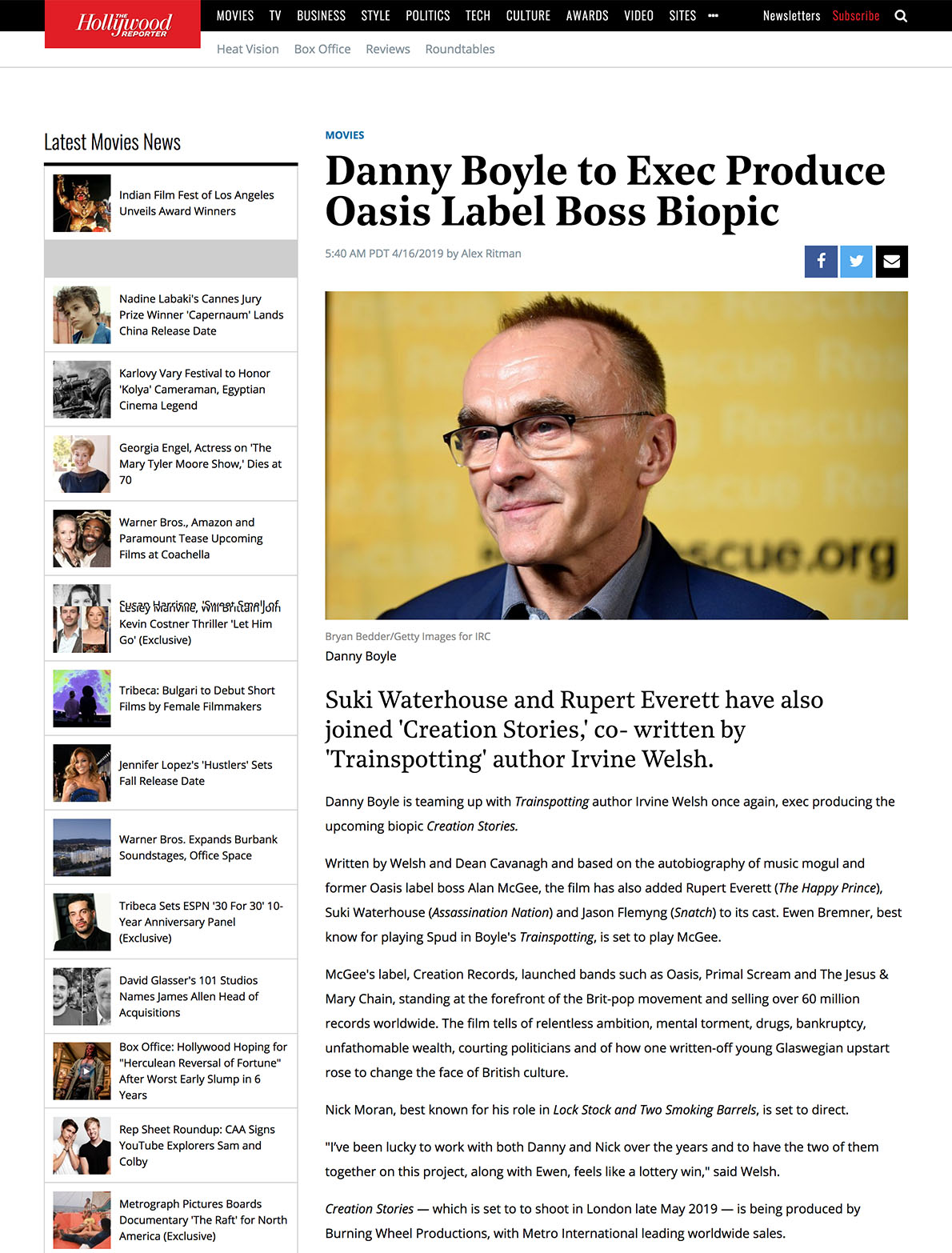 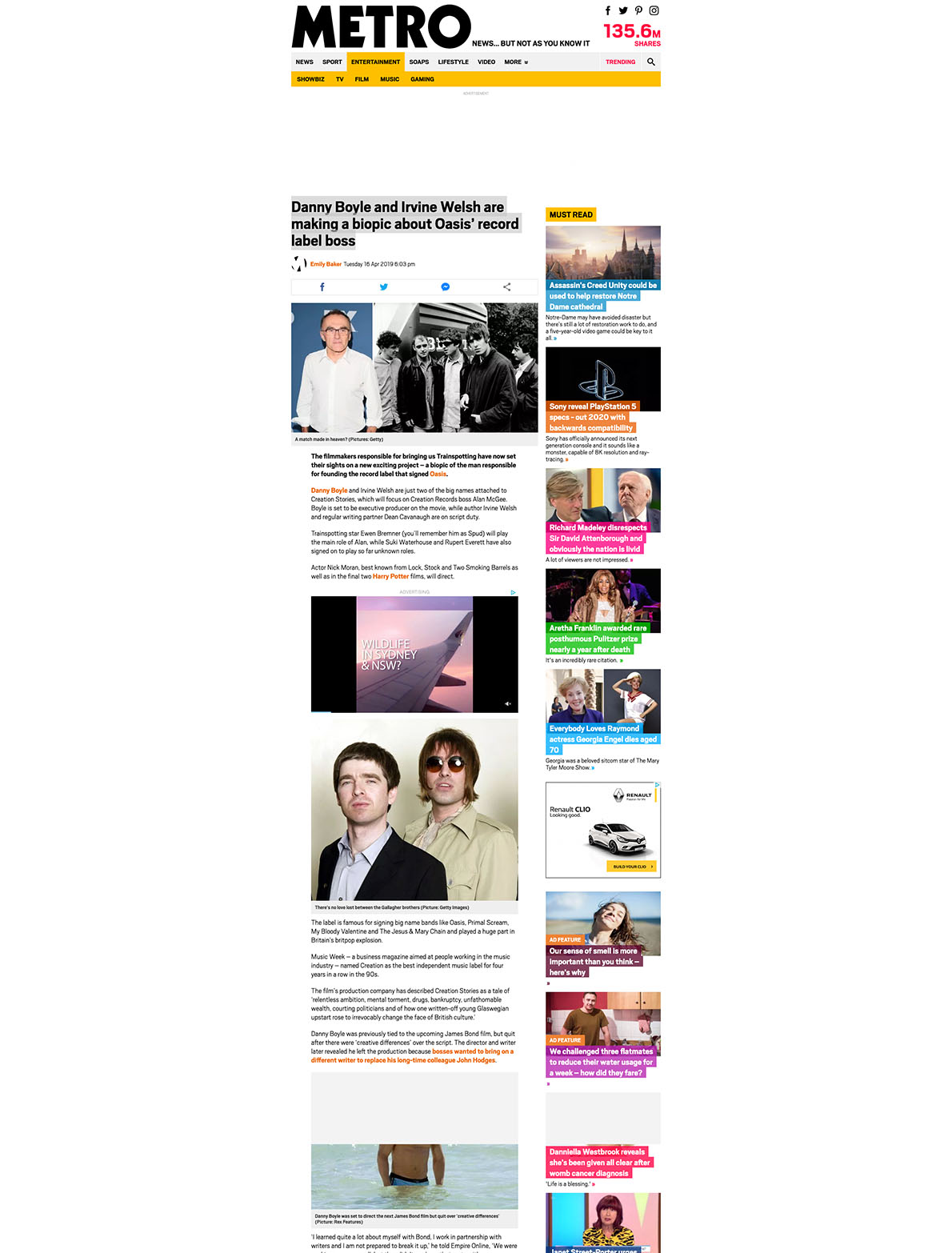 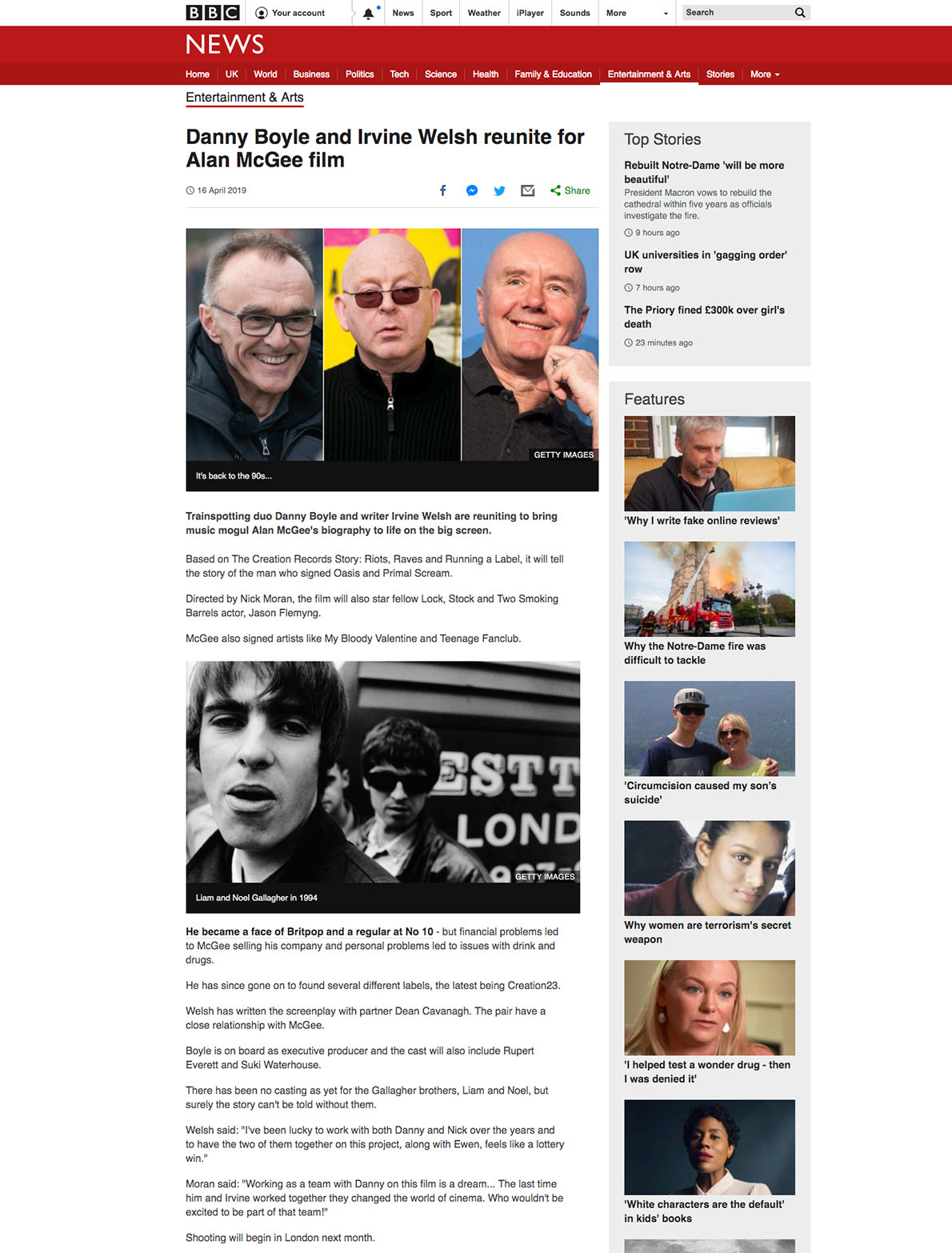 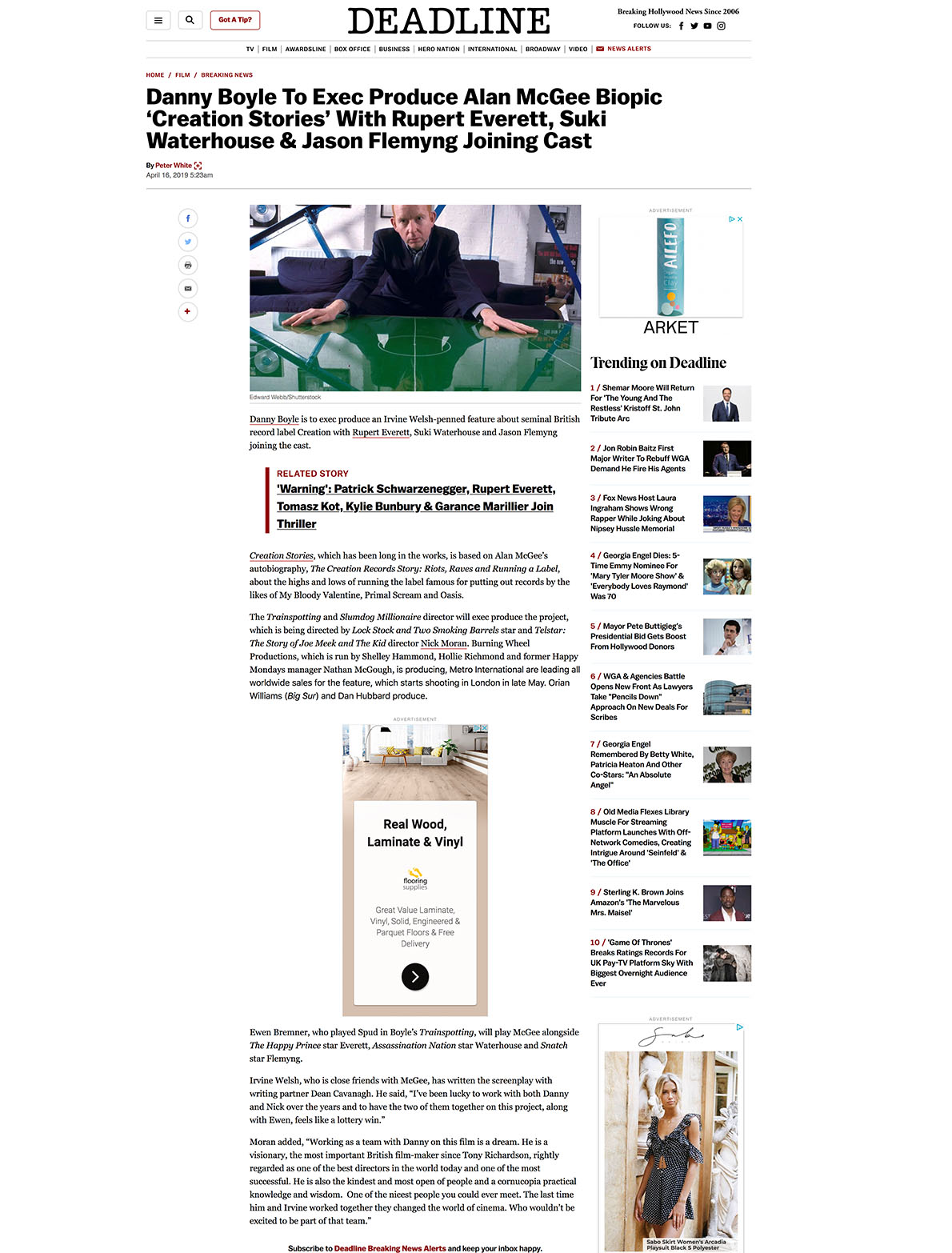 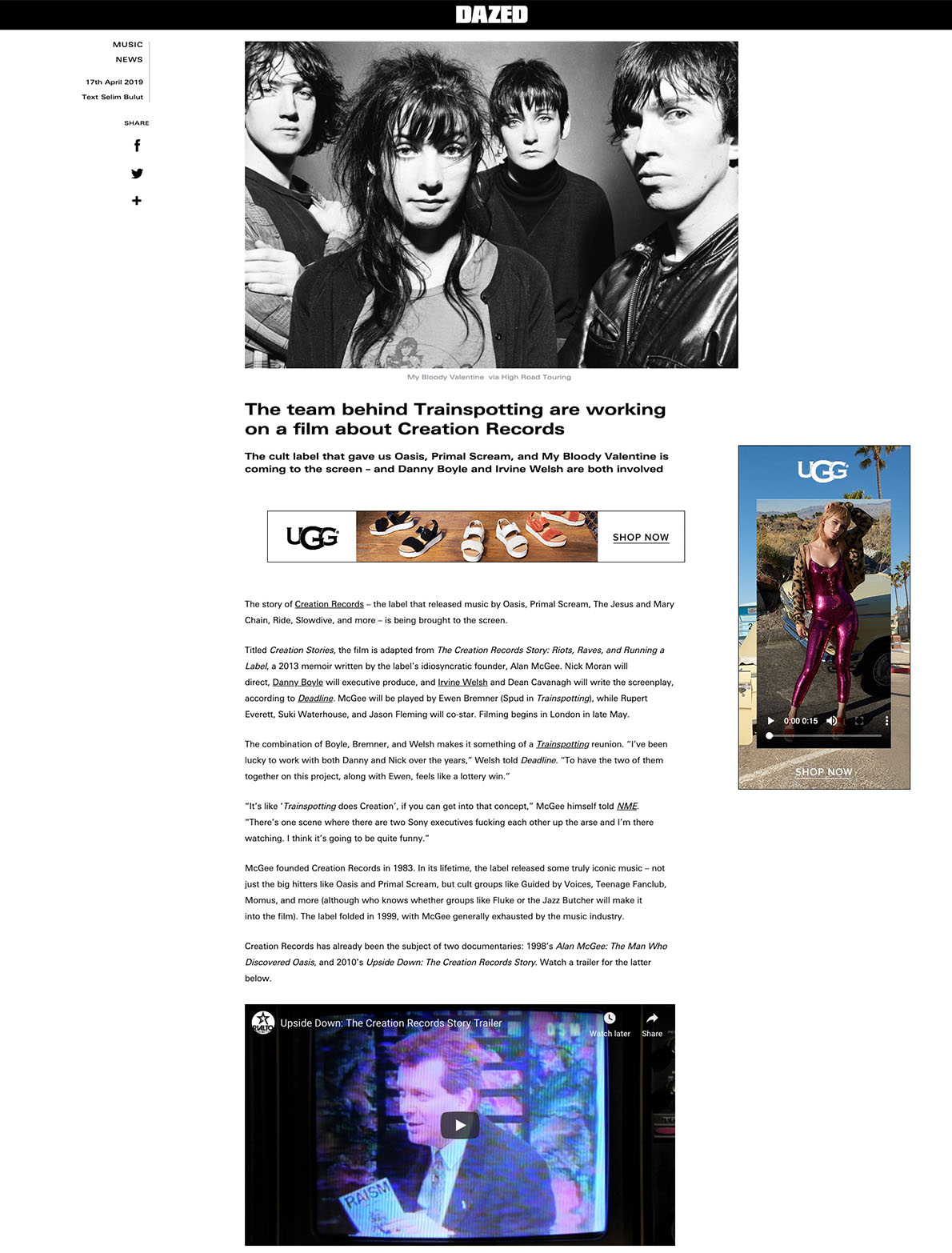 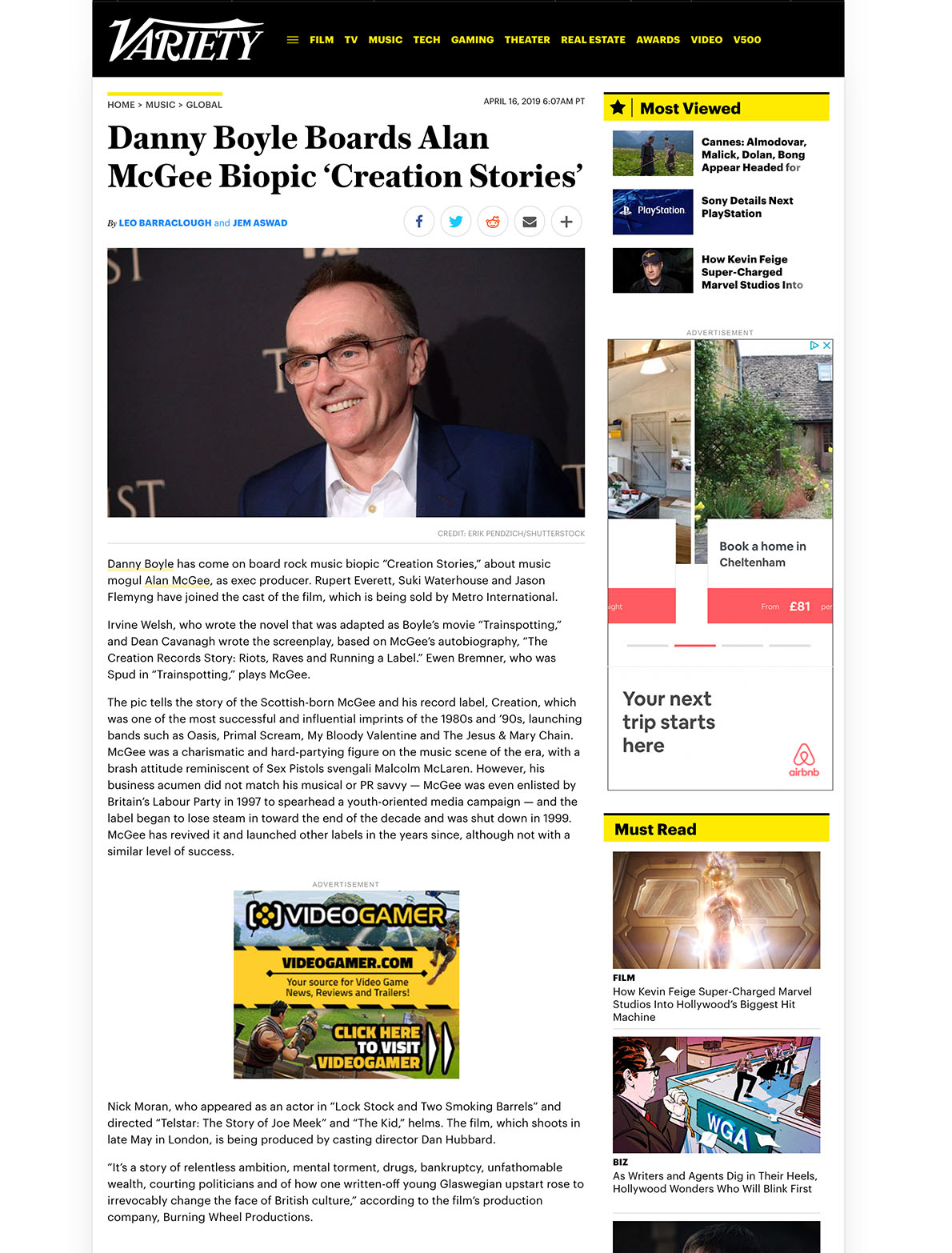 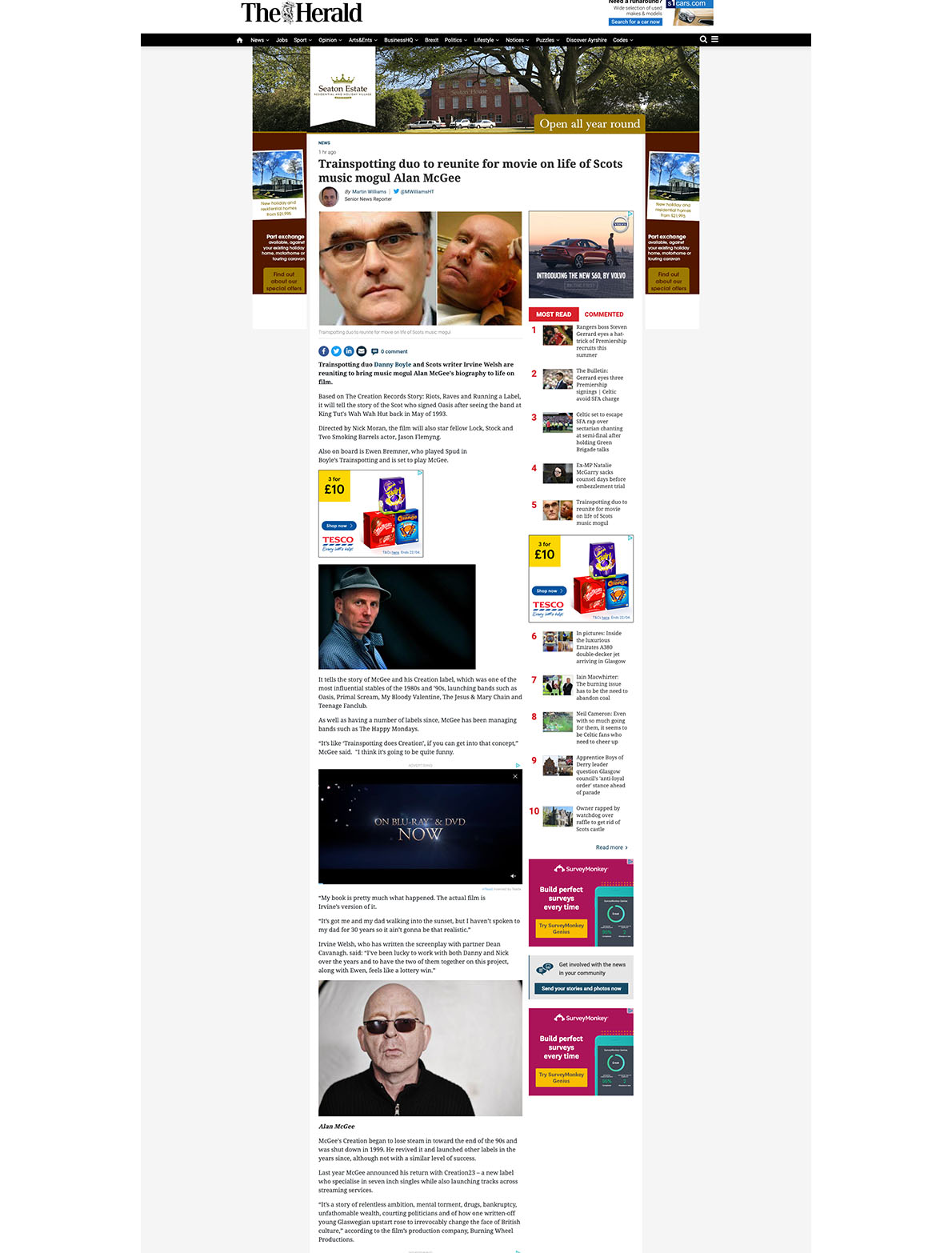 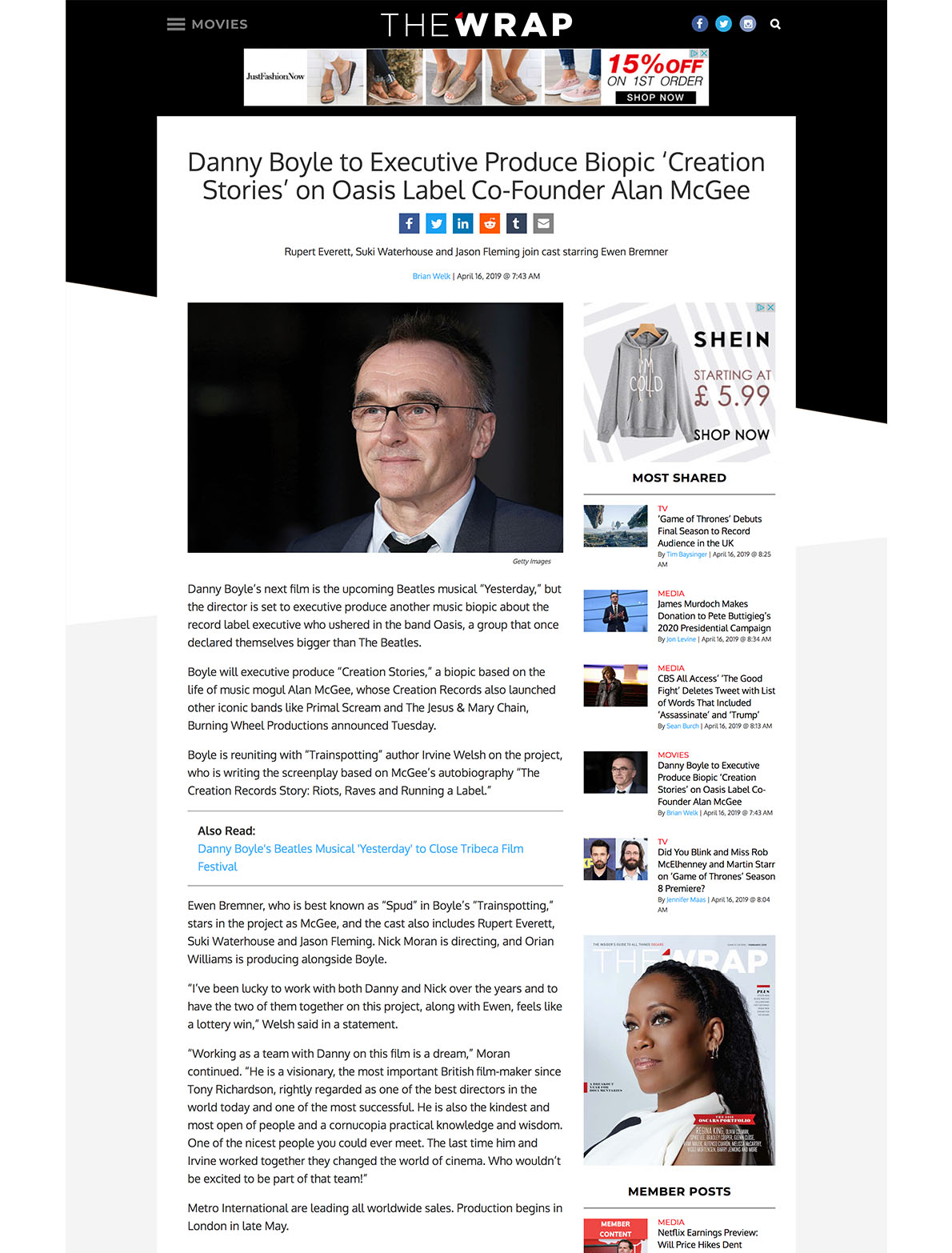