To celebrate the 50th anniversary of the iconic gig, Strike worked with CinEvents to promote the release of Elvis ’68: Comeback Special, which was release in approximately 300 UK cinemas. Throughout the campaign, Strike achieved coverage across National, Long Lead Magazine Listings, Broadcast and Onlines.

Strike achieved over 150 unique pieces of coverage; a Cover + four- page spread in The Big Issue, features in The Observer, Daily Mail and Daily Express and a syndicated radio interview session across a dozen regional BBC stations. Regional coverage was also a key part of the campaign to hit the main news outlets where the film was being played.

Elvis Presley’s legendary “’68 Comeback Special,” directed and produced by Steve Binder, will hit the big screen this August in celebration of its 50th anniversary. This special cinema event will take place across the UK & Ireland for one night only 16th August with encore screenings at selected sites. Screenings will include the legendary television special 90 min concert, plus an exclusive look at the making of the special, featuring a walkthrough of the NBC soundstage with insights from Binder and others influenced by Presley, his music and this iconic event. This brand-new content is produced by Spencer Proffer, CEO of Meteor 17, and ABG’s Marc Rosen, SVP of Entertainment.

Originally airing on December 3, 1968, the “’68 Comeback Special” concert was Elvis Presley’s first live television performance in seven years, which captured him playing with a full band in front of an intimate audience of diehard fans. As part of the special, Presley also pioneered the “Unplugged” performance style with an exclusive acoustic set. The soundtrack album went Top 10 following the special airing, shooting Presley back to the top of the singles charts months later with “In the Ghetto” and later in 1969, his first number one hit in seven years with “Suspicious Minds.” 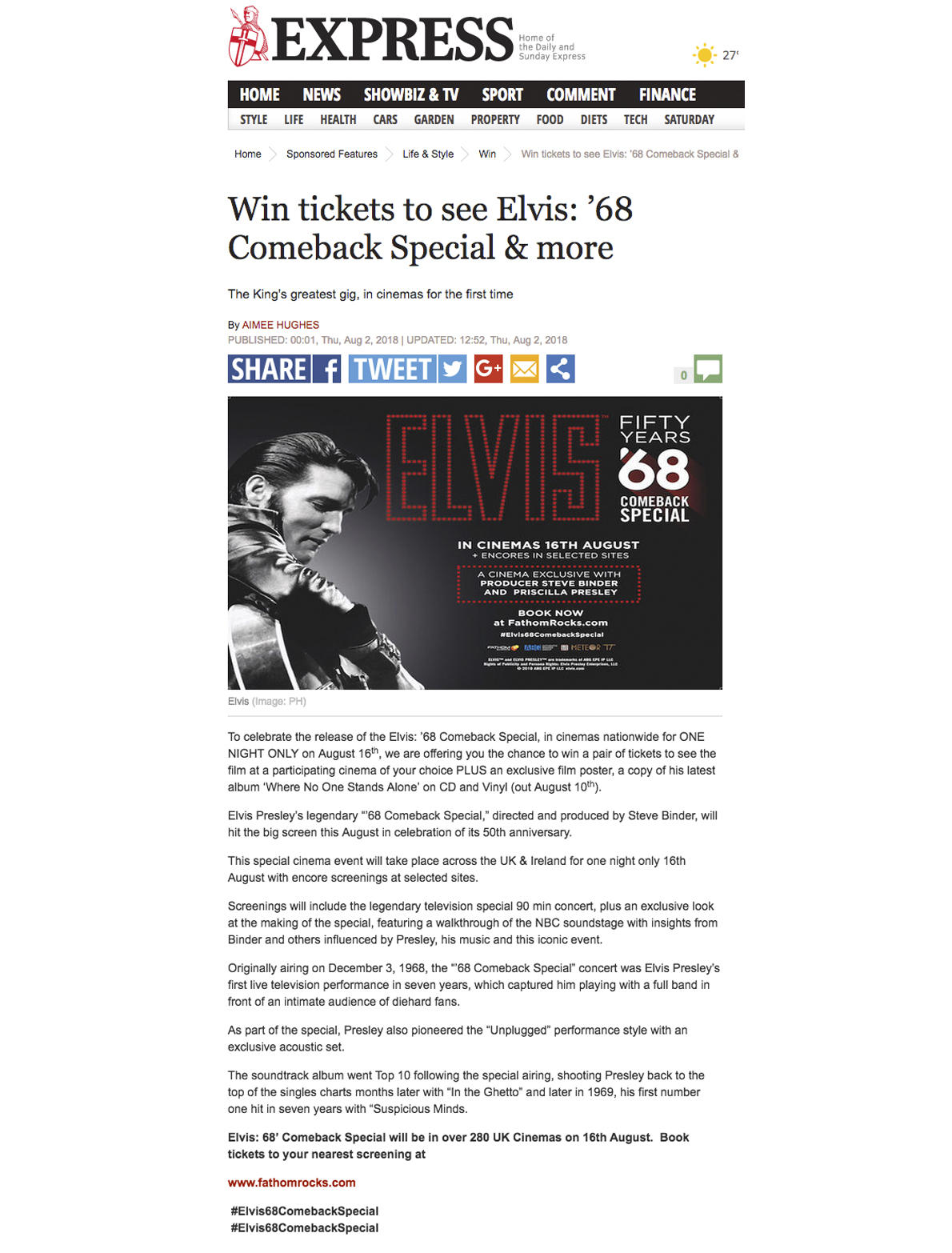 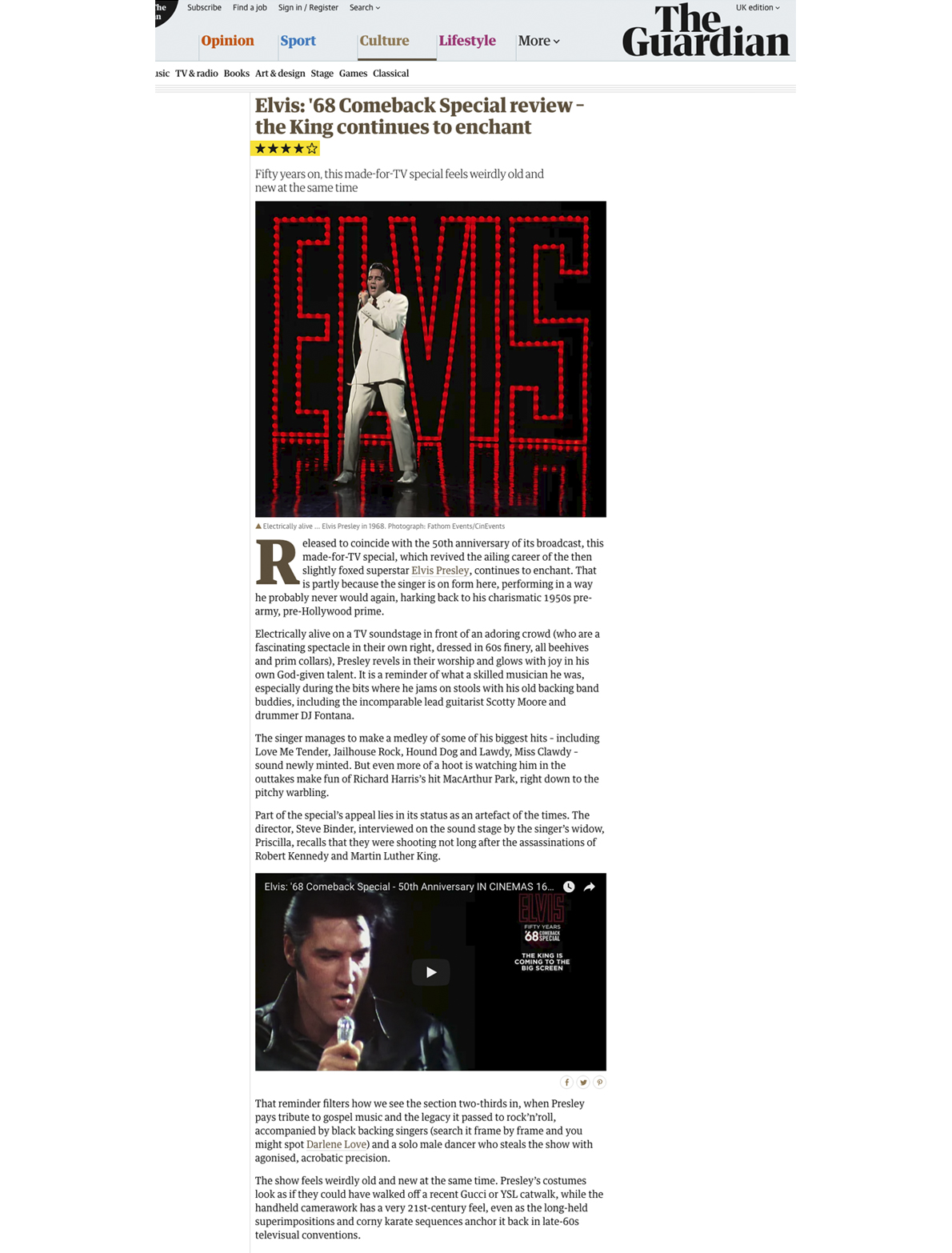 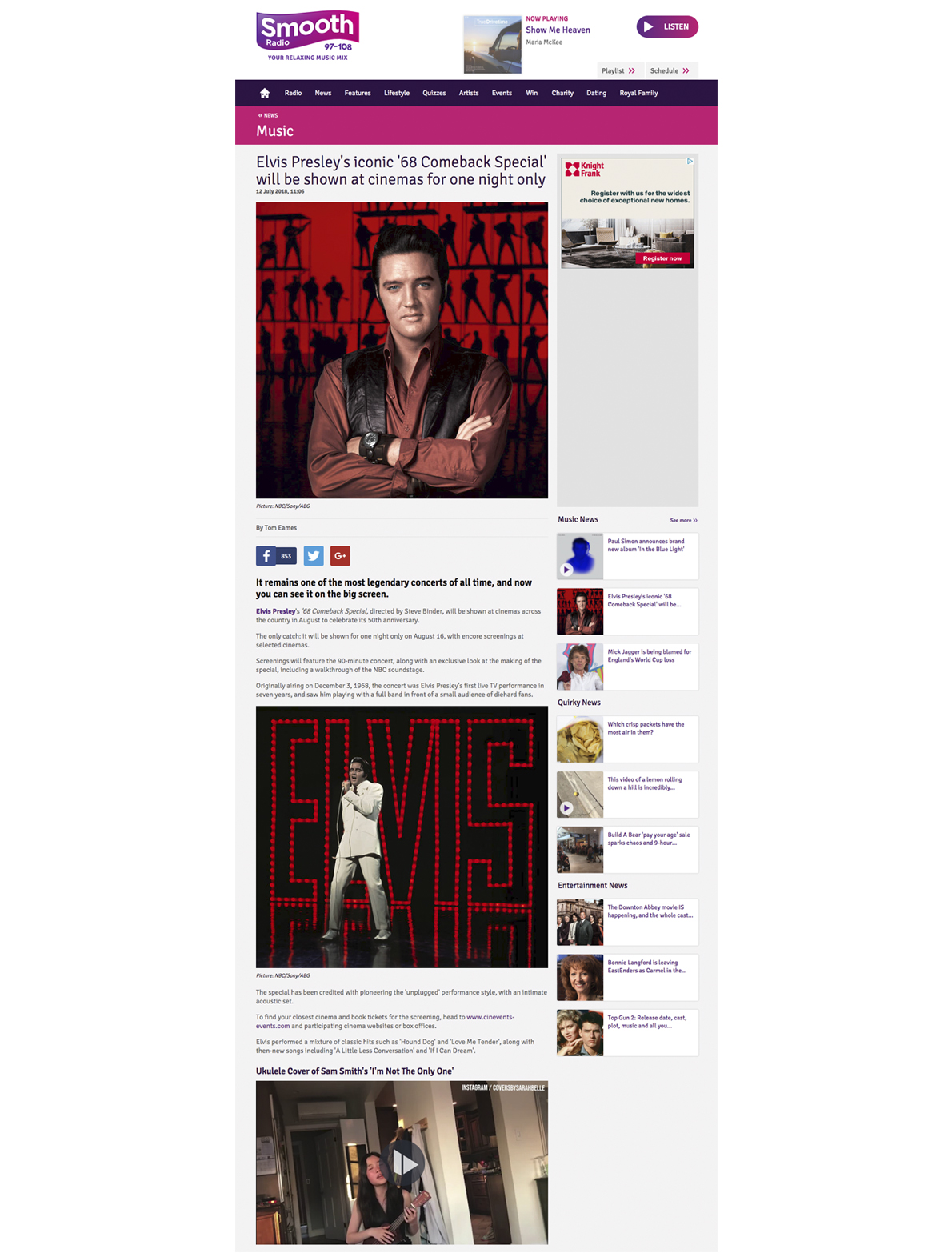 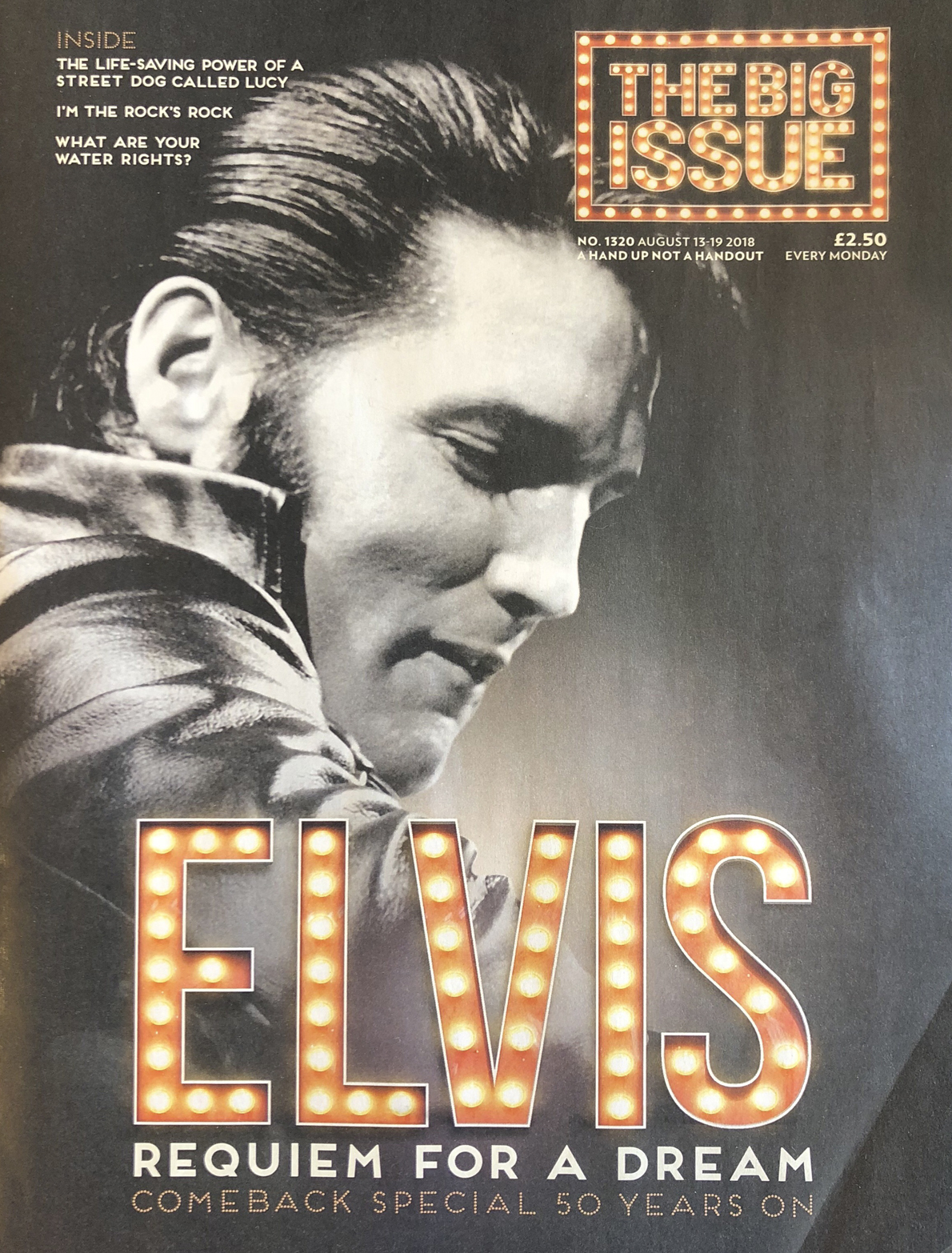 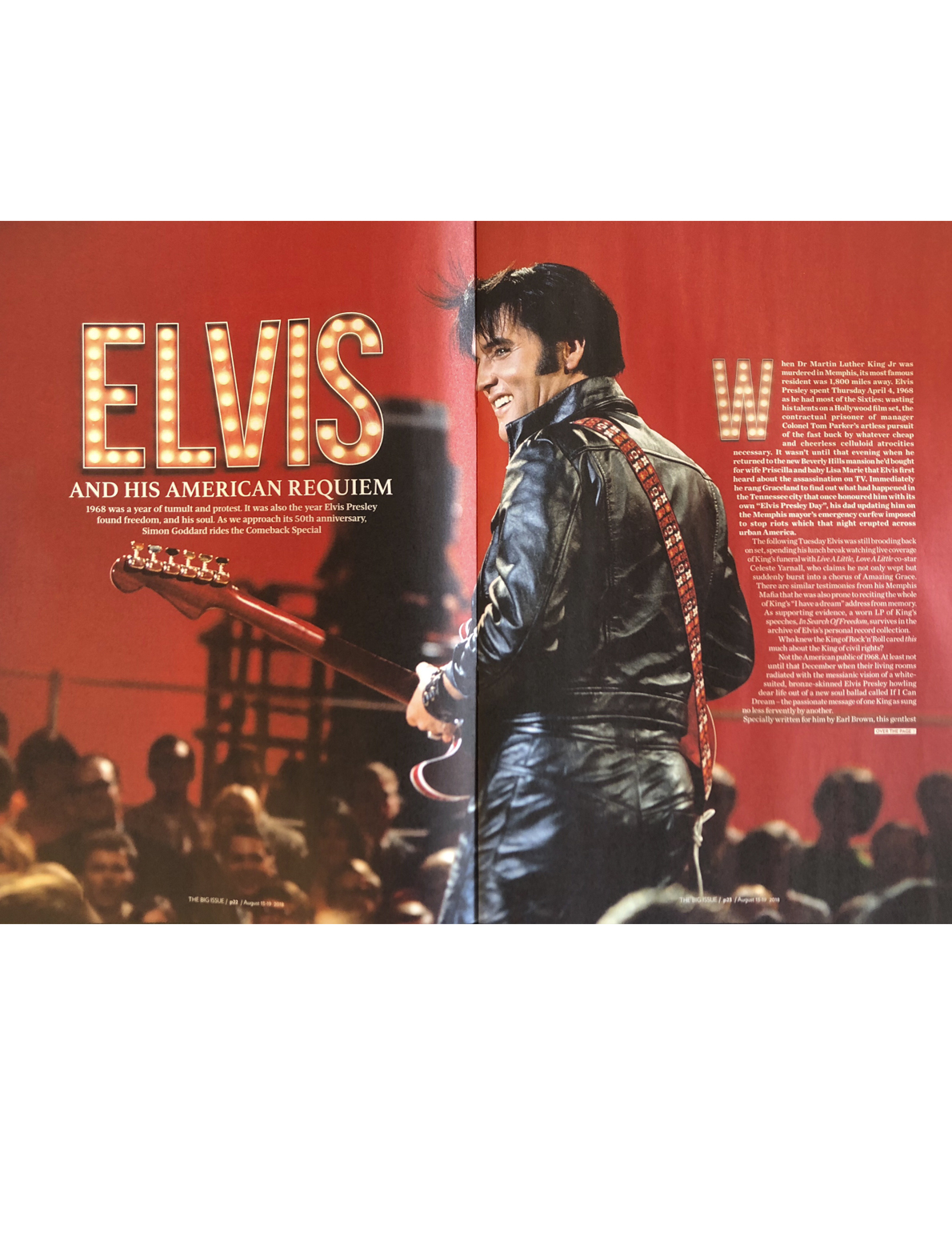 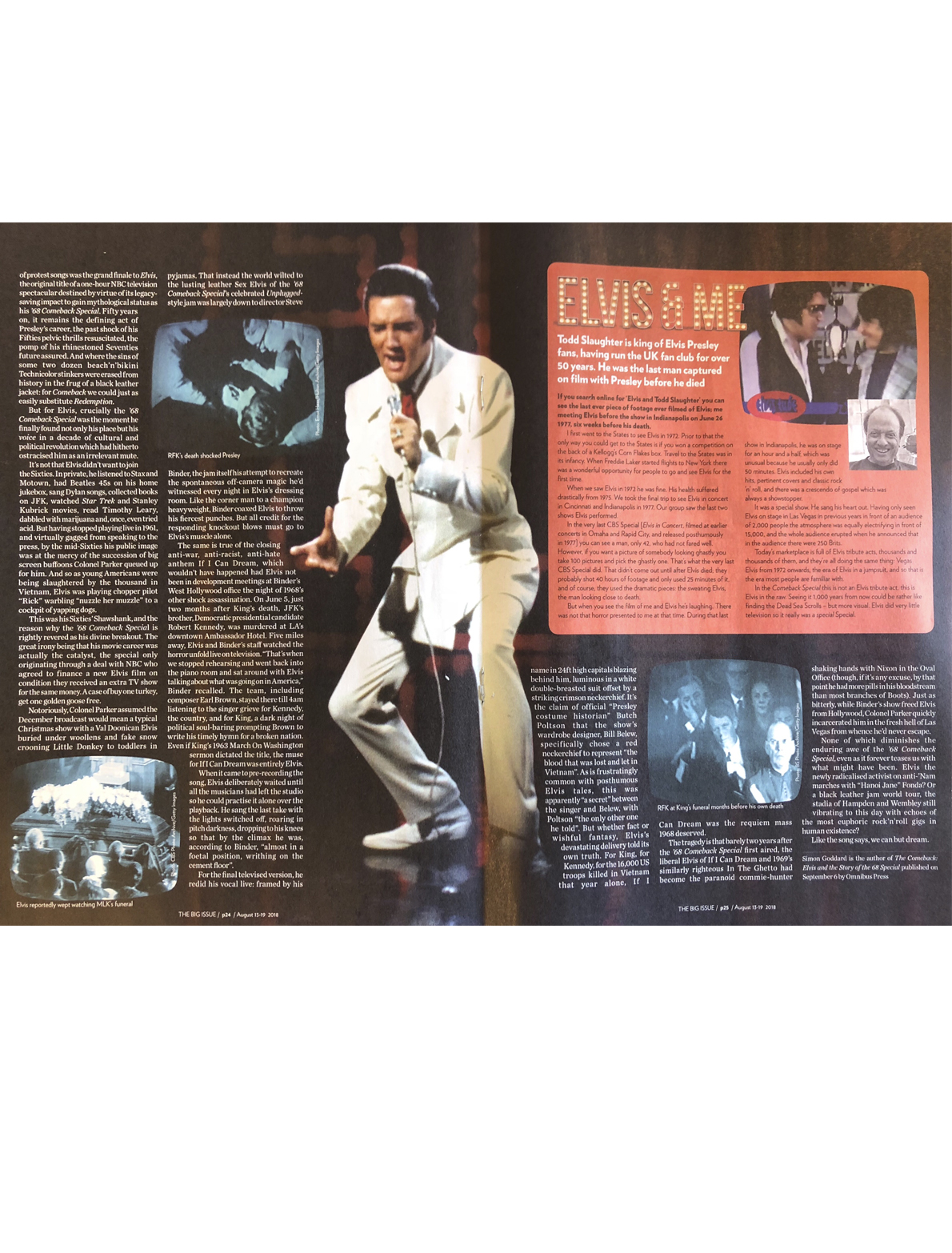