Elvis: That’s The Way It Is

Strike Media were delighted to be brought on board to work on our second Elvis Presley Event Cinema production in as many years! Initially set for UK Theatrical release of late April, Strike assisted Trafalgar Releasing’s team in spreading the messaging of the release and driving traffic to elvisthatsthewayitis.com, where fans could buy tickets. Following the recent COVID-19 Pandemic, the release date was moved to 13th August.

Strike managed to raise awareness of the title by reaching out to relevant media outlets, delivering the message to the numerous social media fans sites and securing interview with prominent Elvis experts to raise awareness of the day! Strike also reached out to dozens of Elvis social media fansites, in order for them to share the trailer and the link to the website.

The campaign was hugely successful with the film reaching the top of the box office!

To celebrate 85 years of Elvis Presley and 50 years since the film’s original 1970 release, the King returns to cinemas – remastered – with Elvis: That’s The Way It Is, an unmissable event for fans around the world.

On July 31, 1969, in Las Vegas, Nevada, Elvis Presley staged a triumphant return to the concert stage from which he had been absent for almost a decade. His series of concerts broke all box office records and completely reenergised the career of the King of Rock ‘n’ Roll.

This feature-length documentary and concert film features performances including Love Me Tender, Heartbreak Hotel and Suspicious Minds. Crossing the footlights, revealing the legendary singer as a man preparing for an emotional career comeback, the fans who travelled from all over the world for this history-making event…. and the electrifying live performance of the man who gave us rock ‘n’ roll. 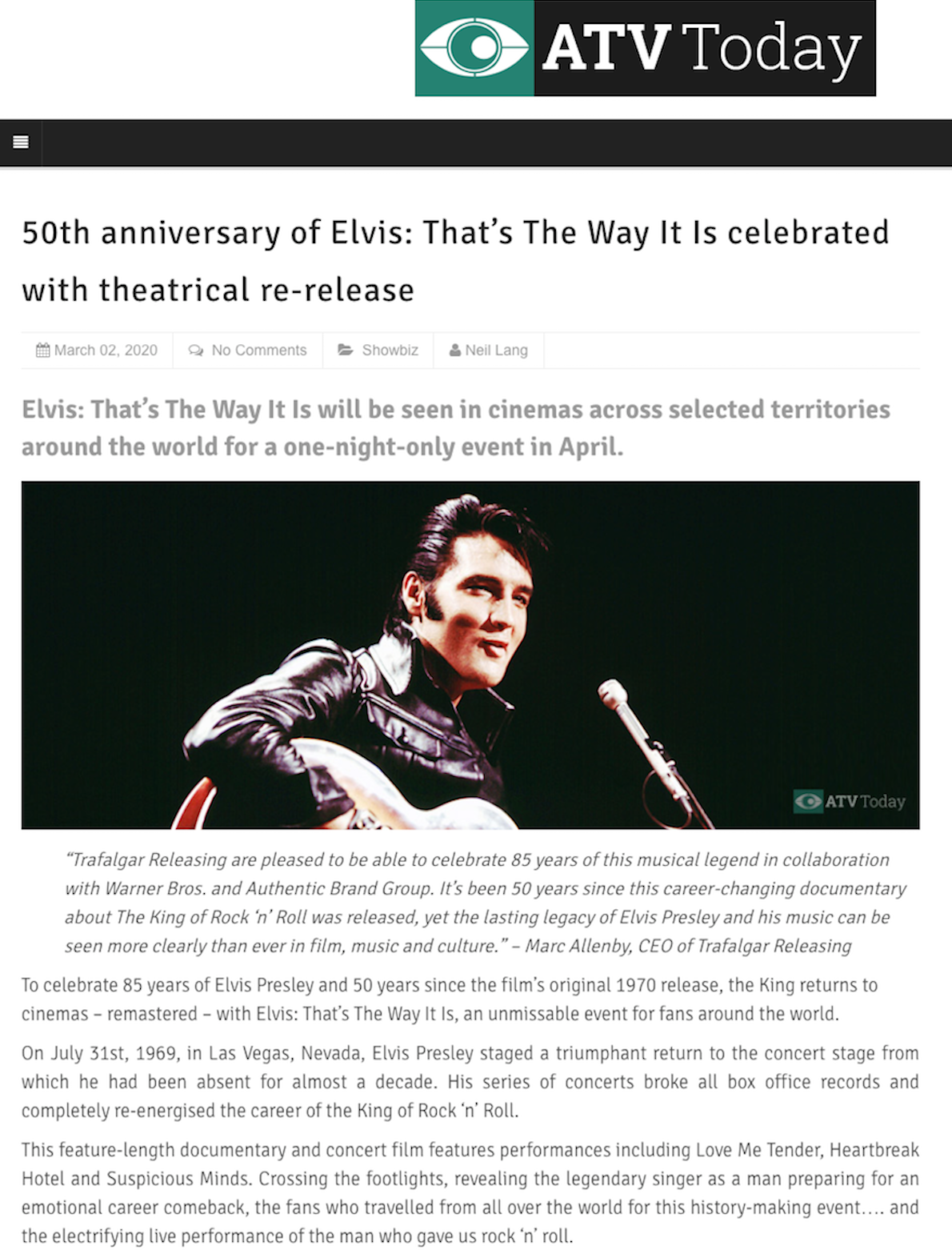 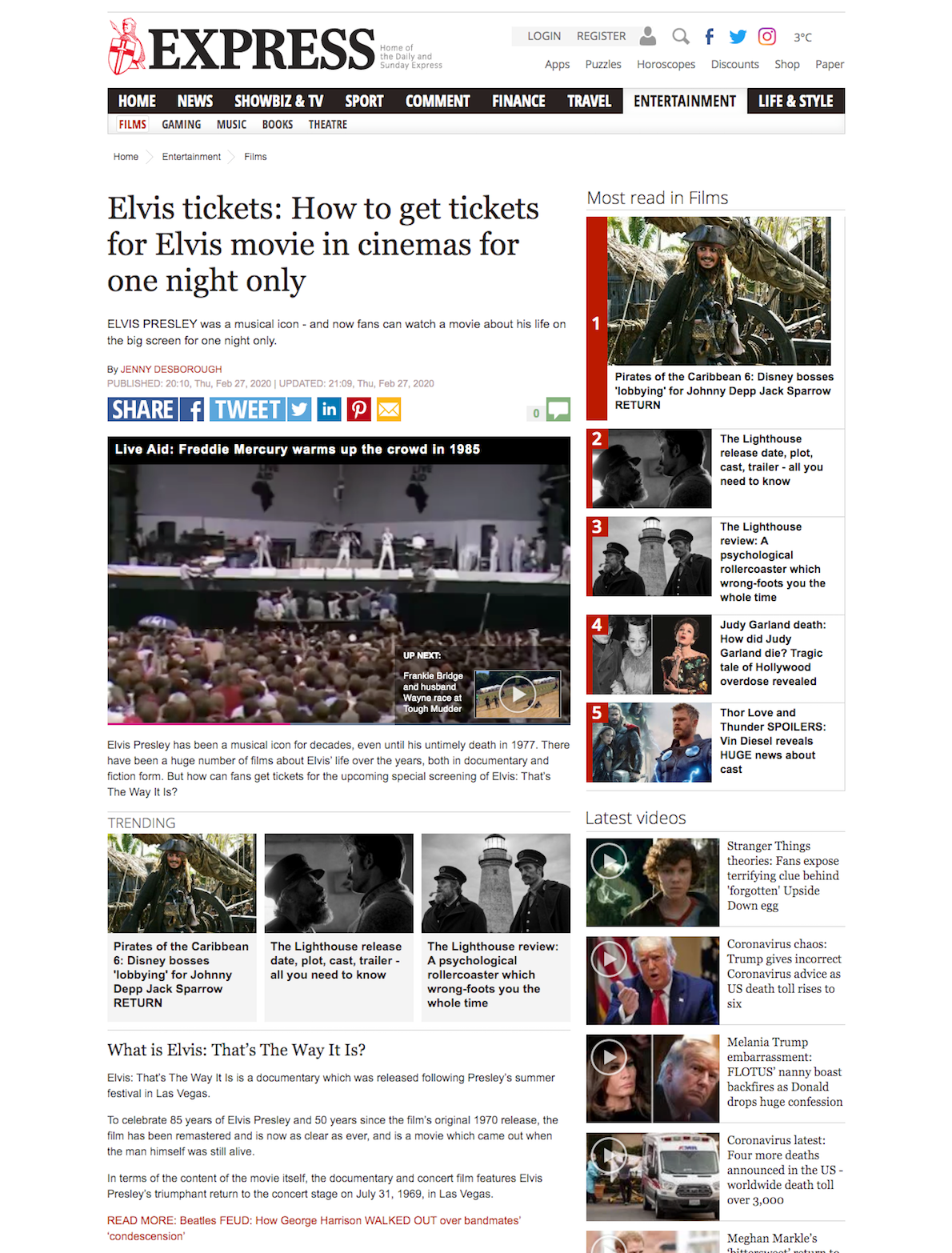 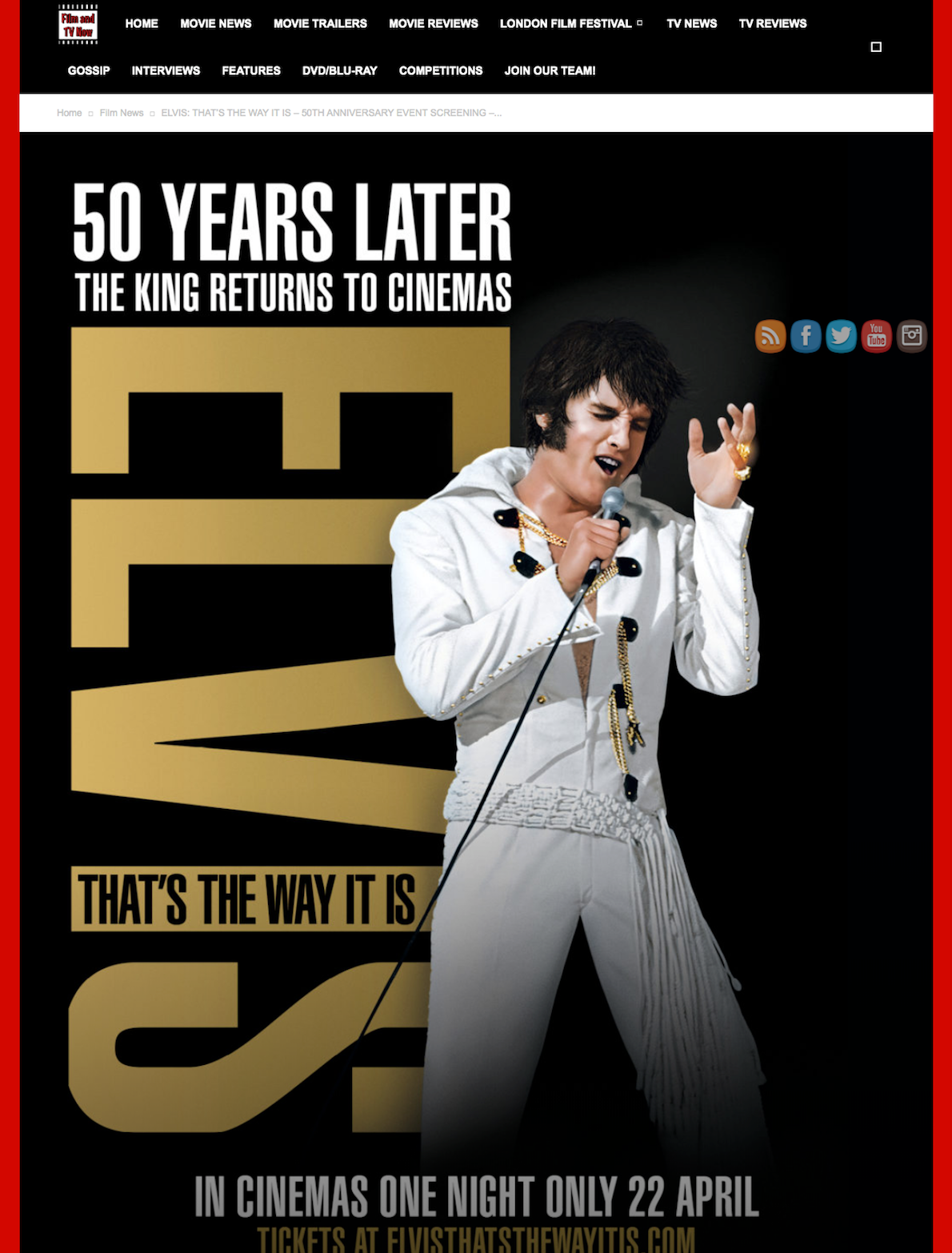