Within the space of a week, the team at Strike turned around a PR campaign, built the film’s instagram page and arranged a virtual premiere. Our outreach was very steered towards girls aged 12-18, which is why instagram was our main promotional platform. In the absence of talent being able to physically promote the film, we targeted fan pages of the lead cast; X-Men icon Famke Janssen, Alex Shipp and Nic Hamilton.

We recruited one of the leading global teen influencers, Amazing Arabella, to host a virtual premiere of the film with her girlfriends. The girls were sent personalised invites and gifted sweet treats from Laura’s confectionary to enjoy with the film. Guests included other outspoken teen influencers, Inspiring Vanessa, Ryhanna Parara, Austeja Ringa and 4 others, who are influencers in their own right and campaign for social issues. These girls aligned perfectly with the the protagonist, Alex Shipp and Nic Hamilton’s personal efforts in social campaigning.

When madly in love high school graduates Riley (Alexandra Shipp) and Chris (Nicholas Hamilton) are separated by a tragic car accident, Riley blames herself for her boyfriend’s death while Chris is stranded in limbo. Miraculously, the two find a way to connect. In a love story that transcends life and death, both Riley and Chris are forced to learn the hardest lesson of all: letting go.

Directed by the same director as A Star is Born and drawing parallels to Charlie St Cloud, Endlesess’s dark twist makes it more than just a teen romance but an interesting meditation of grief and the journey of self discovery. The film was released on 16th October exclusively in Showcase cinemas across the UK 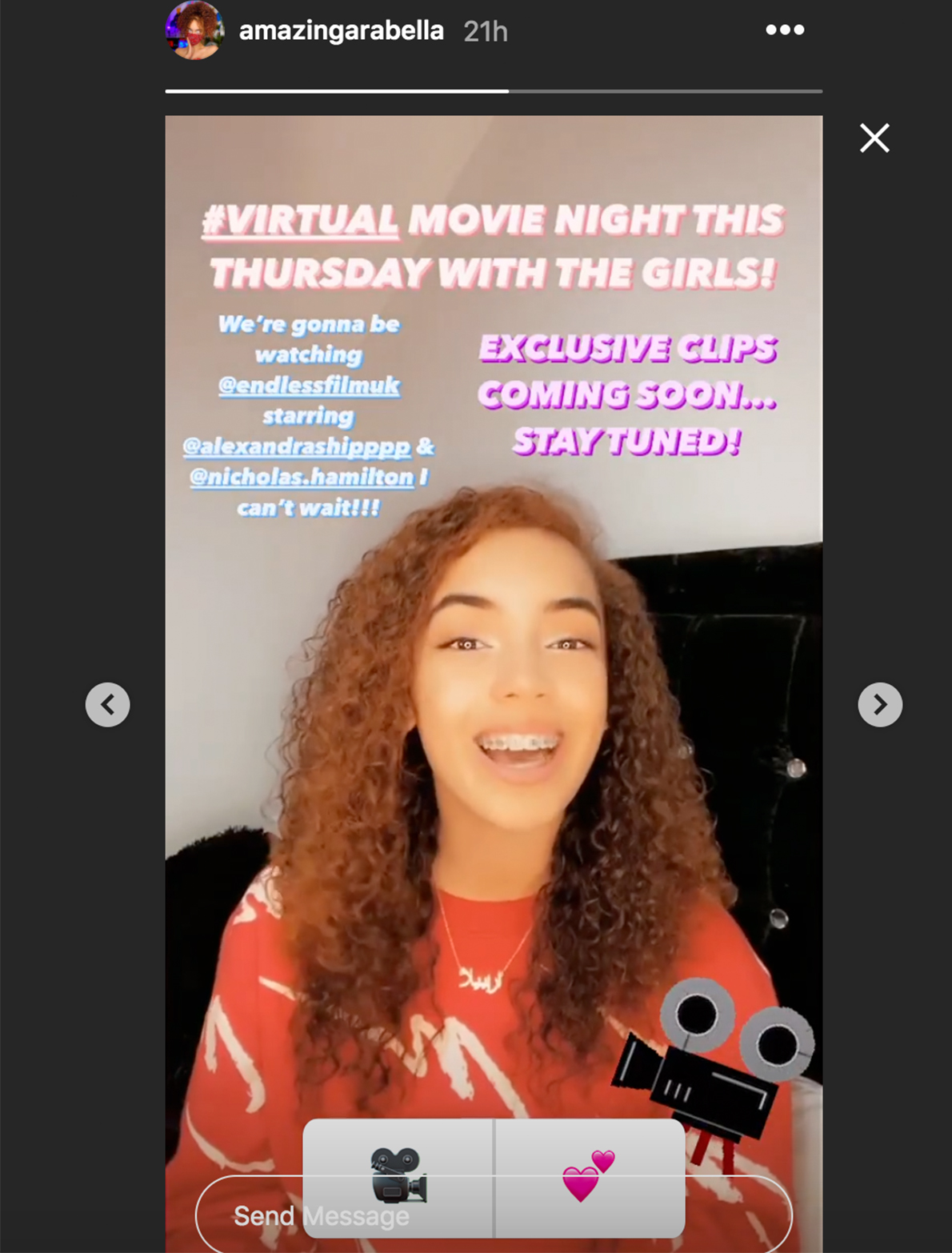 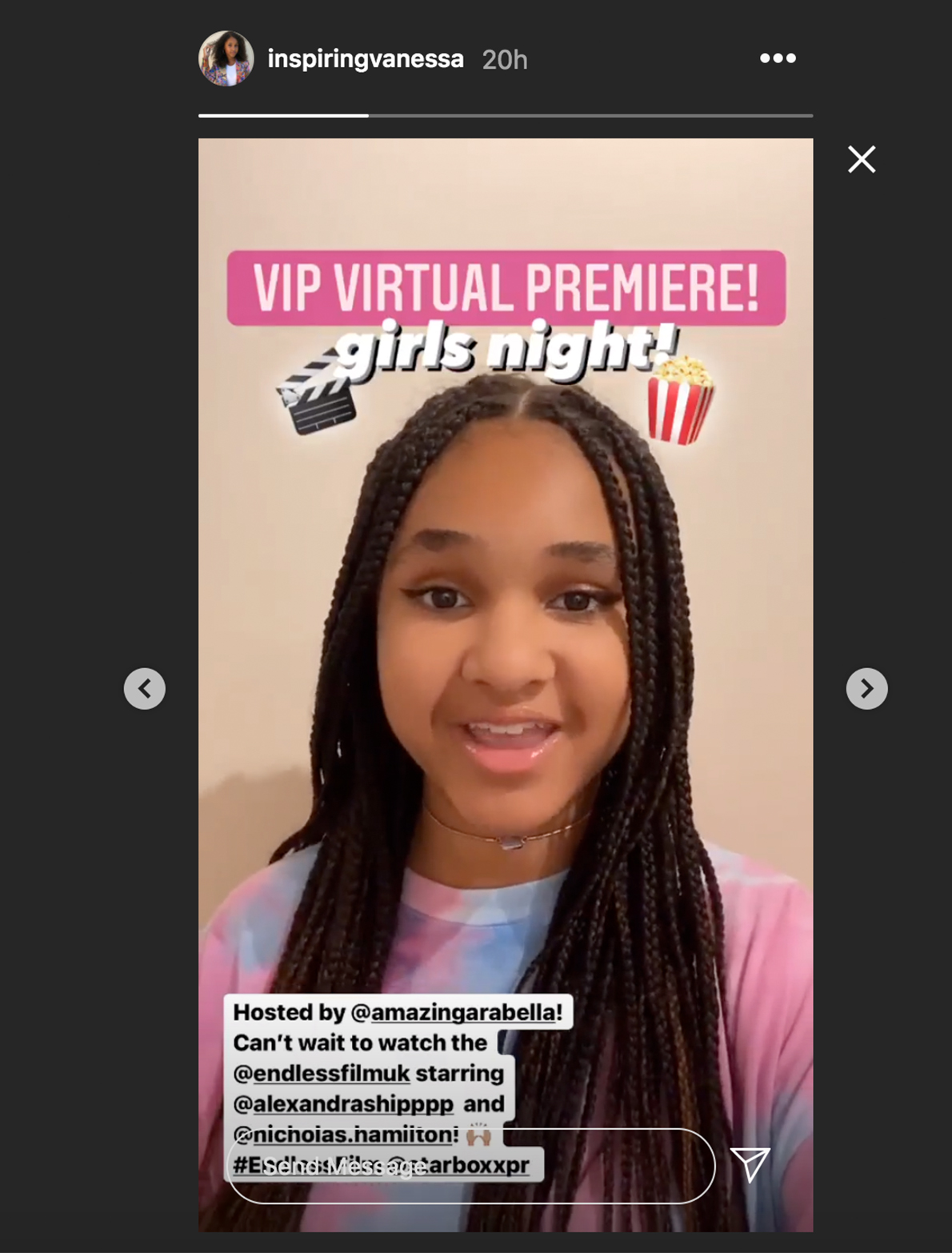 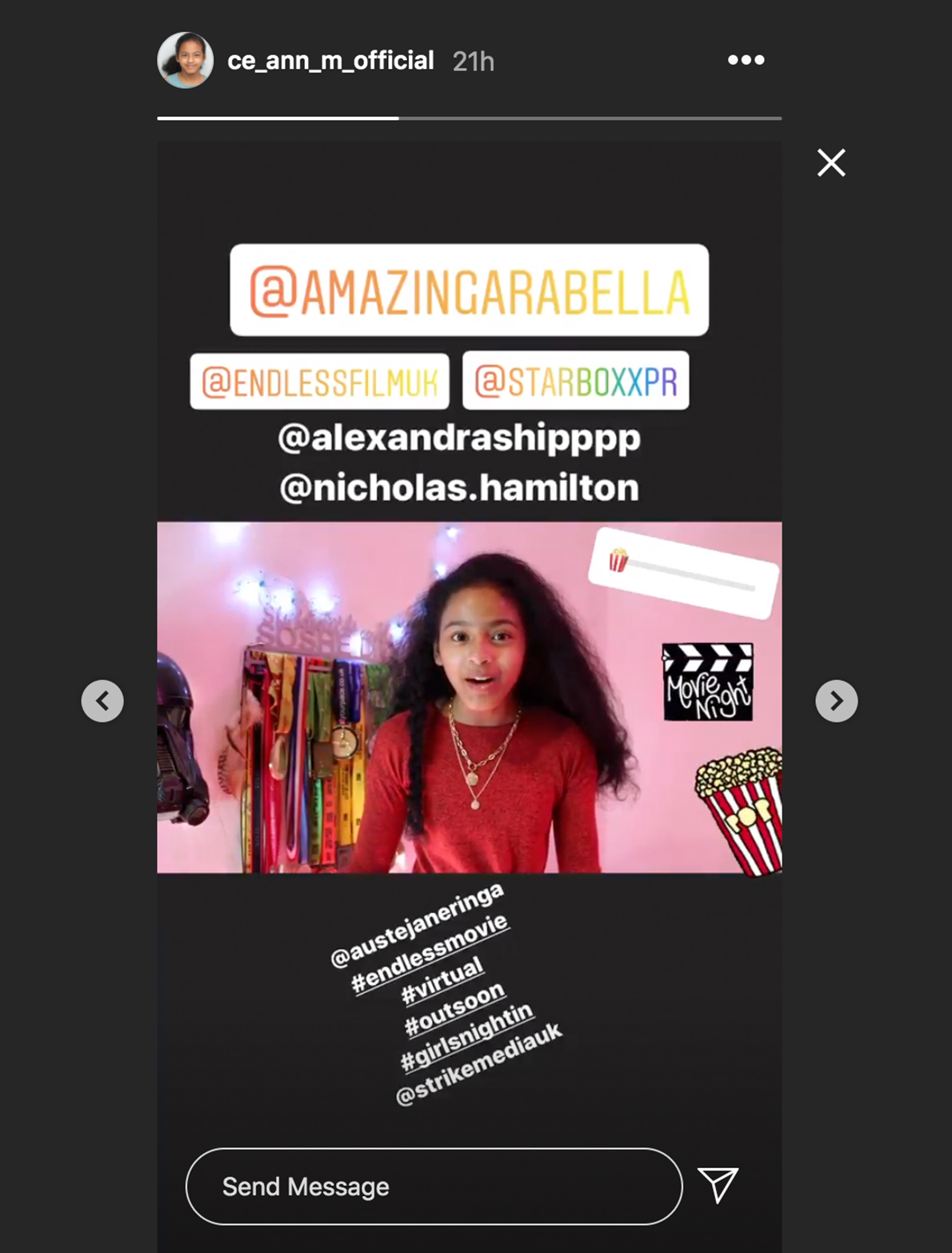 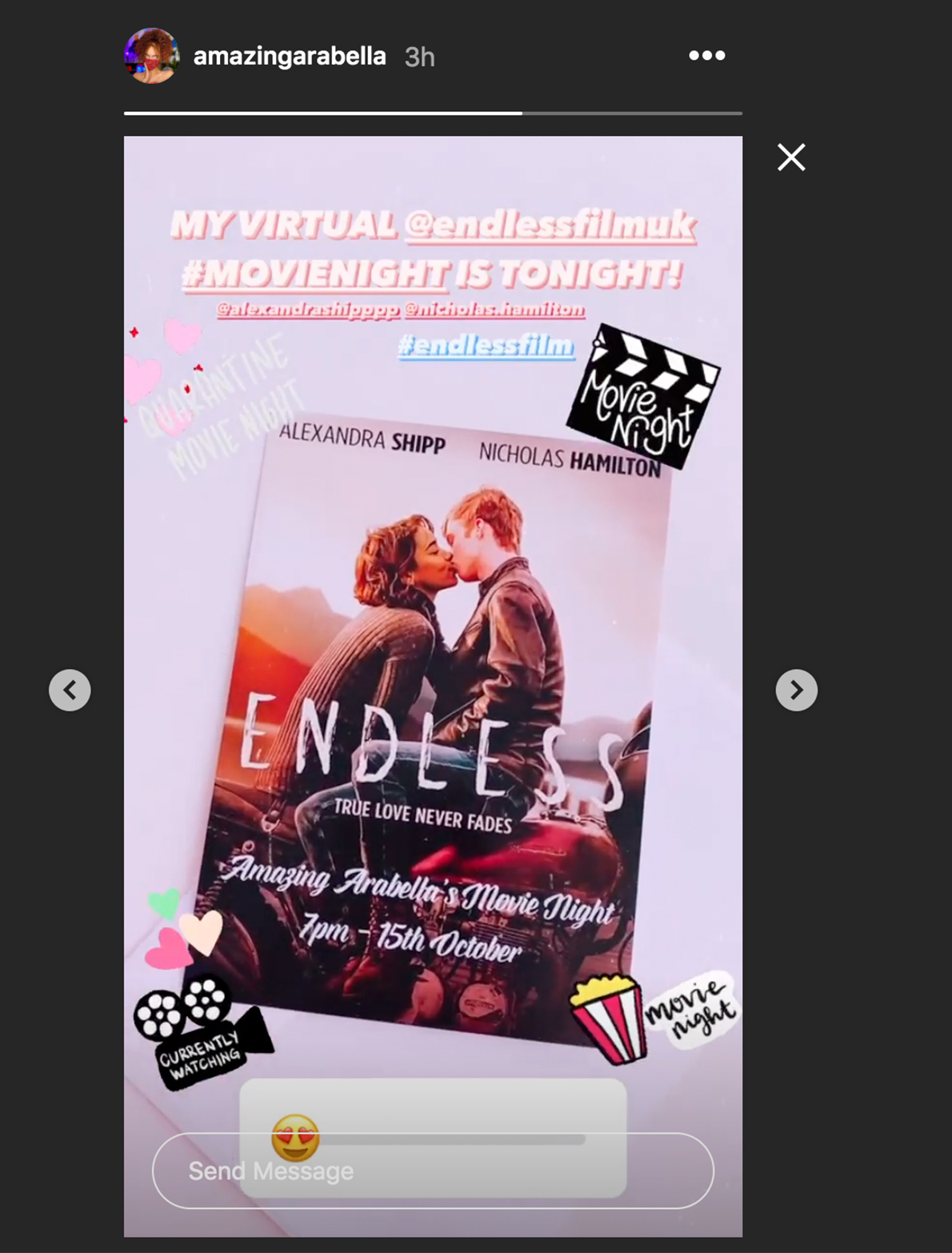 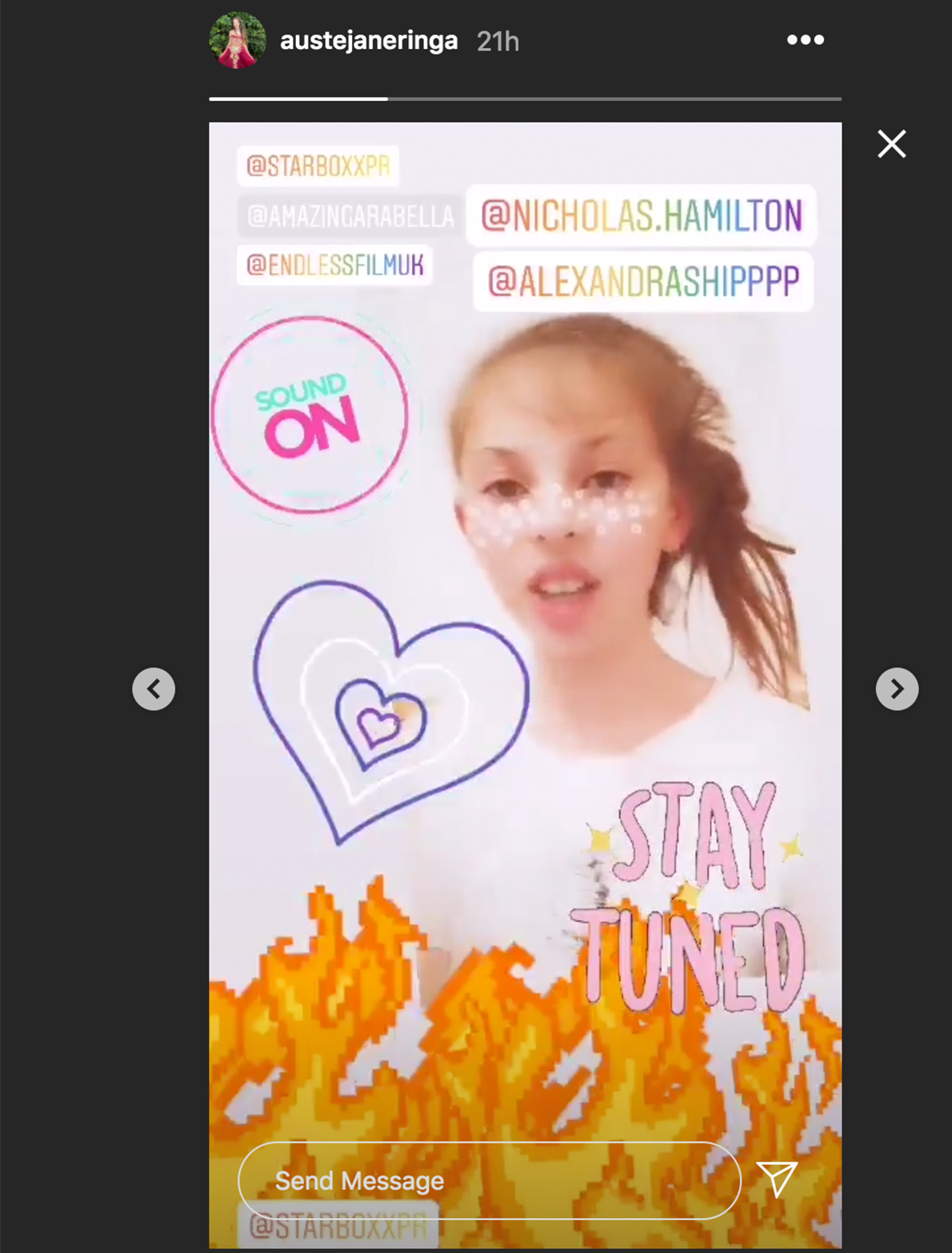 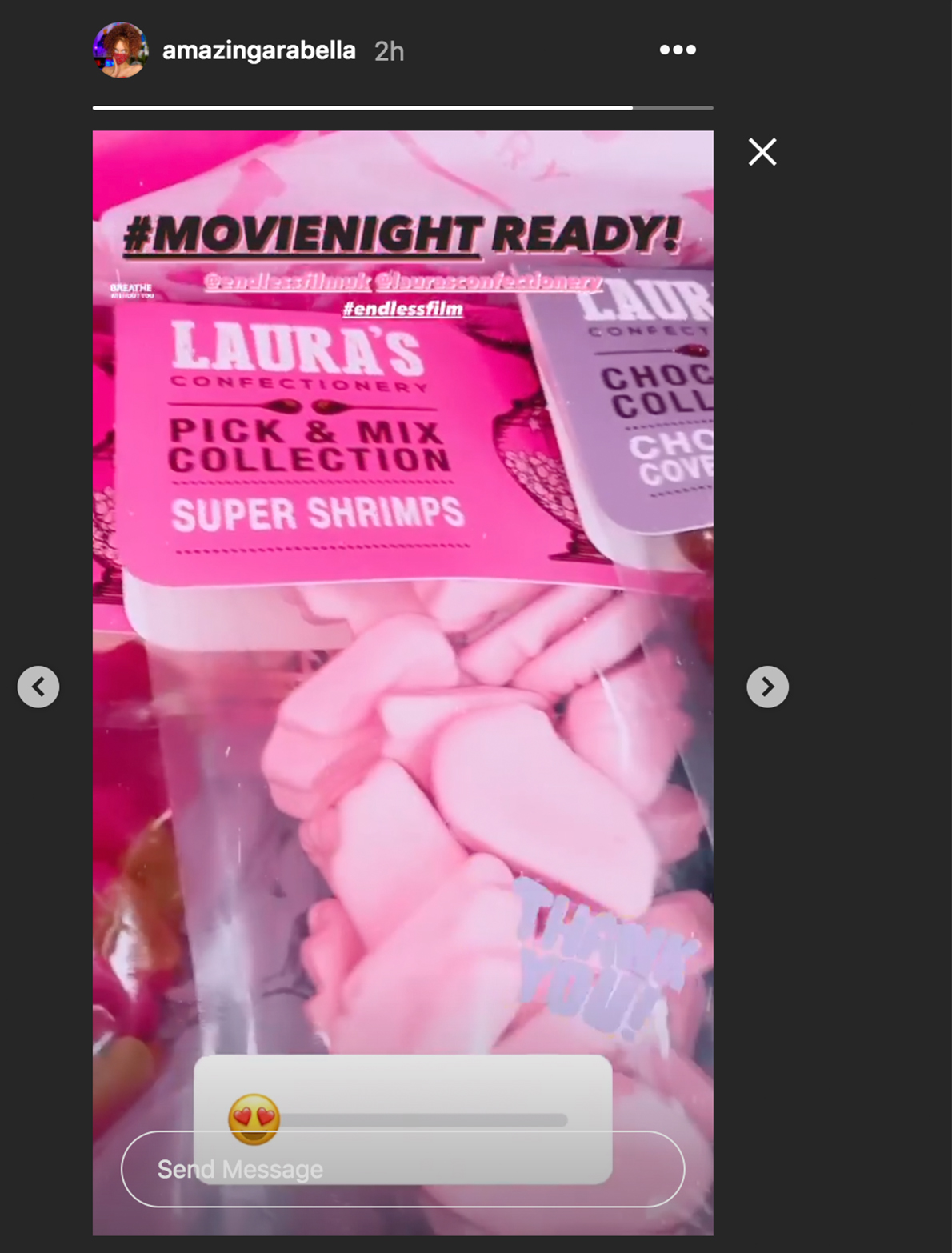 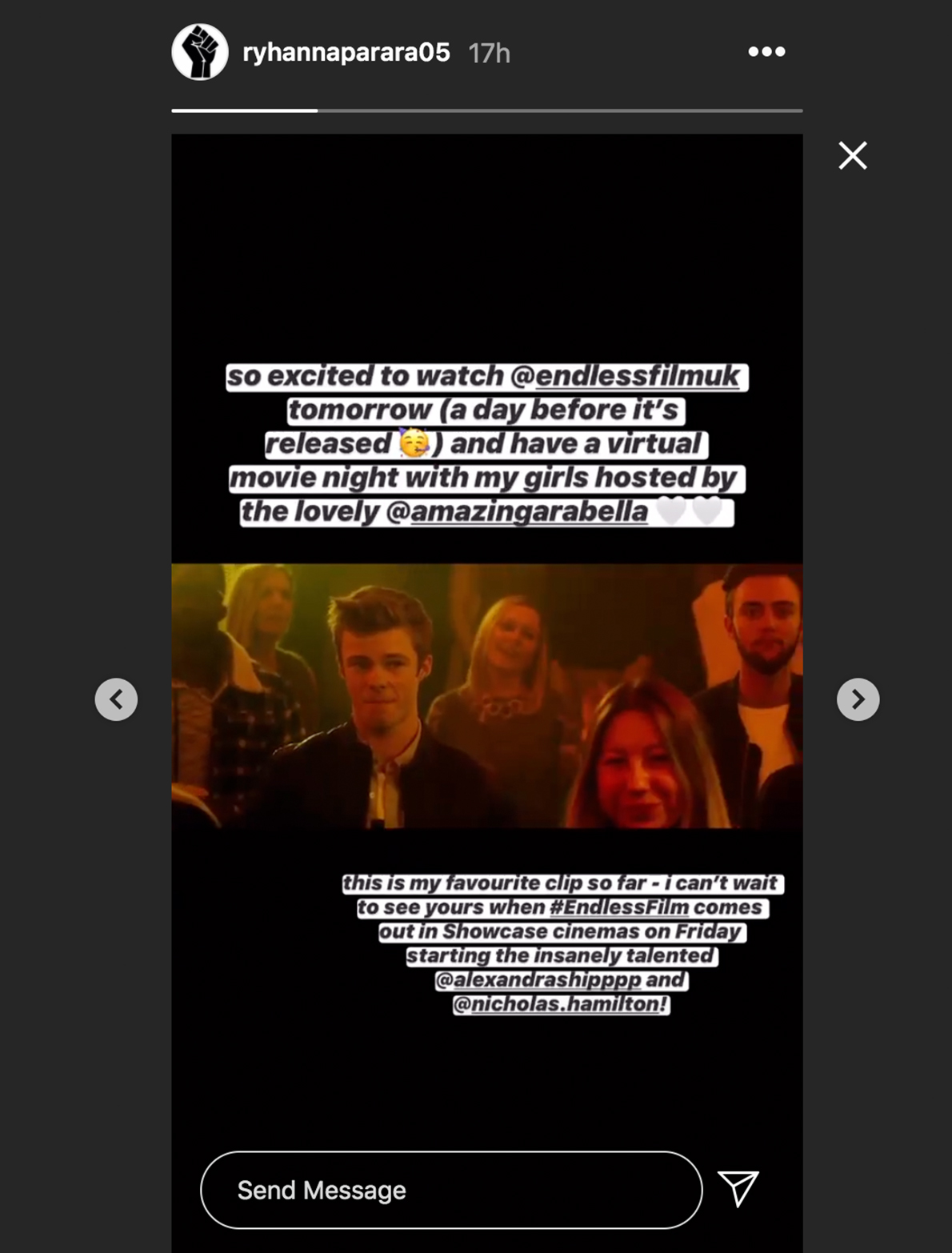 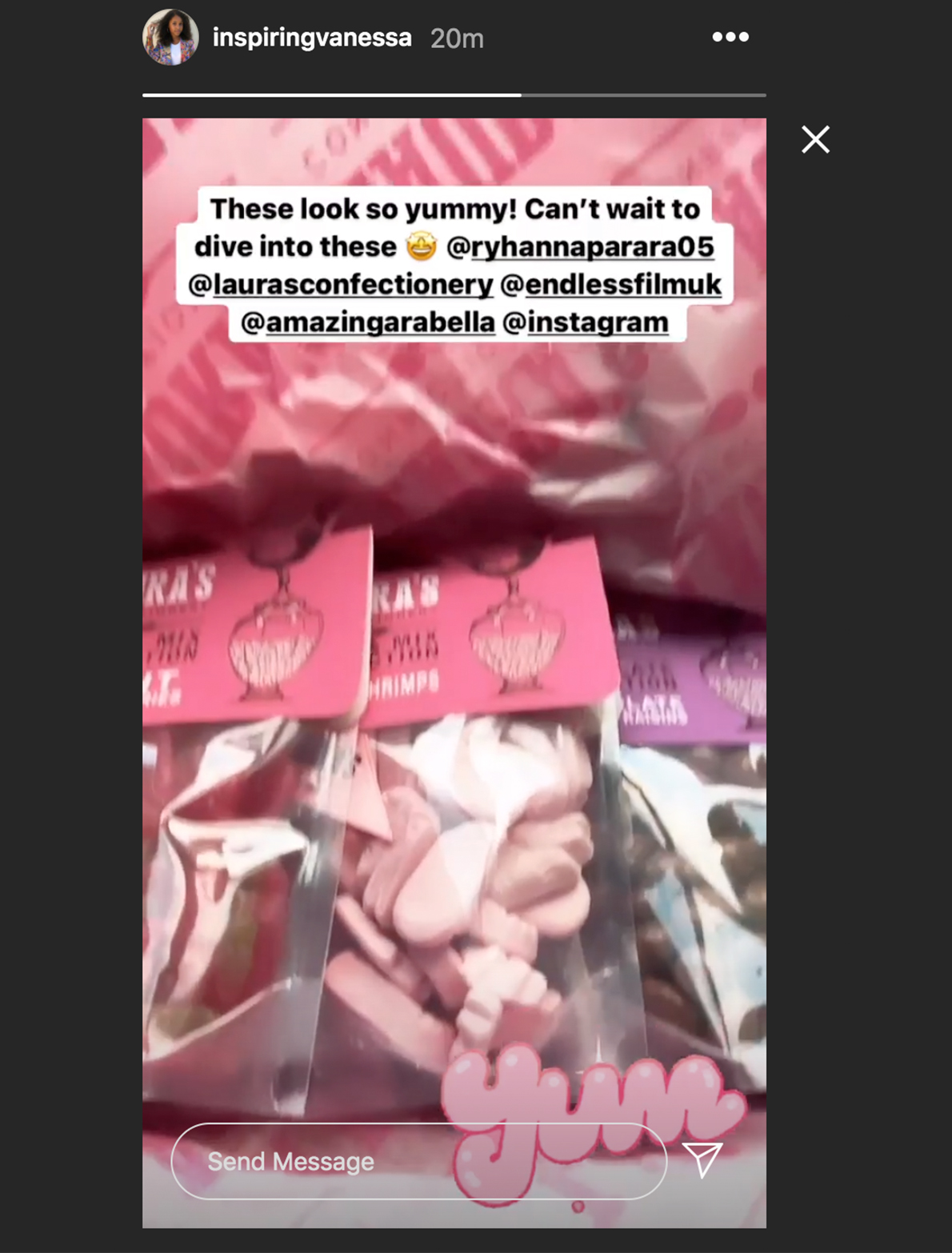 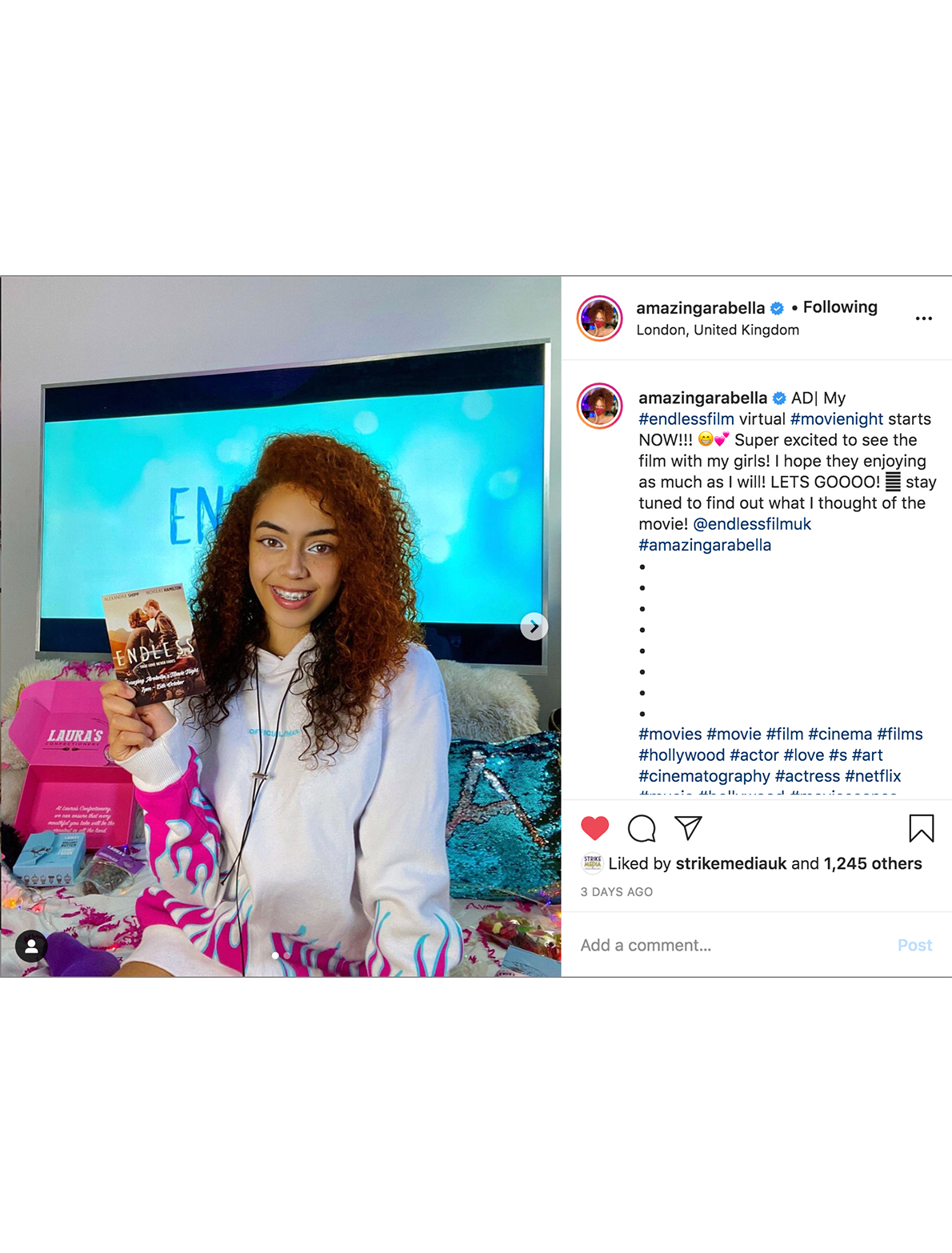 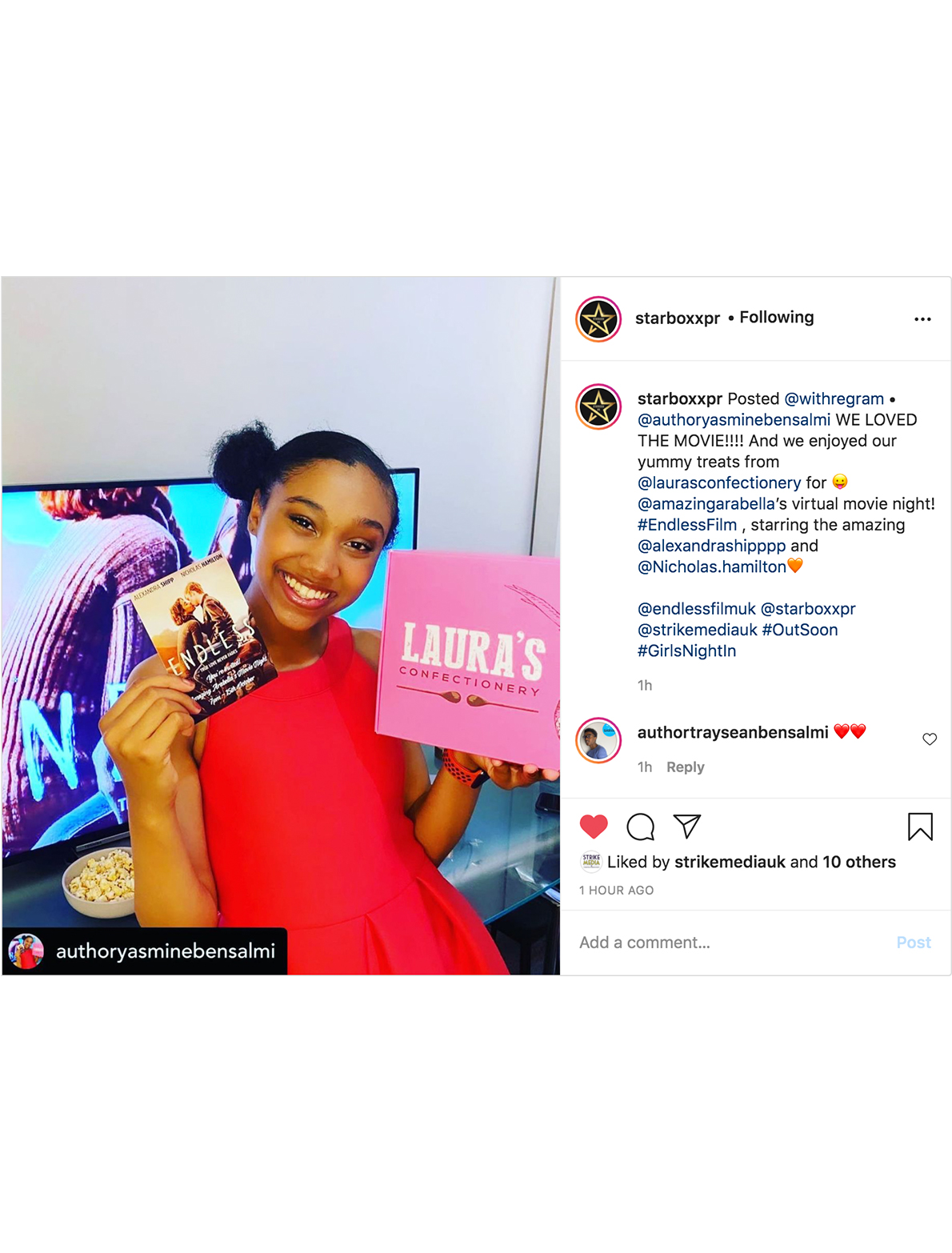 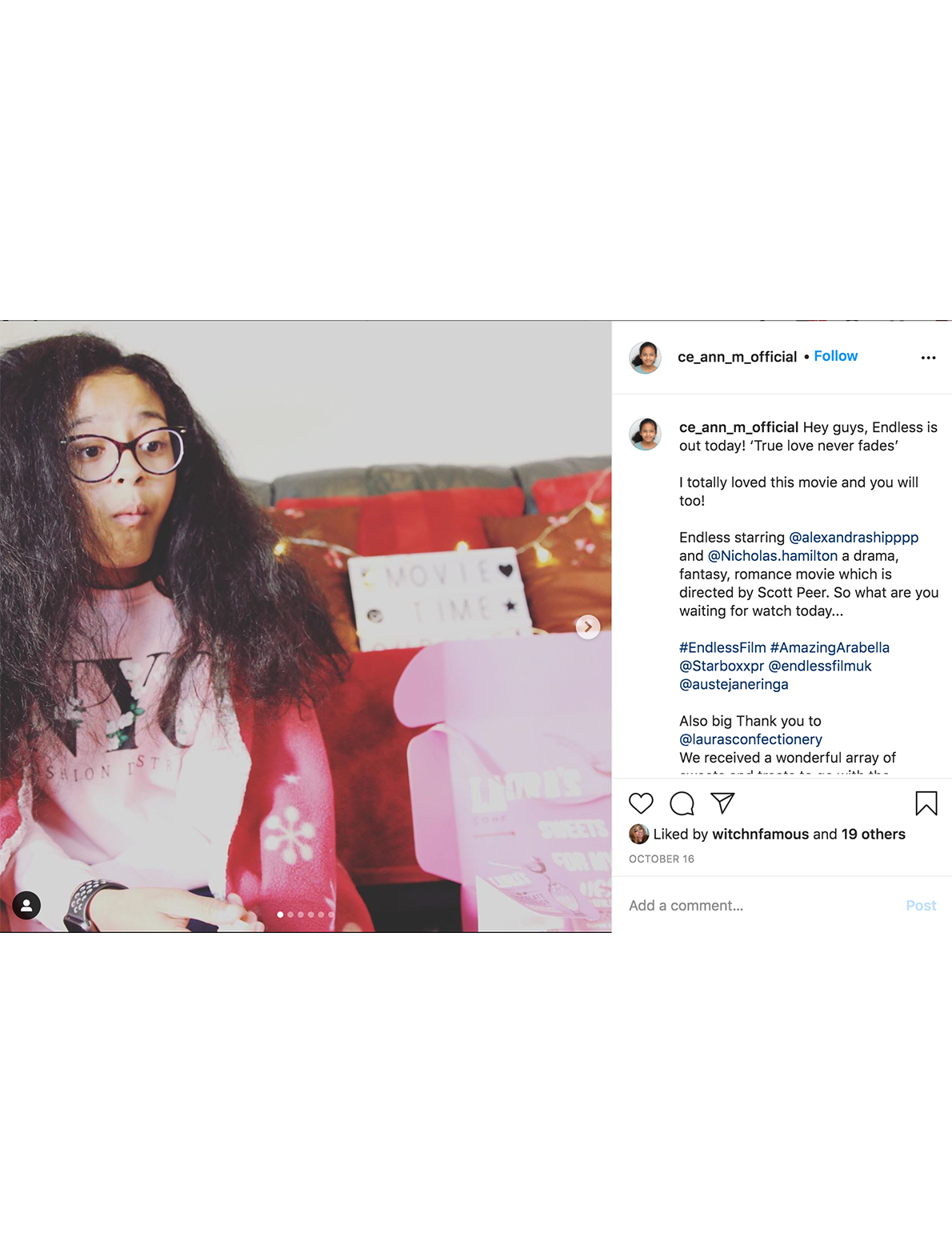