Strike Media have teamed up with Parkland Entertainment to handle to publicity for the feel-good drama From The Vine. Directed by Sean Cisterna, the film stars Joe Pantoliano (The Matrix / Midnight Run) alongside Wendy Crewson (Air Force One / Sixth Day), Marco Leonardi (Once Upon A Time In Mexico) and Paula Brancati. From The Vine was released in UK Cinemas on 10th September and then on Digital Download on 13th September.

Press fell in love with the feelgood nature of From The Vine. Lead actor, Joe Pantoliano also spoke to a number of outlets to support the film including the Independent, City AM & The Guardian in the last ever Teenage Kicks column.

Mark Gentile, an attorney and automotive company executive, travels to Italy after a major humiliation in business. He returns to the tiny village of Acerenza, visiting the vineyard where he grew up and finds it in a state of disrepair. Mark gets an idea to bring the overgrown property back to life and start producing wine again. Mark convinces various the citzens of Acerenza to aid him in this seemingly impractical effort, promising everyone a share in the business if it is successful. 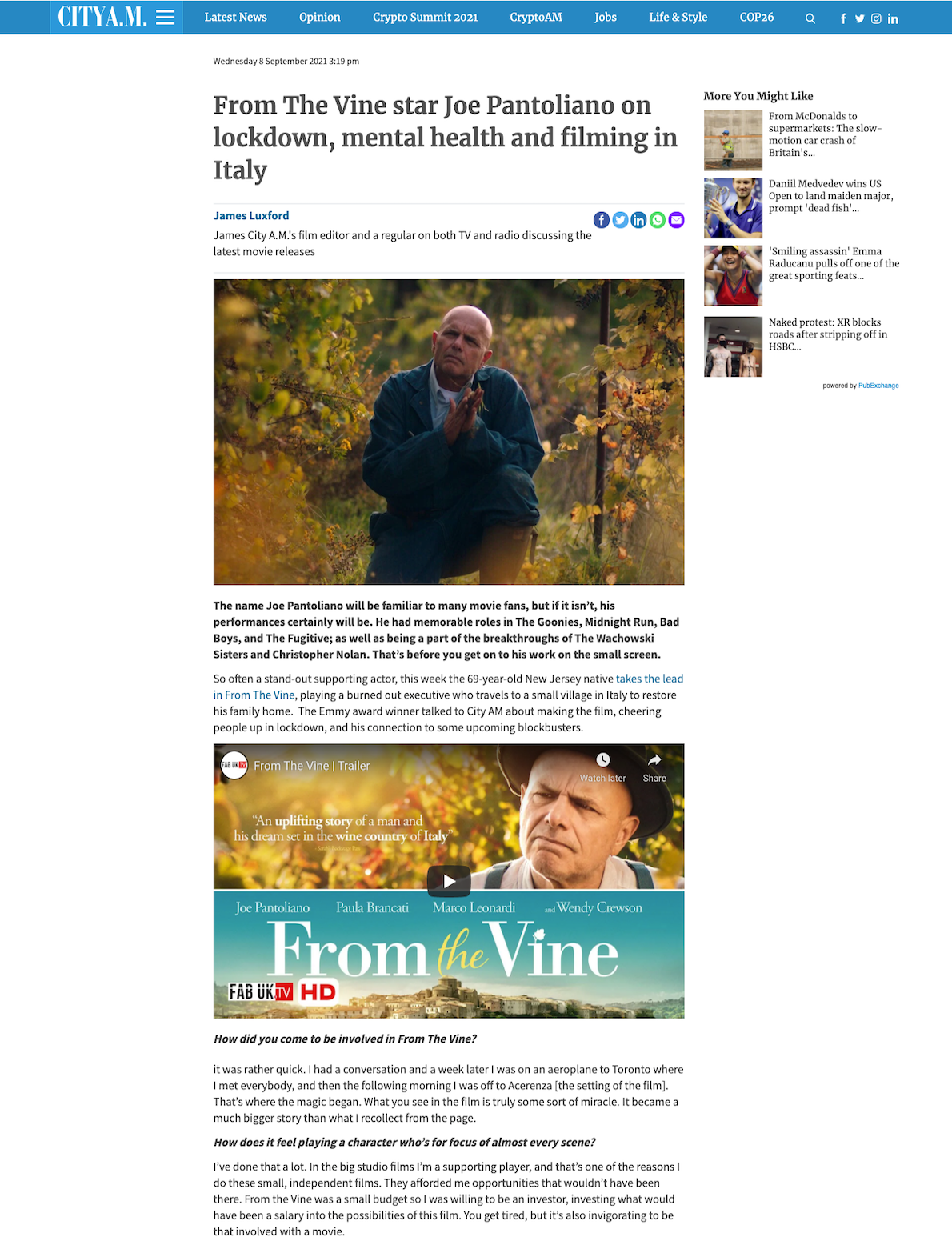 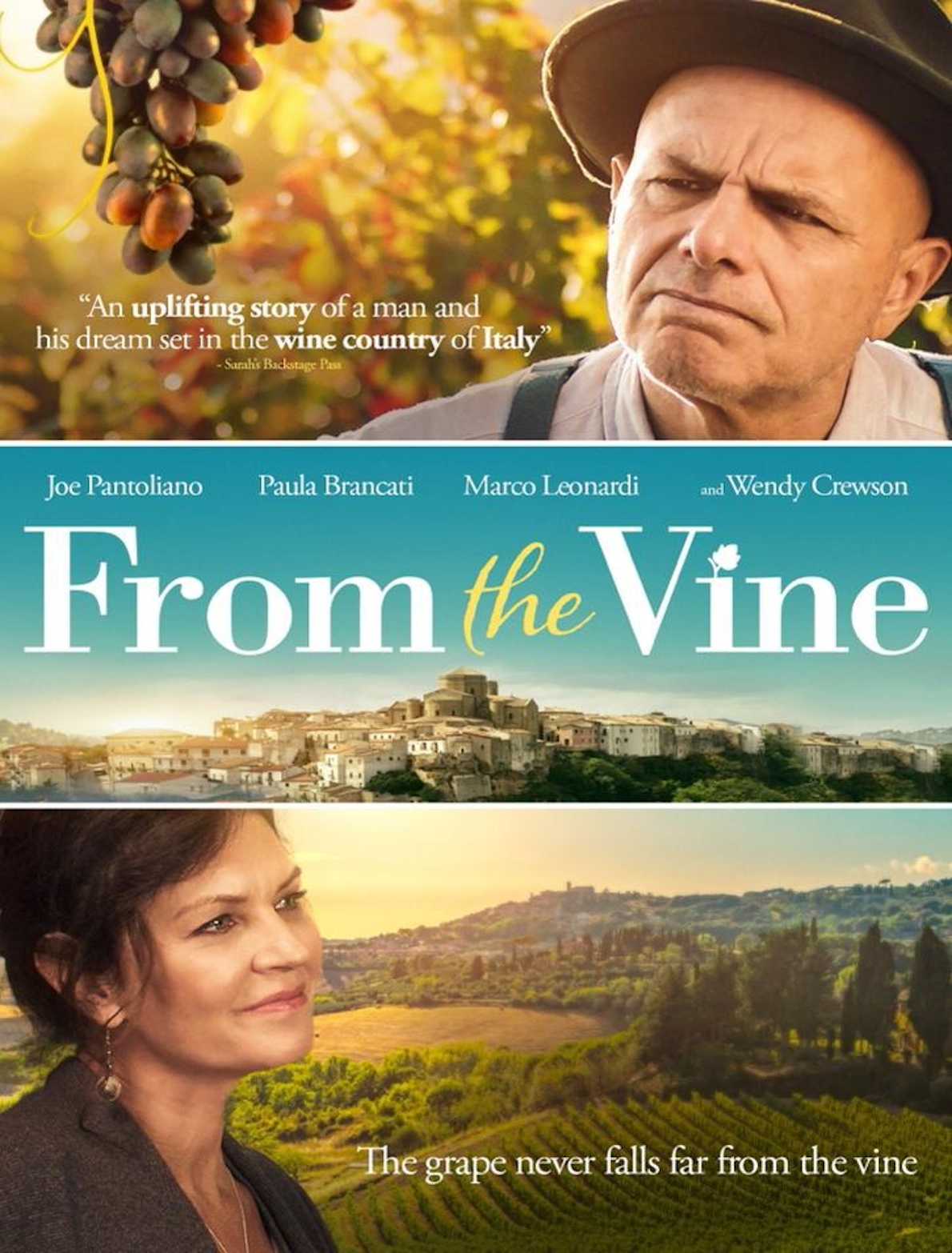 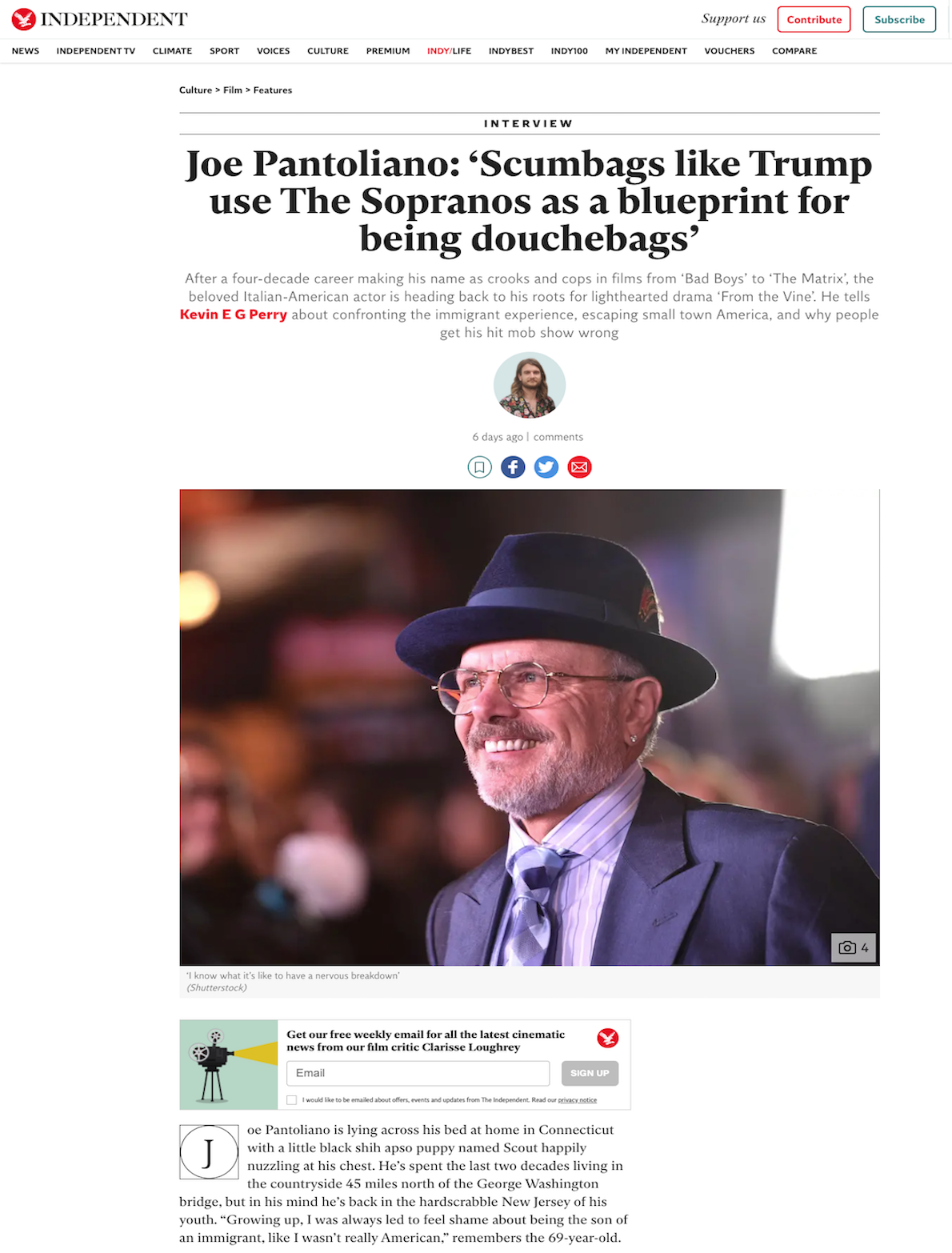