Strike Media were thrilled to work alongside Kaleidoscope on the release of GAZZA, the definitive documentary on one of England’s most talented footballers and certainly its most controversial. Following its broadcast on BBC2 in April, Sampson Collin’s acclaimed documentary is now available on Digital Download, DVD & Blu-ray.

Whilst the film attracted a lot of attention after its broadcast on the BBC, including strong words from media firebrand Piers Morgan, who appears in the doc through historical footage and declined an interview request from the filmmakers, Strike were tasked to raise awareness of the film’s Home Entertainment release.

Our campaign began with managing the film’s Premiere at the Ham Yard Hotel in London, attended by Linda Lusardi, John Motson, Ugo Monye, Jim Rosenthal and a number of sporting figures. We were able to secure national coverage through the guests attending the event and appearing on the Red Carpet. Photographers and Video press were managed by our team.

Strike also looked to secure additional news stories and reviews ahead of the HE release, as well as piggybacking on existing coverage, making sure journalists included a credit mentioning the HE release. Strike also worked alongside the filmmakers and managed to secure a number of interviews in top tier footballing and entertainment outlets.

Paul Gascoigne was the face of ‘90s Britain, the most celebrated young footballer in the world, and a newspaper editor’s dream. His on-ﬁeld brilliance was matched only by his oﬀ-ﬁeld antics, which the tabloid media ruthlessly exploited for a celebrity-obsessed audience. 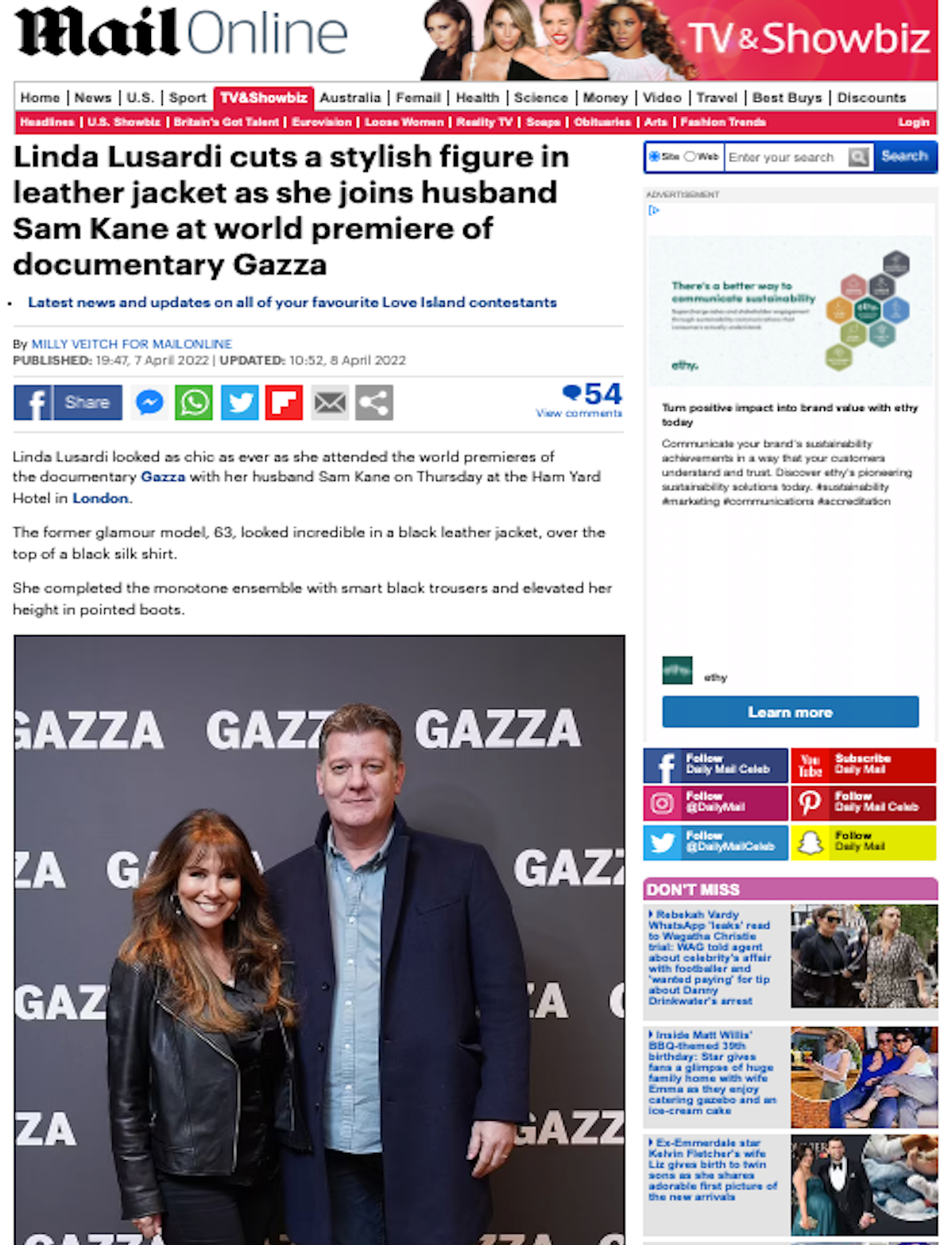 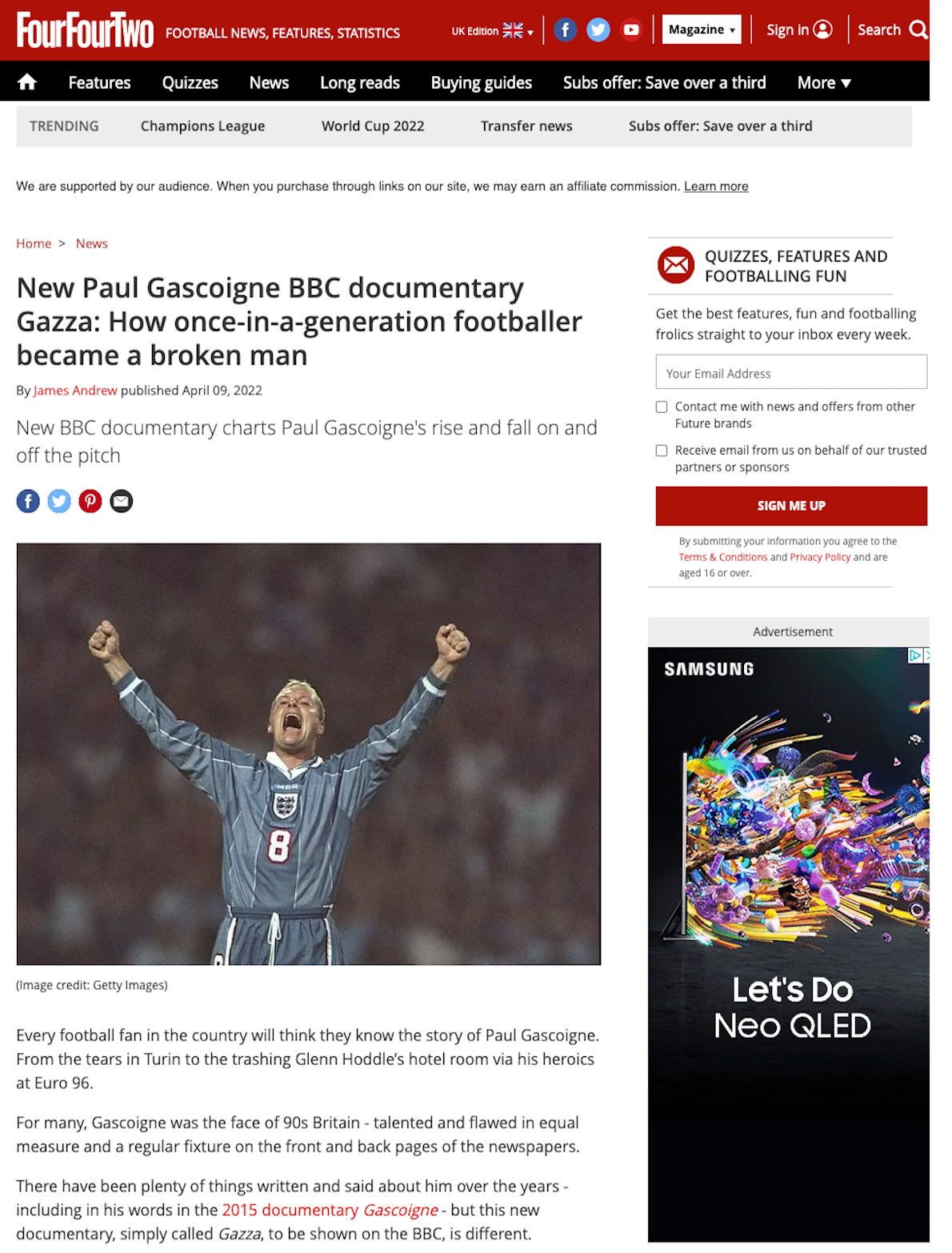 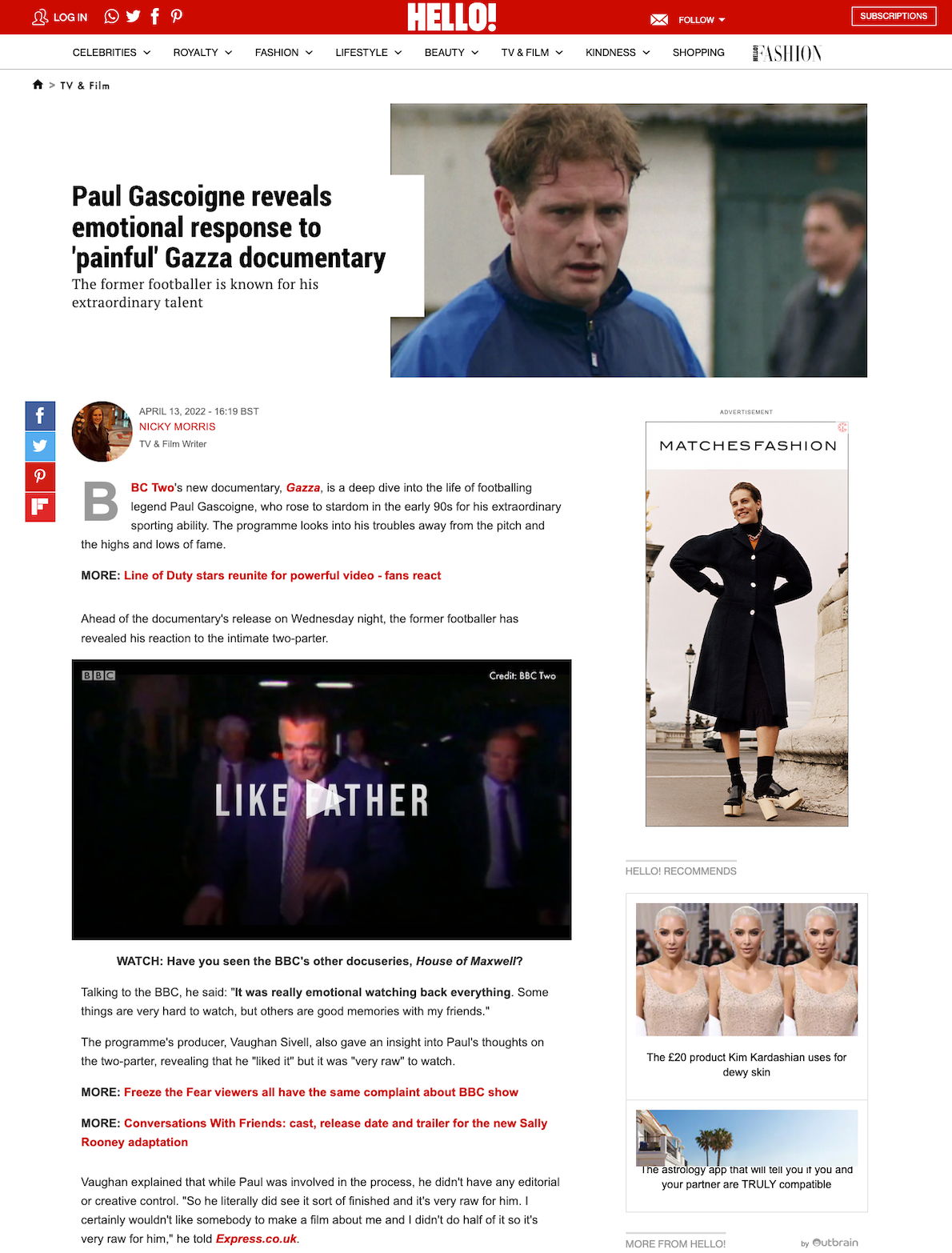 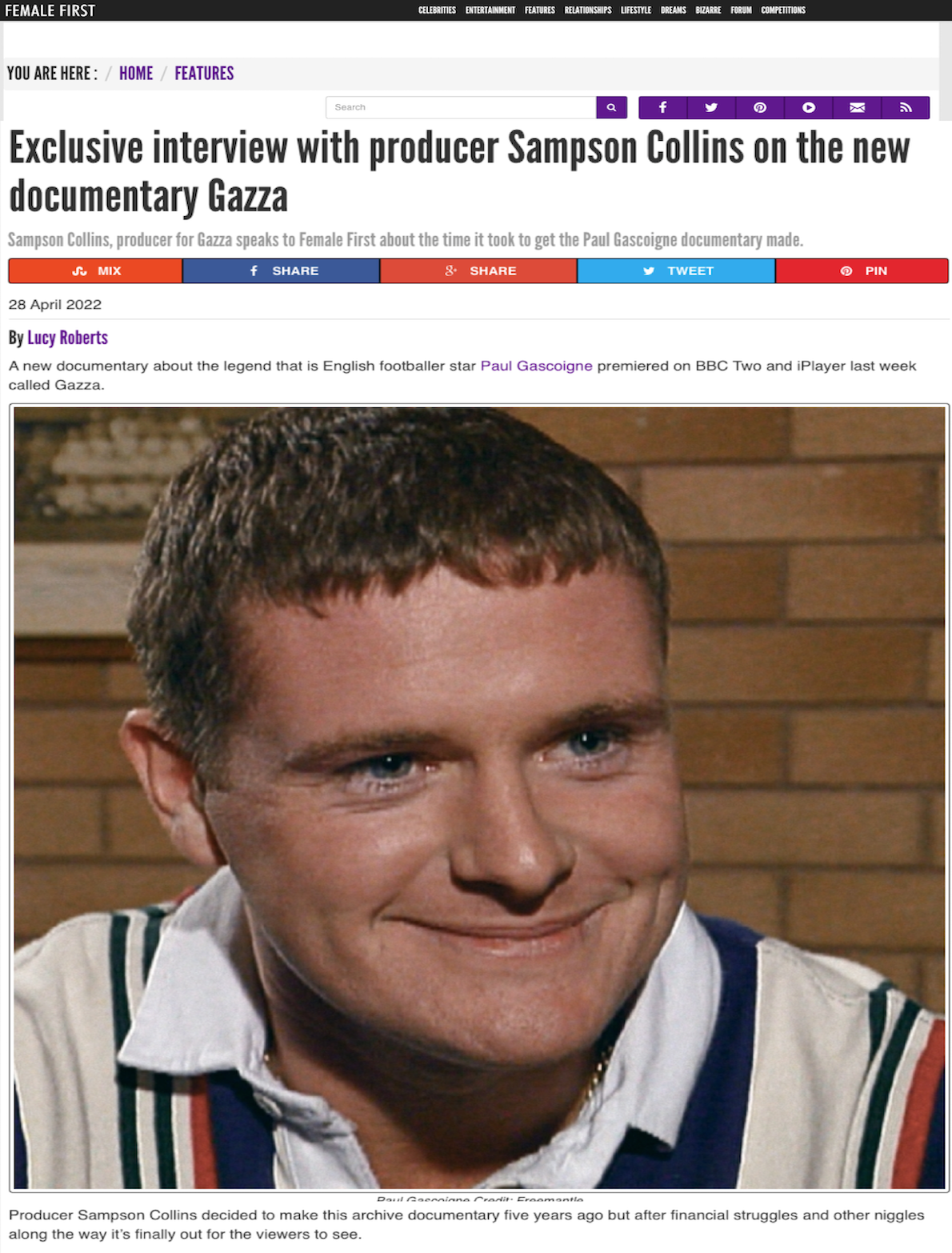 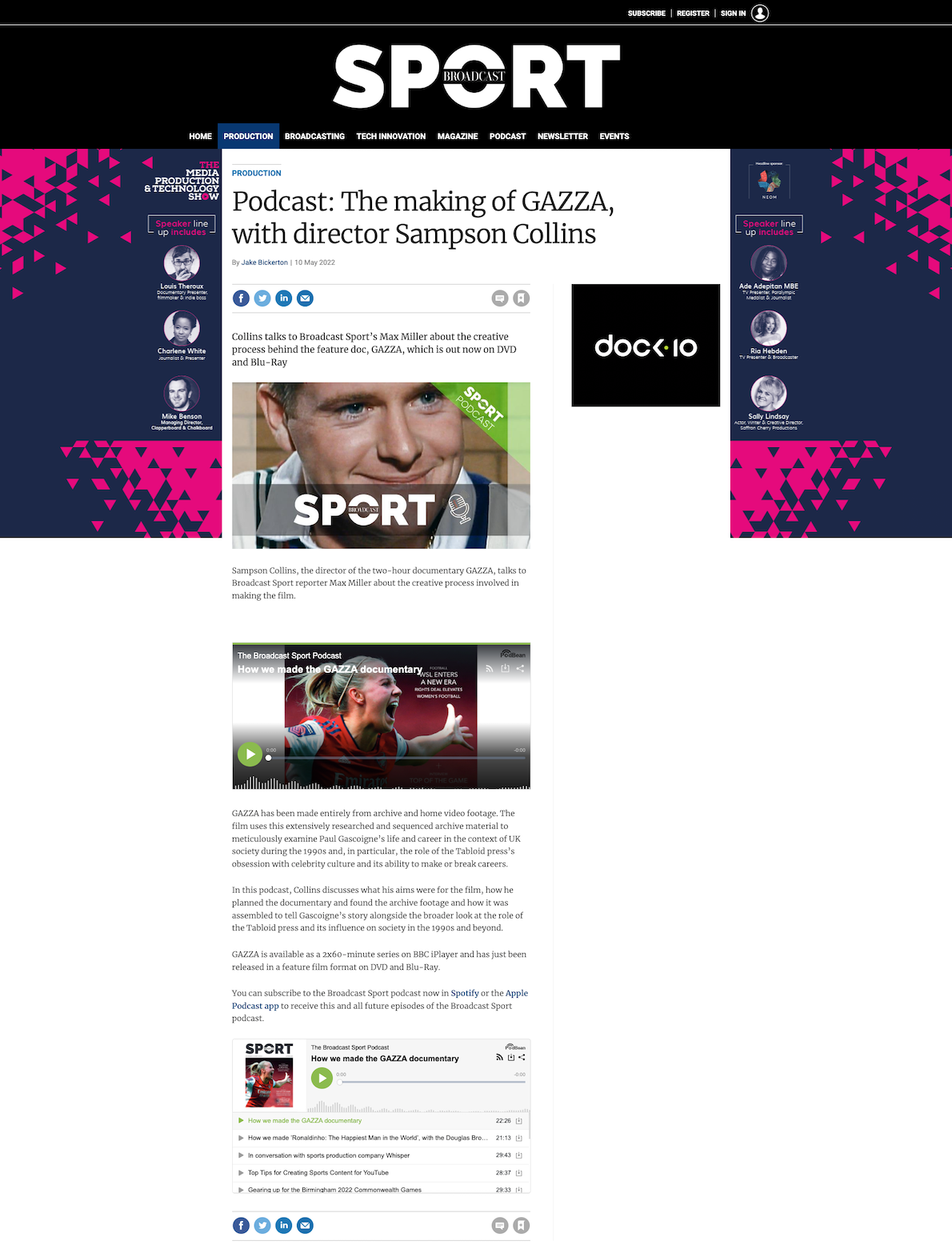 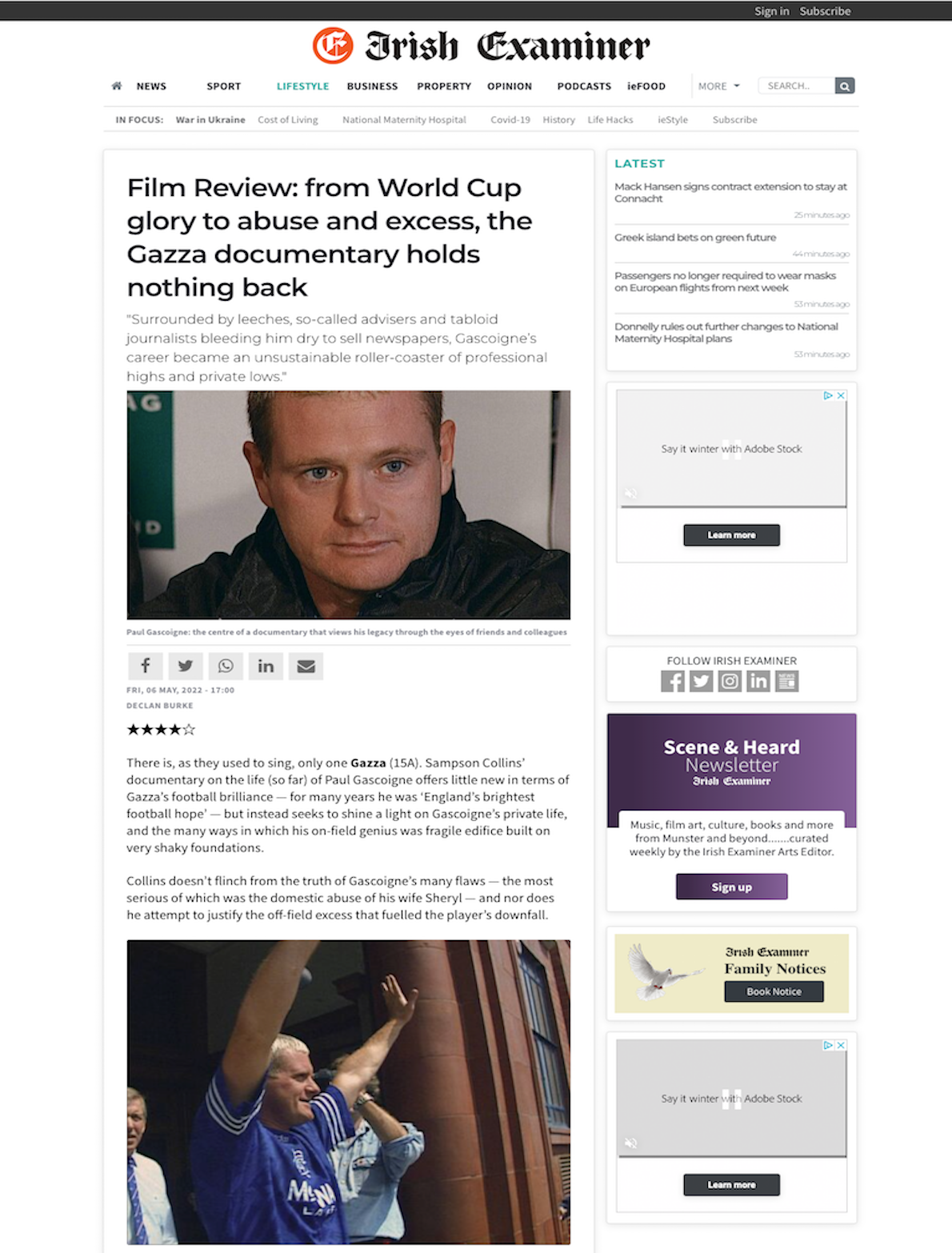