Strike Media were brought on board in early July to look after the publicity for Killers Anonymous, the star studded crime thriller starring Gary Oldman, Jessica Alba, Suki waterhouse and Tommy Flanagan. Strike managed the Theatrical and Home Entertainment release for the film as well as the premiere which took place at Everyman Kings Cross on 27th August.

Strike secured nearly 100 pieces of coverage for the campaign, including key coverage across Broadcast, Print and Online coverage as well a number of National Reviews and select film magazines. Pieces were also run in covering the premiere, with Strike inviting a number of London celebs & influencers. As well as a strong social presence online on the night of the premiere, the event also reached the Evening Standard’s Londoner column!

A support group of killers is held regularly, the participants sit in a circle of trust and share their transgressions. On this particular night, the city has been rocked by the failed assassination of a Senator and the brutal and professional demise of his attempted assassin. A chain of events is already in motion, as the group congregates for their late-night session. The very fabric of the group begins to unravel, as one layer of betrayal leads to another. Welcome to Killers Anonymous. The meeting is now in session. 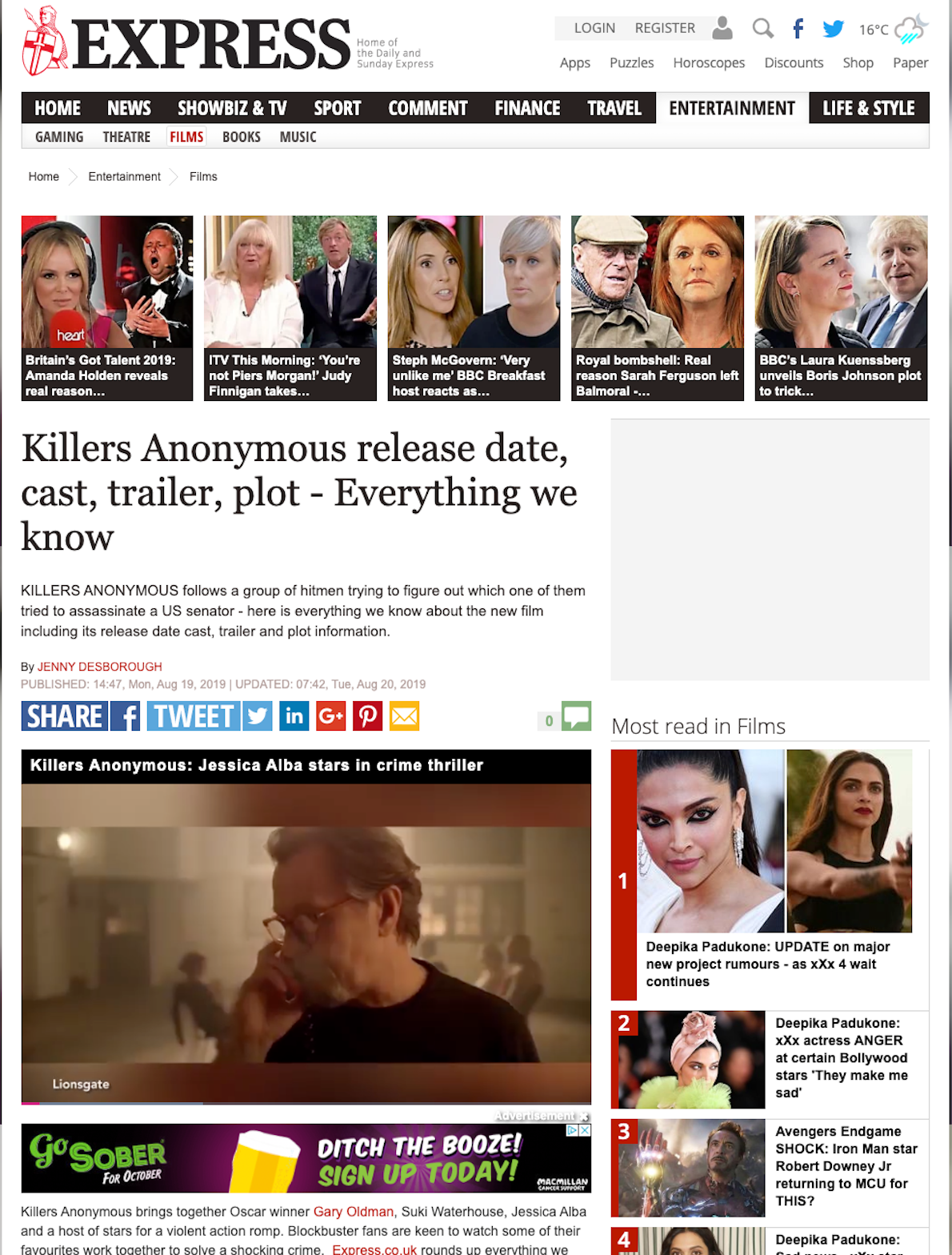 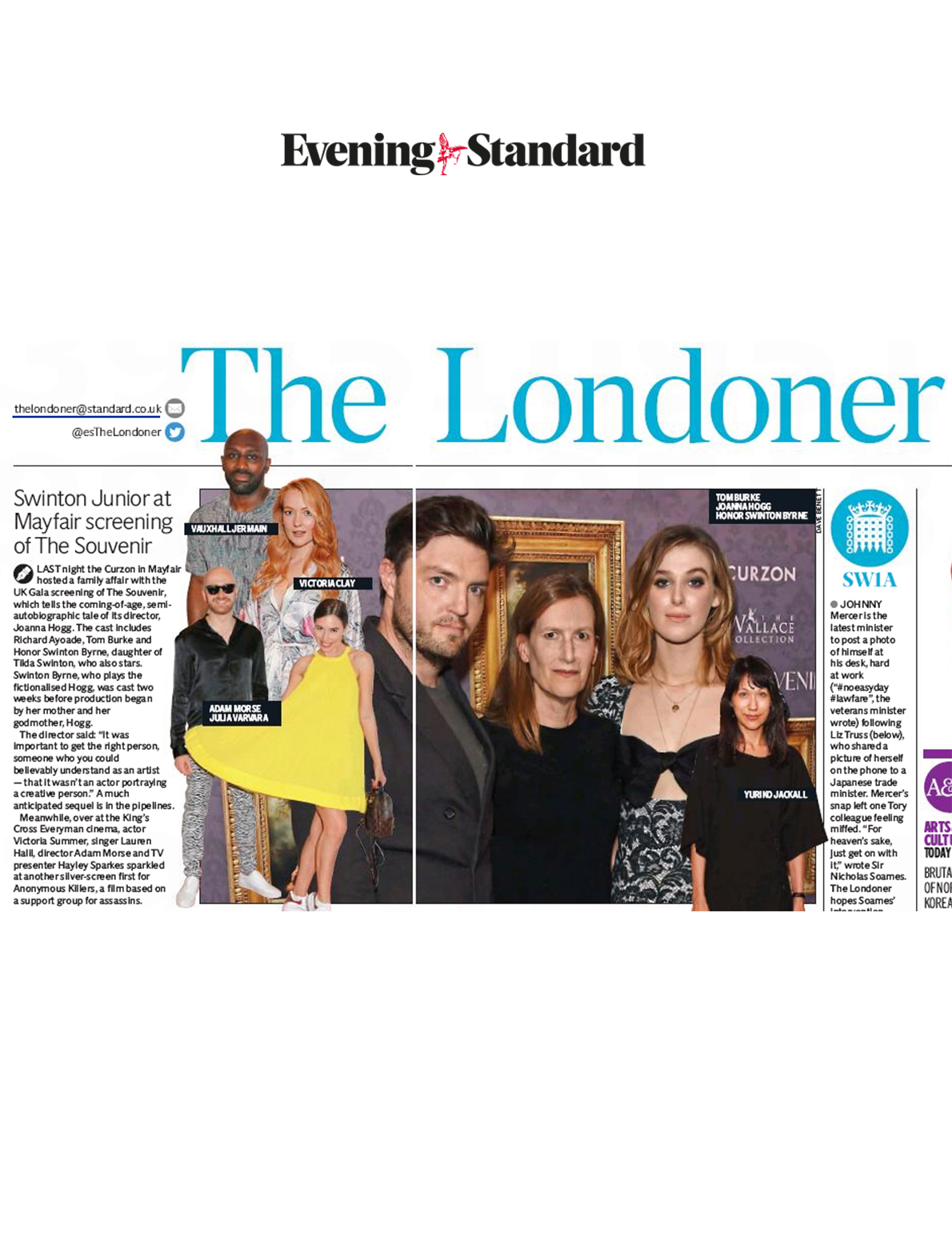 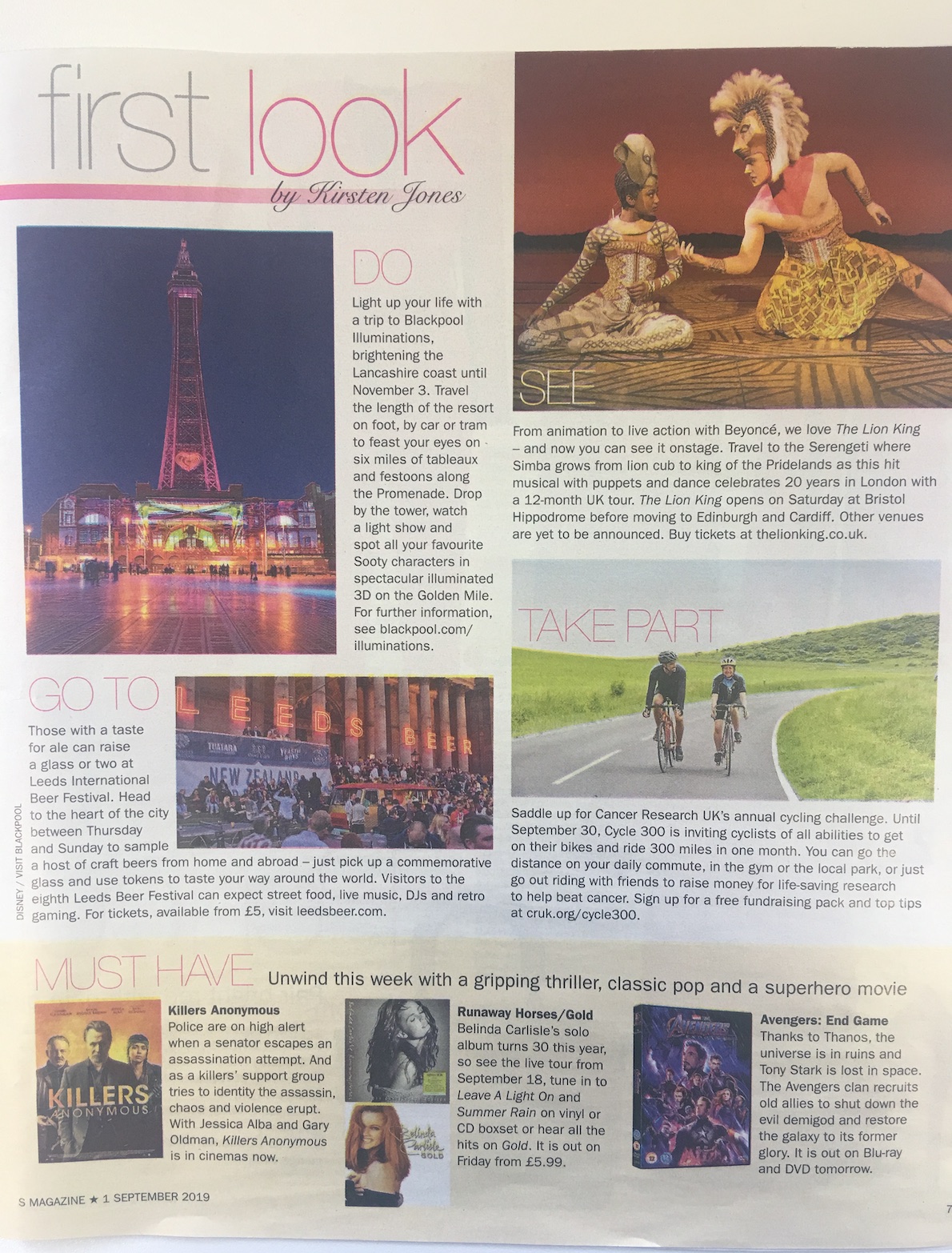 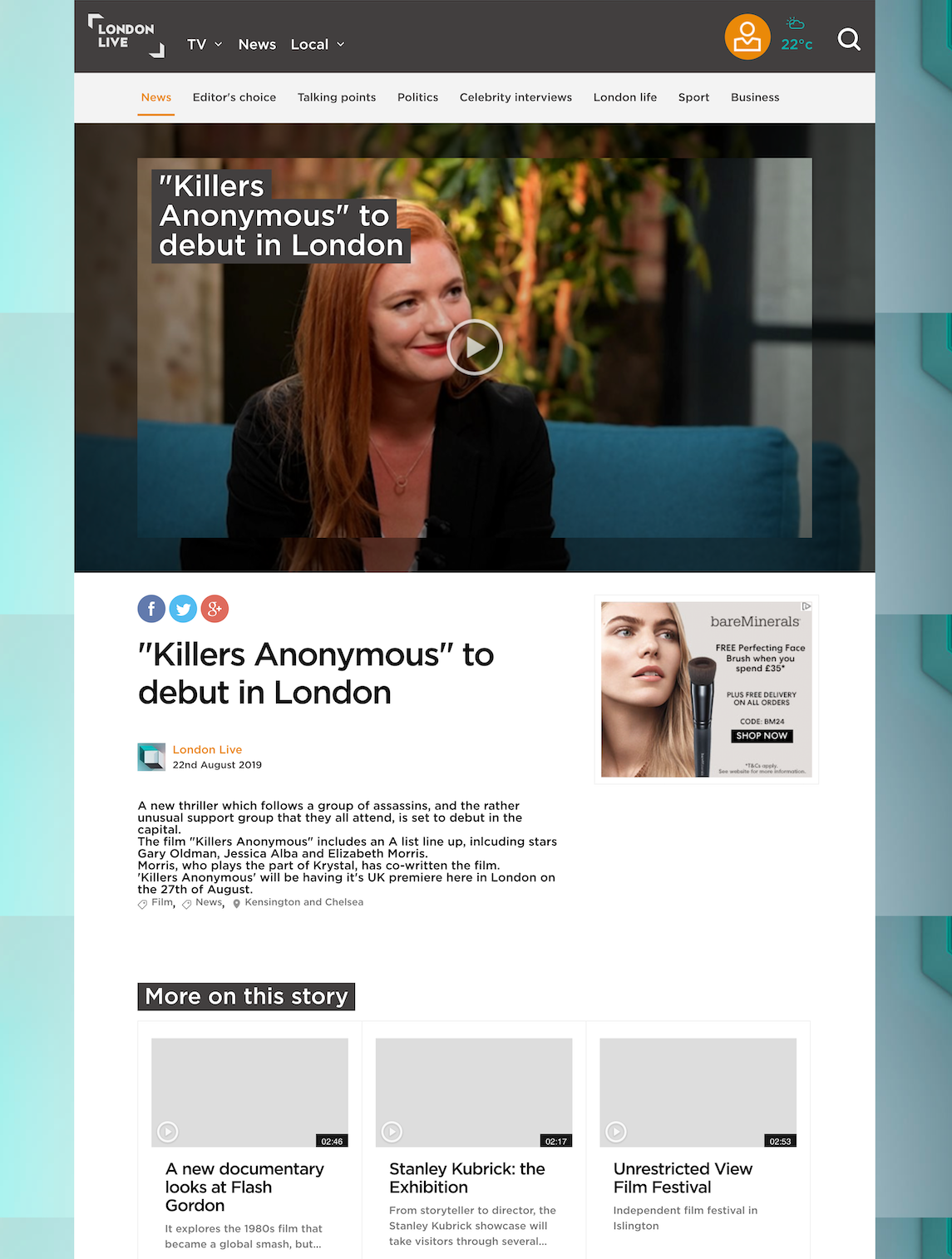 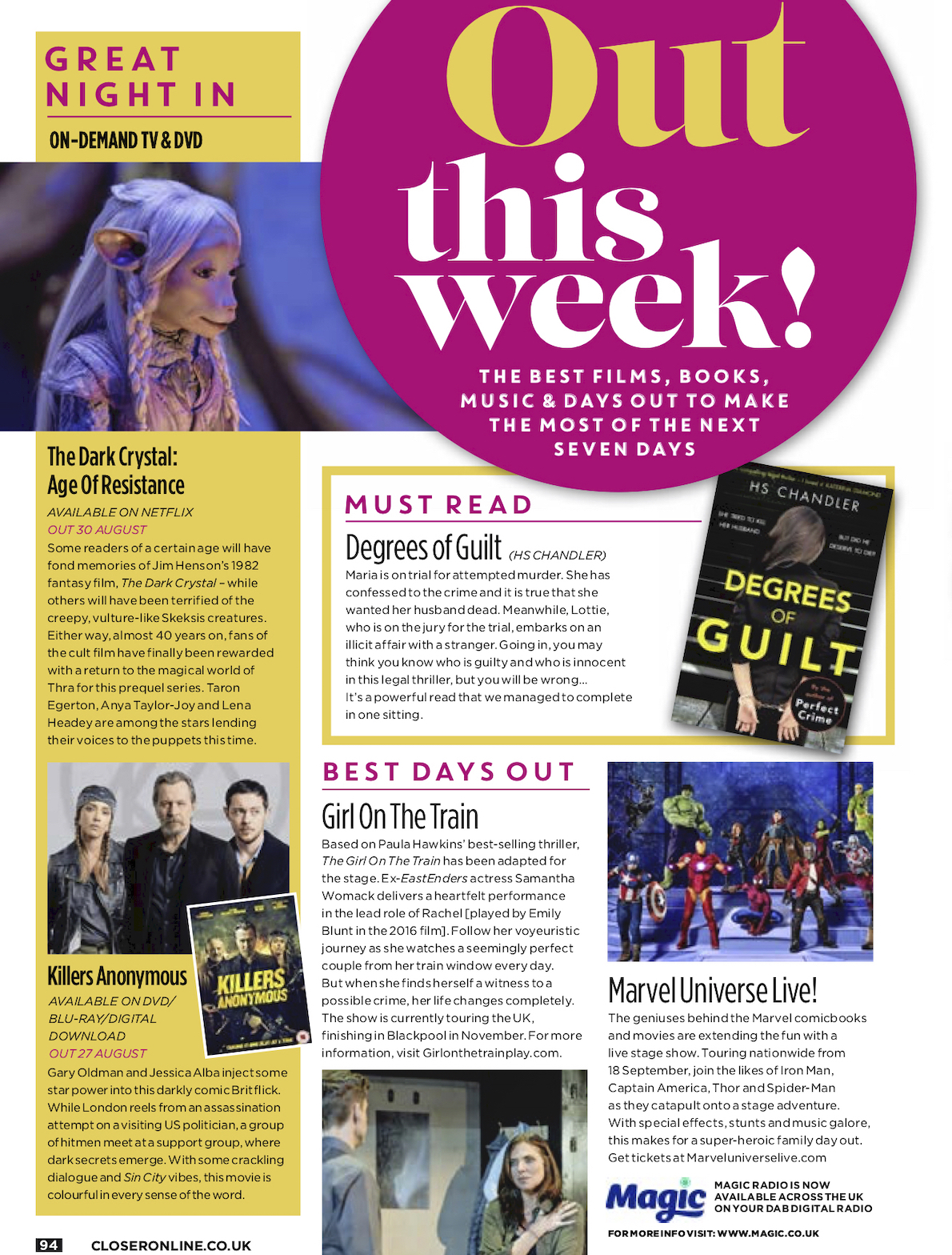 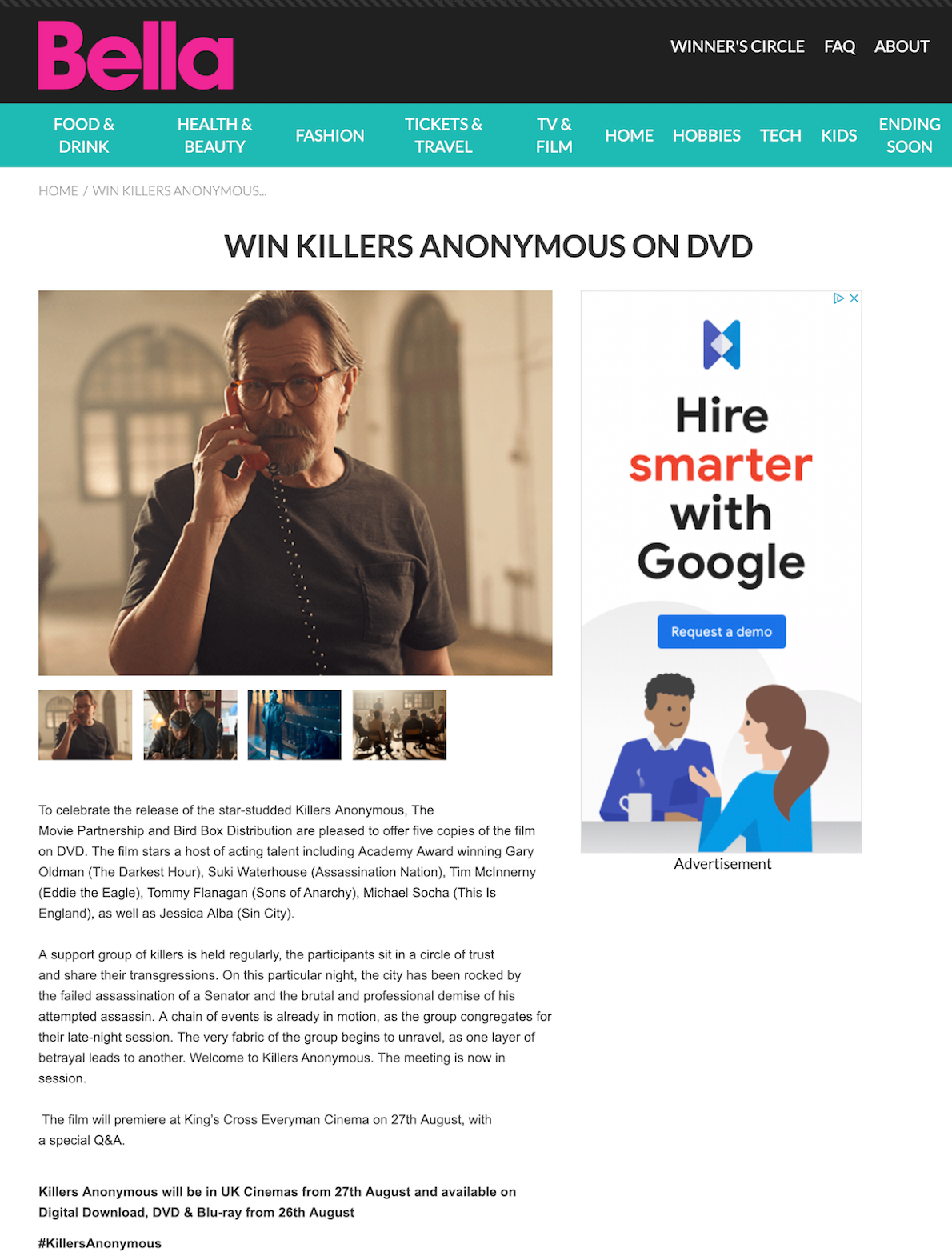