Strike Media look after the PR and Marketing for social film app MyFilmClub. Launched in June 2017, MFC is the first app to combine social communities and film information creating a go-to hub for film fans everywhere. In January, the app launches in the USA, Canada, Australia and Ireland.

It can be downloaded for free on iTunes and Google Play

MFC club has donated to charities such as the Film and Television Charity and MediCinema during its formative years, creating awareness amongst the film industry whilst Wez, the creator, has been interviewed by a number of publications including The Culture Trip, Cue Entertainment and The Raygun.

MyFilmClub provides a platform for local people to meet in chat rooms that they have either joined or created, called ‘clubs’. The intention is that members of groups will then meet up in person because the app makes social organisation so simple. Once you have chosen the film you wish to see, geotags pool the nearest five cinemas that the film is showing in. Cinema options, information about the film and ticket purchasing links can be shared with other club members on your group chat. MyFilmClub can even help out the most forgetful among us by sending push notifications to smartphone calendars, making sure users don’t miss the titles they are looking forward to seeing. 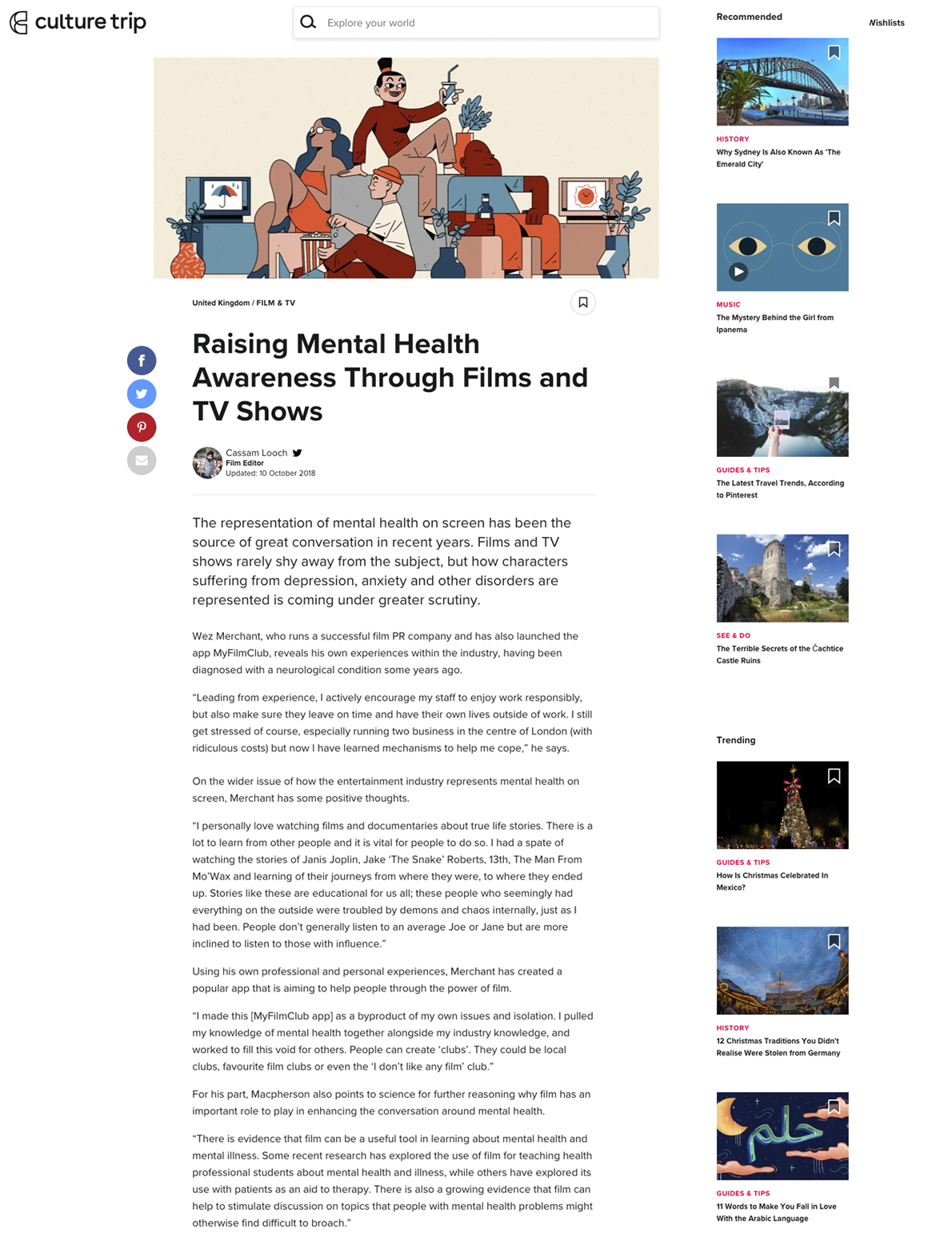 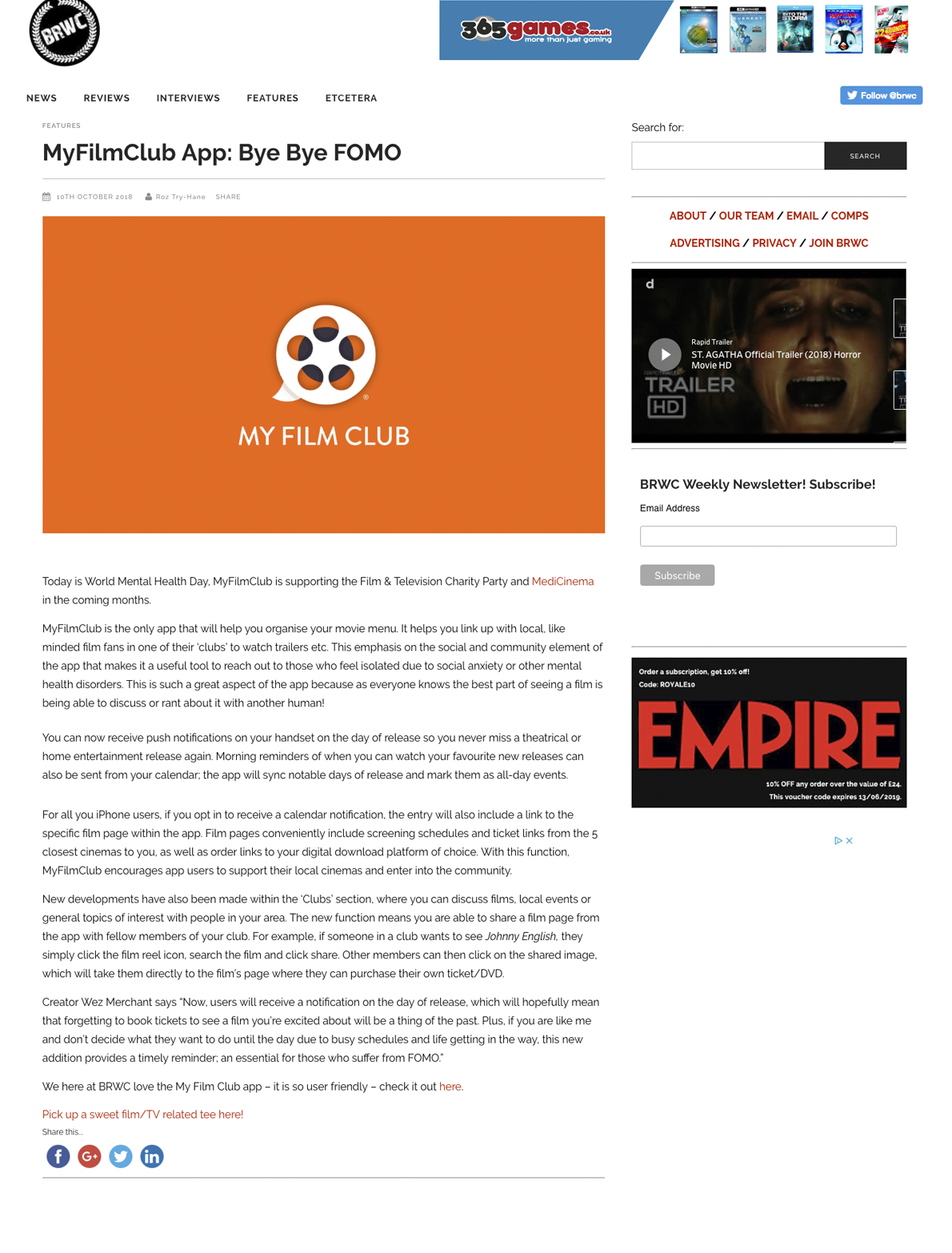 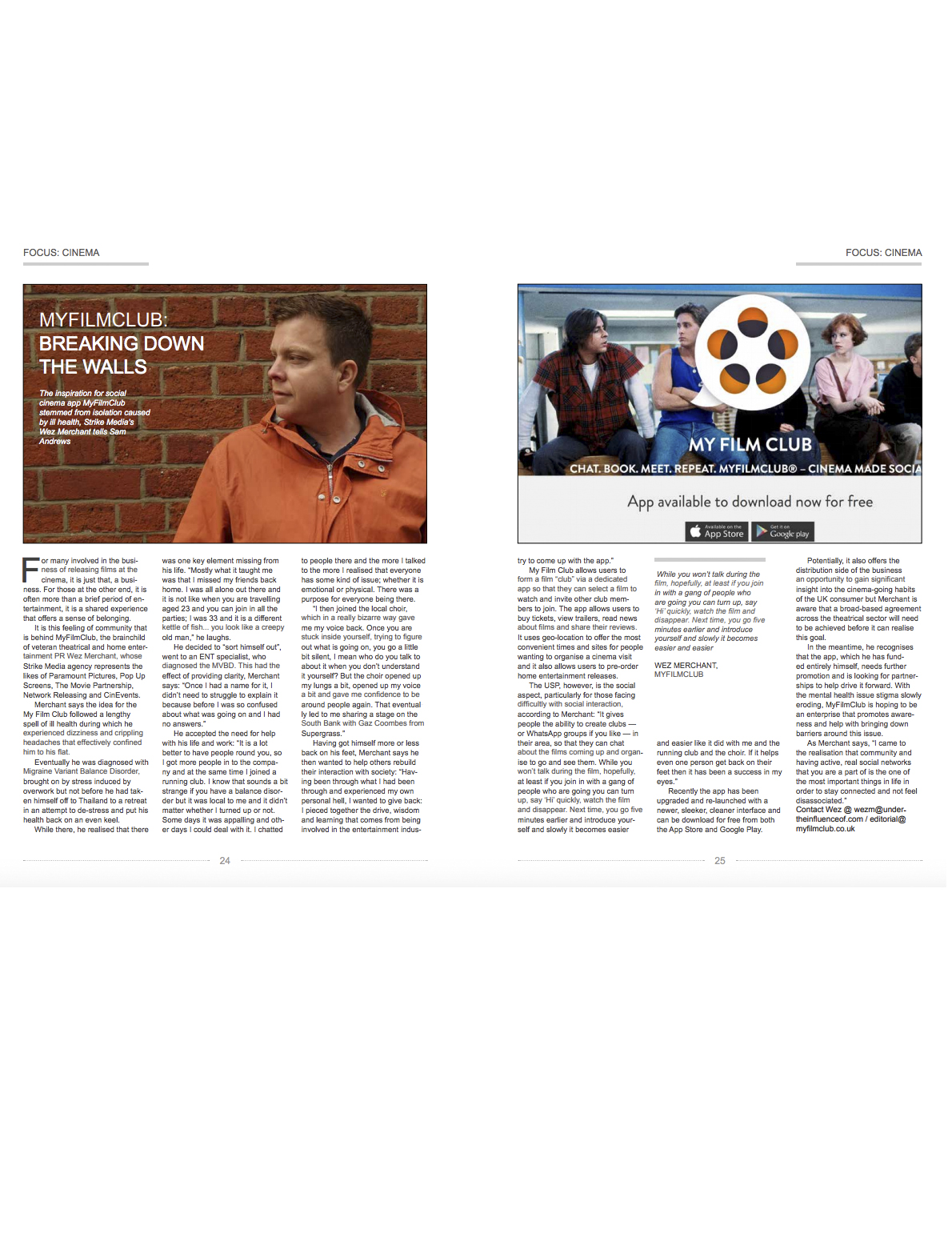 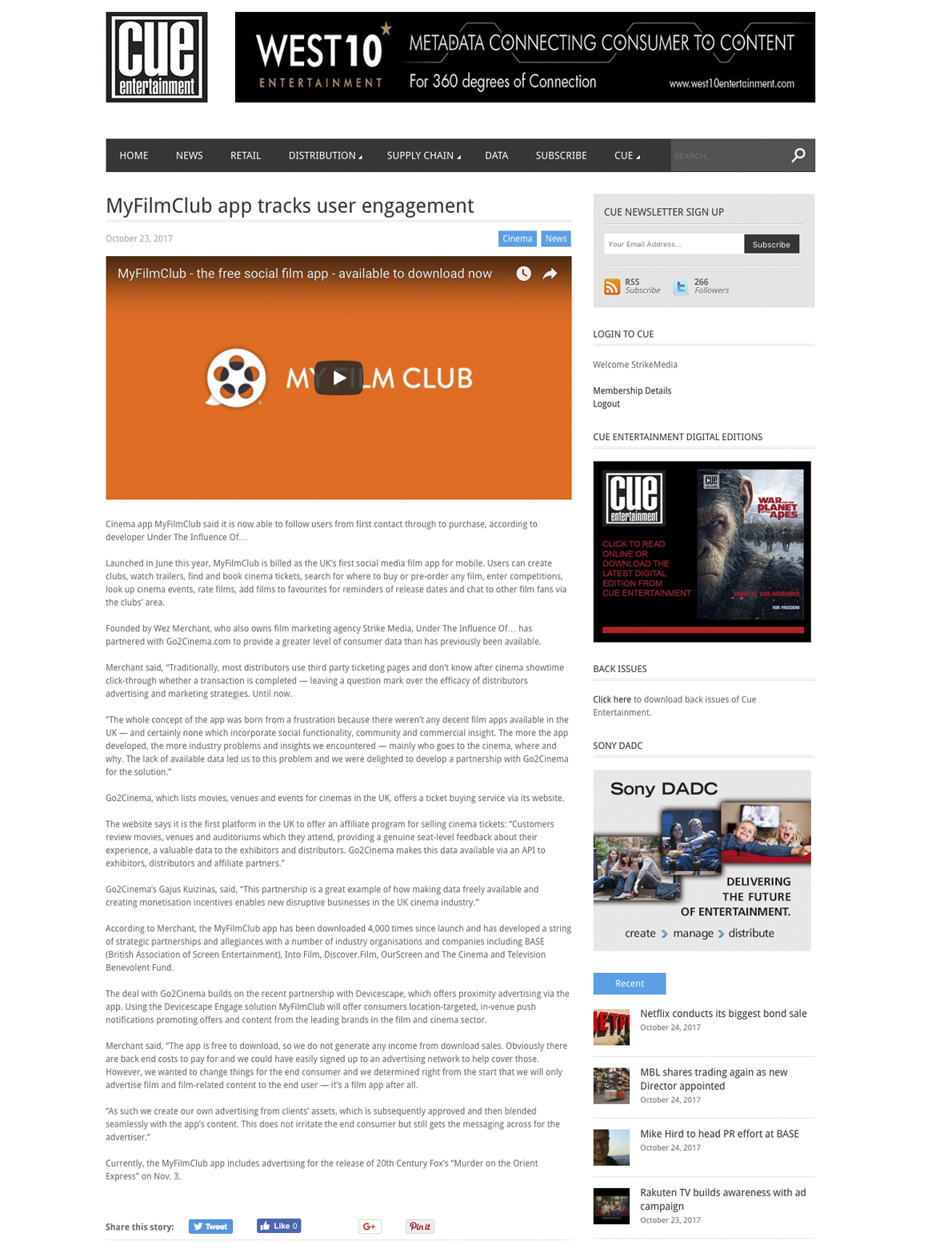 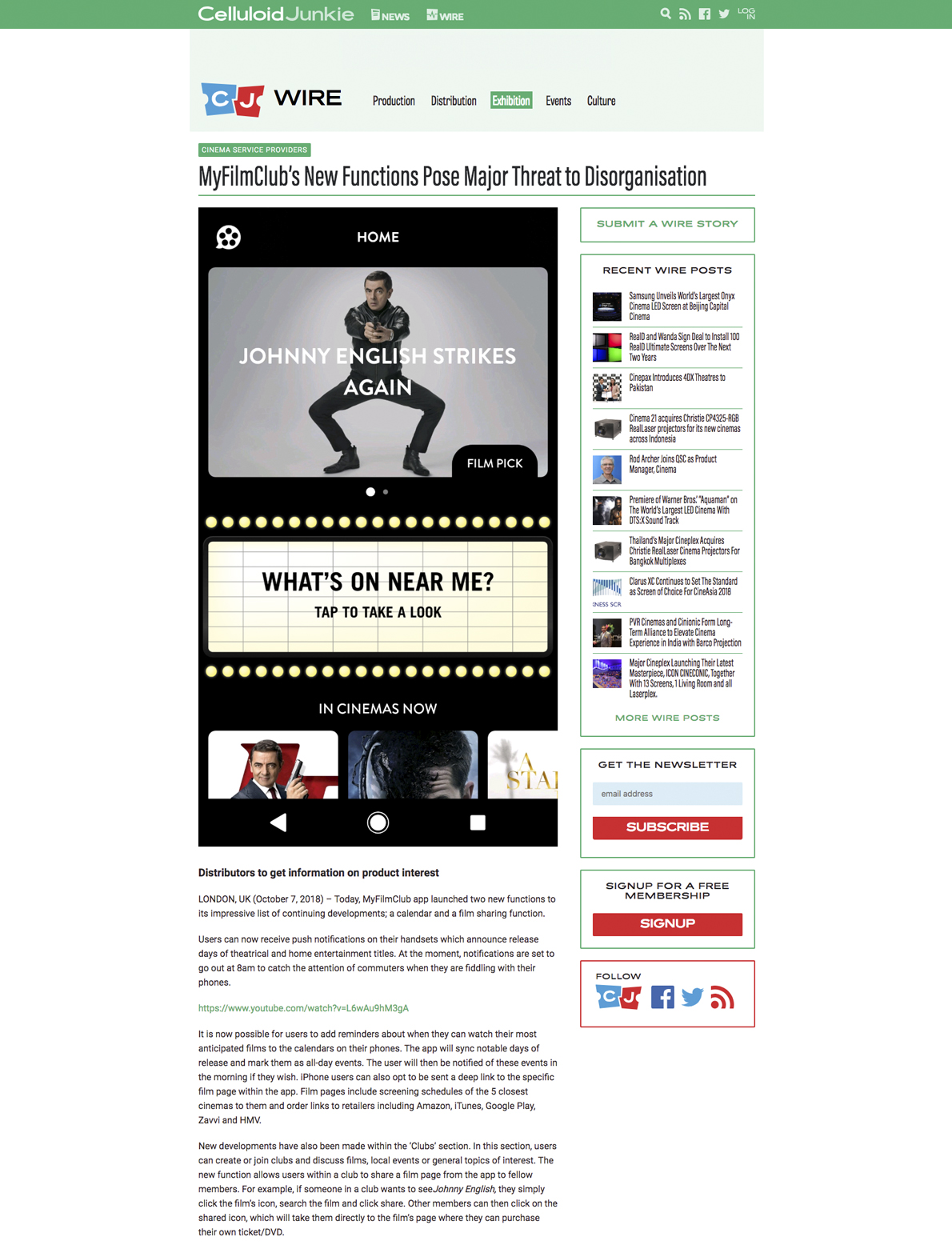