Strike Media were thrilled to announce the release of Bruce Willis’ latest action thriller Out of Death. The new thriller, also starring Jaime King and Lala Kent, was released on Digital Download from 2nd August and will be available on DVD from October 4th.

Ahead of the release, Strike worked leading actress Jaime King and we were able to secure two interviews, one in Hello! Magazine and another in the Daily Express. Strike also secured over thirty separate reviews including The Guardian, Metro & The Scotsman

Still grieving the untimely death of her father, photojournalist Shannon Mathers (Jamie King) spreads his ashes in the woods when she witnesses a cop (Lala Kent) shooting and killing an unarmed henchman during a drug deal. She captures the whole scene on her camera before being discovered. Shot at, scared, helpless and on the run, she races her way through the woods with no recognition of her location.
Distracted by the violent noise of the attack, Jack Harris (Bruce Willis) a newly retired police officer who is relaxing at his cabin, saves Shannon just in time and the two narrowly escape into the woods. Not sure of whom she can trust, as more dirty cops arrive to help hunt her down, including the brutal town sheriff Hank Rivers (Michael Sirow), she decides to rely on Jack, her only real chance to fight back the corrupt police and bring it to justice. 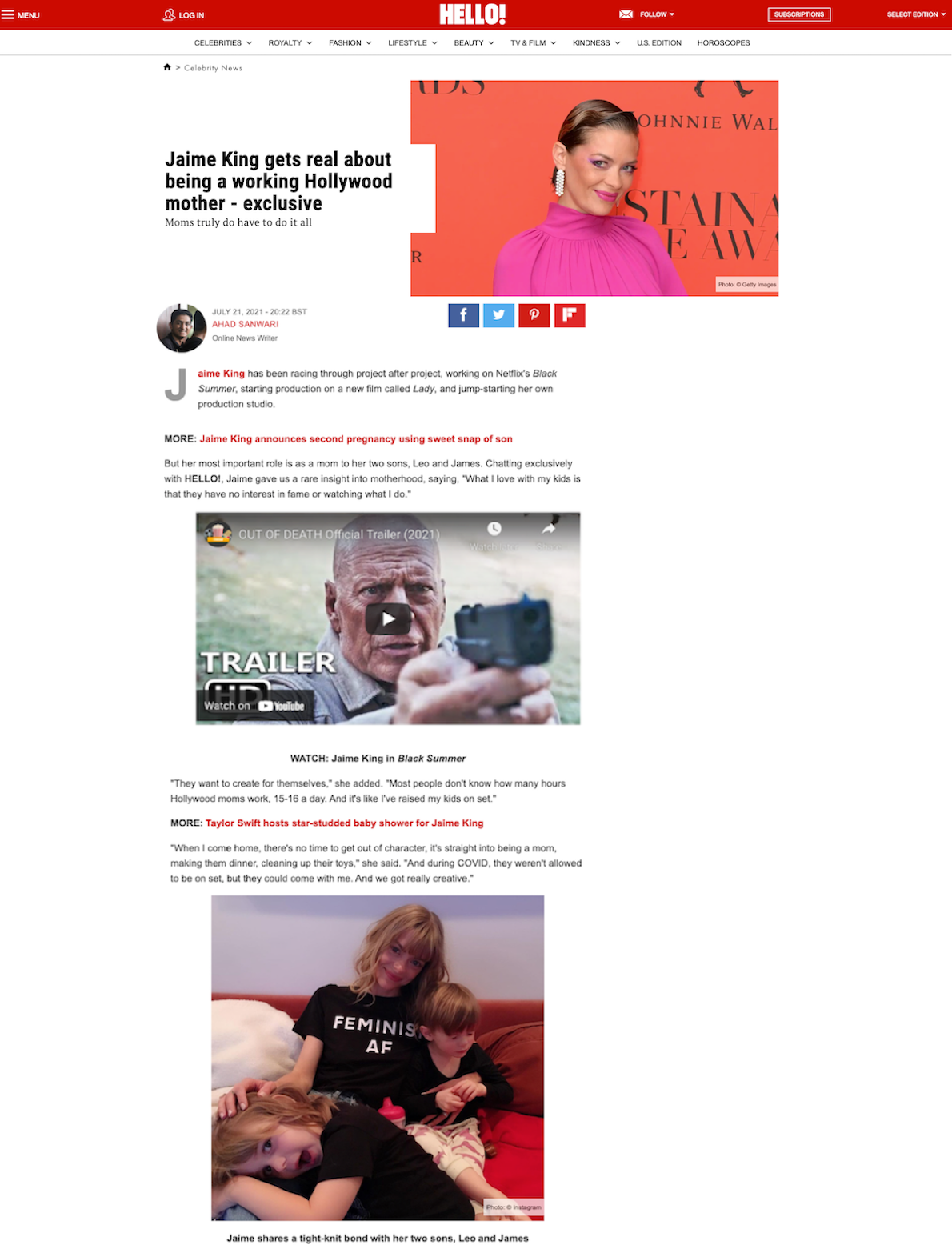 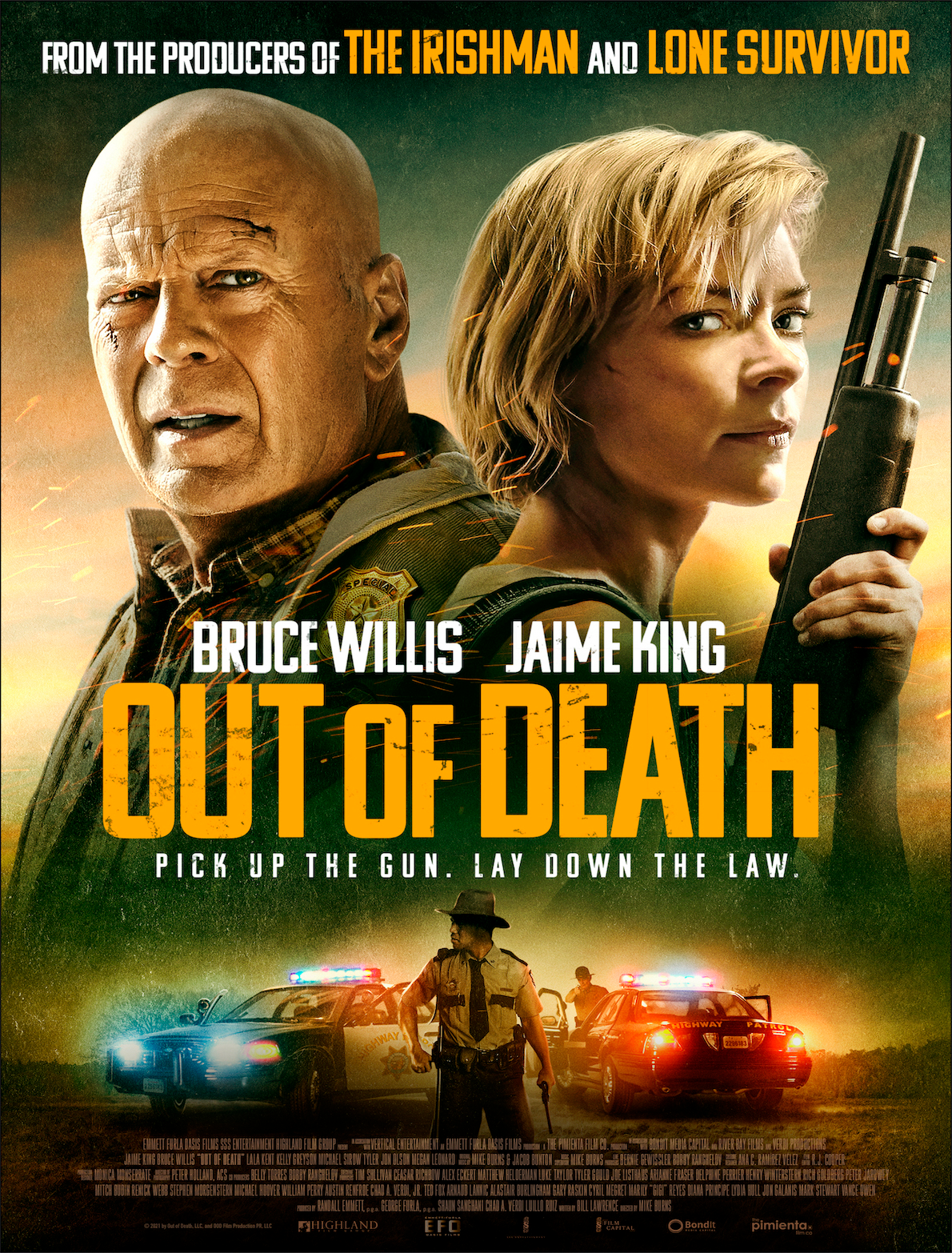 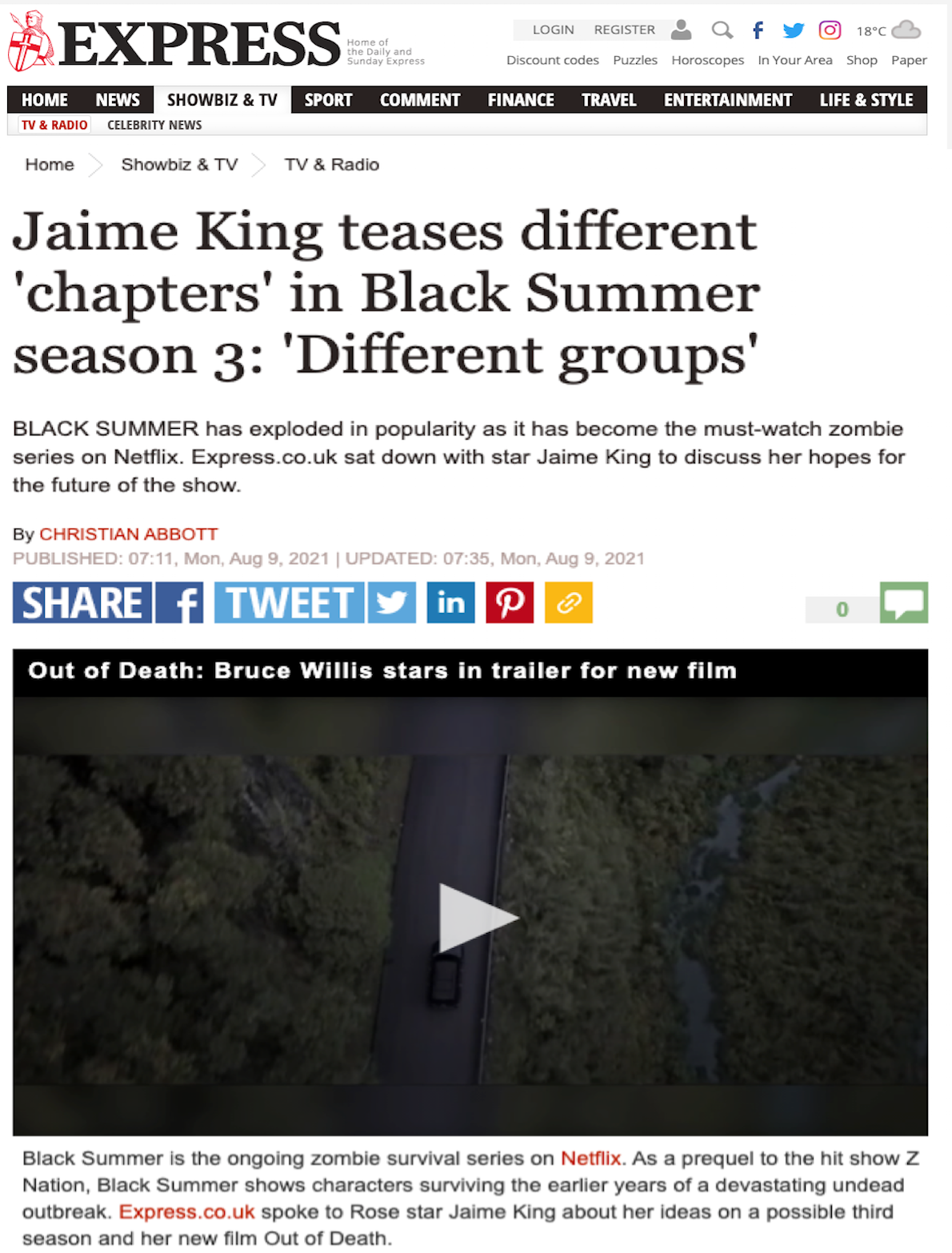