We’ve had a great time over the past few weeks working with BAFTA and RTS nominated Chloë Thomas. Most recently, Chloë directed all episodes of the psychological thriller The Deceived, created by Lisa McGee (Derry Girls) and Tobias Beer. The series, which received some high praise, featured breakout new star Paul Mescal (Normal People) and aired on Channel 5 this month. The show has been a real drive for interviews and an interesting conversation starter, allowing chloe to share her experience of the genre, her casting process, being a woman in film and her approach to directing with readers.

Interviews ran with Drama Quarterly, Battle Royale with Cheese, 2 Minute Telly, Through The Trees and with film industry buff Denise Parkinson. This is just the beginning of our work with Chloë and we’re excited to be working with her into the future!

Previously, Chloë has a great directed 3 episodes of Harlots, season 3 (Hulu/BBC) and Victoria (ITV/Masterpiece), working with actors such as Samantha Morton, Lesley Manville, Jenna Coleman, John Lynch, Laurence Fox  and Alex Jennings. She is attached to direct the feature film Making Babies, a rom-fertility-com by Deborah Frances-White (The Guilty Feminist), with Redwave Films (The Full Monty).

The Deceived marked a change of tack for her genre wise, with previous jobs being centered around comedy directing. She worked on Sharon Horgan’s early sitcom Angelo’s, produced by Damon Beesley (the Inbetweeners) featuring Miranda Hart, followed by being BAFTA nominated for directing the first ever series of Horrible Histories. Chloë also develops her own pilots through her company One Glove Films. Her current project is a Civil War reenactment sitcom Roundheads and Cavaliers starring Cariad Lloyd, Alex Carter, David Schaal, and Perry Fitzpatrick.

Watch the trailer for Harlots, season 3, of which Chloe directed episodes 4, 5 and 6: https://youtu.be/E5fM1exviE8 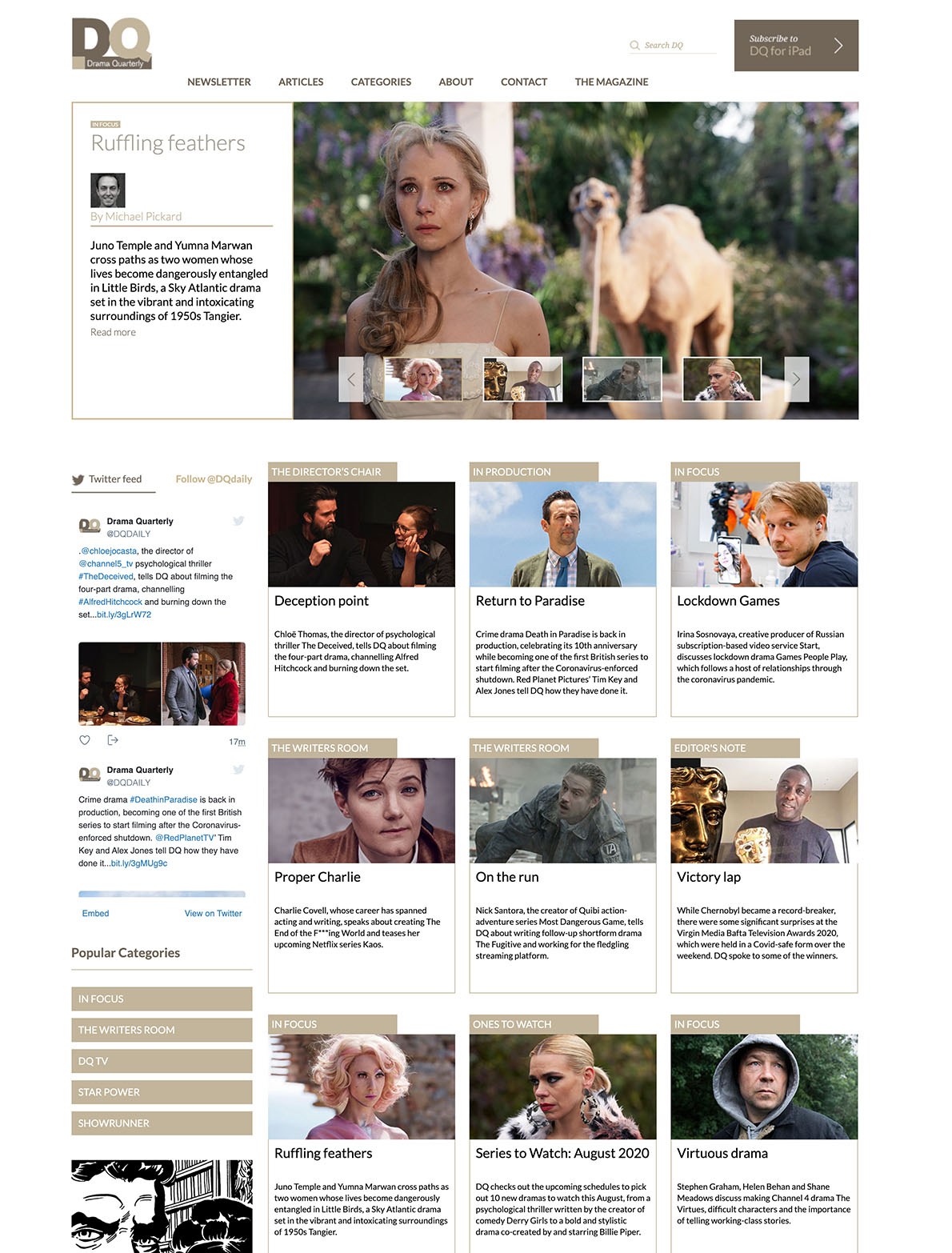 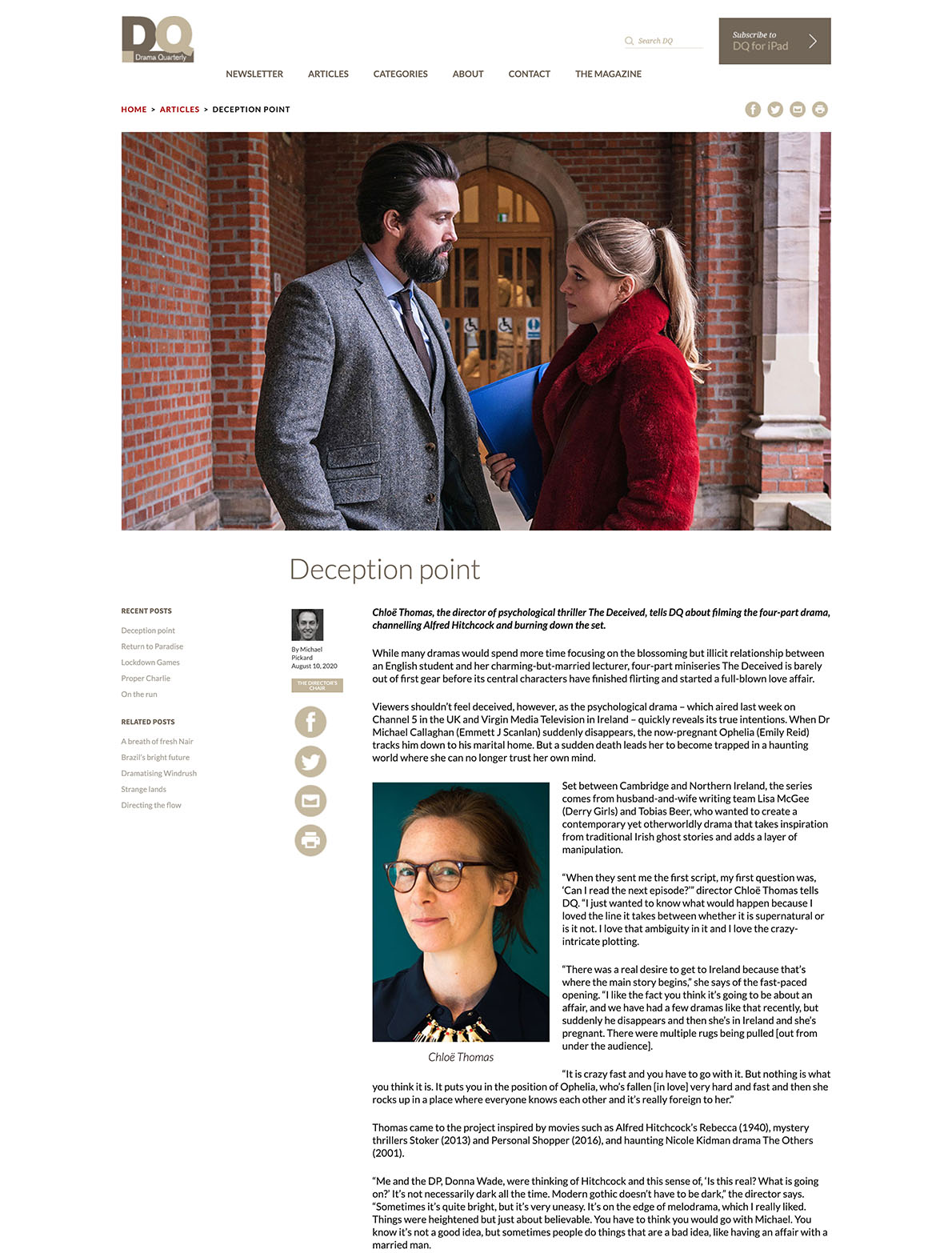 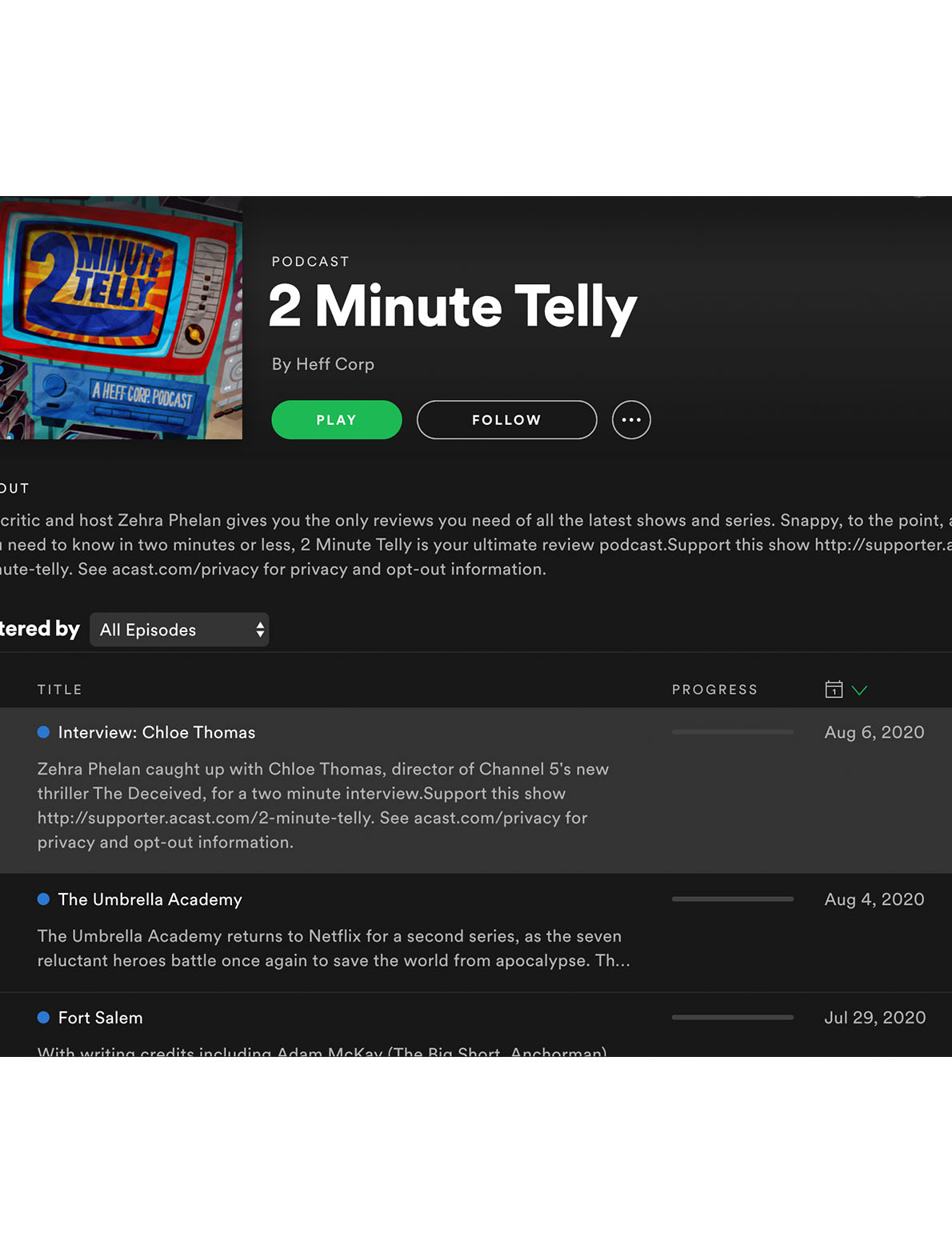 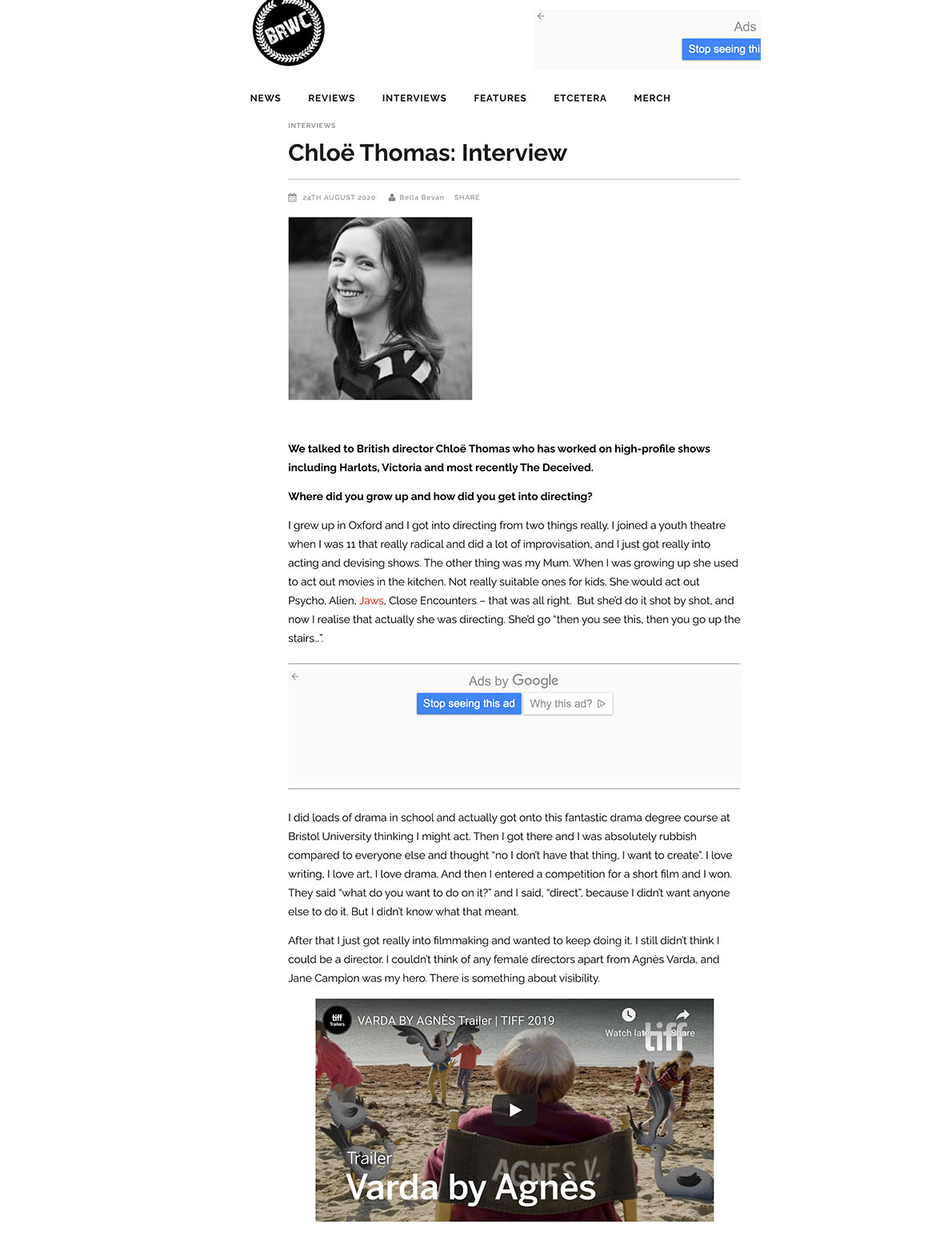 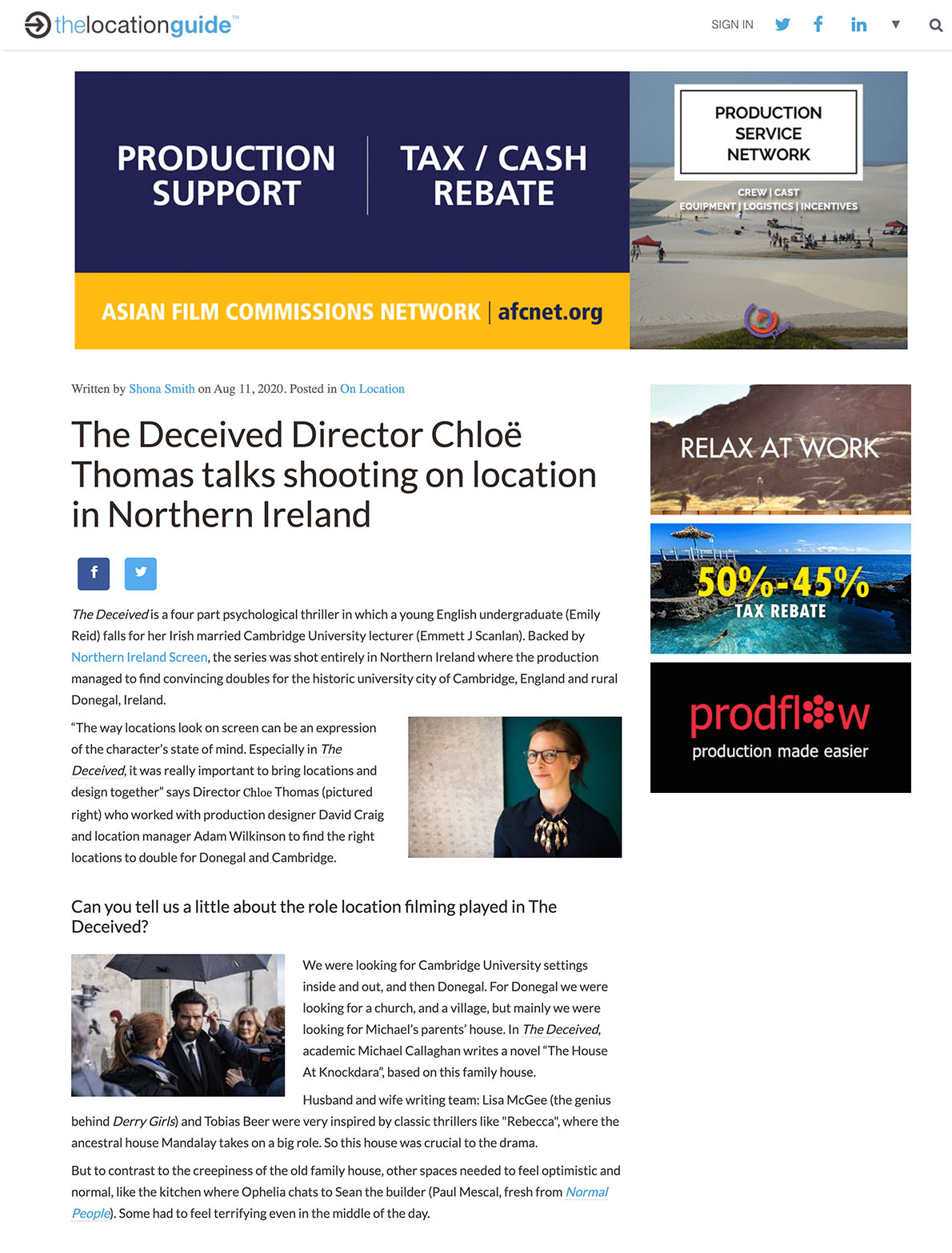 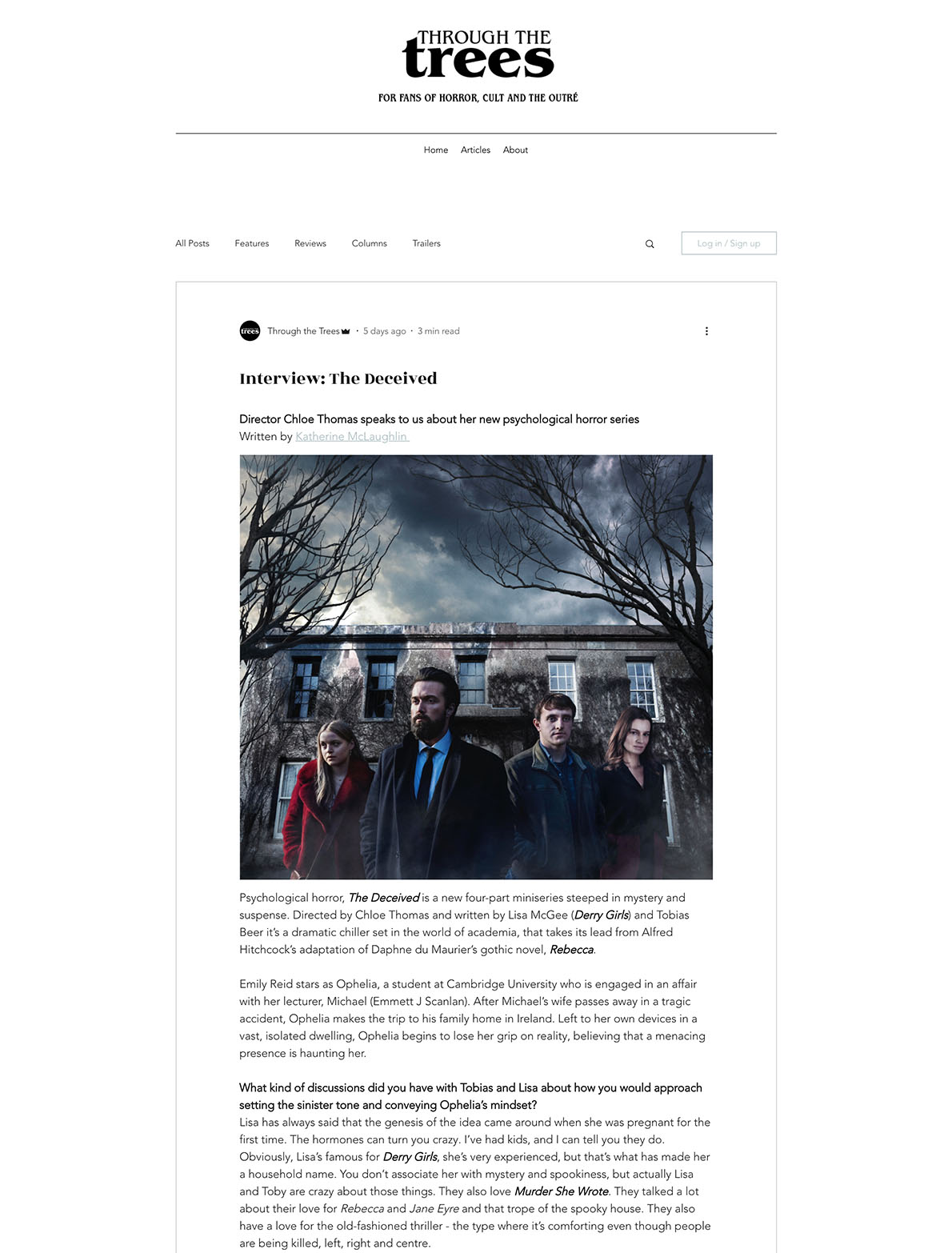