Strike were delighted to work with ABS-CBN Europe on the UK Theatrical release of Quezon’s Game. Initially, we were tasked to promote awareness of the theatrical release as well as the Premiere at the Troxy on 28th January. Generating positive reviews and interview opportunities were key. The film was released in UK Cinemas on 31st January.

In 1938, Philippine President Manuel Quezon, future U.S. President Dwight Eisenhower, and several other notable figures set out to rescue Jewish refugees from the ghettos of Germany and Austria. What seems within their power at first, turns out to be fraught with astronomical obstacles. On top of this, Quezon must battle a relapse of tuberculosis. In his final days, Quezon asks the question “Could I have done more?” before recollecting one of the least known, but most uplifting stories in Philippine history. 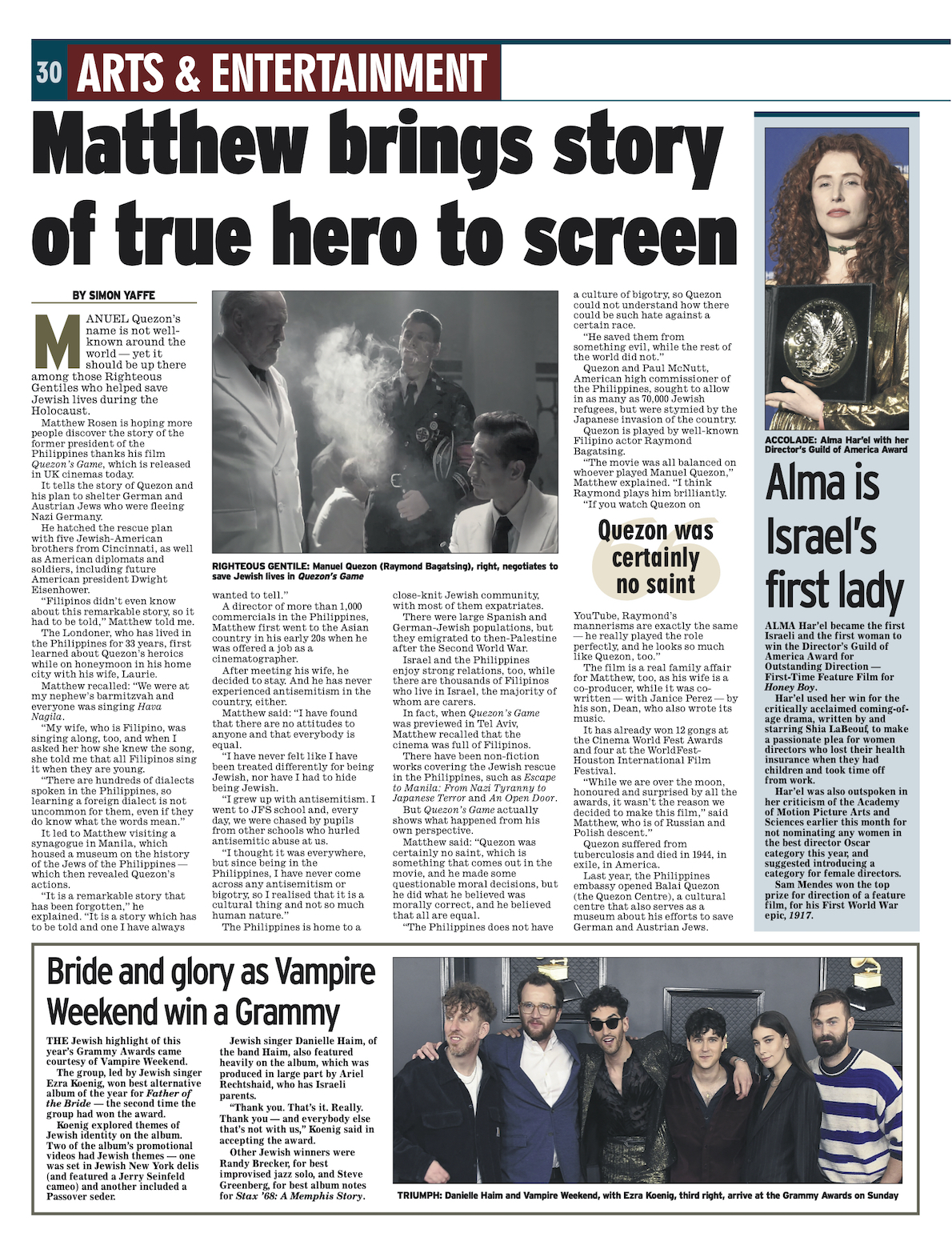 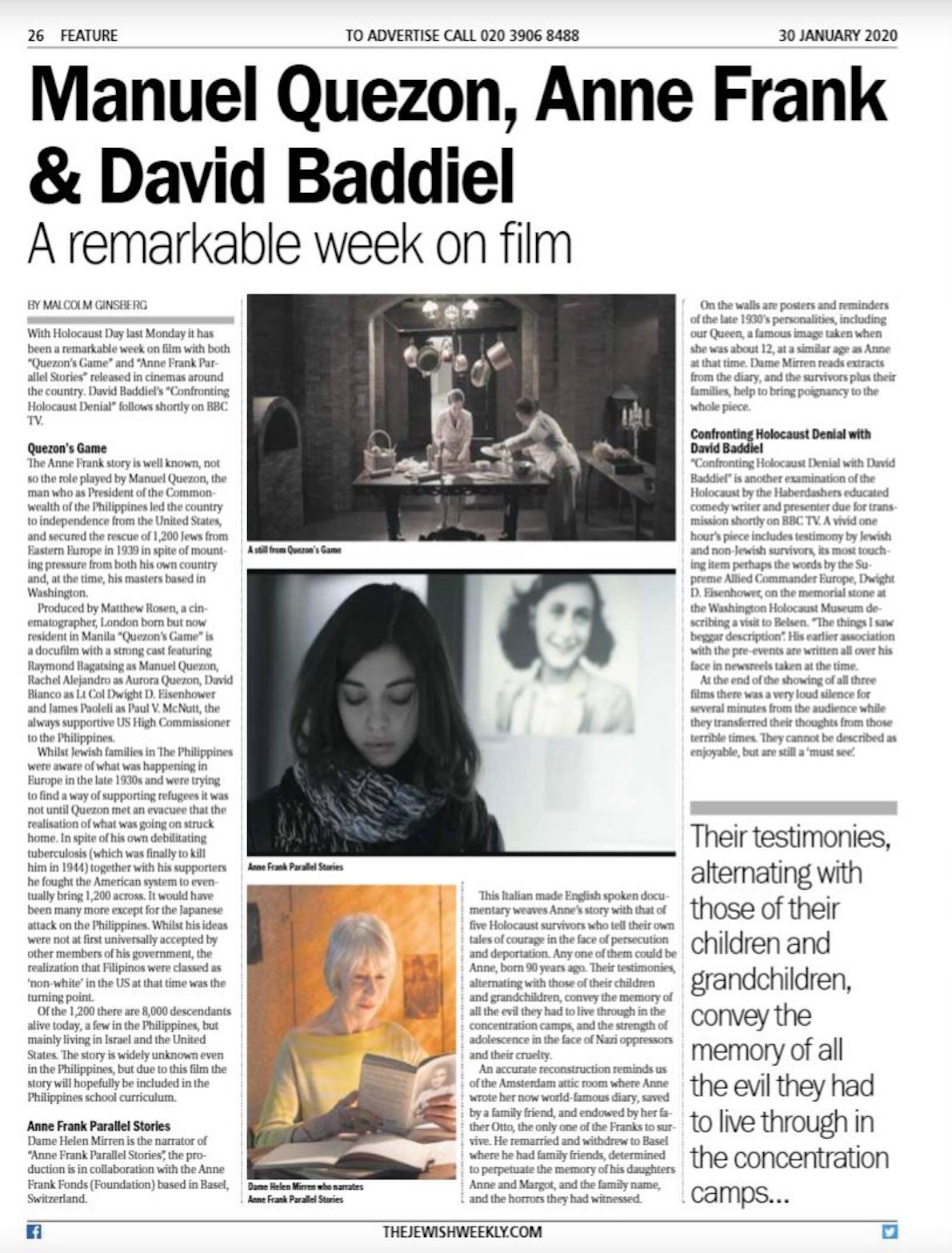 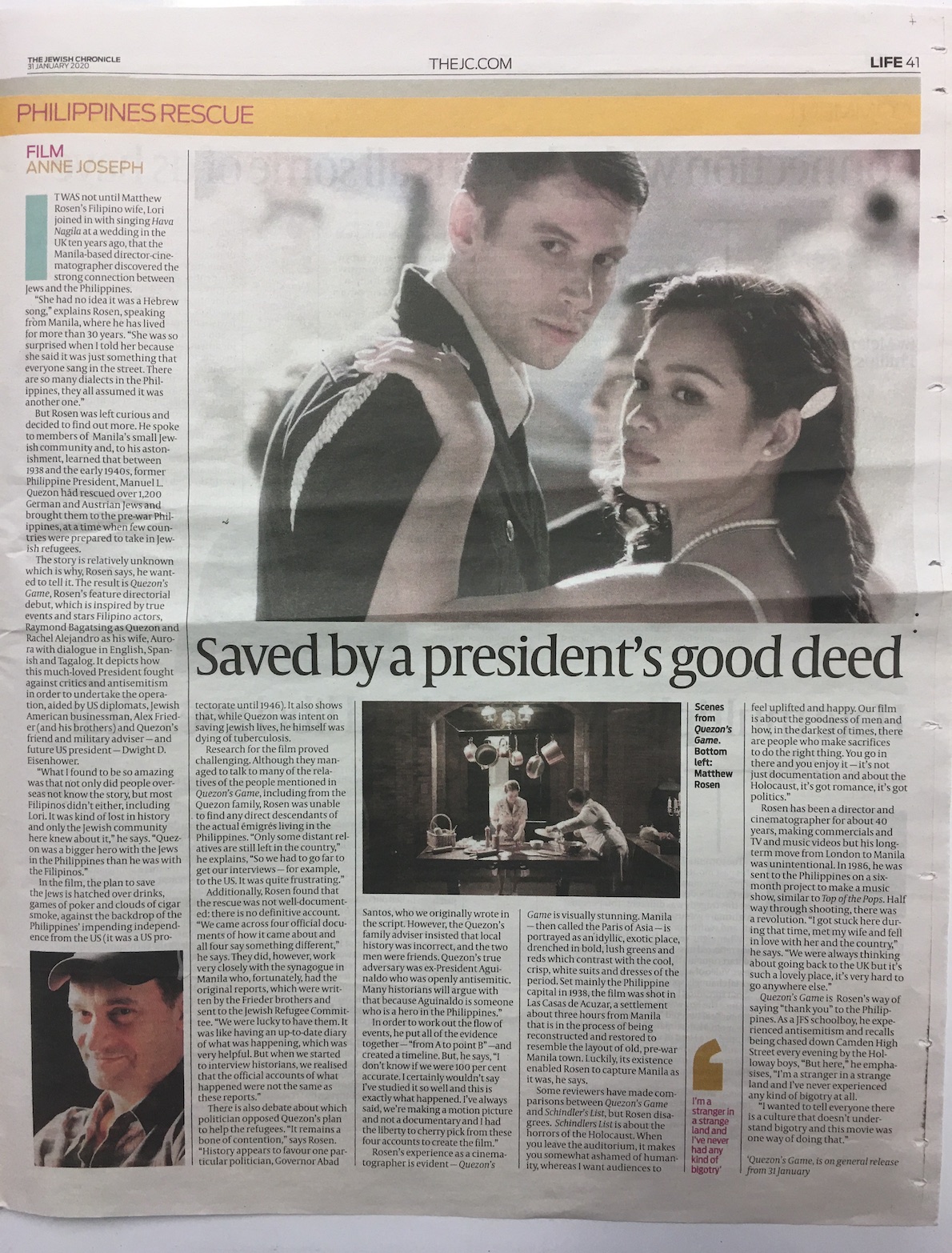