Strike Media have confirmed that they will be working with Bad Blood Films of their first feature title – the folk horror Sacrilege, which is now available on Digital Download.

The film was scheduled for a UK wide release in March 2020 and premiered at Empire Cineworld in Leicester Square to a packed out screening. Unfortunately within days, the Covid-19 pandemic gripped the country and many of the film’s screenings were curtailed. Now UK audiences will be able to enjoy the frights from home!

Four lifelong friends head to a remote lodge for a weekend of fun. What begins as an idyllic retreat quickly descends into a fight for their lives when a local Pagan cult offer them up to their Goddess as a sacrifice for the Solstice. 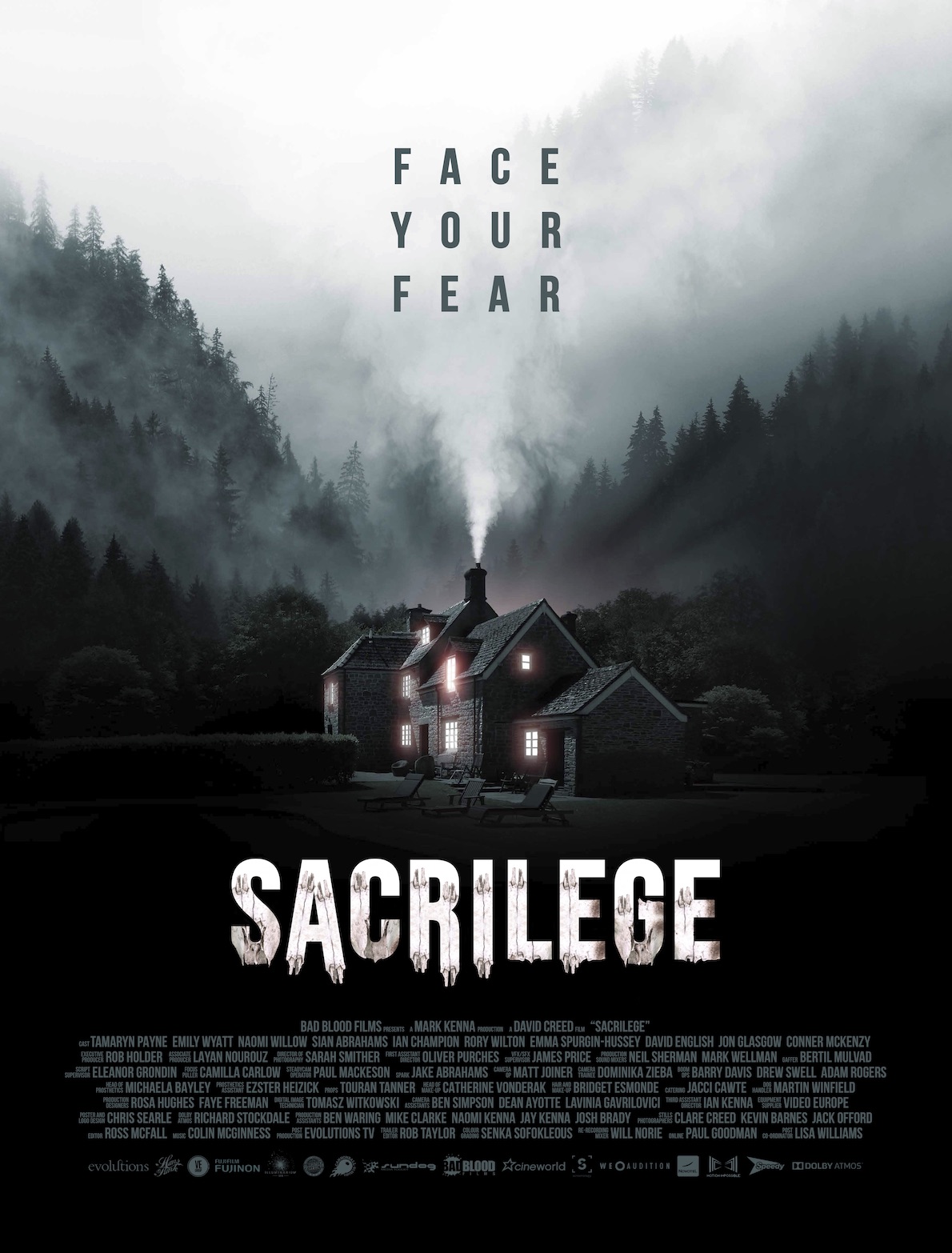