British independent Production and Distribution company Saints and Savages have confirmed the release of three of their titles across April 2021 on DVD & Digital Download The crime thrillers Original Gangster, Red Rage and the supernatural thriller Righteous Villains. Original Gangster will be released on 5th April, Red Rage on 12th April and Righteous Villains on 19th April. Strike Media will be handling publicity for all three titles, promoting the titles, generating news stories and raising awareness of S&S as a company.

Castor is orphaned when gangsters murder his parents, but sentimental assassin Milo spares his life. Years later, once Castor has reached adulthood, the two are reunited when Castor steals from one of Milo’s men to survive. Milo sees a budding gangster in Castor, who has resorted to violence to sustain himself in his mostly homeless existence. Milo procures a job for Castor as an enforcer. Castor is happy to repay Milo for saving his life, but finds himself increasingly uncomfortable the cold, emotionless existence of a criminal. Castor must make a choice between living the violent, empty life of a gangster or to pursue his lifelong dream of having his own family.

80s Hollywood legend Steve Guttenberg was great in assisting with press for this title and we were able to secure features in The Guardian G2, Metro’s Sixty Seconds, BBC Sport – Premier League Predictor & Empire Magazine’s Podcast with Chris Hewitt. 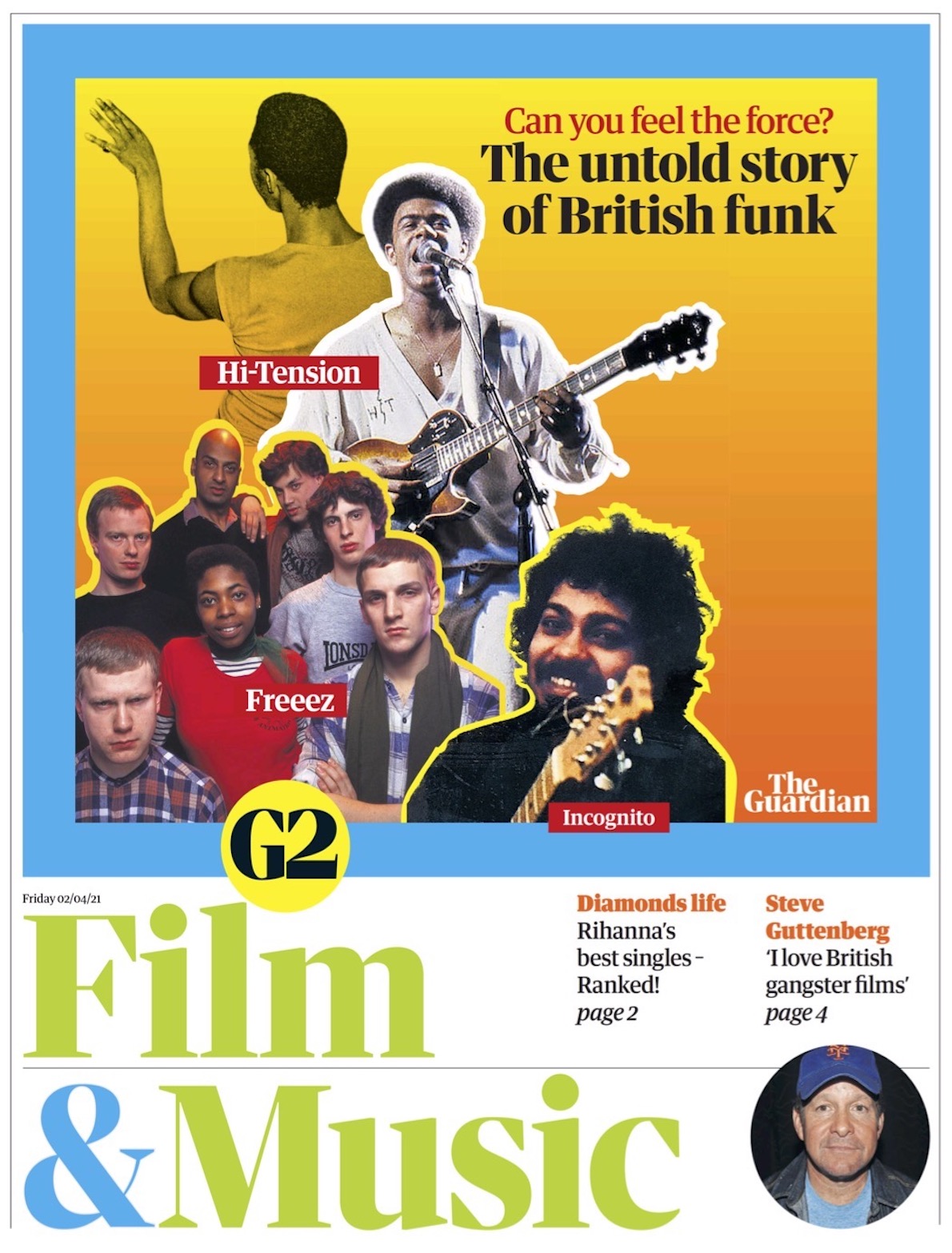 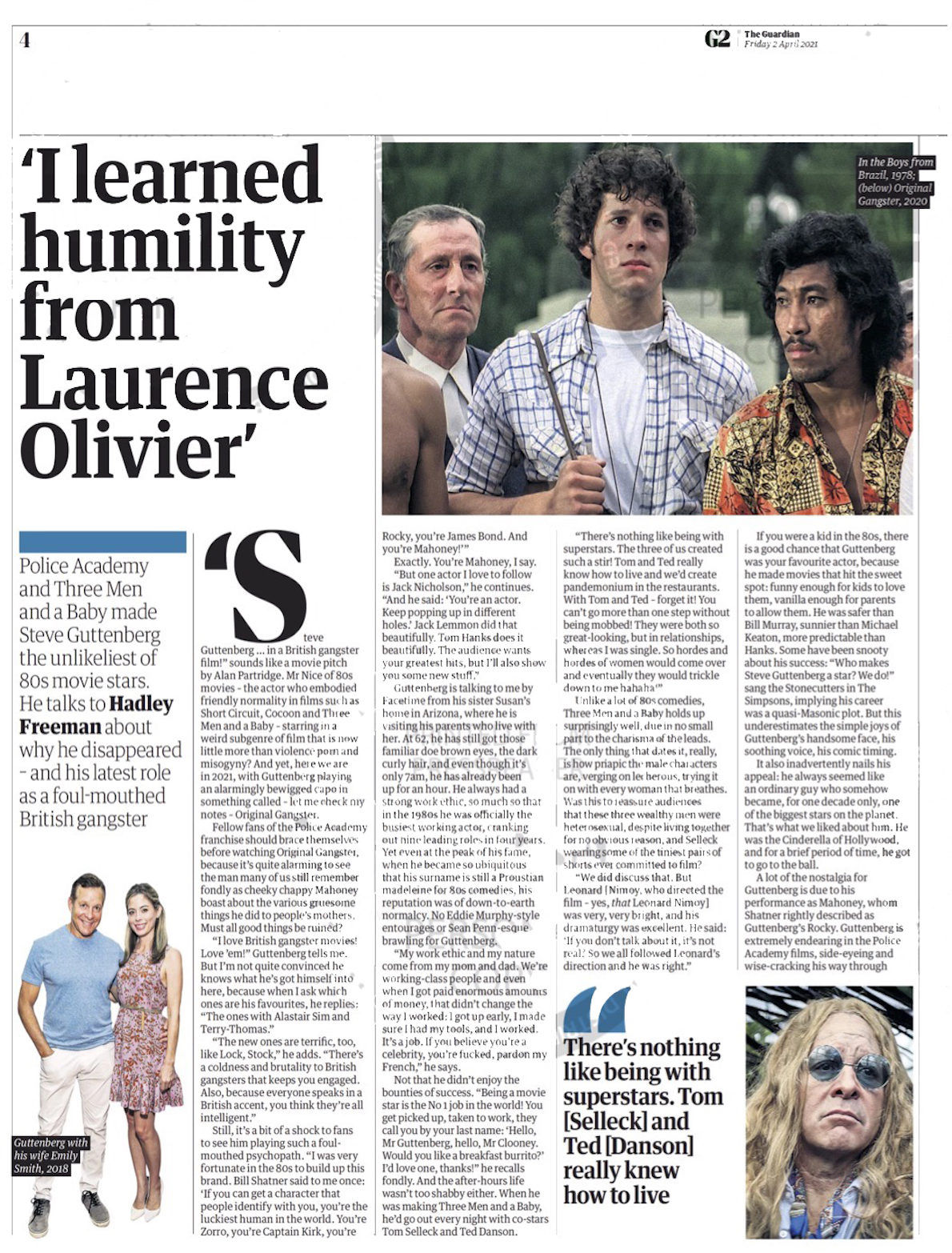 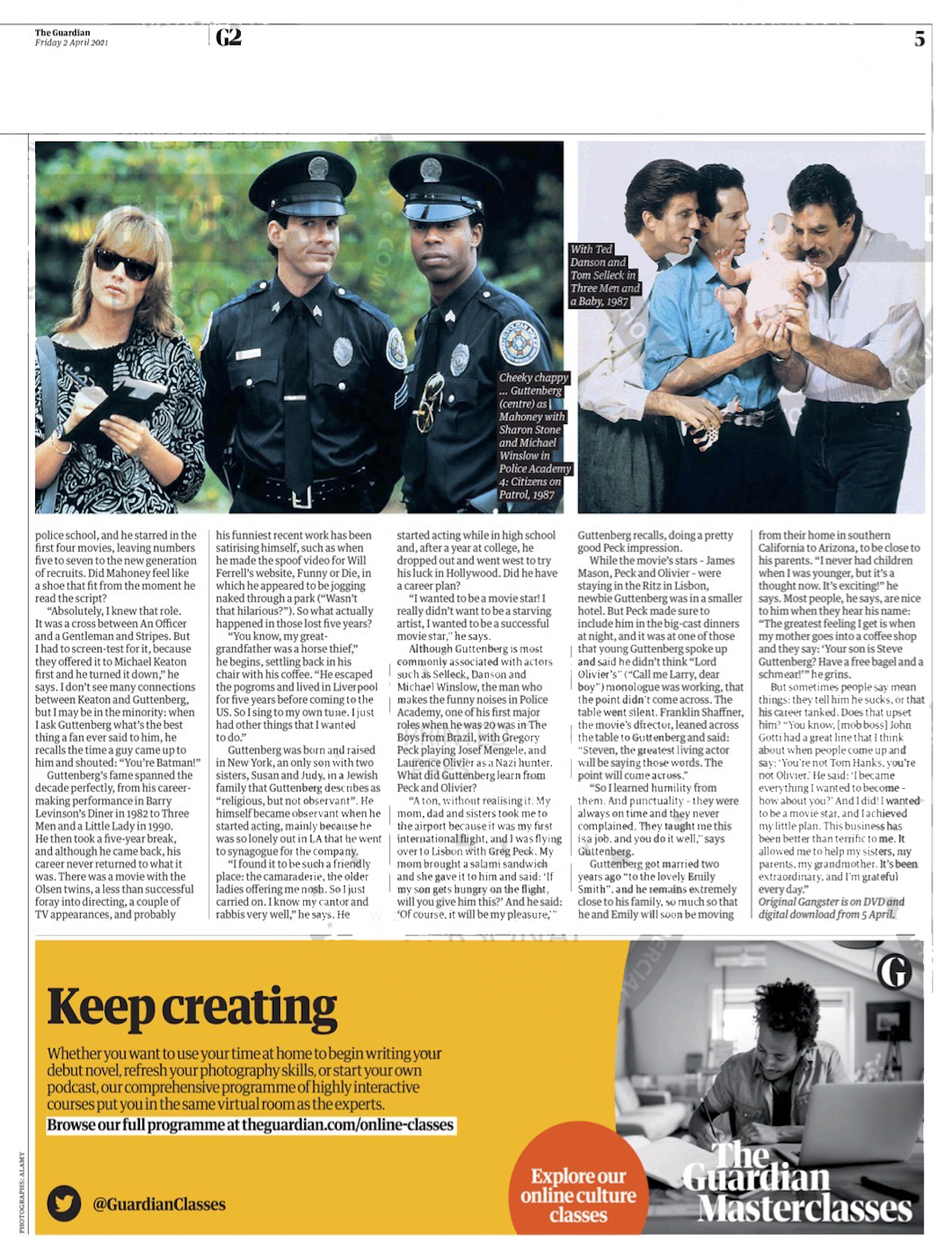 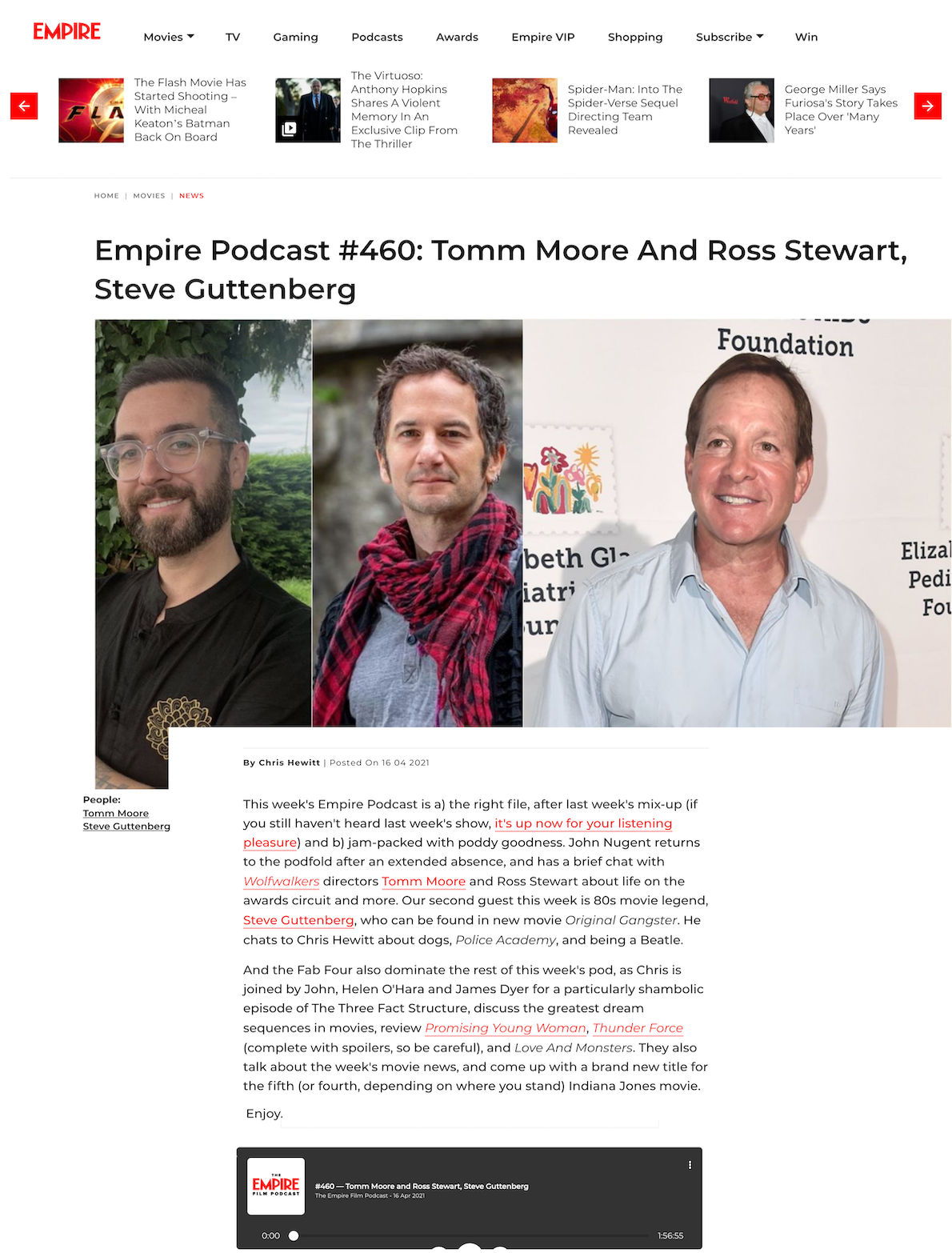 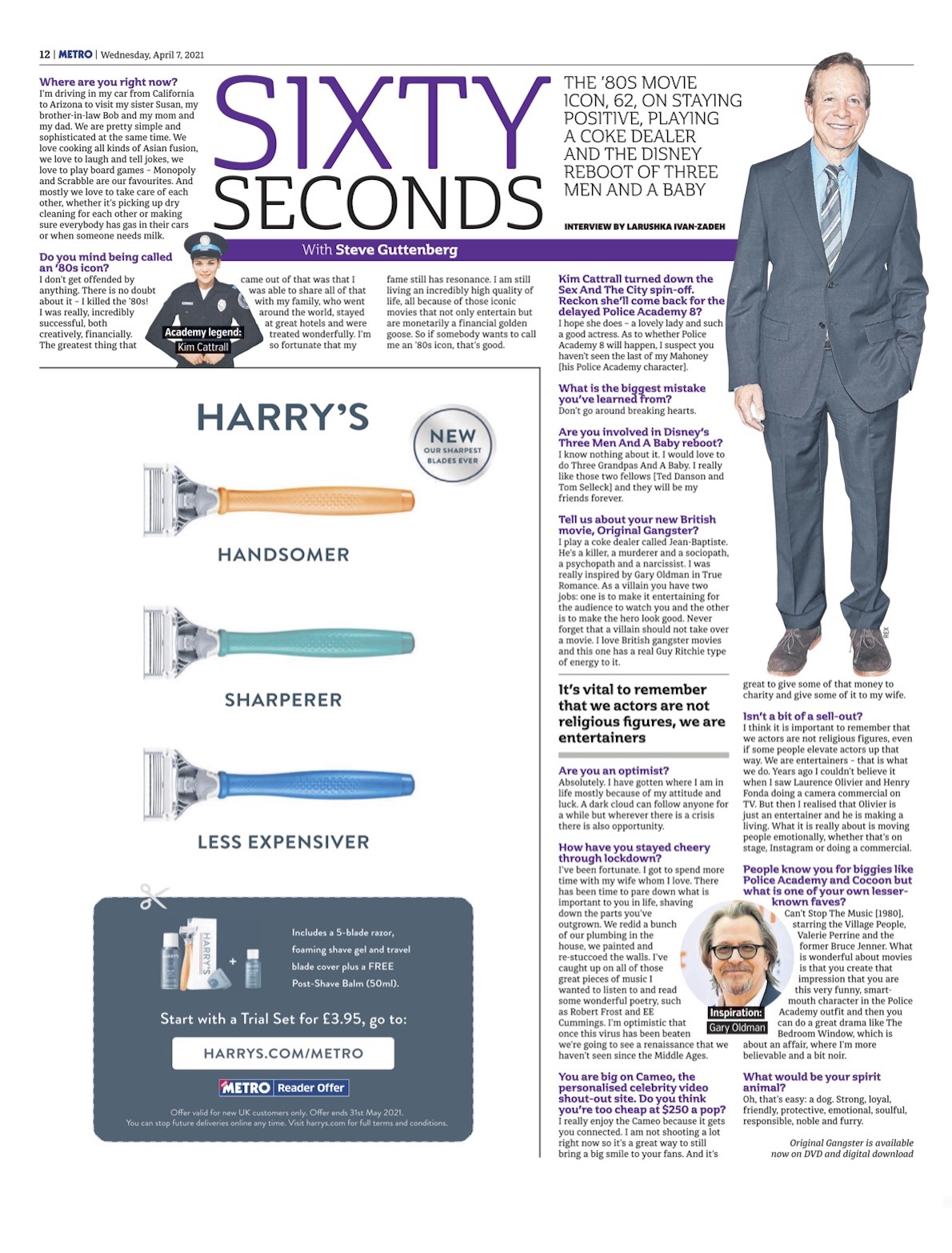 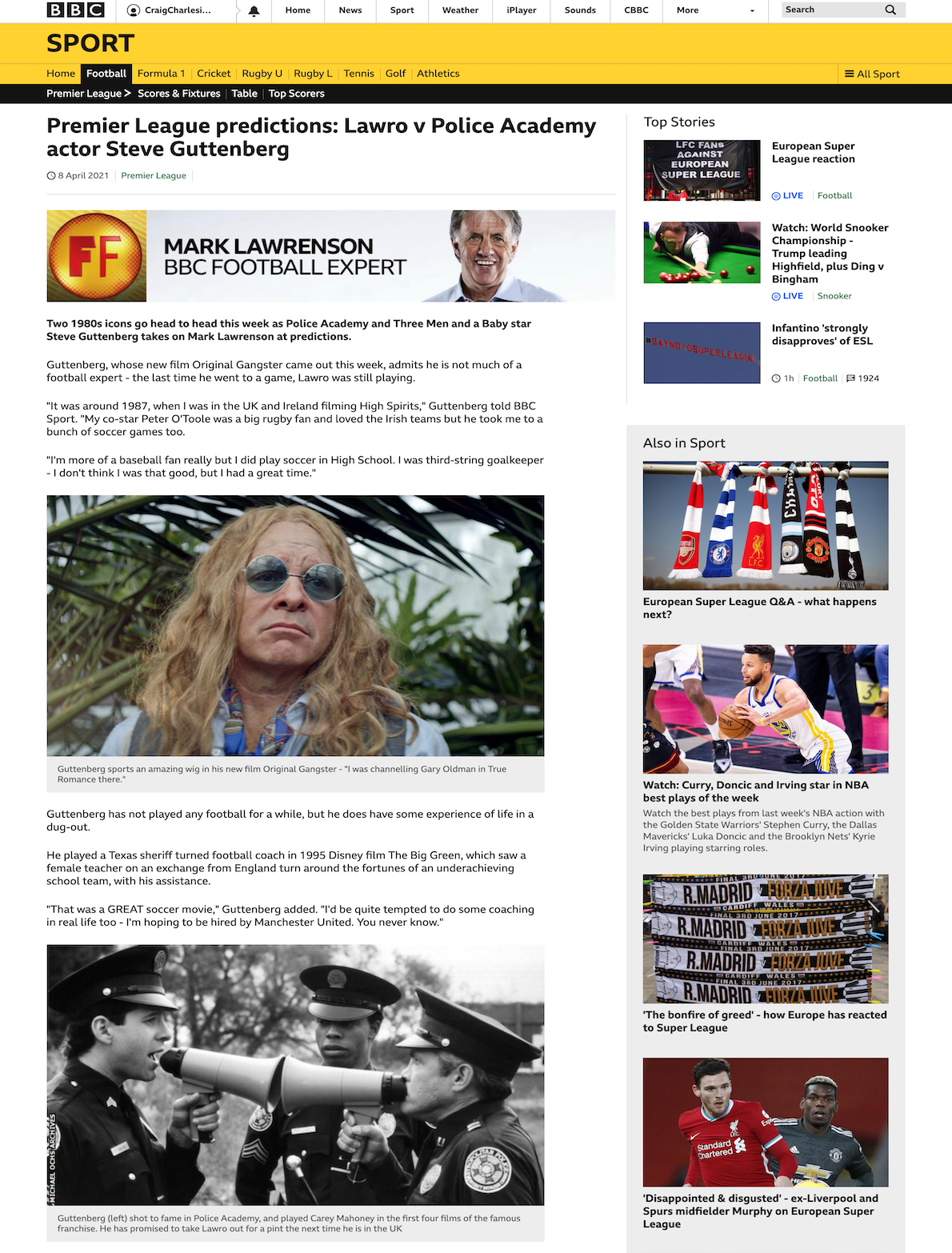 A murderous vigilante couple tear through the city, serving vengeance to dealers of a new designer drug called Red Devil in this nightmarish dystopia where everyone seems high on something.

Strike were able to secure time with Adam Deacon, who has been immensely busy in the past year, working across all three S&S titles. Adam spoke to Metro, for a two page spread about his career and he’s in a much better place as well as The Sun. 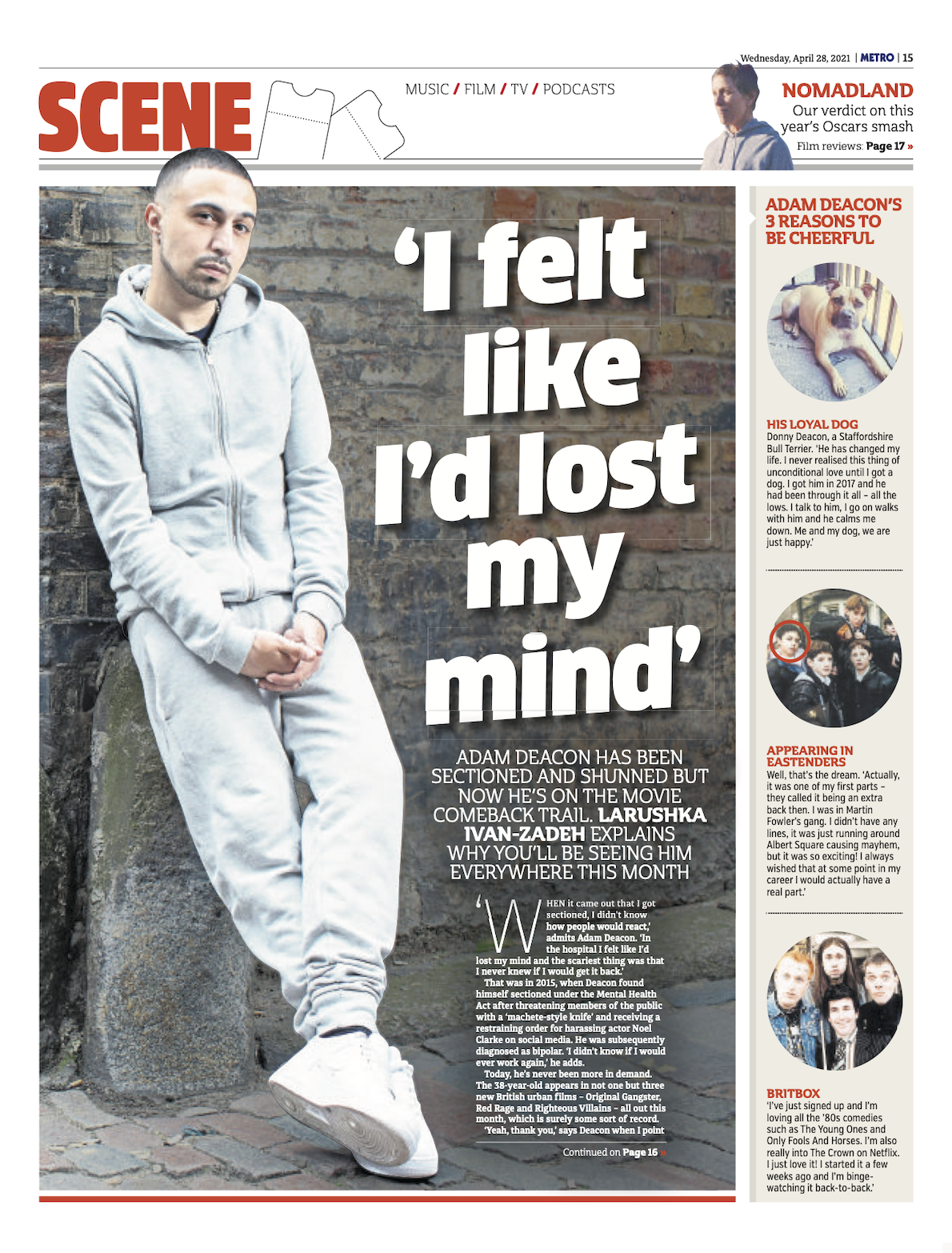 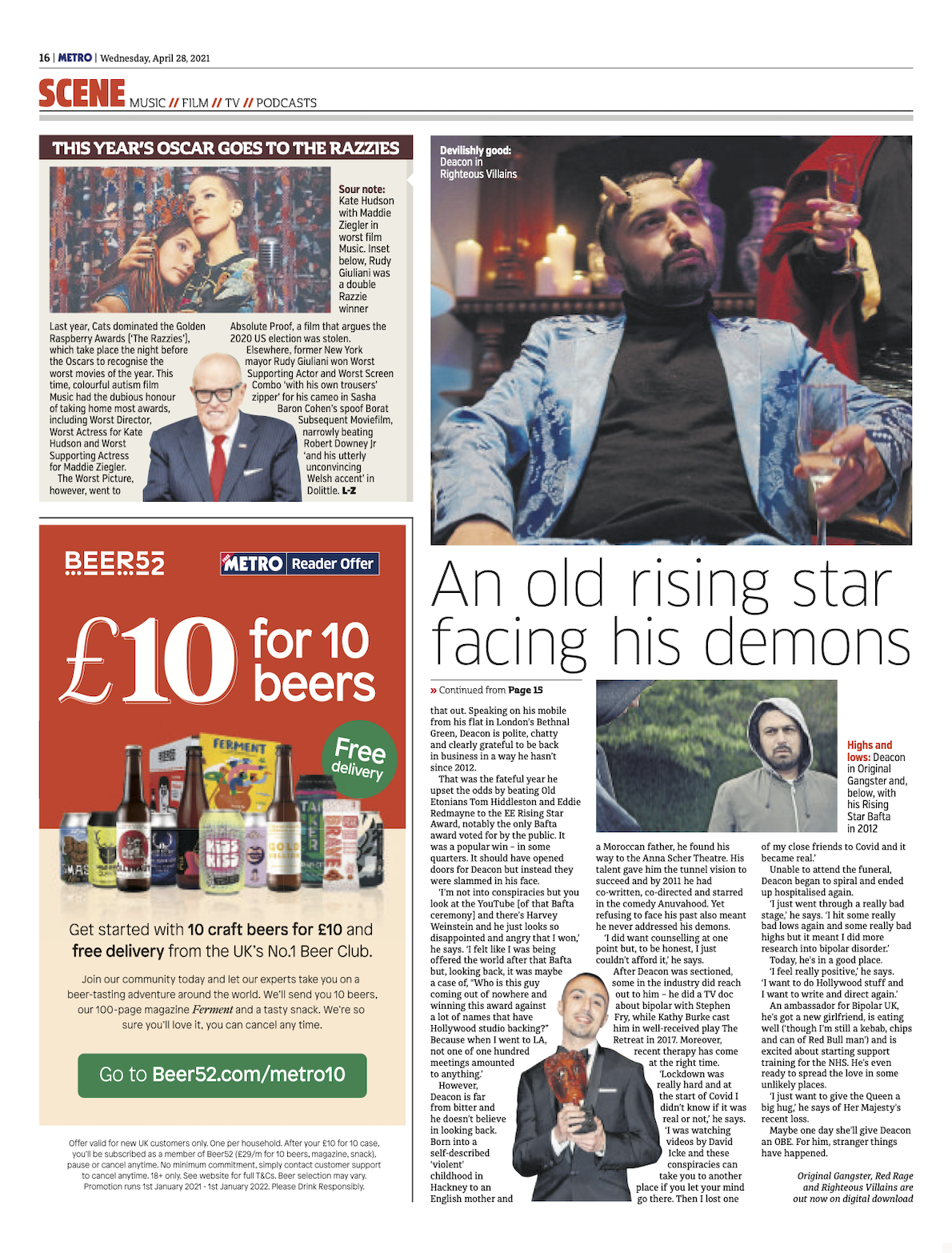 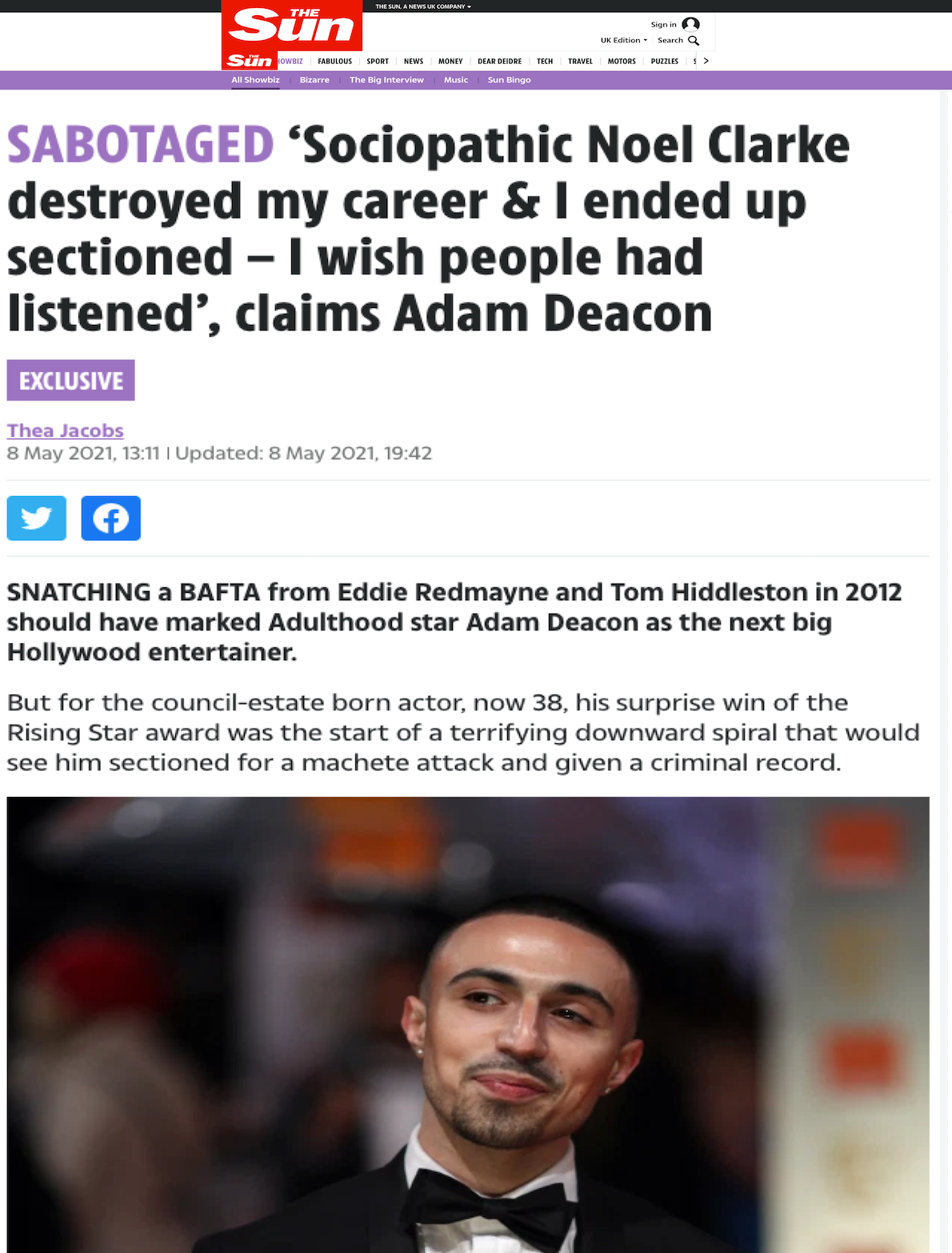 A young conman with nothing left to lose, and desperate for his next money-making scheme, receives a mysterious invite to join the New World Order, a secret society of powerful individuals that supposedly control every aspect of the world. The further he becomes entangled, he realizes the sinister motivations of the society are born from sorcery and black magic, but when you’re in so deep, it’s not always easy to find a way out. 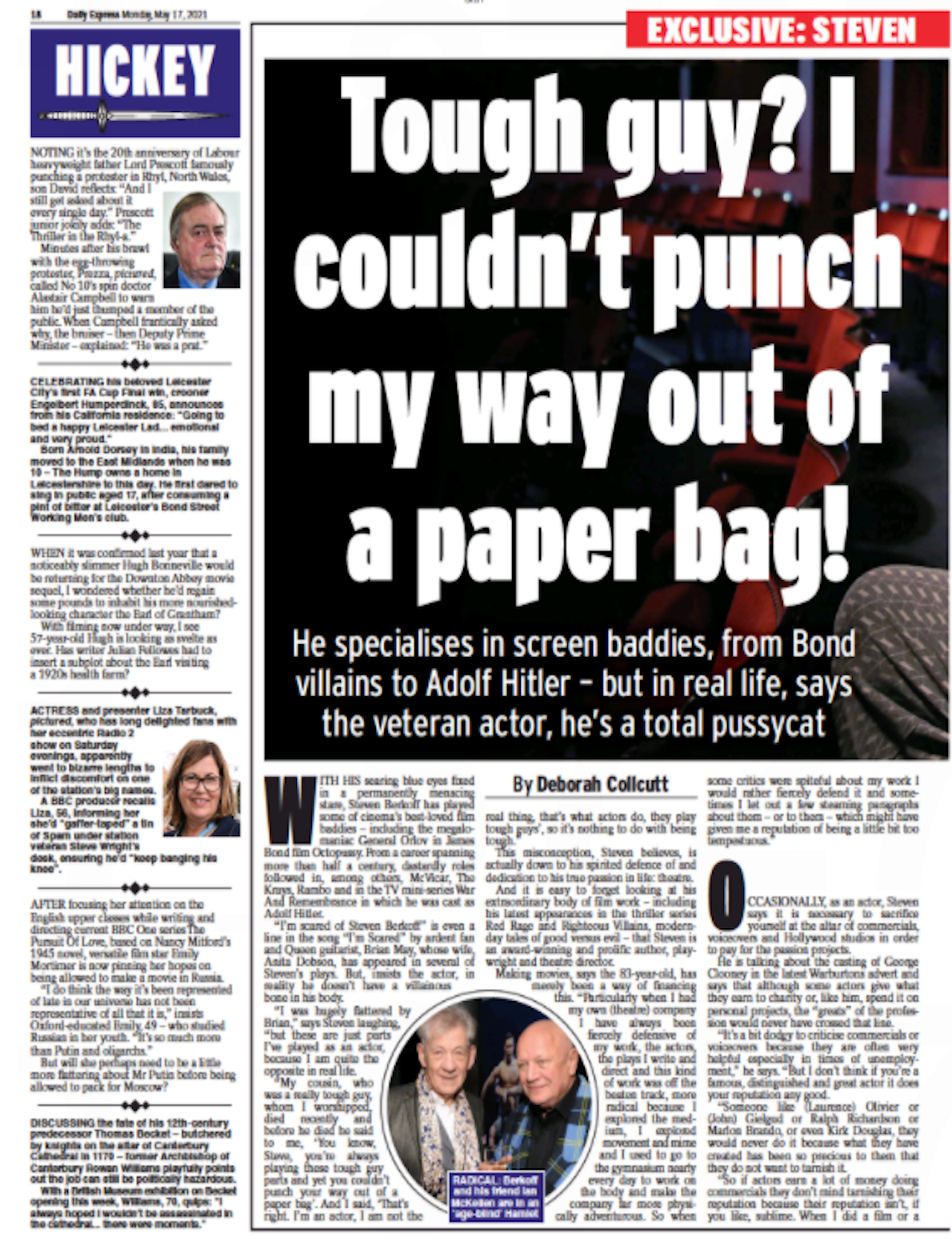 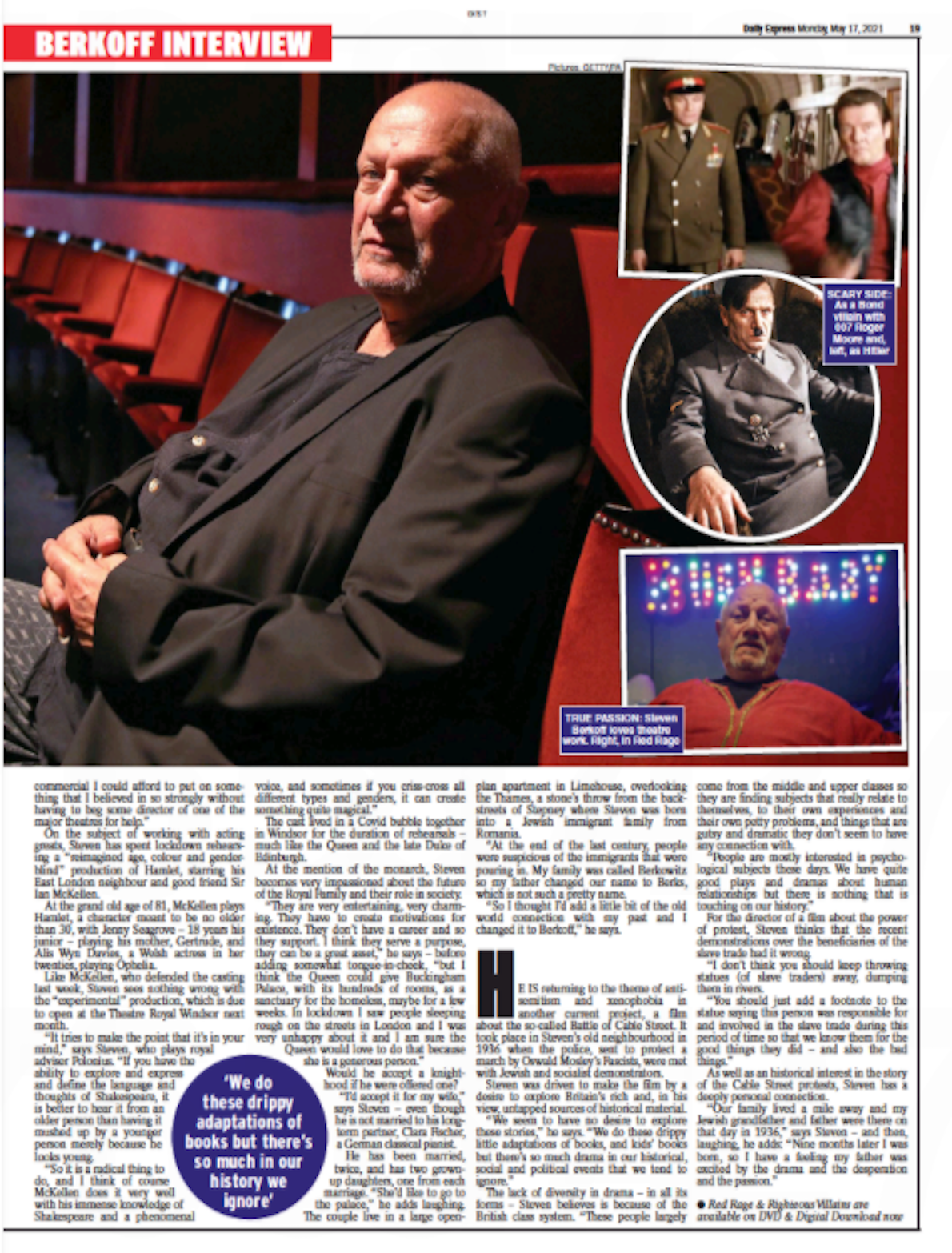