This slow burn horror, based on the true story of Jordan Graham’s grandmother is a triumph of grit and determination. It took seven years to get to market and Jordan made the whole film himself with very little production budget. Sator is a chilling and atmospheric slice of slow-burn horror that follows Adam (Gabe Nicholson), who lives a life of isolation in a desolate forest. He spends his days hunting for food and keeping watch for a supernatural entity called Sator. Adam and his brother Pete (Michael Daniel) have been told to be wary of Sator by their grandmother, Nani (June Peterson), who claims that this spirit has been guiding her through life as a whisper in her ear. Whether or not the spirit plays any part in the death of family members remains a mystery.

We ran the press office for the VoD and DVD release of Sator and shouted from the rooftops about the brilliance of this film. We showcased it to top tier nationals and news channels as well as key horror outlets. We secured a 4* review from The Guardian, a glowing review on the BBC News film channel from Mark Kermode, Kermode & Mayo’s DVD of the week and a mention in the EMPIRE horror column. Sator also went viral in the world of horror, helped by great interviews with the director , DVD competitions and multiple 5* reviews.

‘It’s a kind of uniqueness to be treasured’– The Guardian

‘One of the most intriguing horror movies of the year’– Nerdly

‘It has a unique power to it. You almost feel like you’re inviting something in just by watching’– John Squires, Editor in Chief of Bloody Disgusting 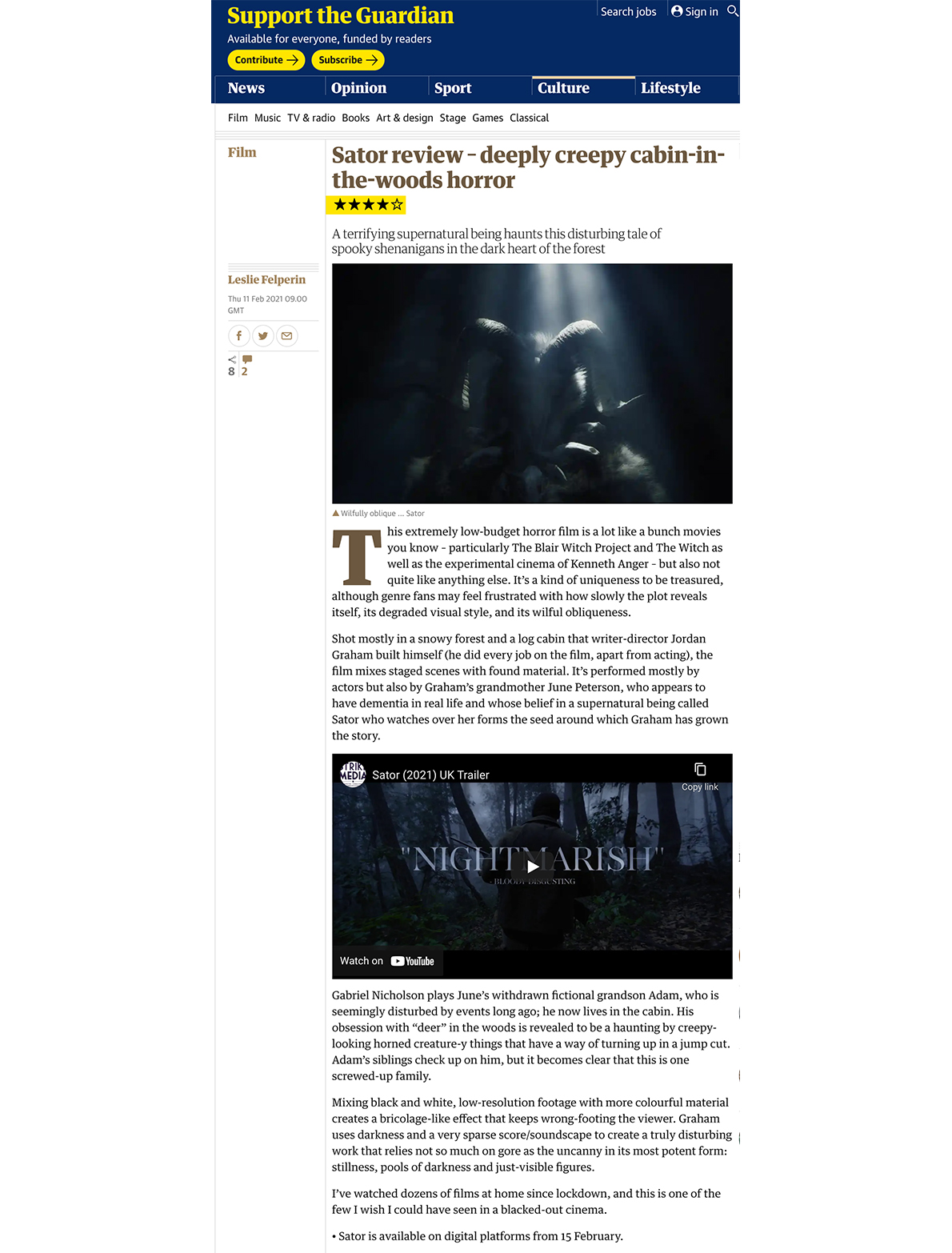 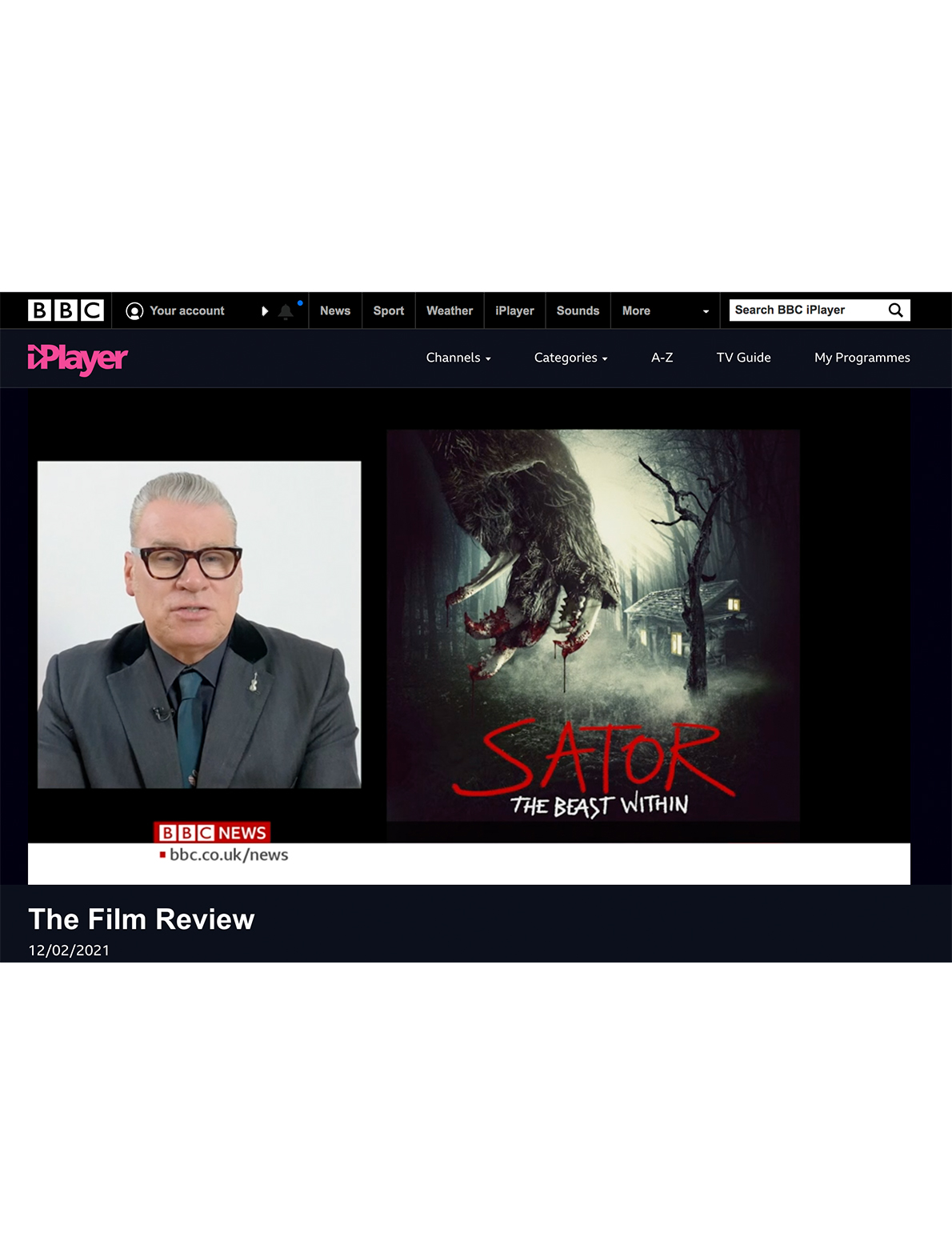 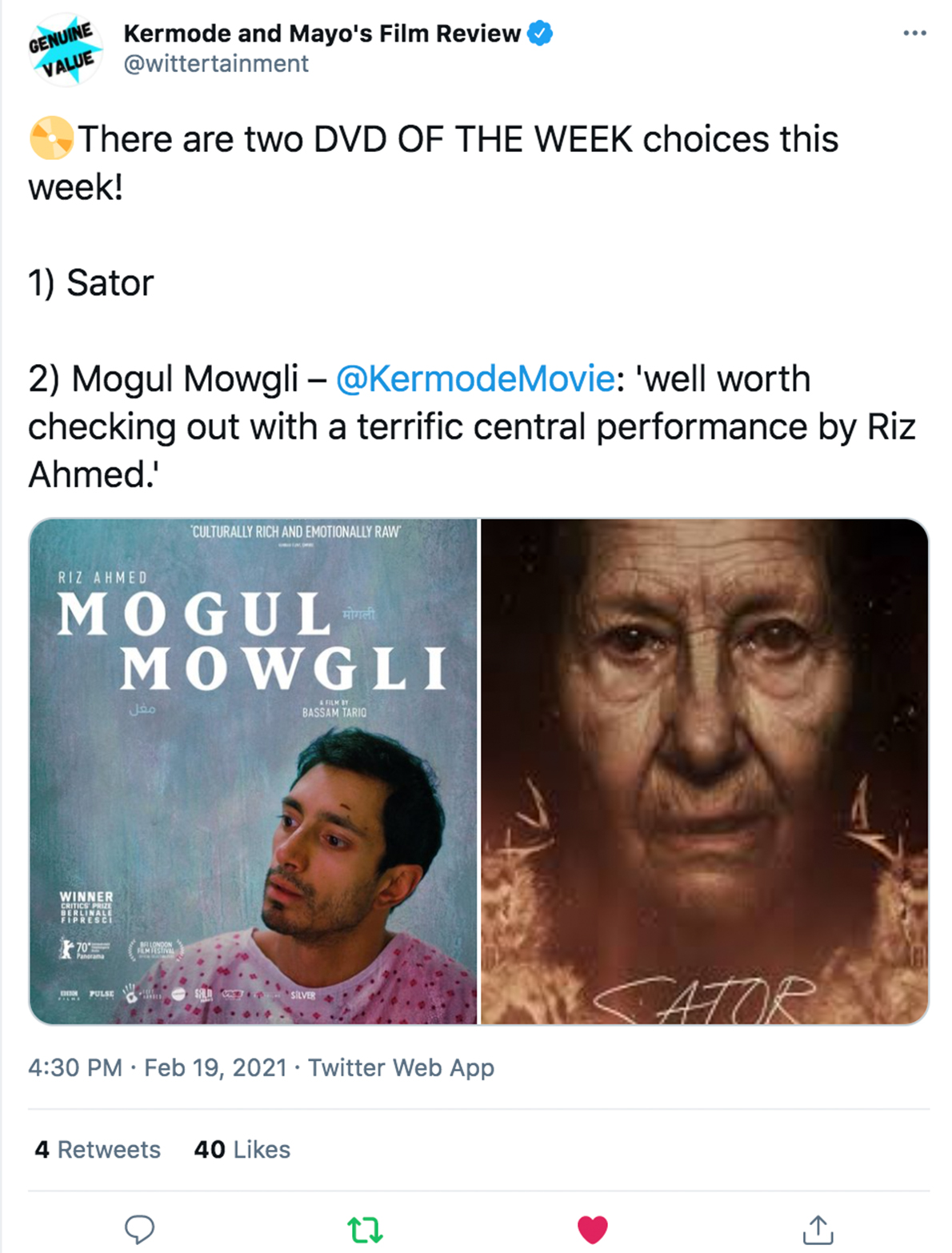 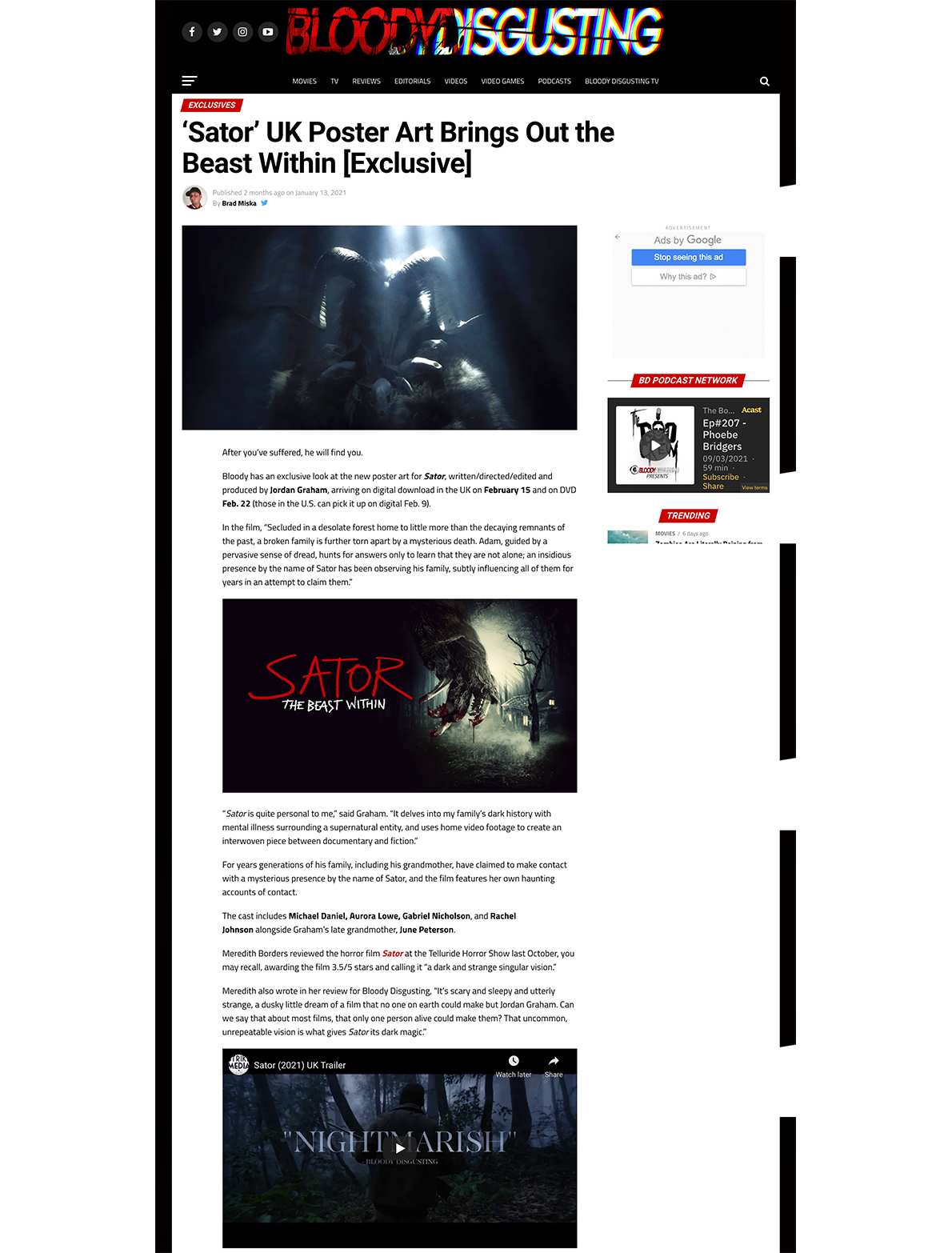 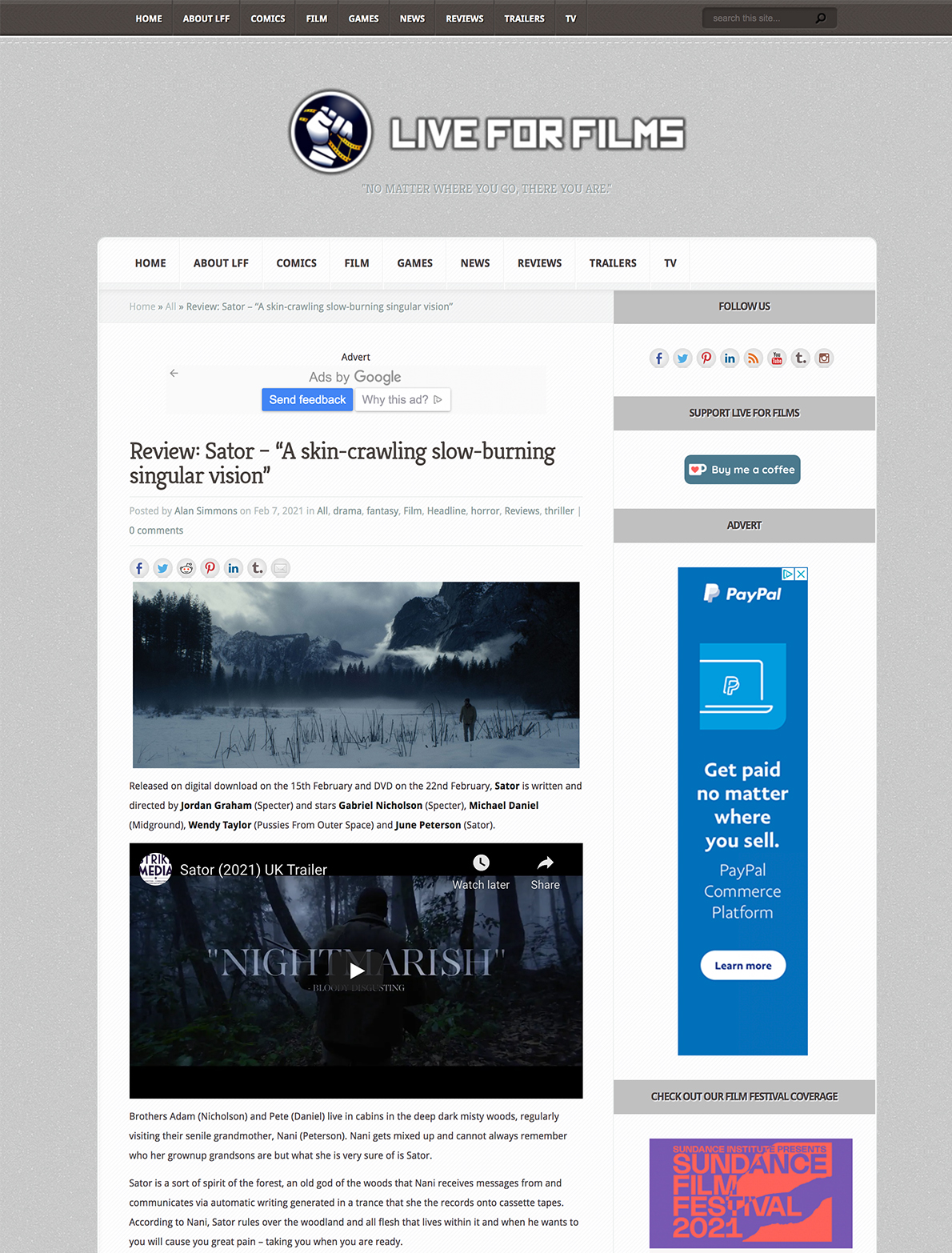 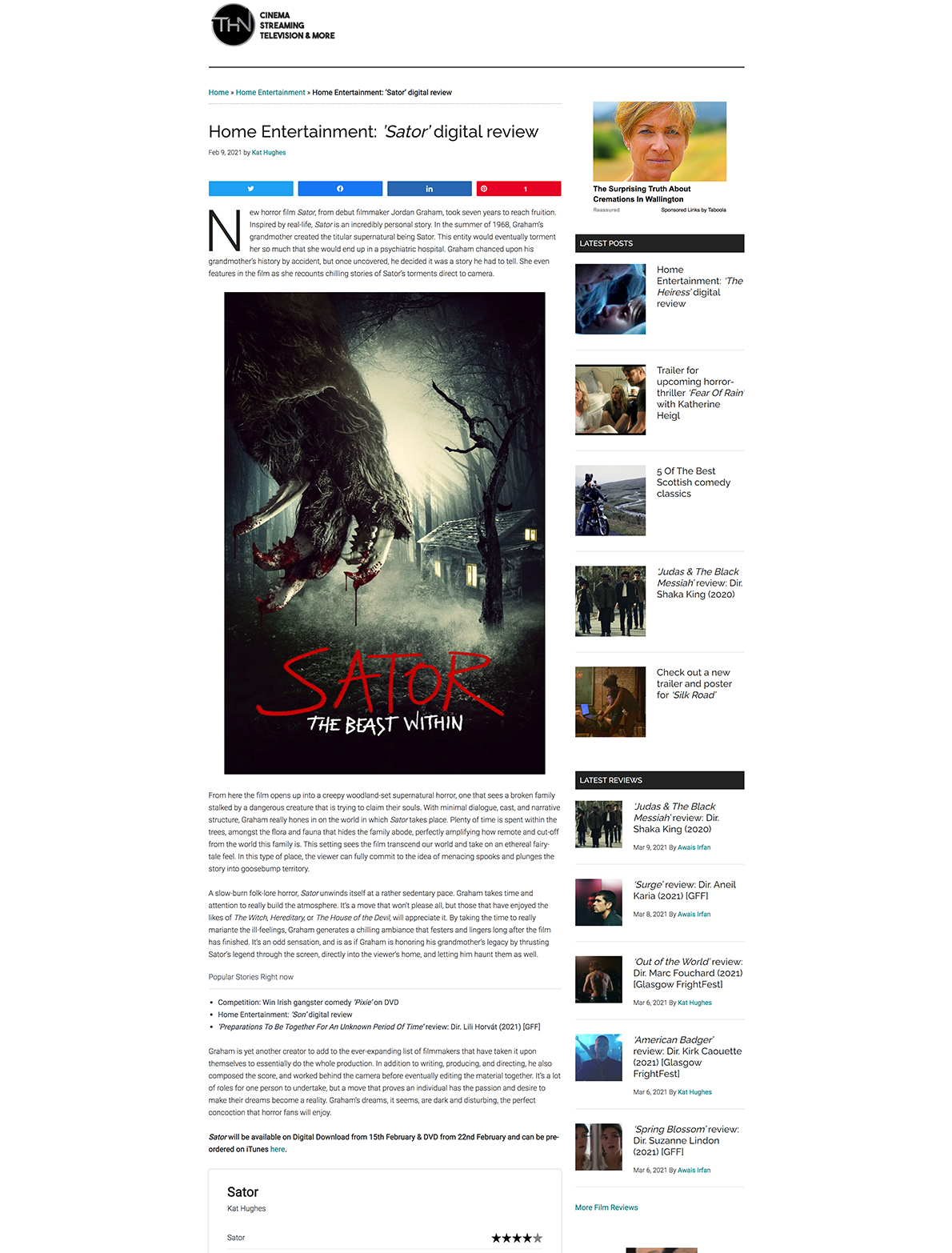 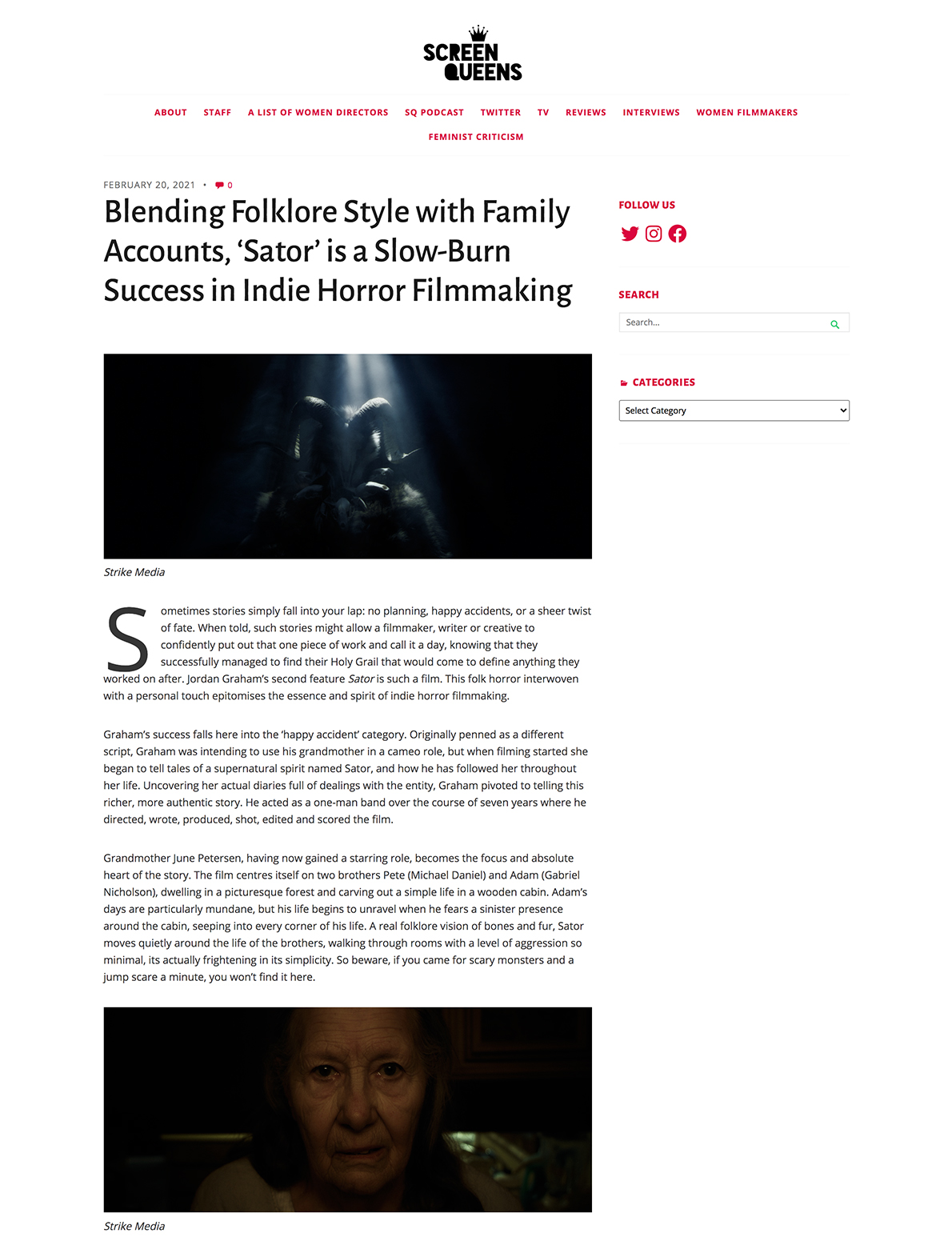 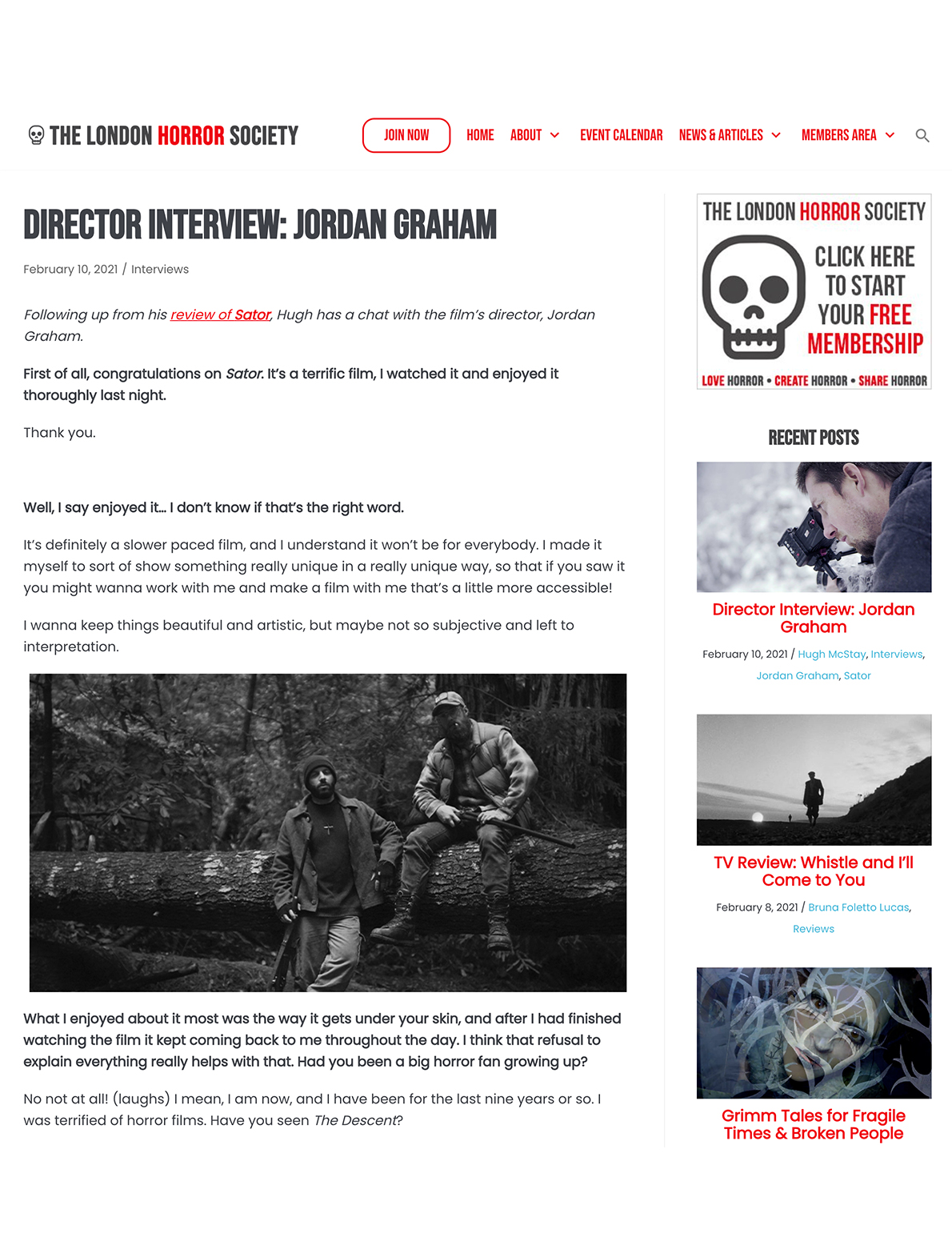 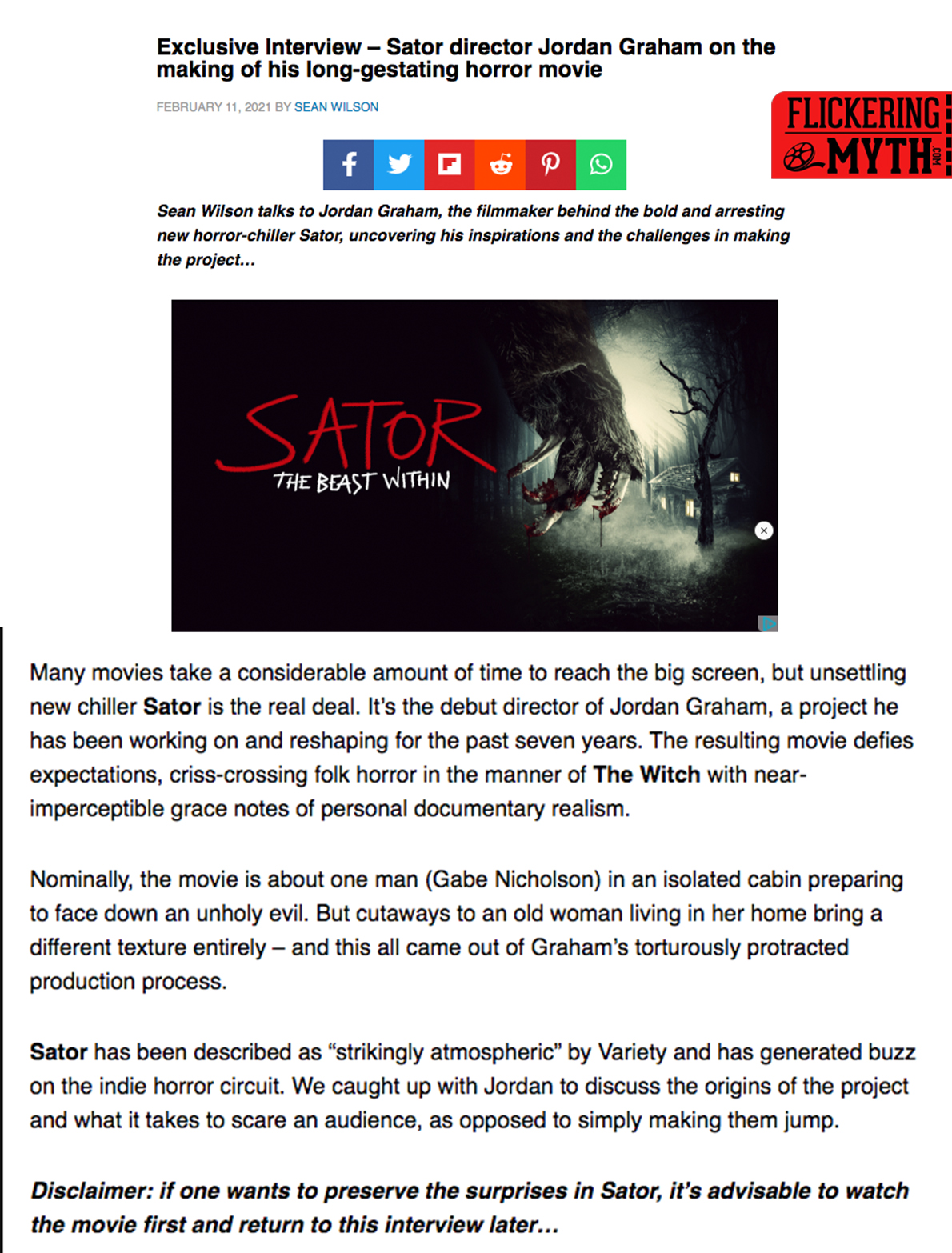 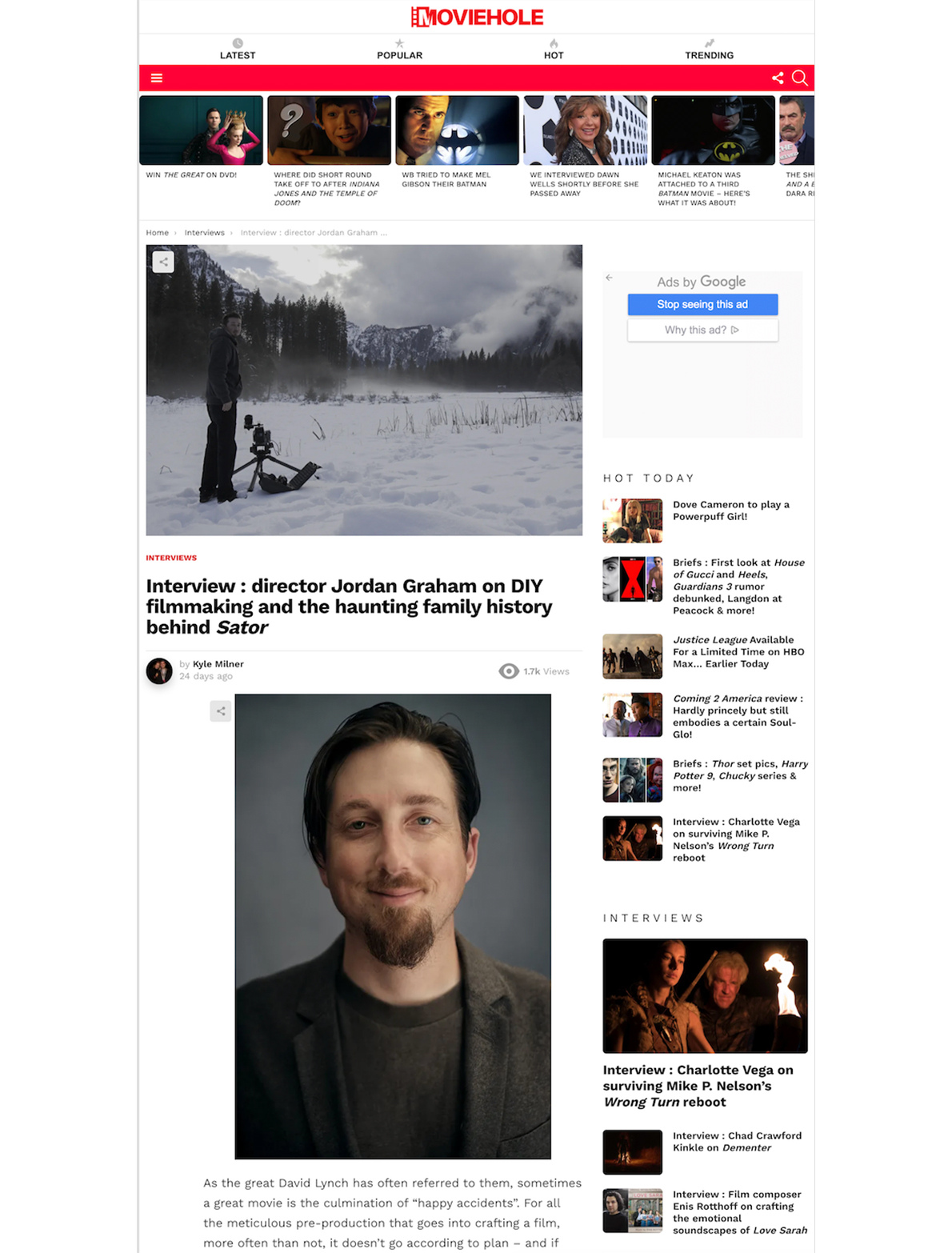 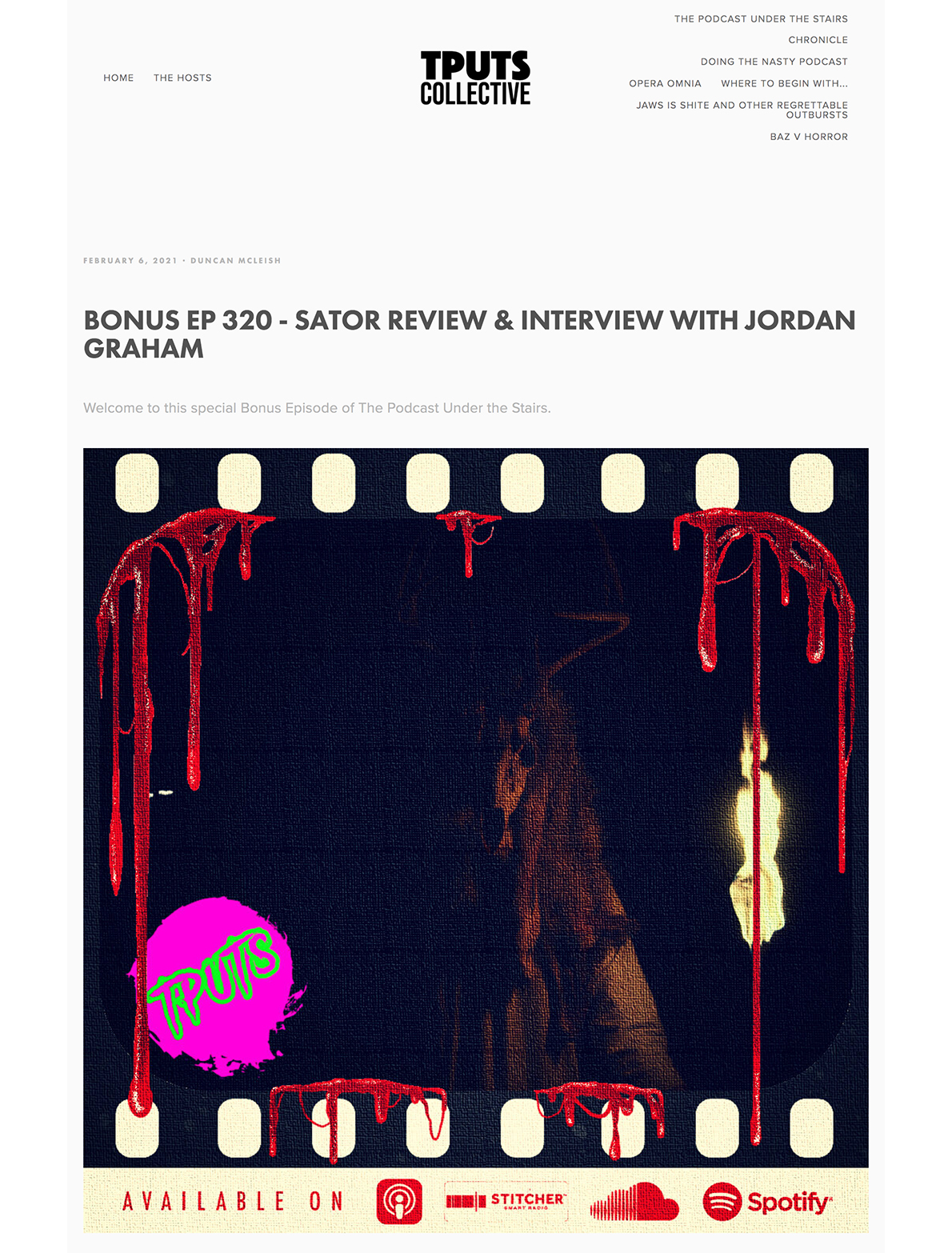 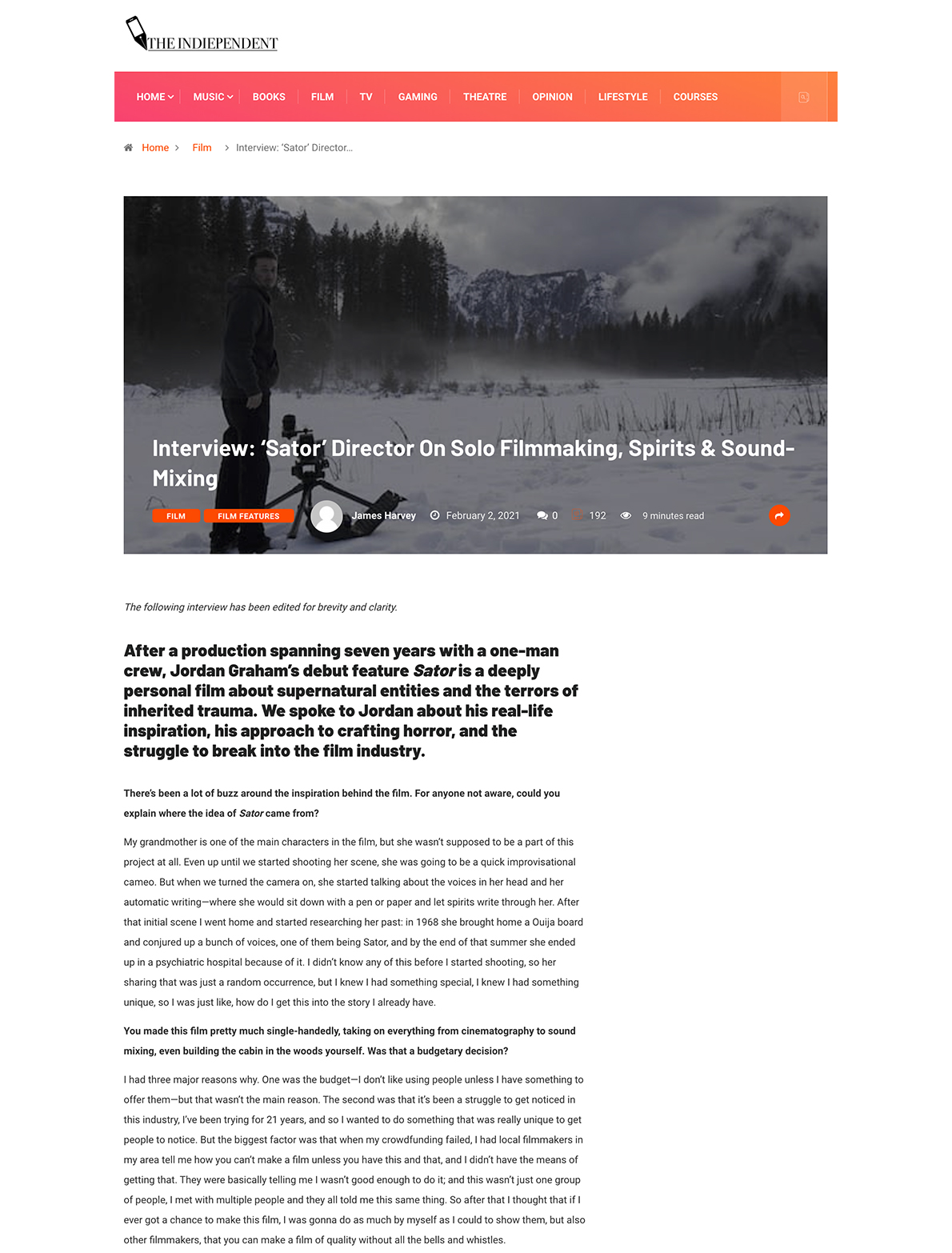 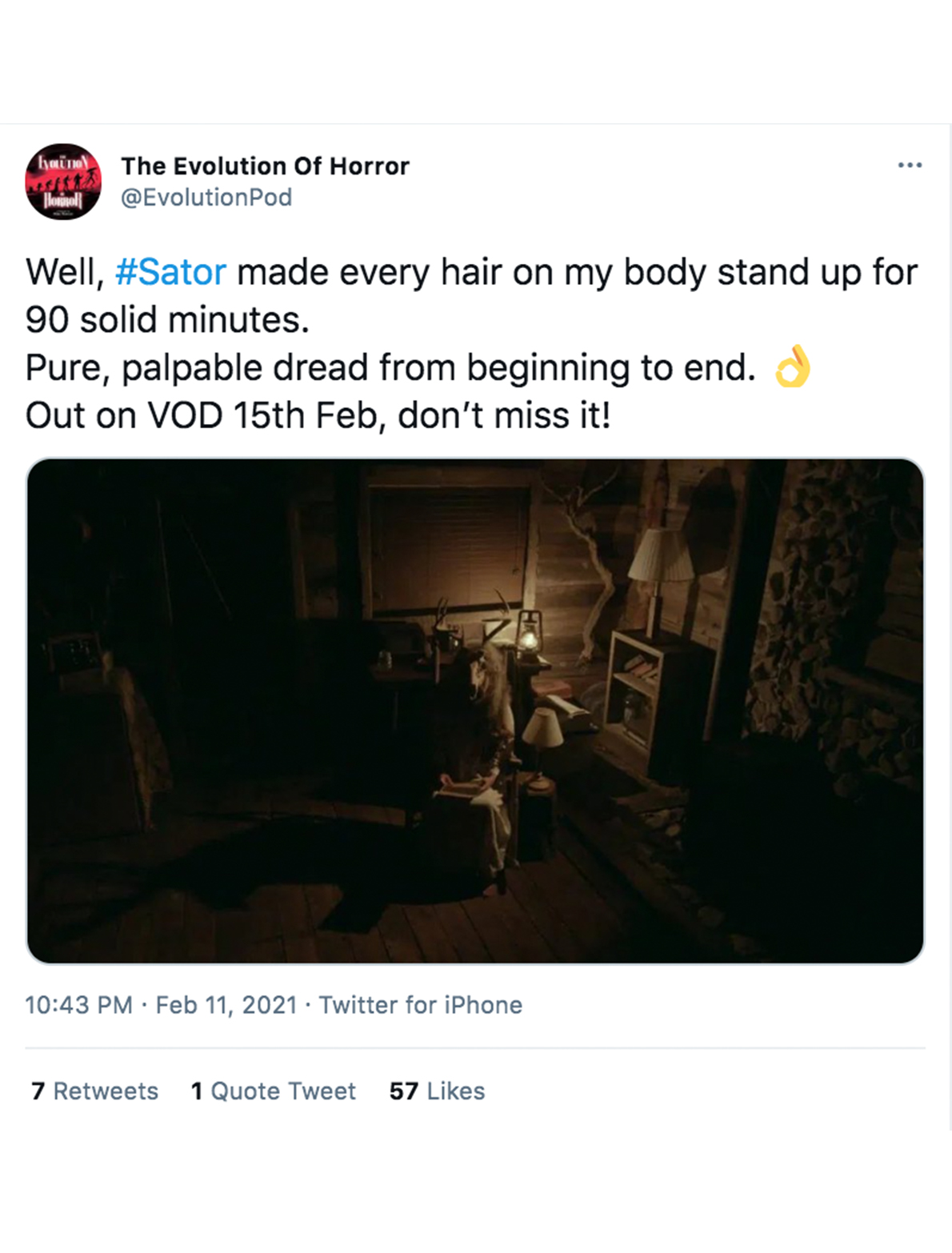 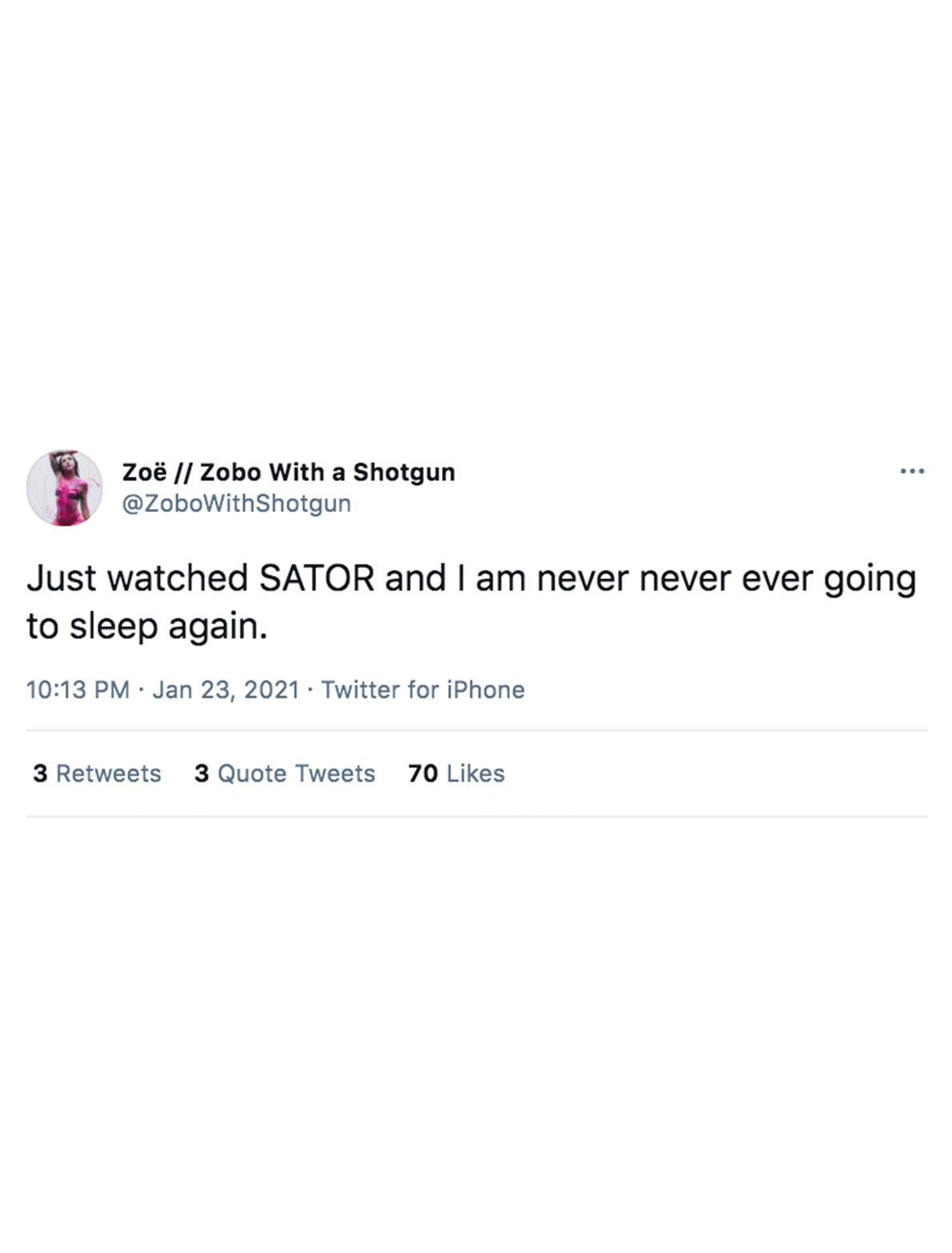 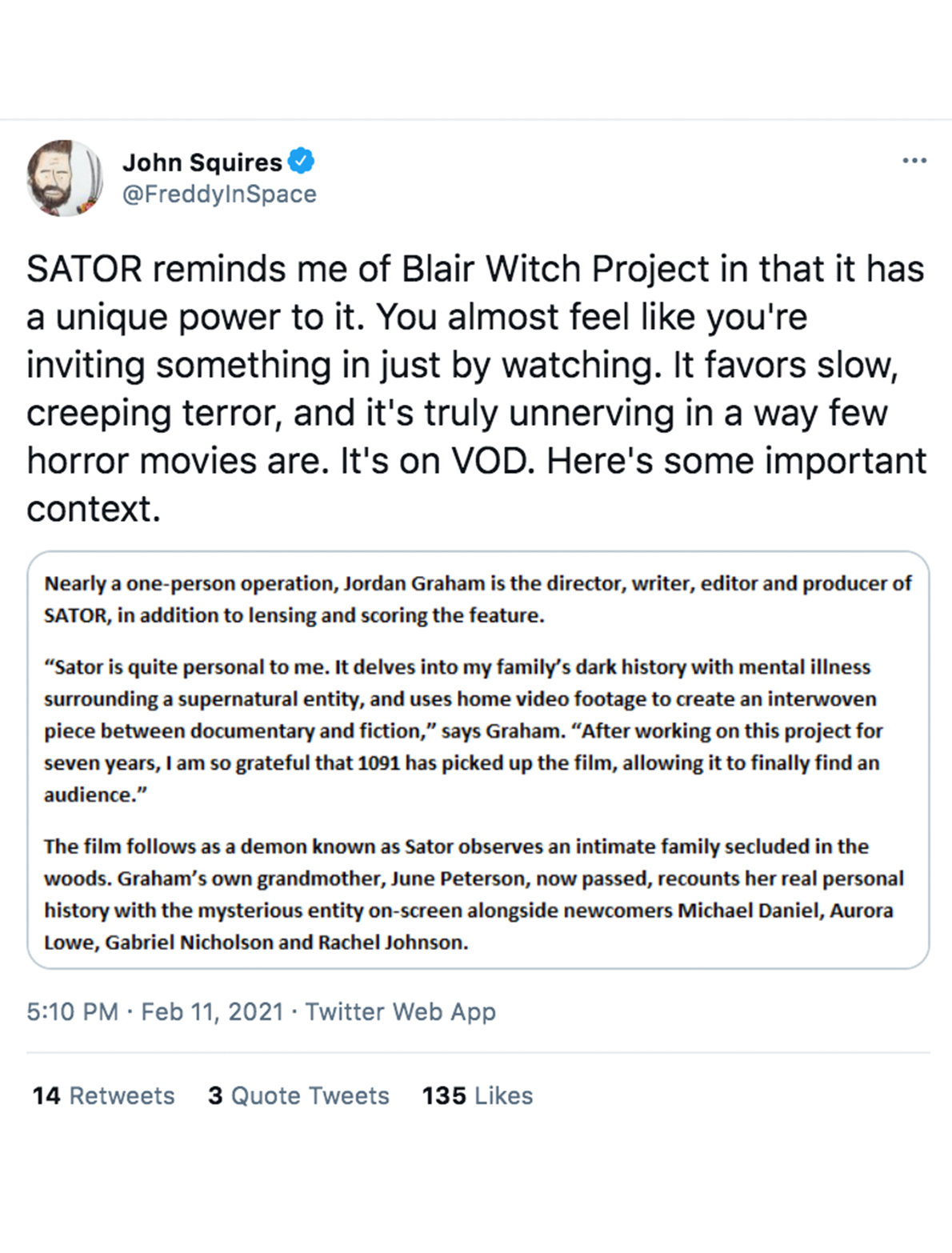 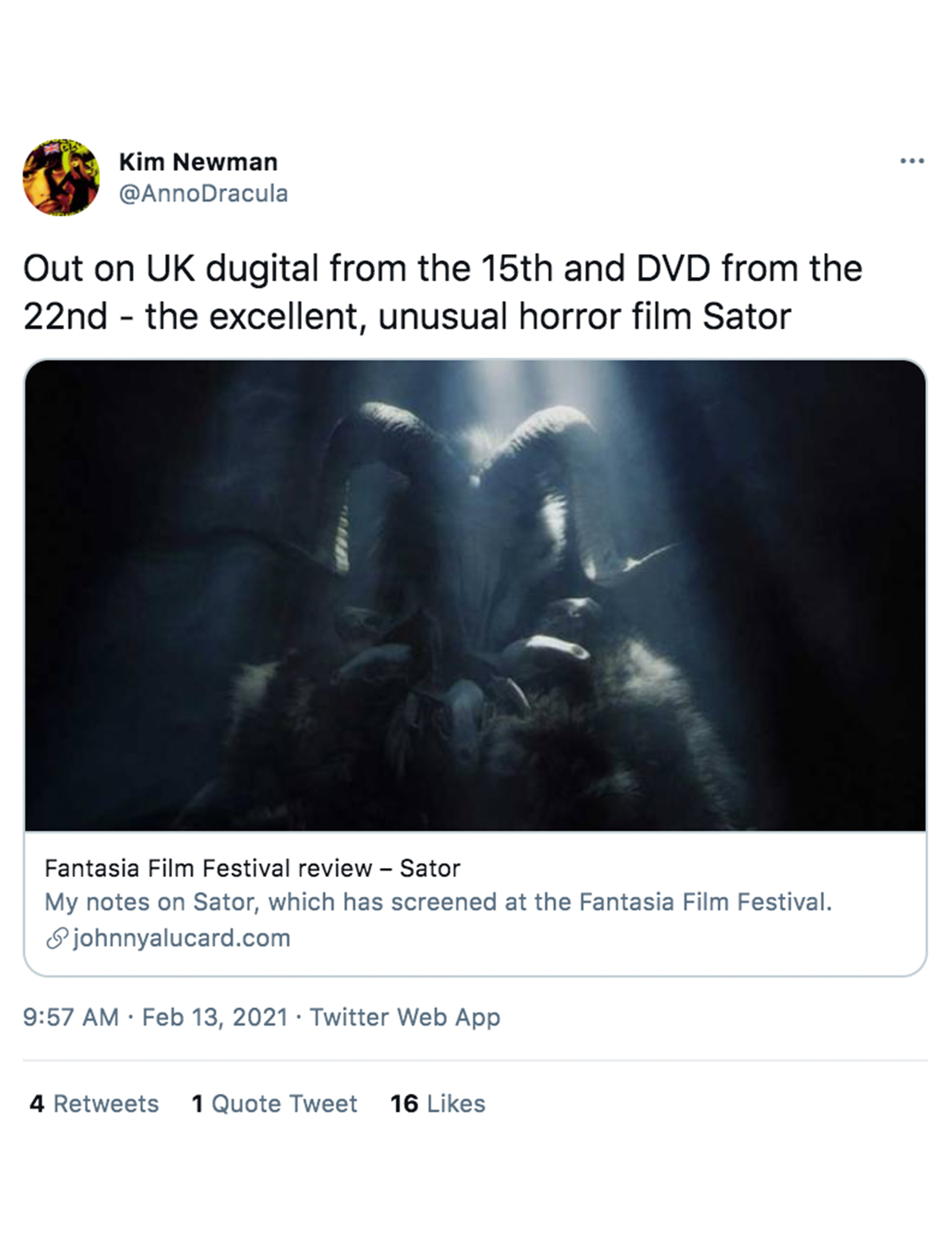 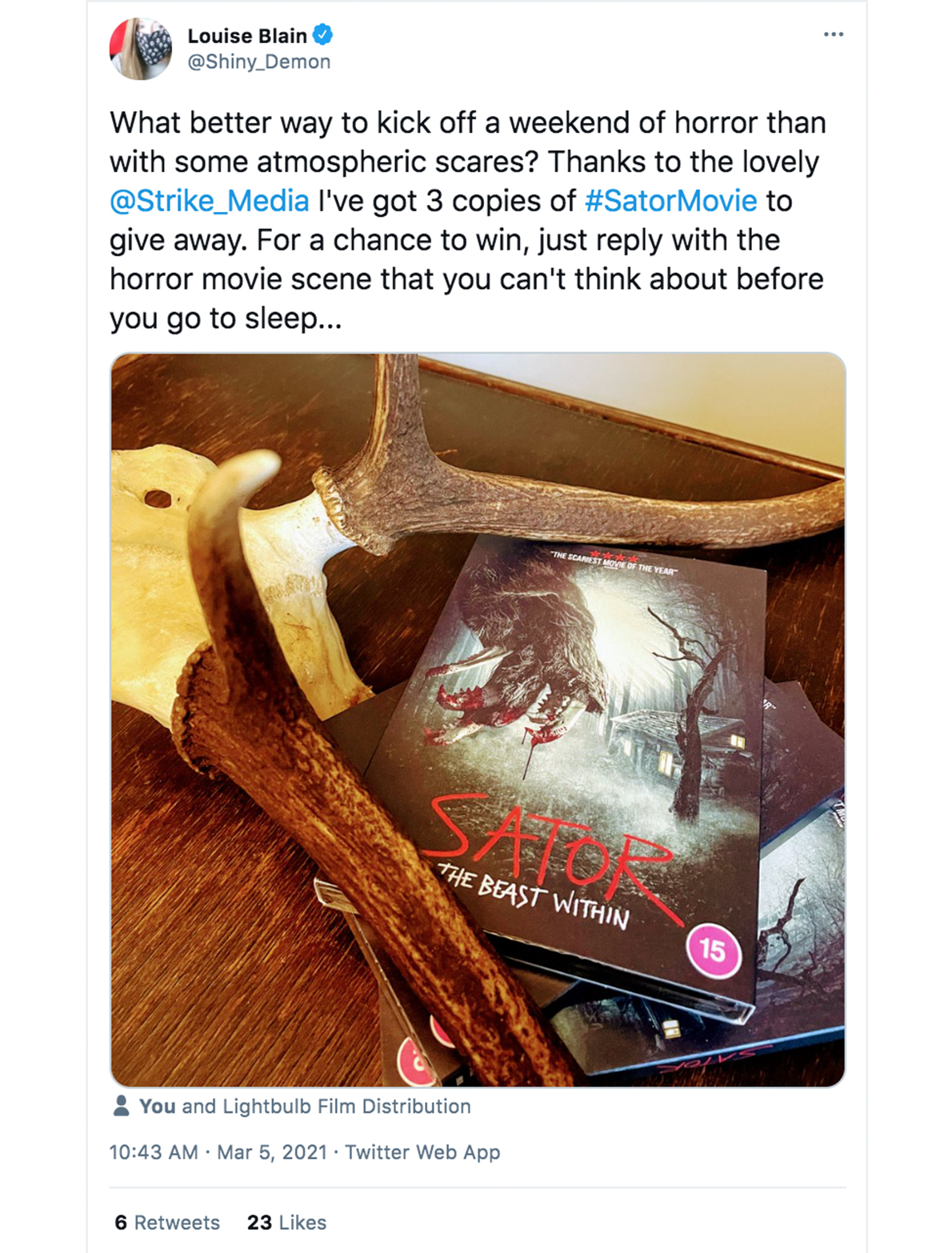 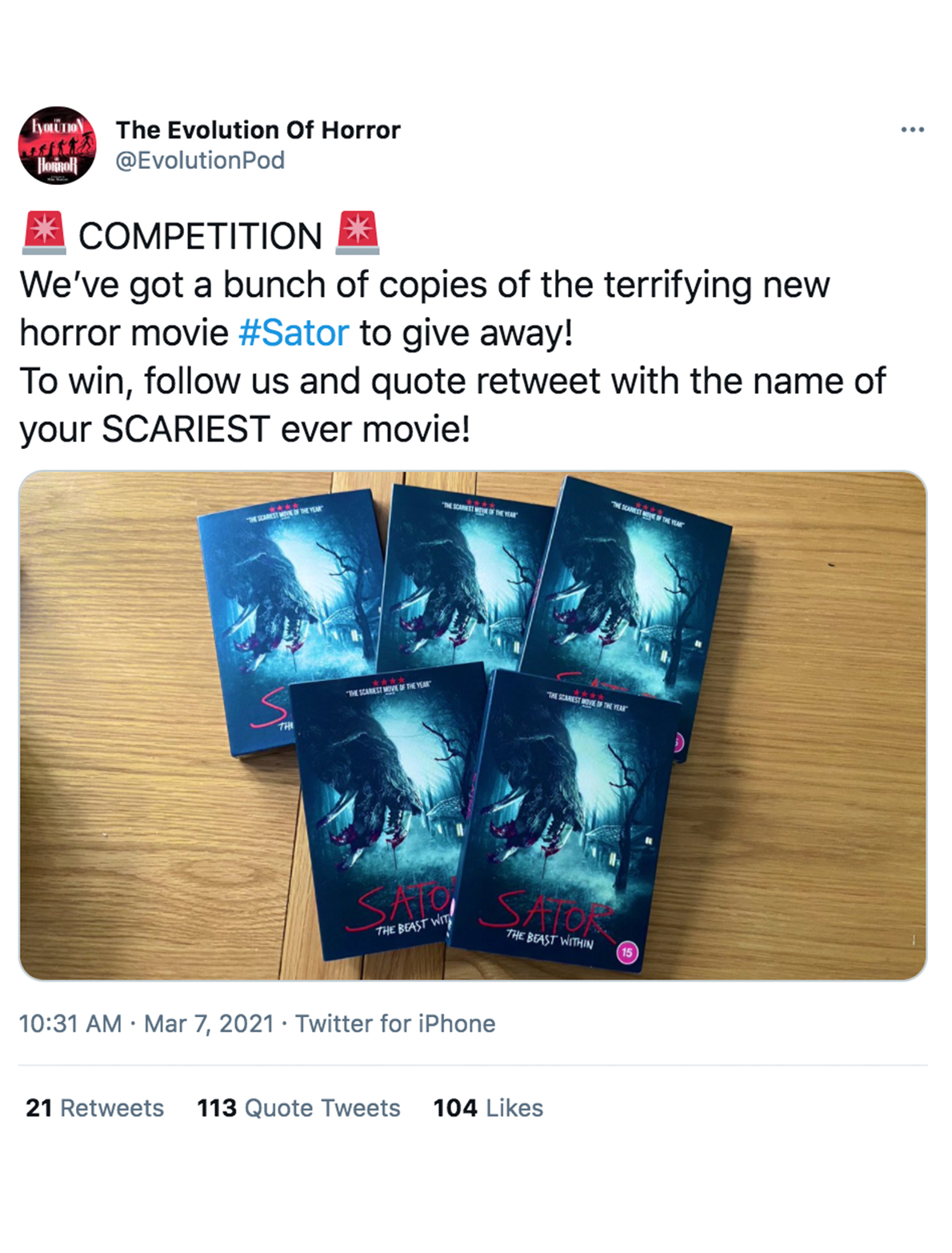