Strike has been excited to working alongside Black Factory Films, Munro Films and Lightbulb Film Distribution on this multi award-winning biopic of underdog rock promoter, David McLean’s, road to fame. Despite a delay in the theatrical due to COVID-19, we’re very SCHEMERS reached number 1 at the UK box office and we were excited to come back on board for the films DVD and digital release!

SCHEMERS is the first full length feature film to be made in Dundee, based on the true story surrounding David McLean’s stream of ambitious gigs in 1980’s, these included Simple Minds, XTC, Ultravox, The Skids & Iron Maiden to name just a few! The film won the Audience Award at Edinburgh Film Festival and was recently awarded Best Director & Best Actor at the New York Winter Film Awards.

SCHEMERS was written by music manager David McLean as a way to share the remarkable stories behind his early years in the music business as a fledgling promoter. From organising some of the most ambitious gigs Dundee has ever seen, David moved to London to promote some of the worlds biggest bands, where he worked with Nirvana, Smashing Pumpkins, Pearl Jam & Green Day. Following on from this David went on to manage one of the most internationally successful bands of the last 20 years, Placebo.

Davie (Conor Berry) is a dreamer from the council schemes, constantly hustling for his next buck, then losing it on the horses. After a football injury, Davie falls for trainee nurse Shona (Tara Lee) and tries to impress her by running a disco. Along with friends John and Scot, the trio start promoting bands – culminating in a hugely ambitious Iron Maiden gig at the Caird Hall, Dundee. With ambition so grand they go deep in debt with Fergie, a gangster of legendary violence, Davie needs to use every trick to pull off the biggest scheme of his life. 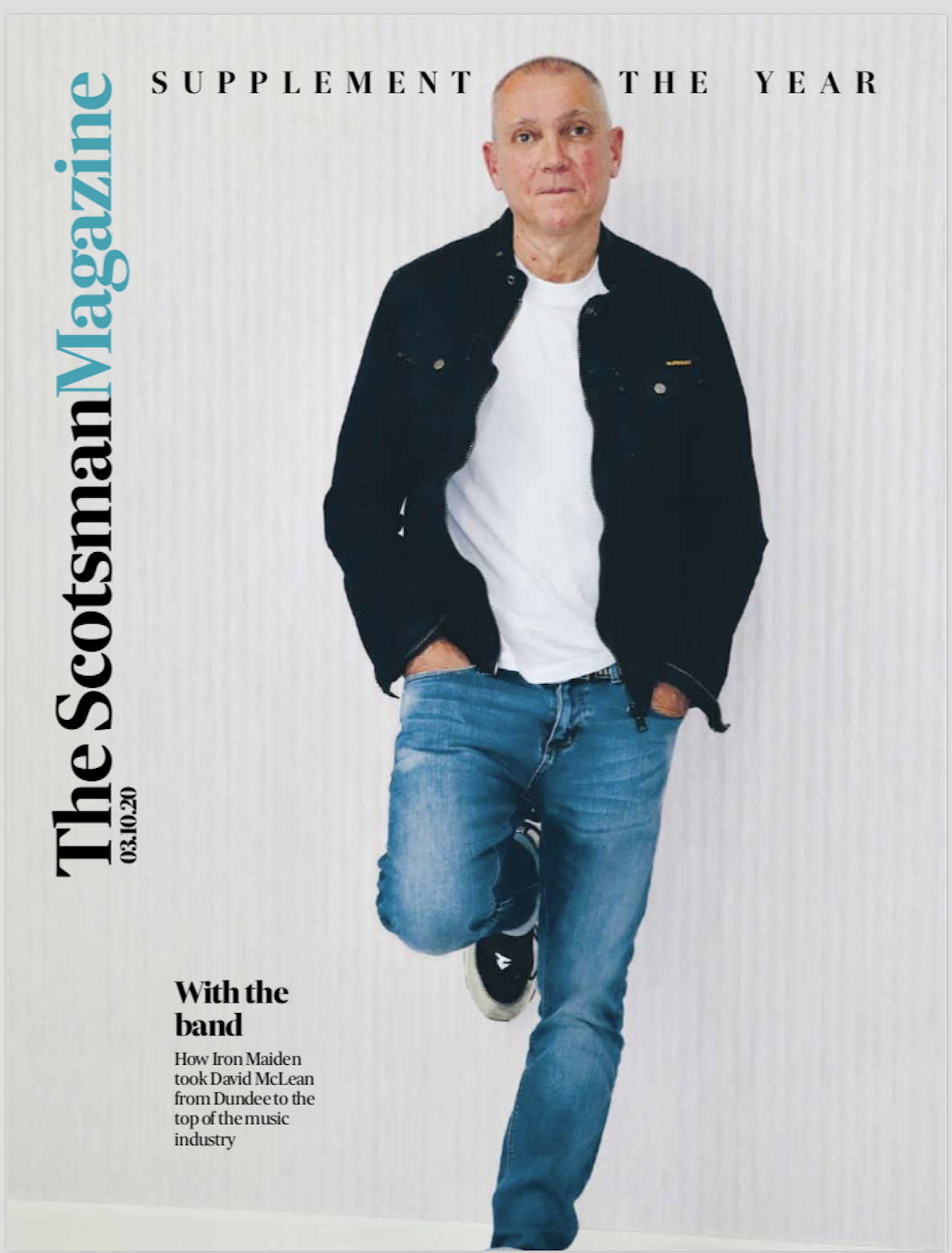 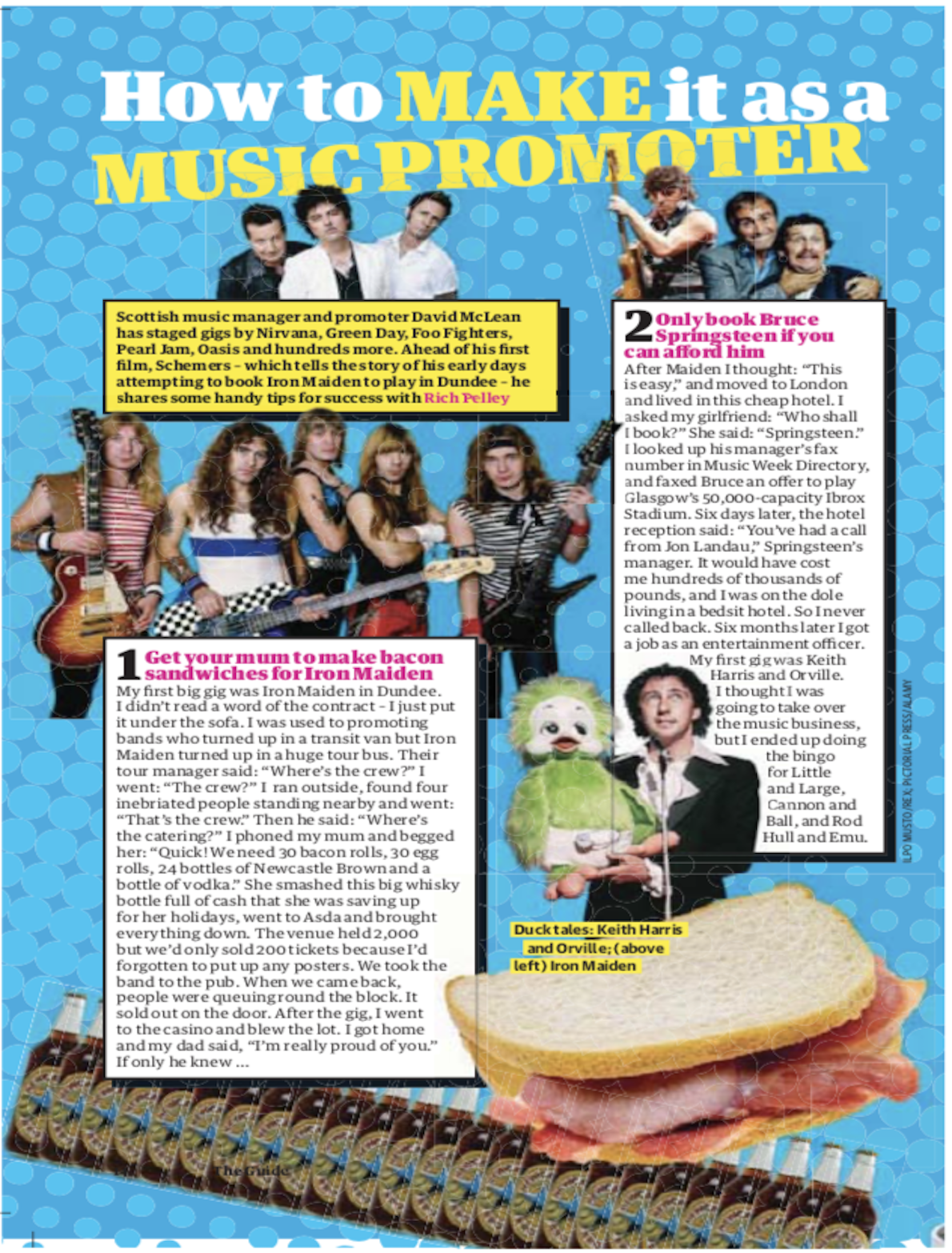 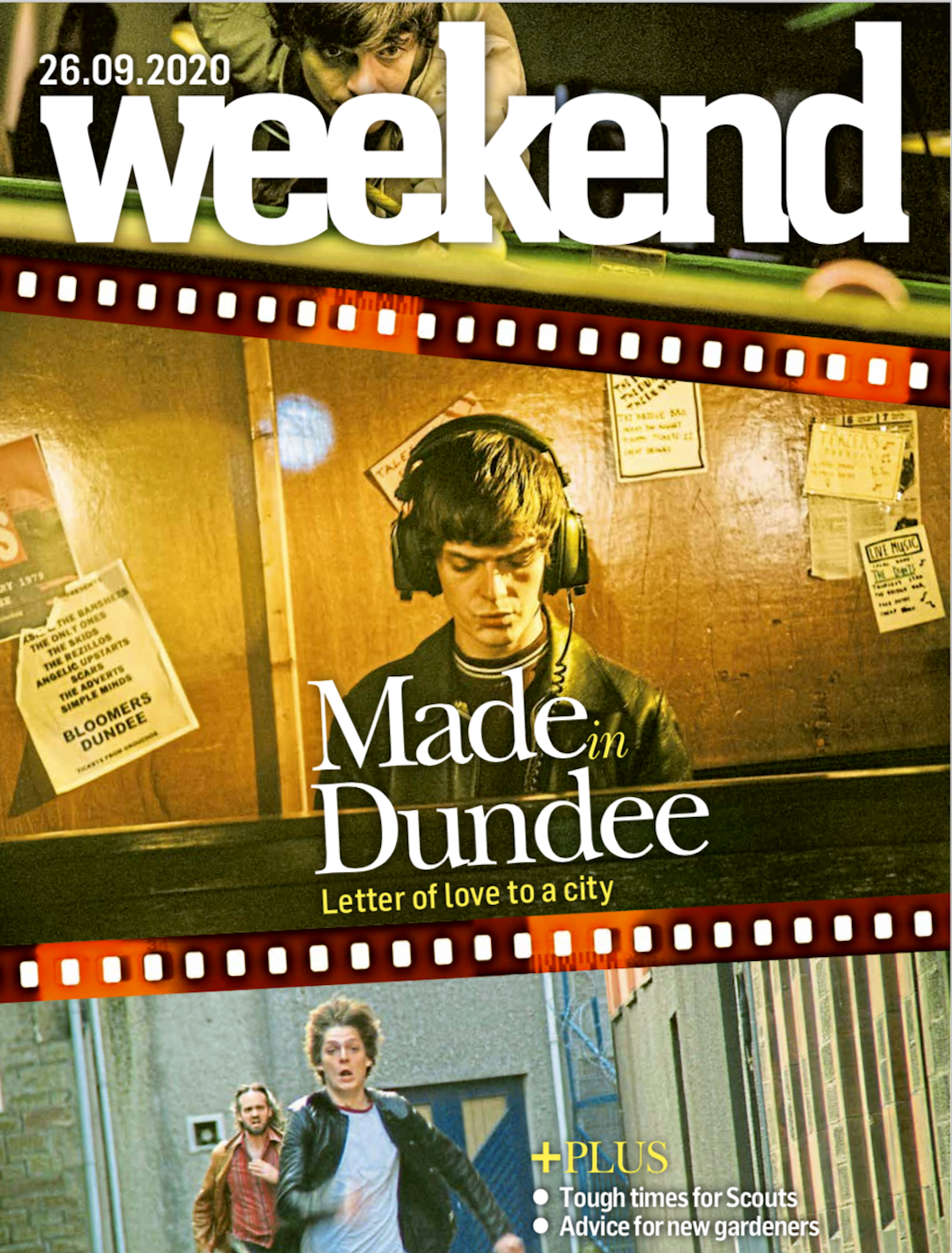 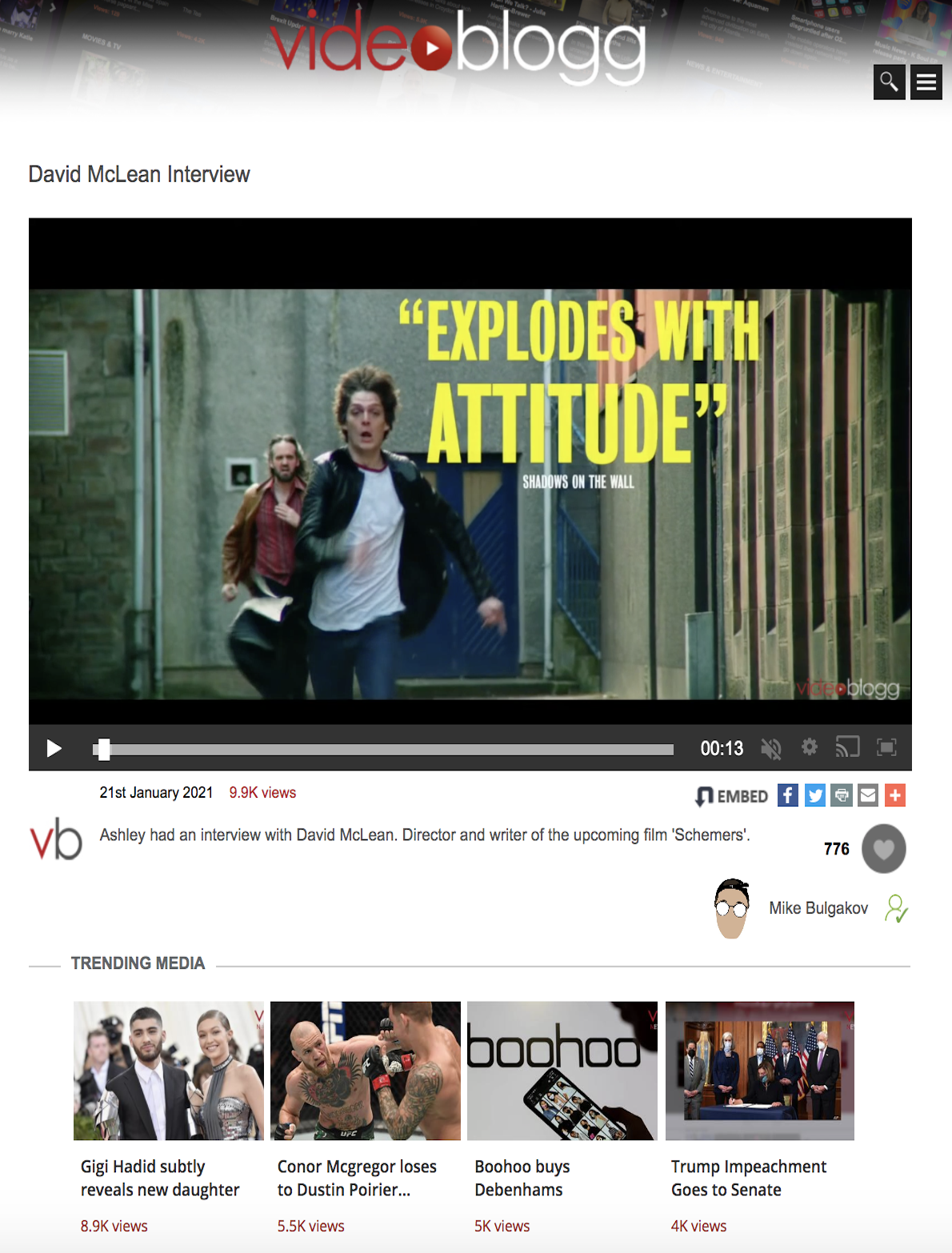 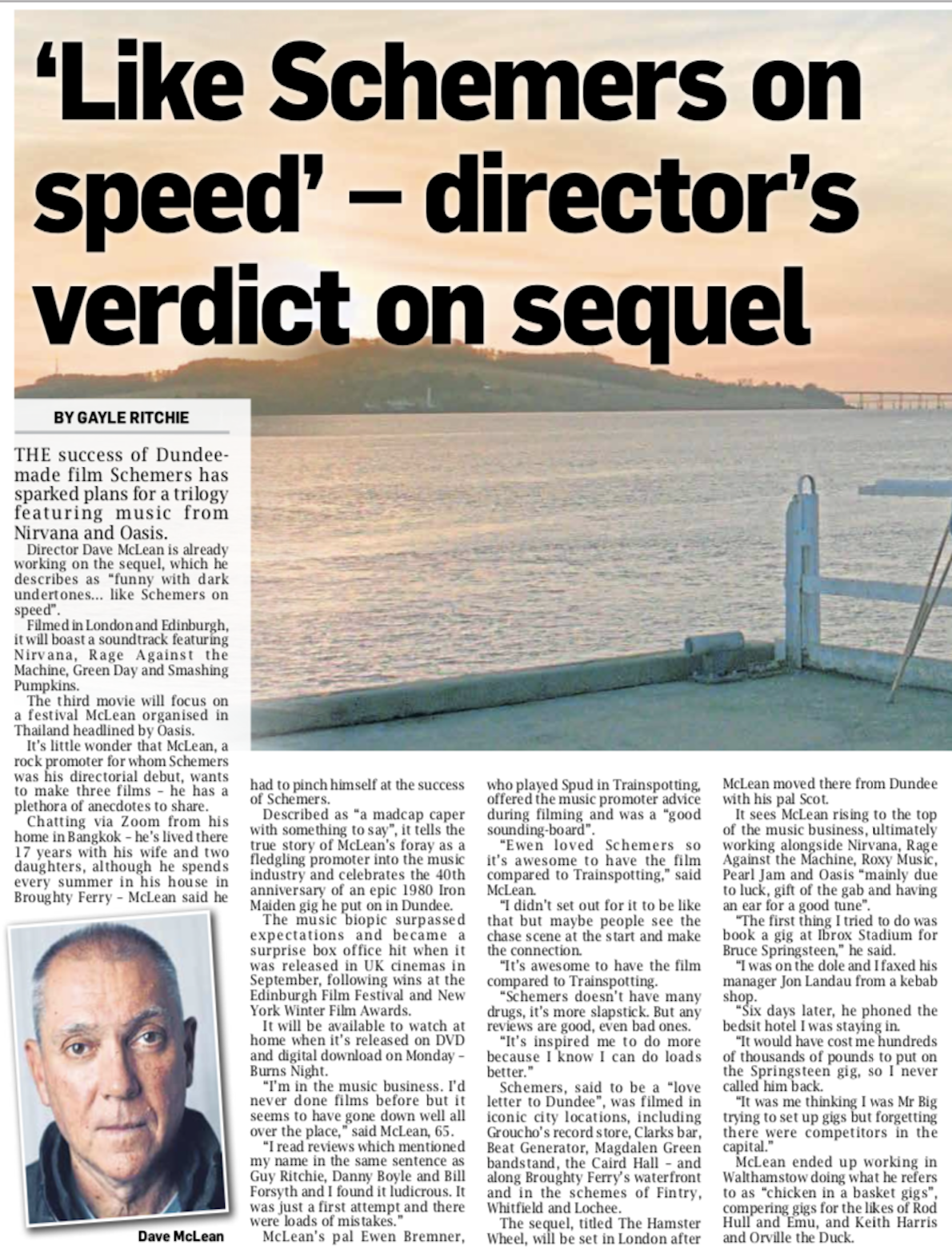