Strike Media were thrilled to work alongside Parkland Entertainment on the UK release of the unnerving British horror, Shepherd. Strike initially were brought on board when the film was still in production, looking to raise awareness of the title in the trades. Strike were able to secure in a number of trade titles as well as consumer outlets.

The film was then acquired by Parkland and Strike continue to handle the film’s publicity. In July, the film shared the UK release date as well as its first Teaser Trailer, which was shared exclusively on leading horror site, Bloody Disgusting as well as a number of UK sites.

Strike revealed to press that the film had been Officially Selected at BFI London Film Festival. This resulted in securing a number of top tier reviews, a large number of which being positive.

Since its Premiere at BFI London Film Festival and its theatrical release in November, critics have heaped praise on the British independent title.  Total Film described the film as a “disturbing watch” with “truly nightmarish” visual effects, Starburst called it a “brooding, bleak, atmospheric nightmare that grips with ease” and SciFiNow reviewed it as a “physiological horror that hauntingly portrays the madness of isolation with striking visual clarity” and “not for the faint hearted.“

Film critic Mark Kermode was also full of praise for the film, awarding it his ‘Film of the Week’ on his Radio 5: Live Show, lauding Kate Dickie’s ‘fantastic‘ performance and the ‘eerie‘ atmopshere created by filmmaker Russell Owen; “…you can feel the cold, you can feel the lonliness, you can smell the air of the island.”Kermode was such a fan, he hosted Shepherd star Kate Dickie at Kermode In 3D at the BFI Southbank.

During the Home Ent release, we looked to generate additional reviews, plus ensuring previous reviews were reshared with the new credit. We also ran interviews with the director Russell Owen, plus Blu-ray and T-Shirt competitions with a number of websites. Following its Blu-ray and Digital release, Shepherd hit #1 in the UK Horror & UK Indie Charts

Shepherd is now available on Blu-ray and Digital Download

Running from grief after the mysterious death of his wife, Eric Black takes a job as a shepherd. Trapped alone on a majestic weather-beaten island with an ominous secret. One mans sudden, spiralling madness meets a vengeful supernatural force. What starts as the perfect wind-swept escape becomes a race to save his sanity and his life. 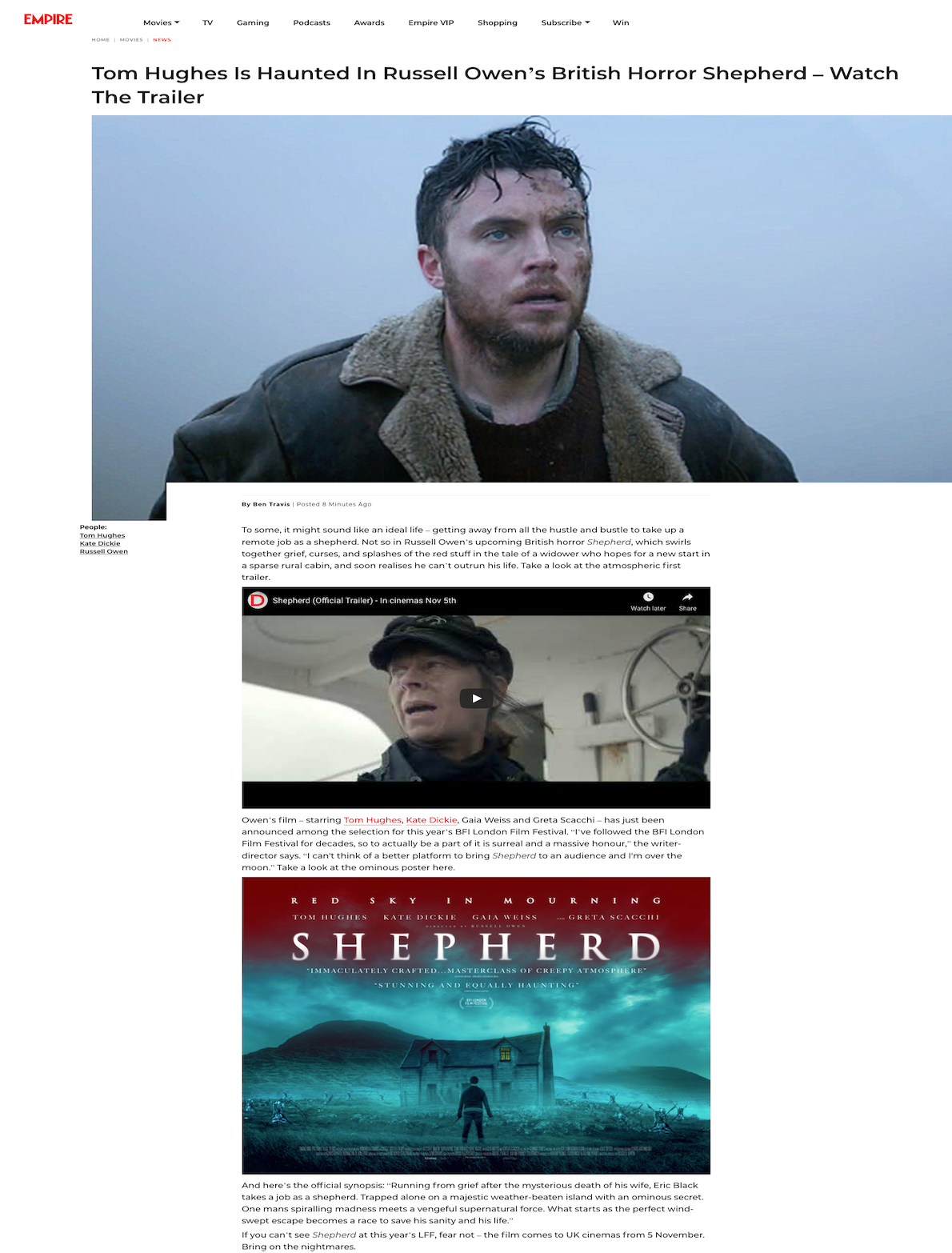 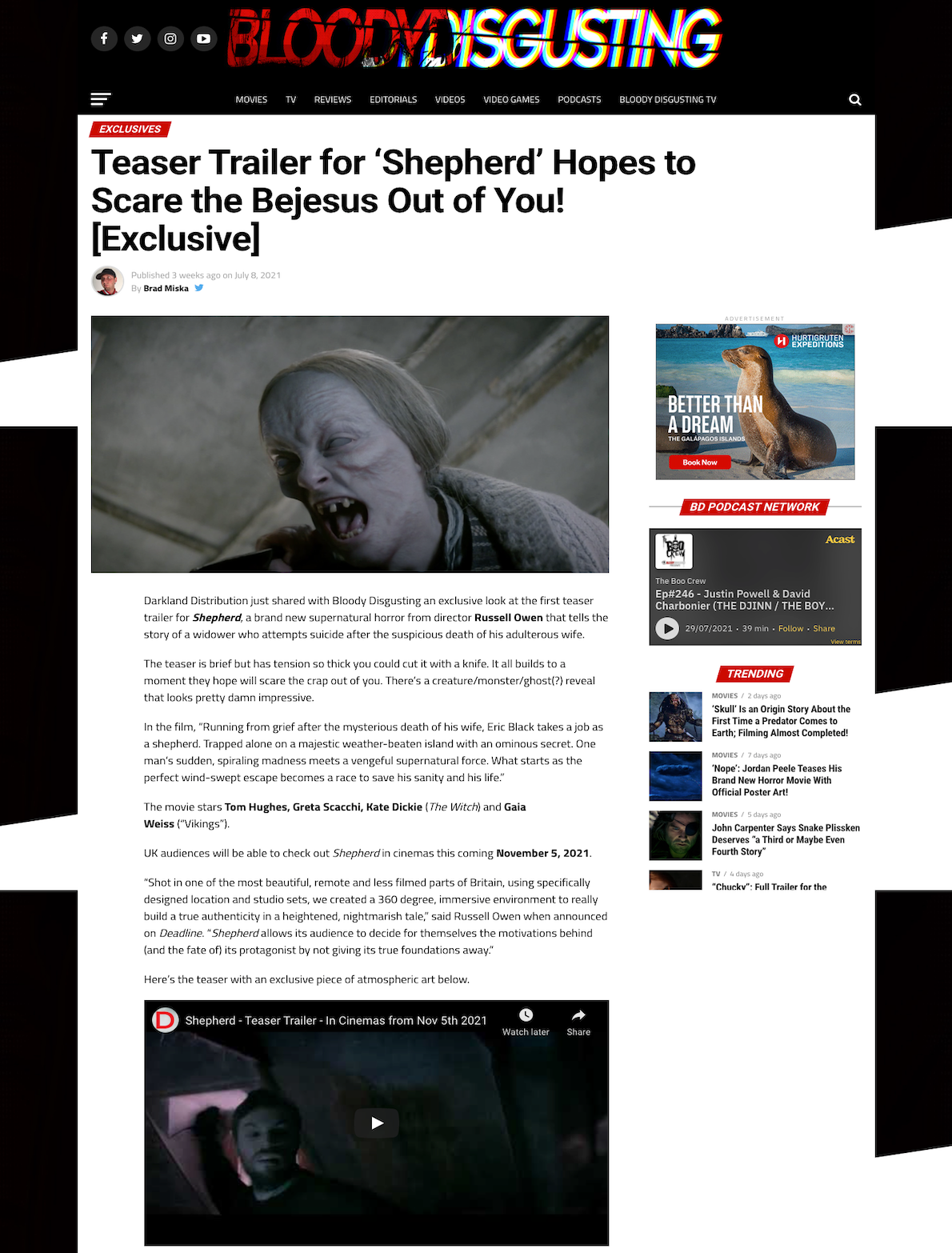 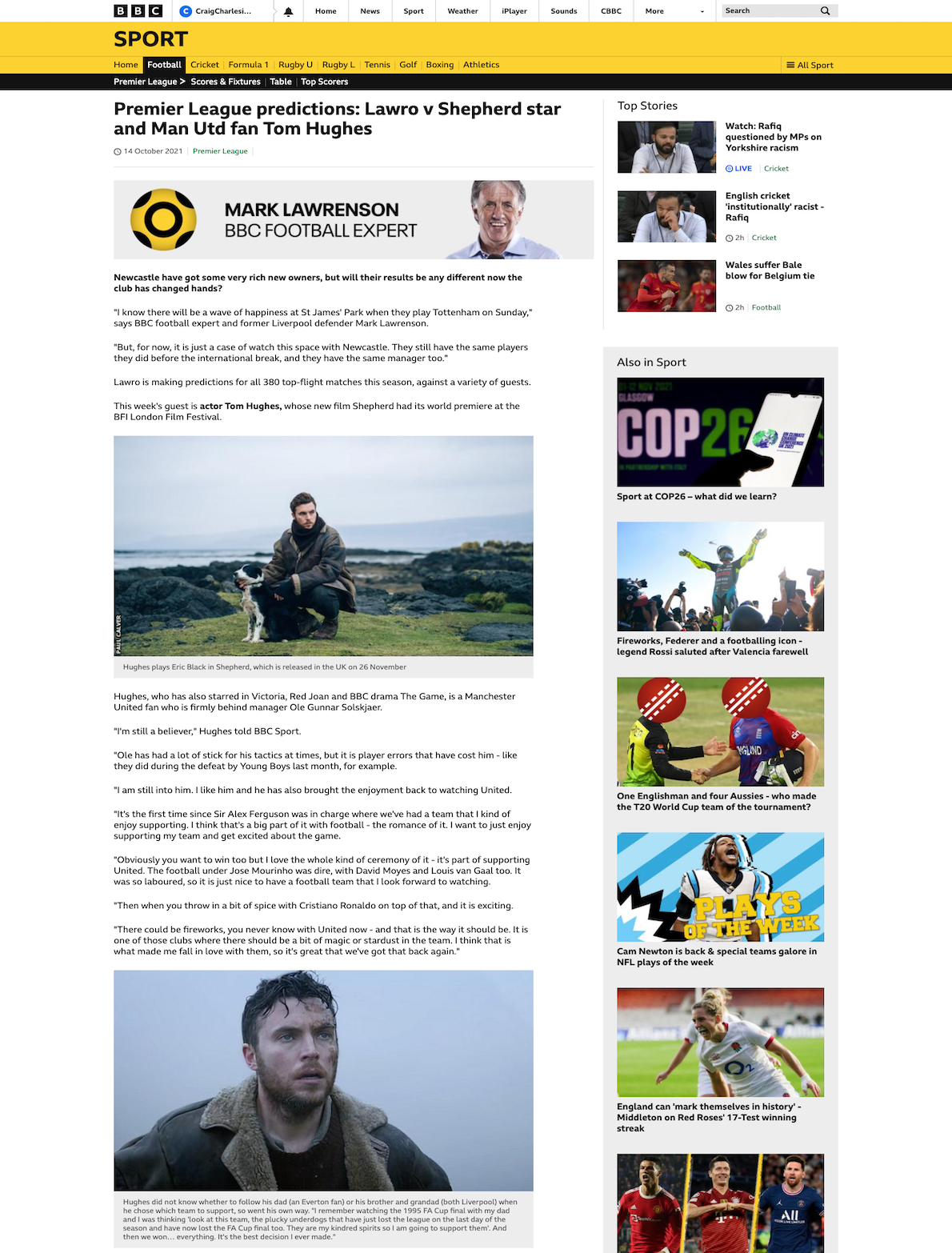 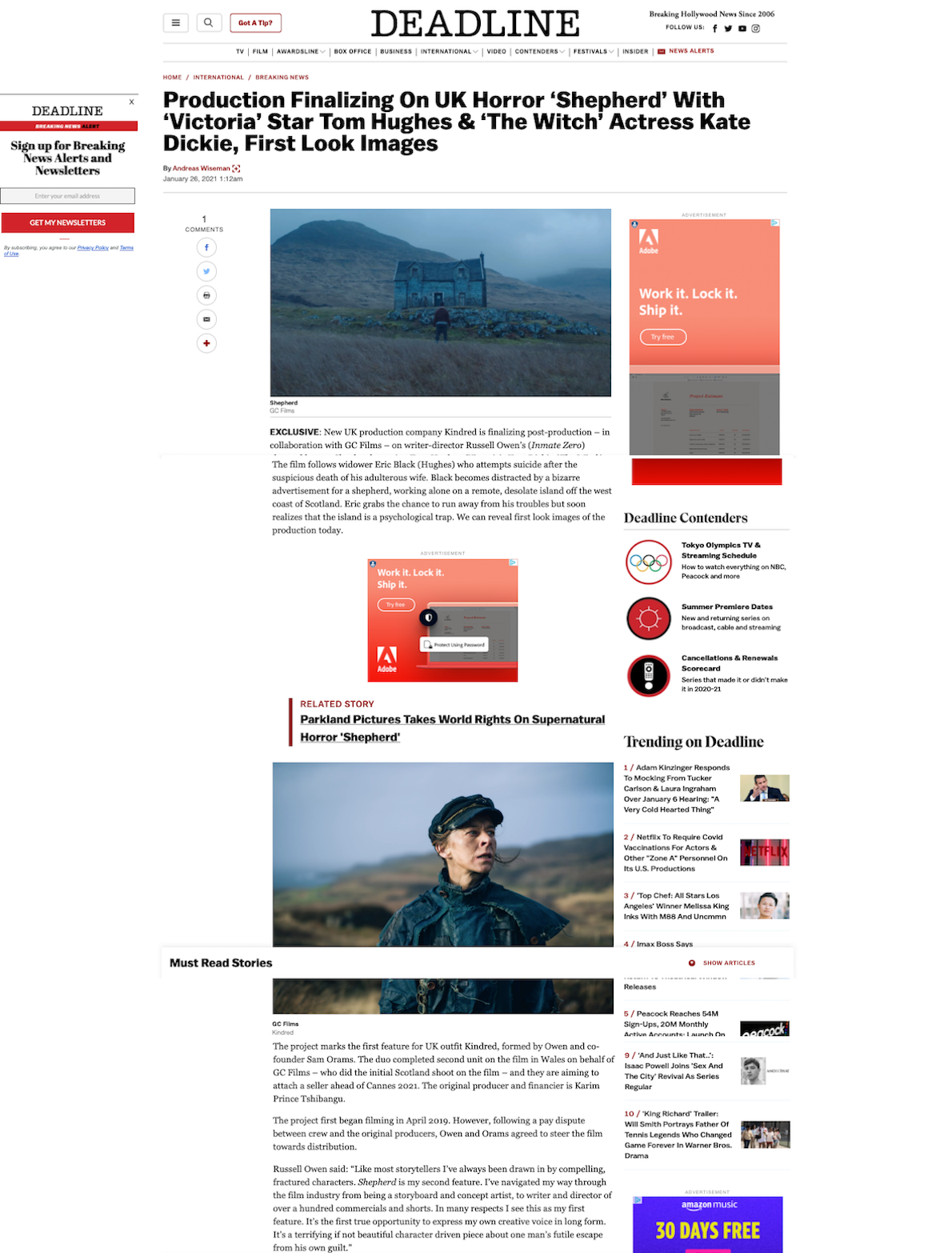 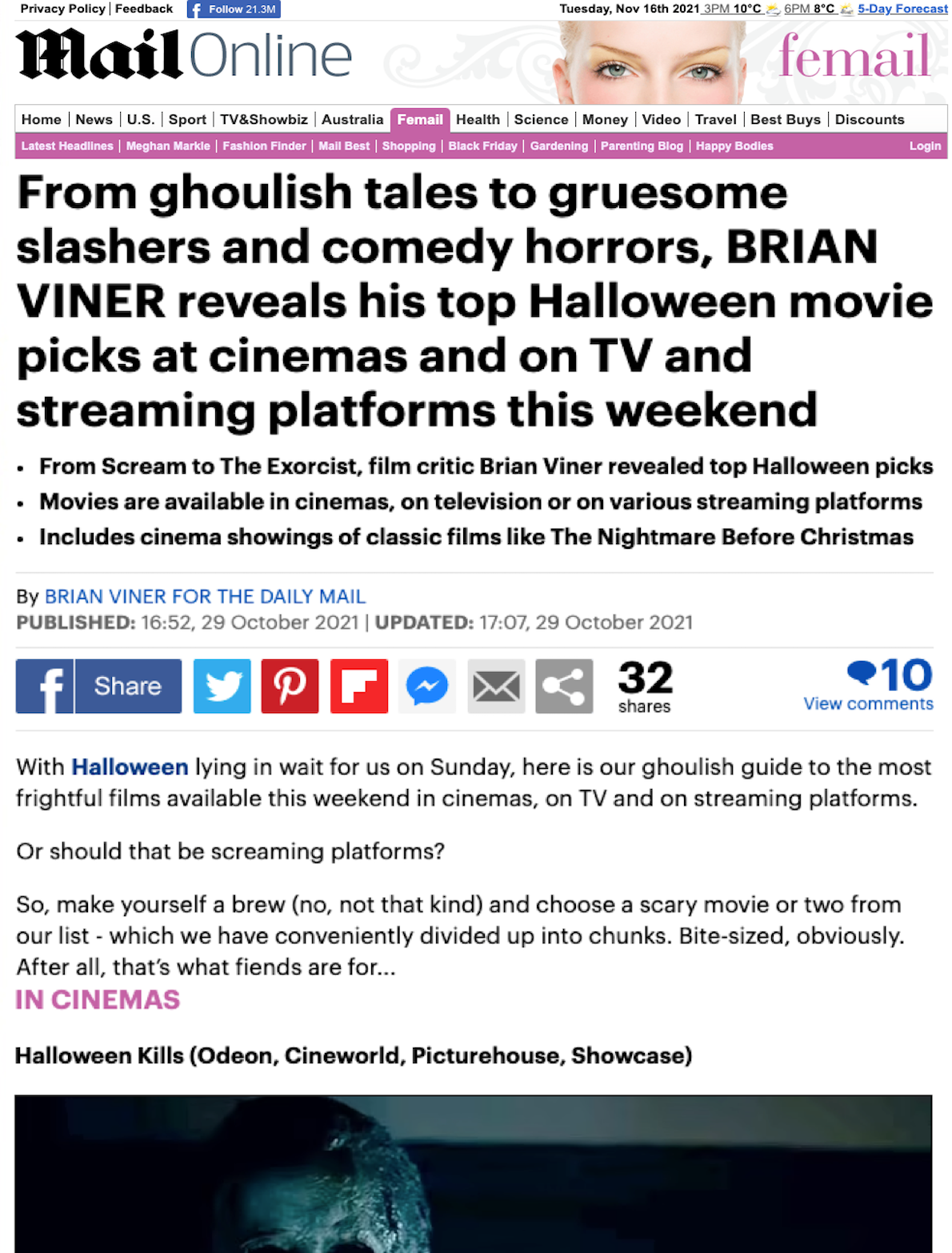 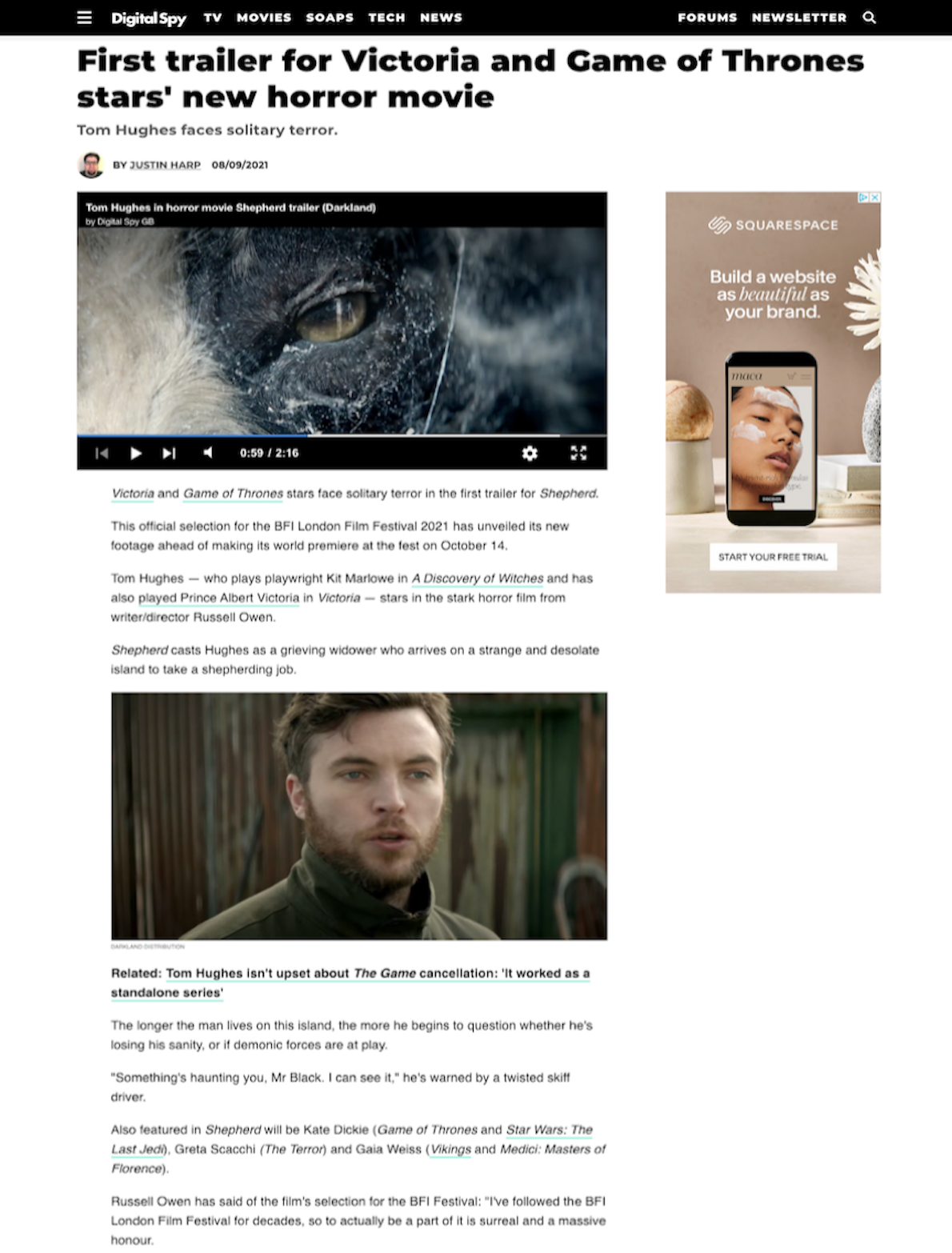 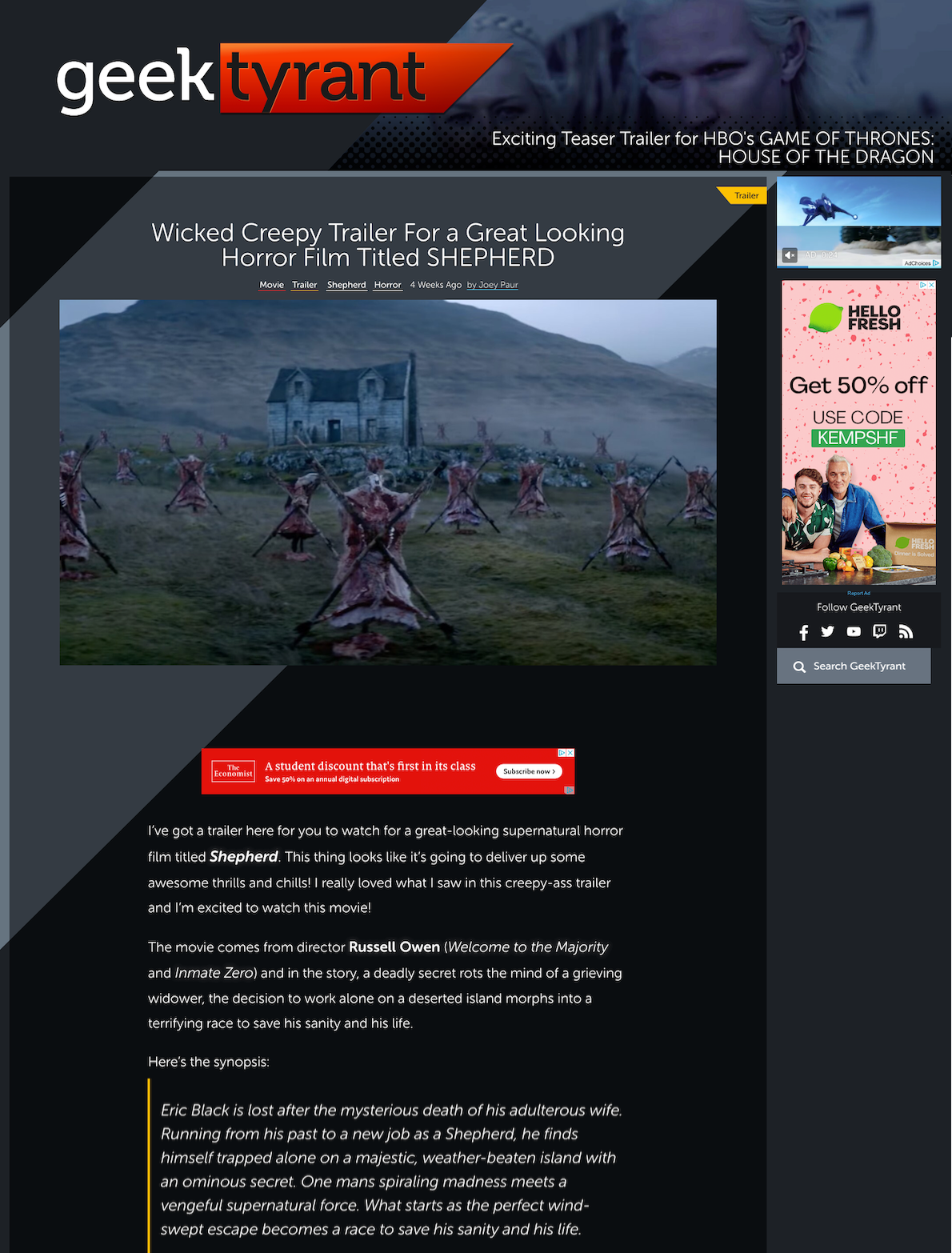 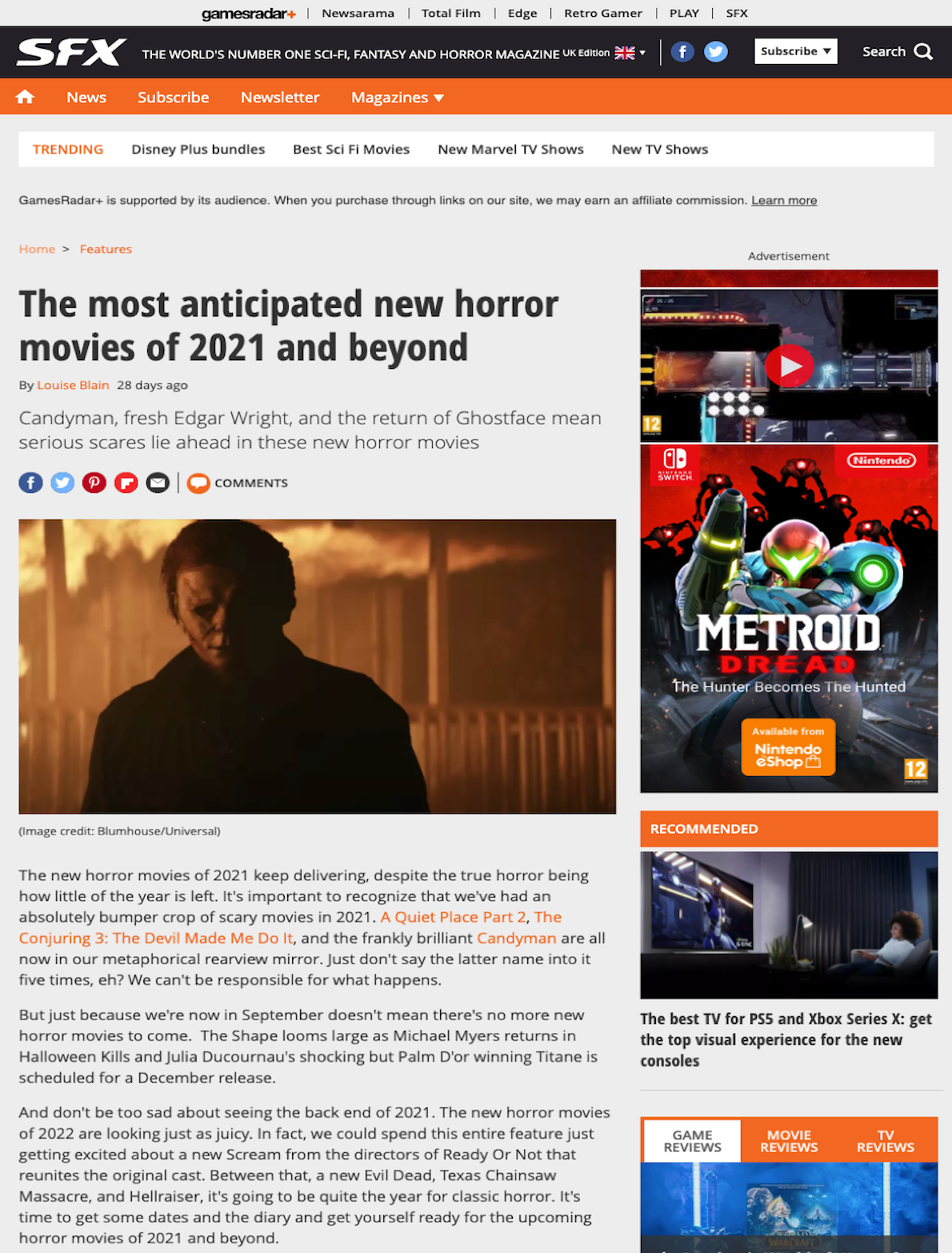 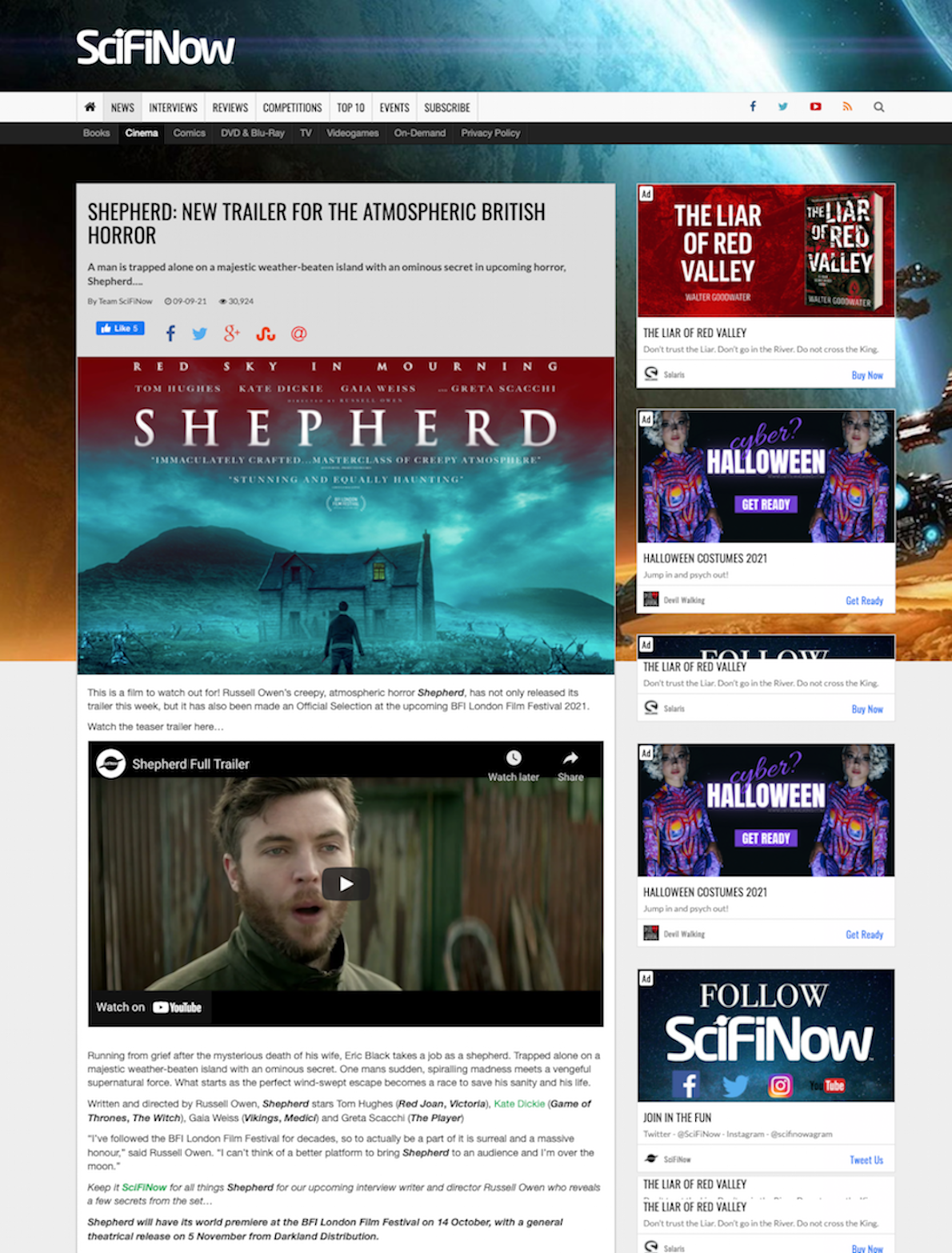 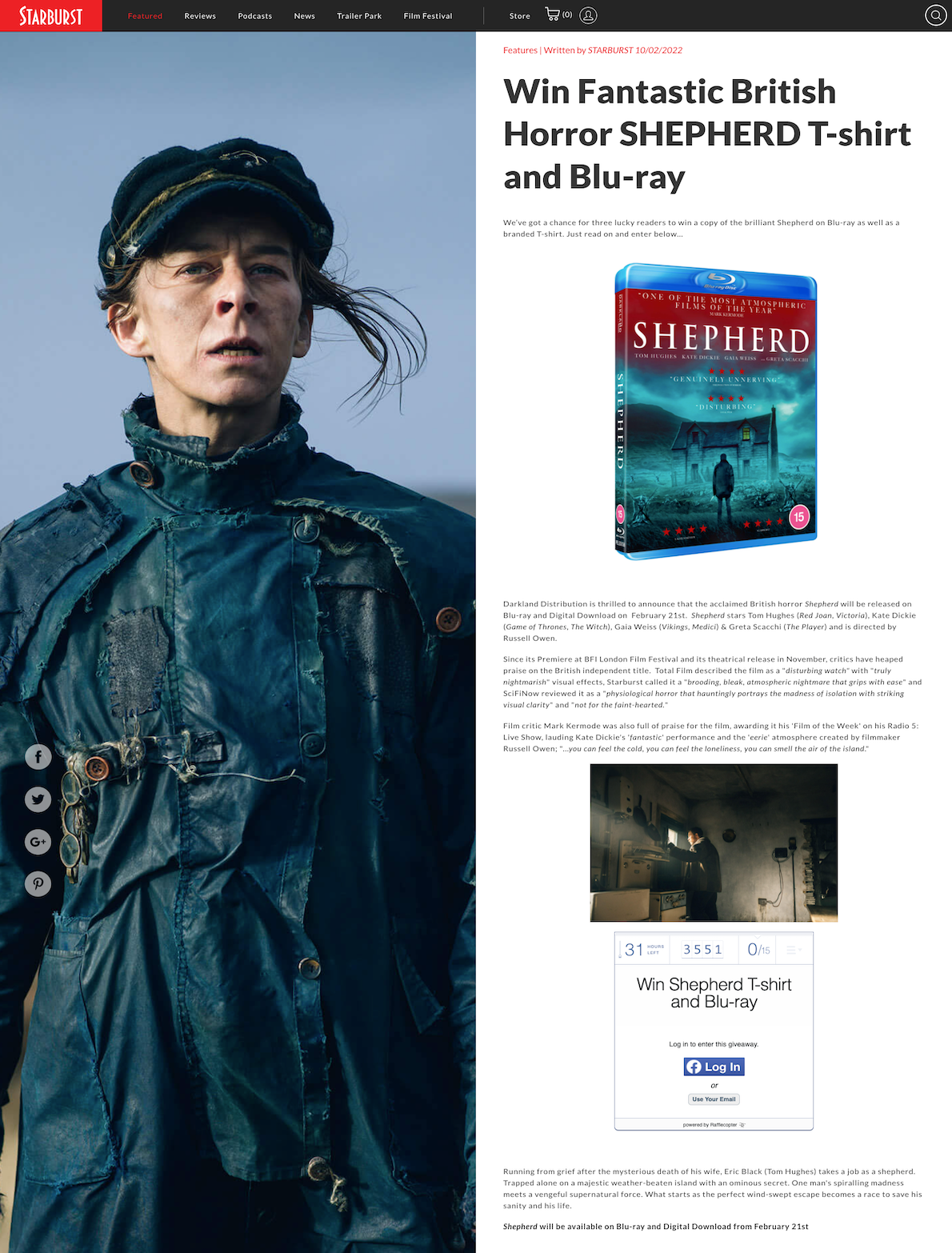 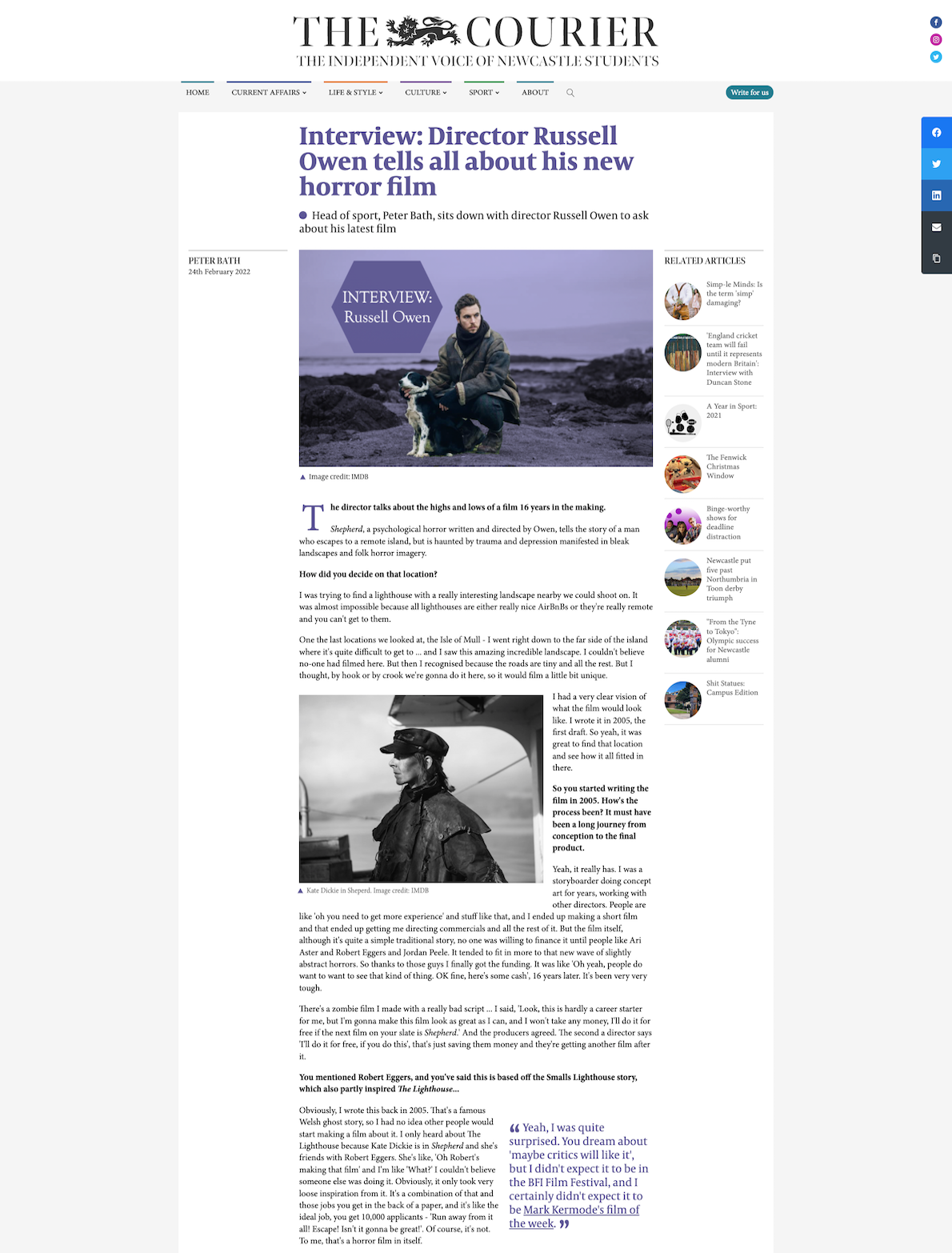 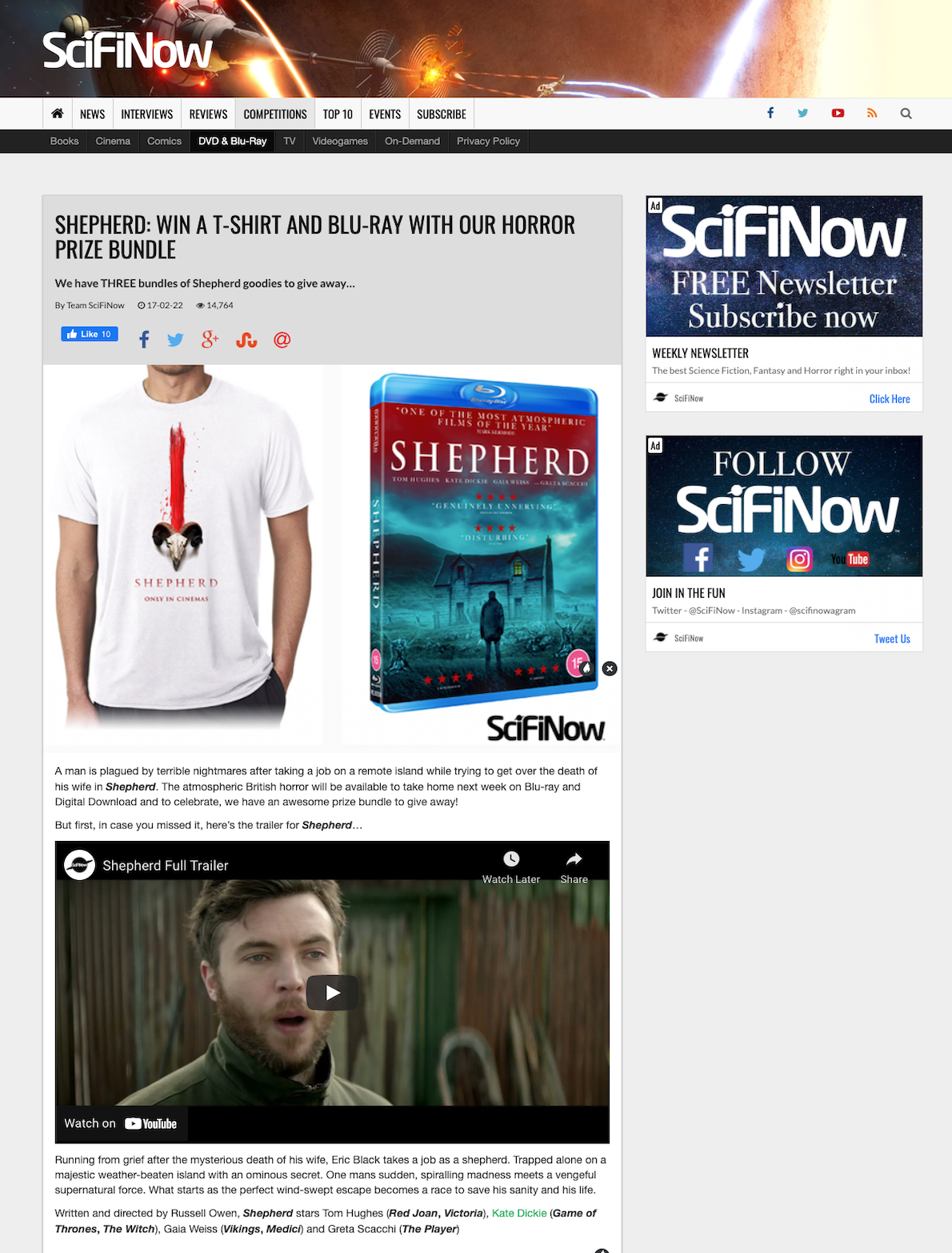