An inspiring documentary, Strike were brought in to promote the Skid Row Marathon’s One-Night-Only UK Theatrical launch in 110 cinemas. Despite being brought on at the last minute, Strike achieved over 80 pieces of coverage including a interview on BBC News Channel with Huw Edwards, a spread in the Guardian, the Big Issue as well as features in the Red Bulletin, Sunday Express and Huck.

Skid Row Marathon is the truly heart-warming and inspiring story of an unlikely group of individuals from LA’s Skid Row, an area well known for being impoverished and forgotten by society. The feature-length documentary focuses on the story of Los Angeles Superior Court Judge Craig Mitchell over a period of 4 years as he coaches a long-distance running club from the Midnight Mission on LA’s infamous Skid Row.

Using the liberating power of running, the marathon training raises the spirits of Skid Row’s inhabitants and gives them a sense of purpose and a new lease of life. If club members refrain from drug abuse, stay off the streets and out of prison, the Judge will take them around the world to run marathons. Directed by Mark Hayes, this moving film documents the runners as they fight the fierce pull of addiction and homelessness at every turn. It’s a story about second chances and overcoming obstacles. With the surge in numbers of rough sleepers in the UK in the past year, Skid Row Marathon acknowledges the devastating effects homelessness can have.  It showcases what the discipline of running and the power of friendship can do to change lives.

Skid Row Marathon was produced by Gabriele Hayes and Doug Blush. Blush is an award-winning producer, editor, and director who has worked on such films as 2018 Academy Award Best Documentary winner, Icarus, 2012 nominee, The Invisible War, and 2013 Oscar Winner, 20 Feet From Stardom. 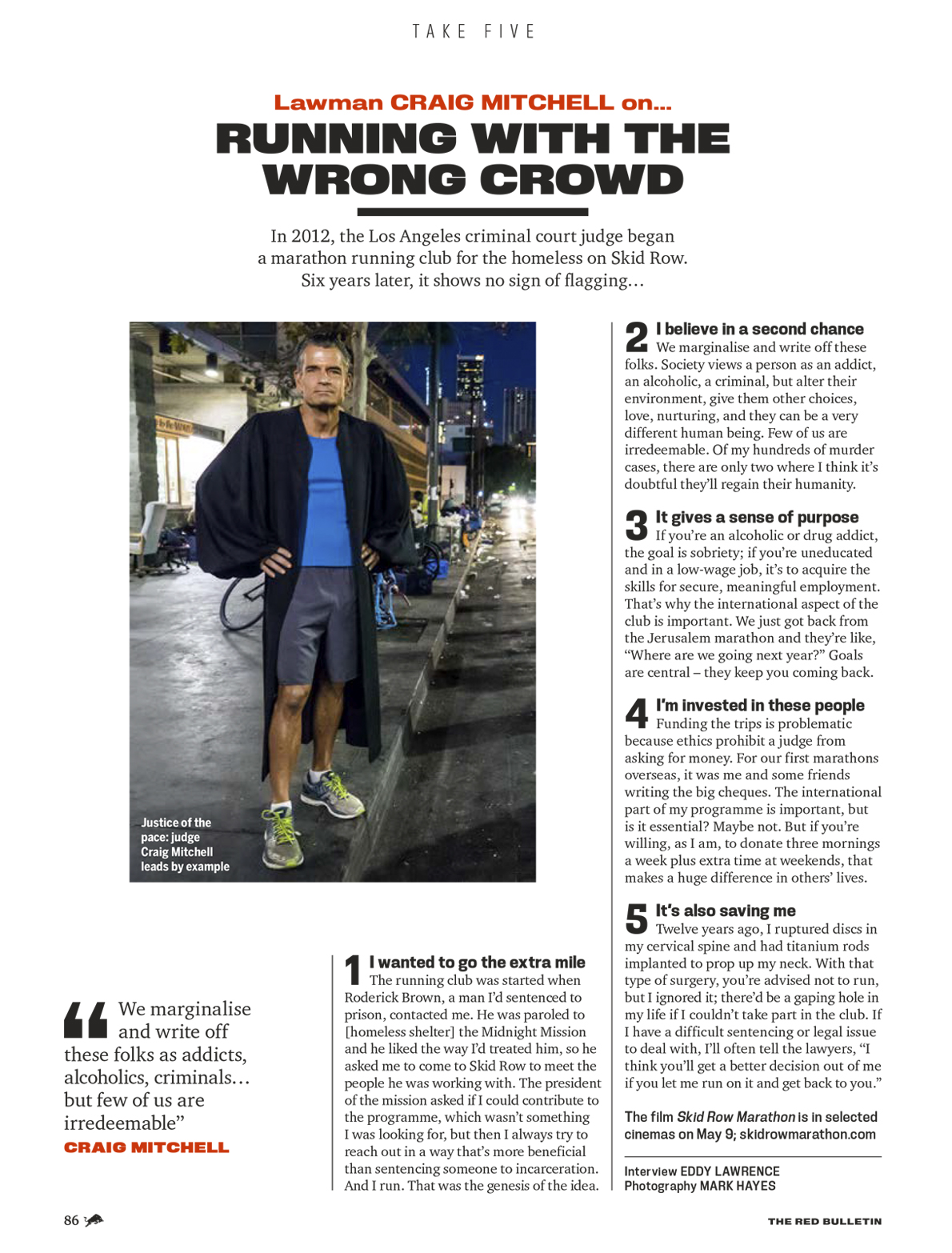 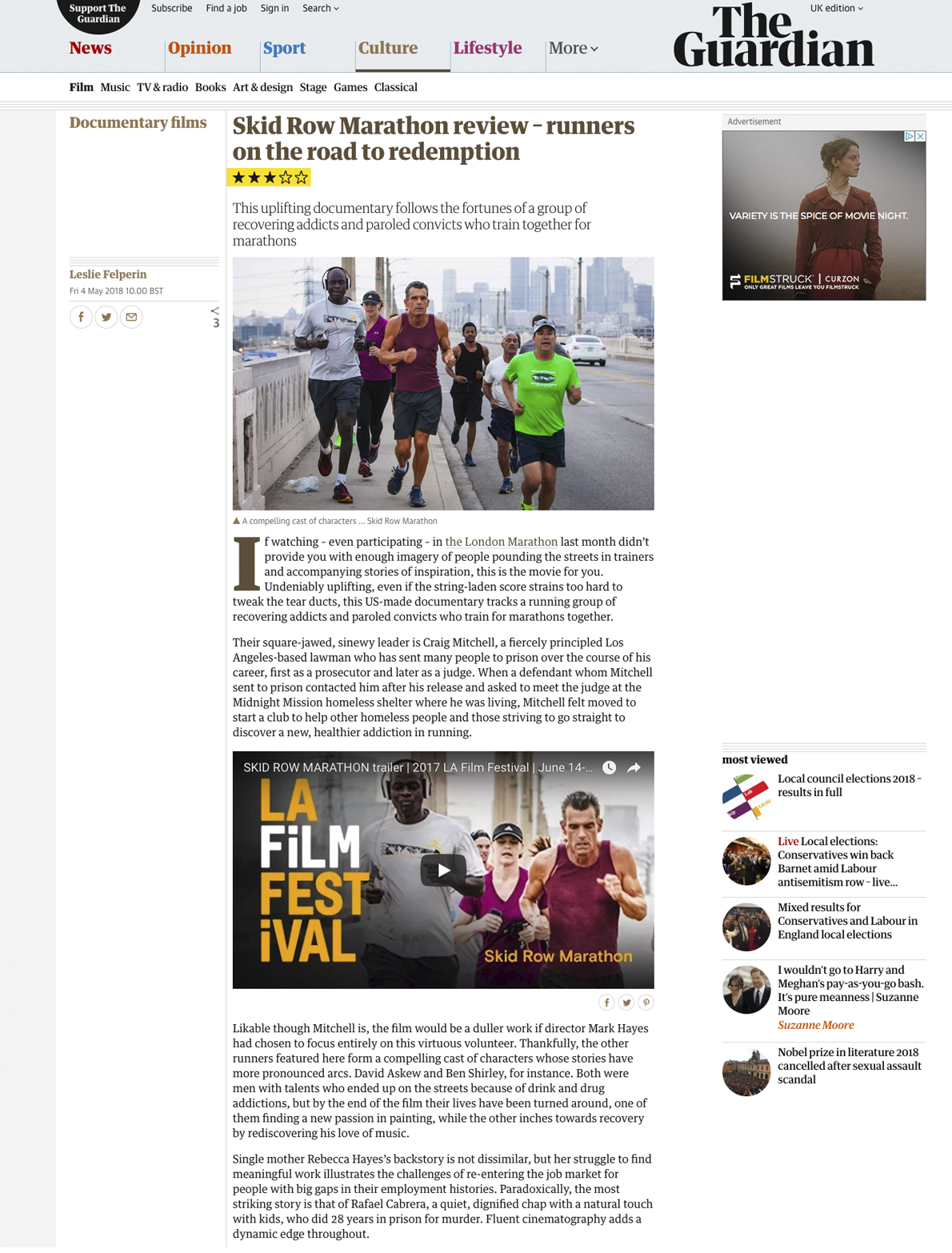 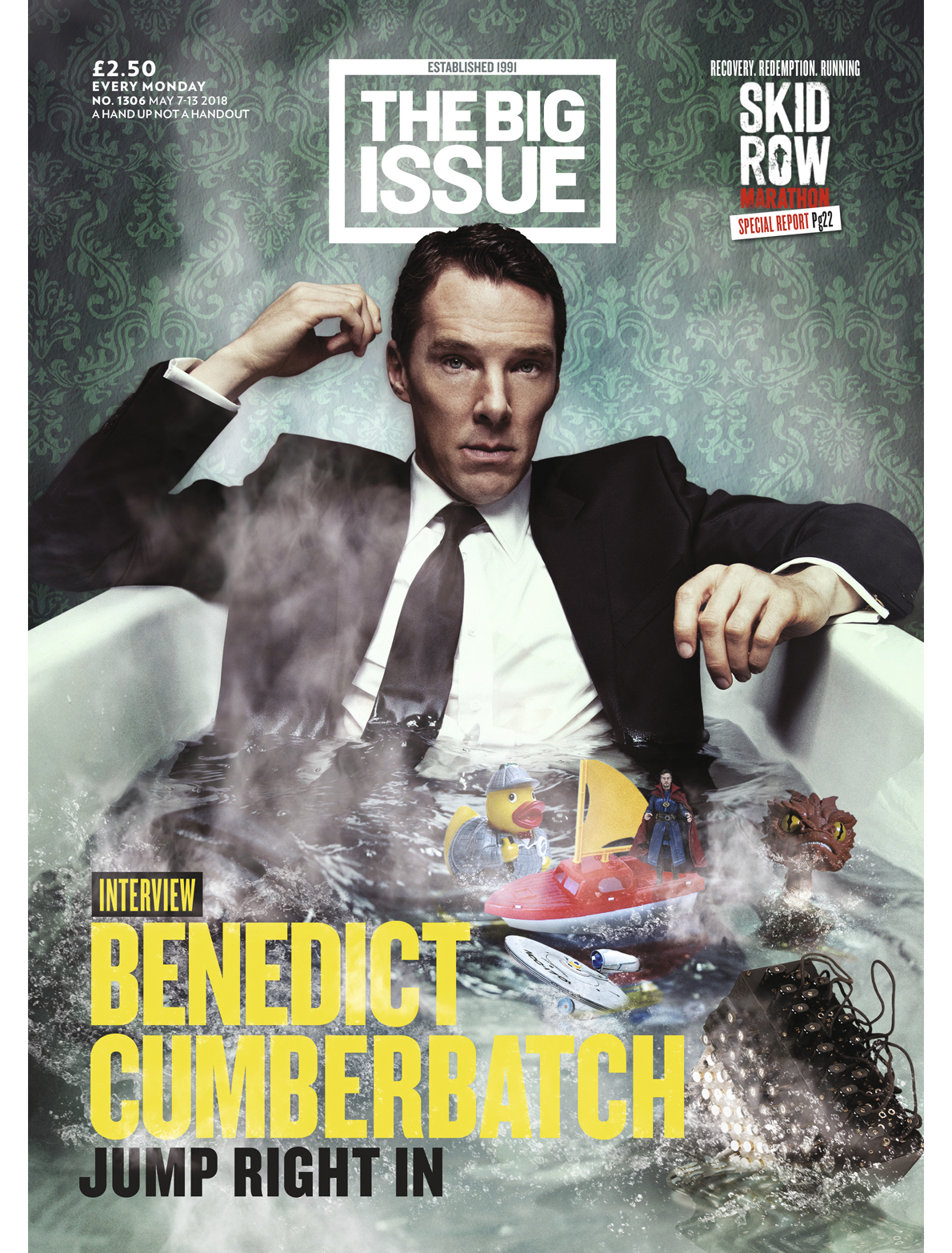 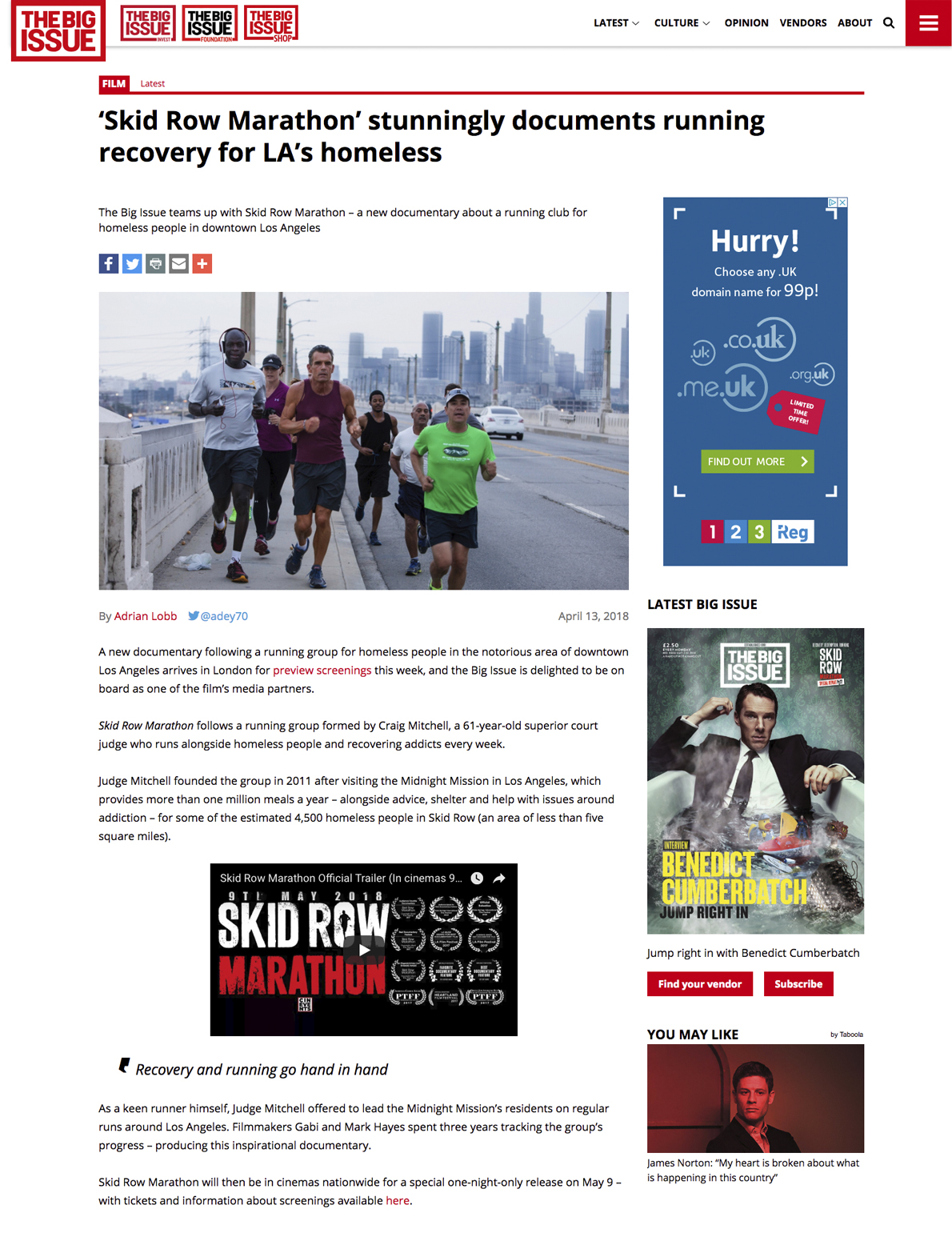 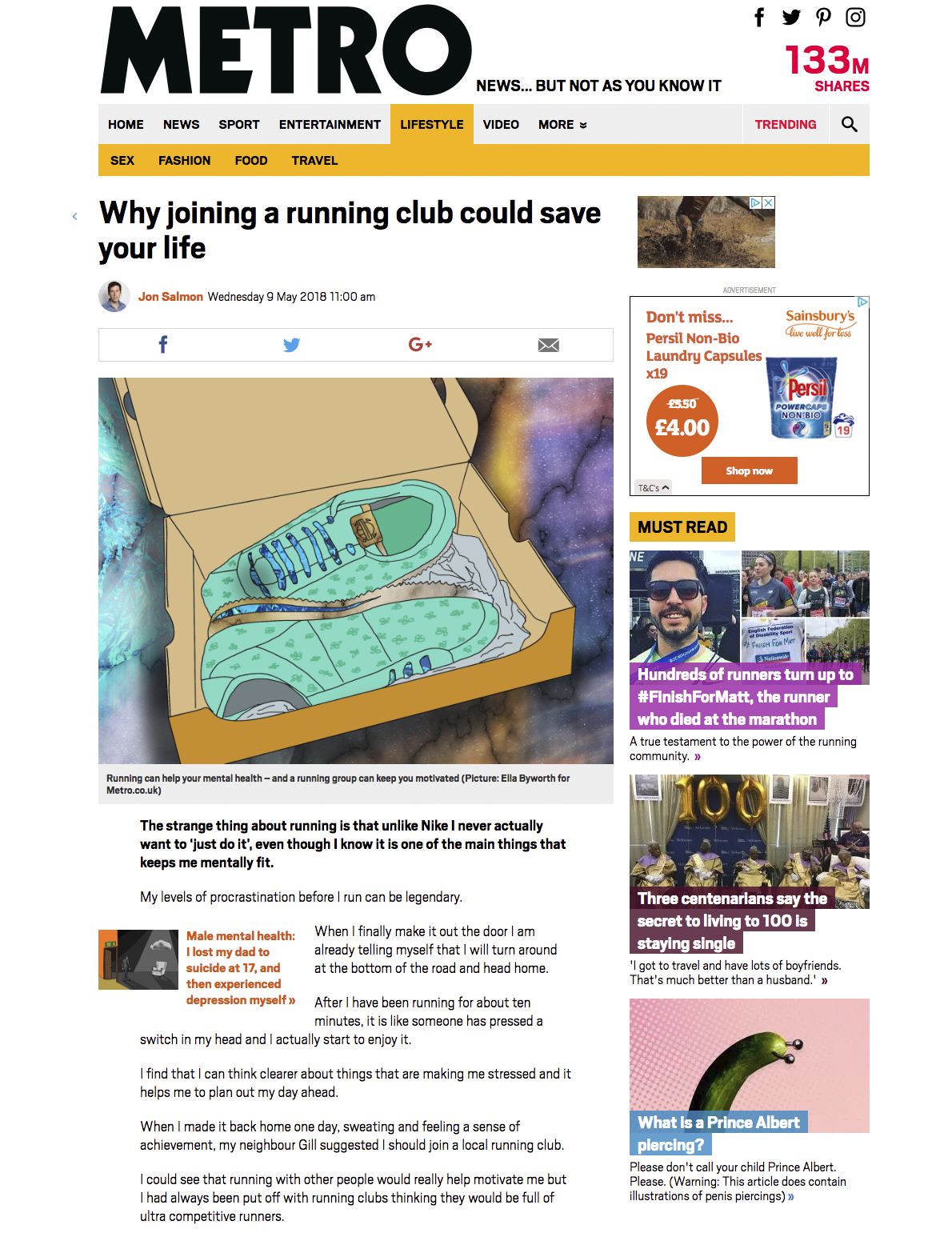 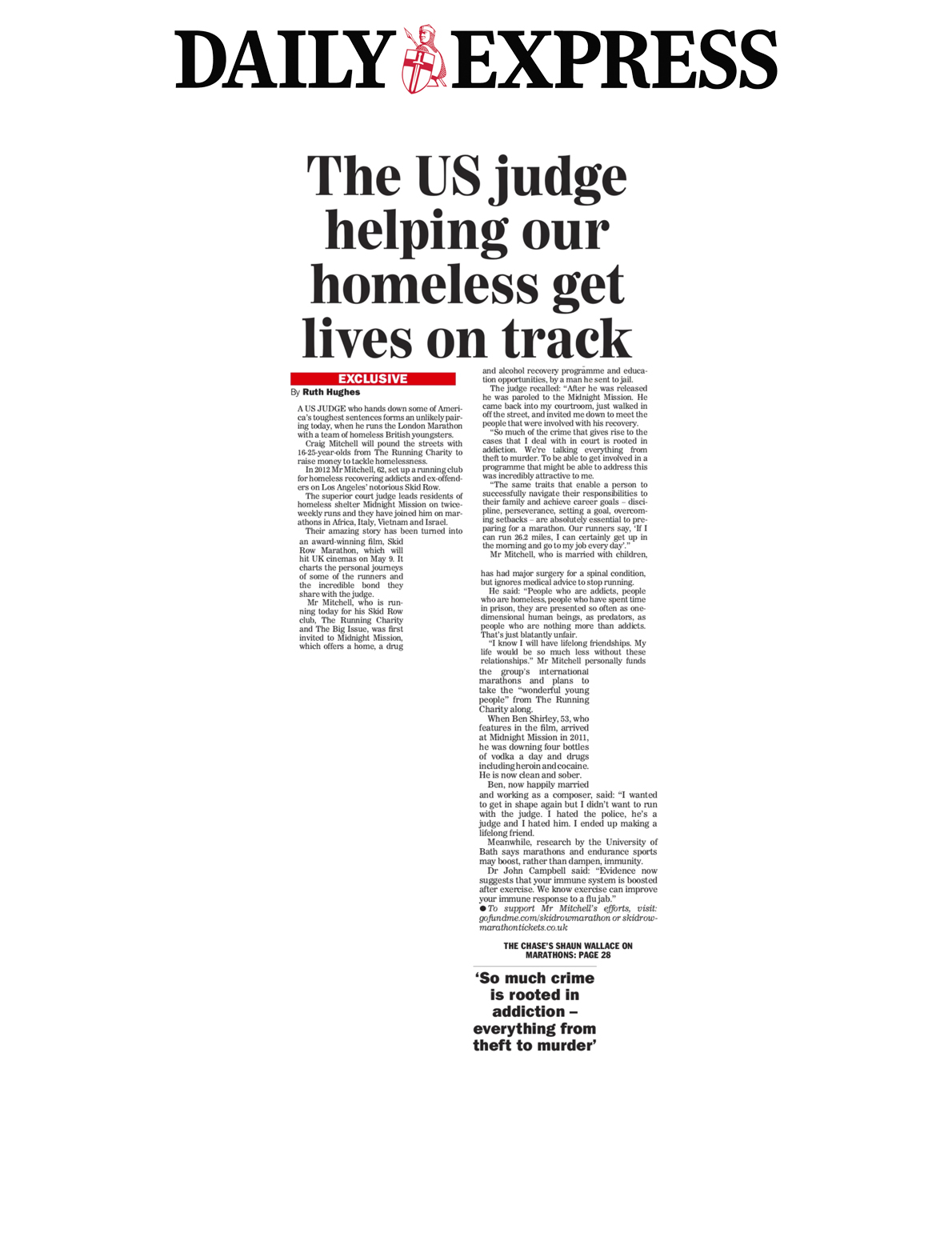