Strike Media were excited work with Lightbulb Films on their latest incredible title Storm Boy starring the incredible Geoffrey Rush. The film is available on Digital Download now, and we worked with lightbulb to bring attention to this heartwarming release! The film received an amazing critical response with the Times giving the film 4 stars and included it at number 2 in their top 10 new films to stream feature. We also secured print reviews with Morning Star, the Daily Star Sunday & Sunday Independent as well as a number of key high profile online sites.

When Michael Kingley (Rush), a retired businessman, sees images from his past that he can’t explain, he is forced to recall his childhood memories and how, as a boy, he rescued and raised an orphaned pelican, Mr Percival. 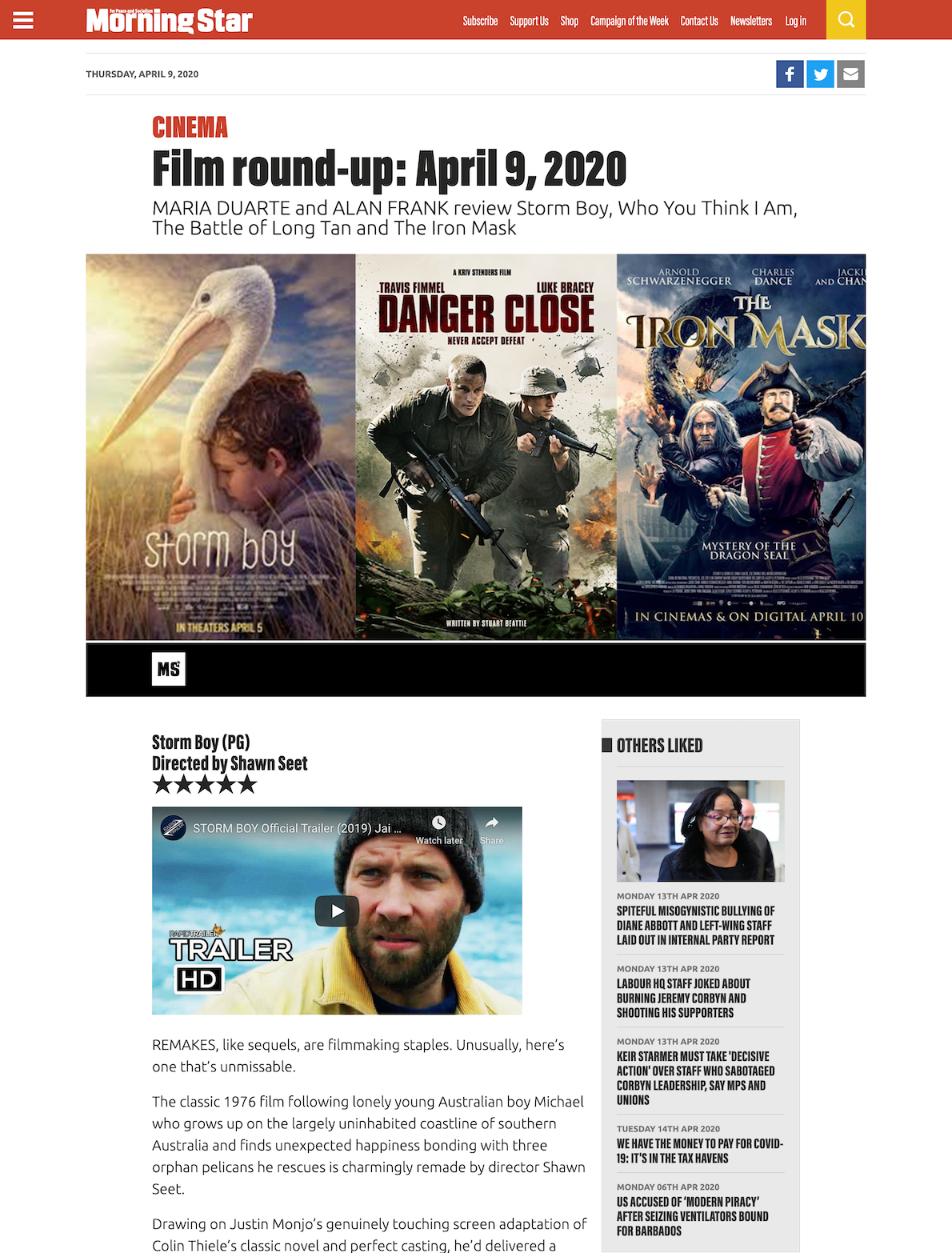 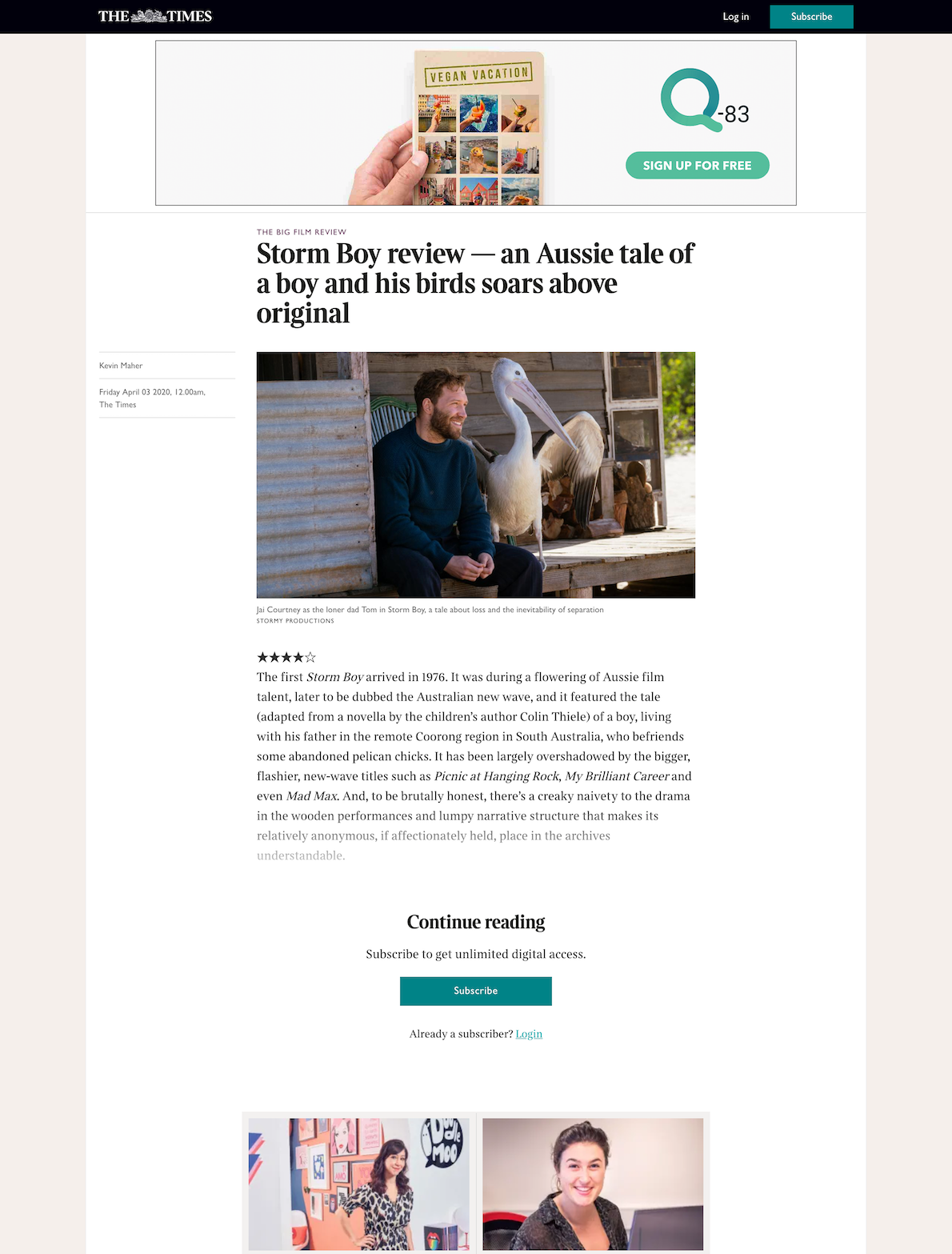 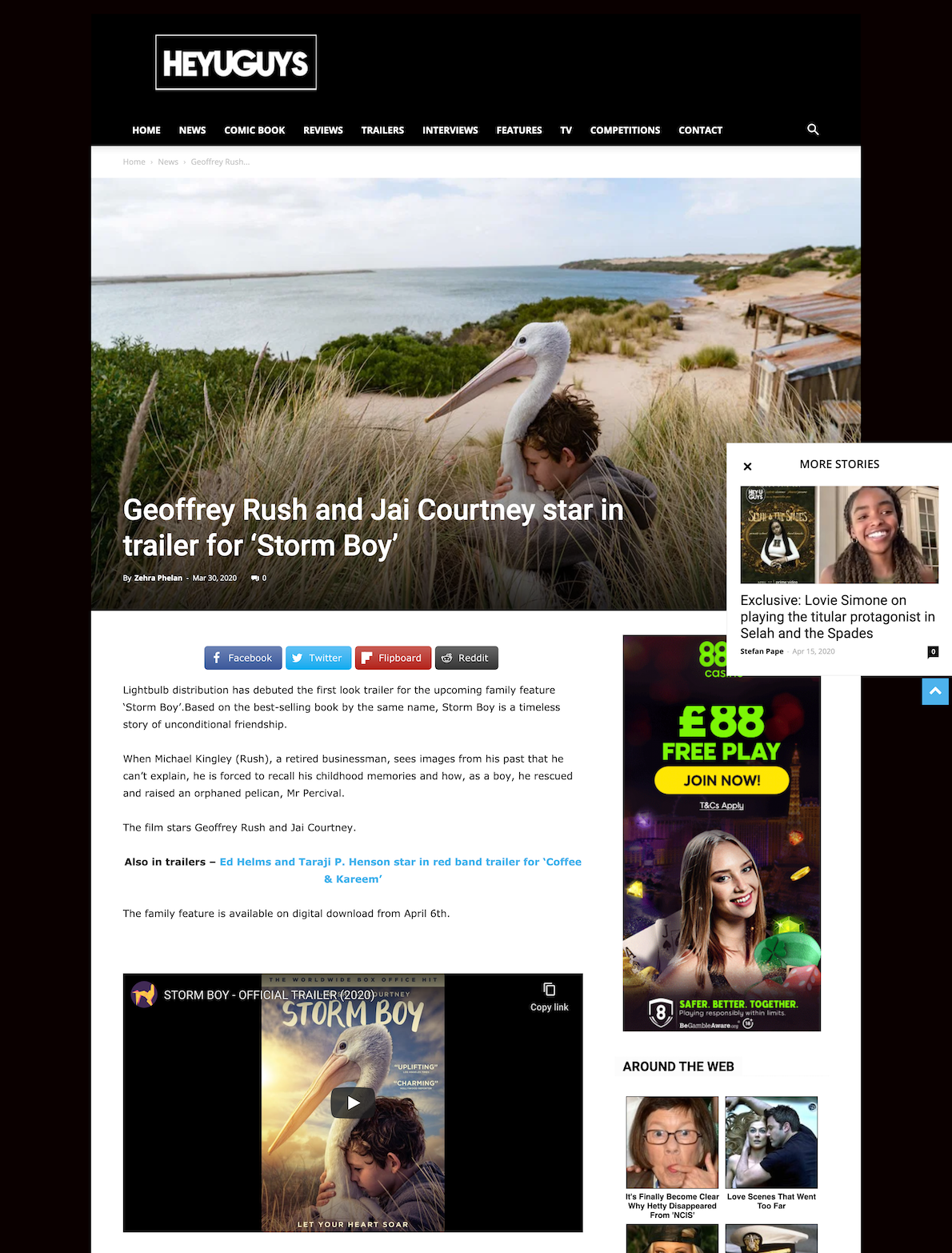