Strike managed the publicity for the inaugural TEDxSoho event on May 30th 2022. The event, created by Sam Orams, who previously staged successful TEDx events in Brighton, will be held at The Cambridge Theatre, WC2H, with tickets on sale now.

Award-winning comedy writer Danny Robins will be hosting the event. Robins recently received critical acclaim for his 2:22 which was nominated for Best New Play at the Olivier awards, he is the creator of the World’s #1 Drama Podcast, The Battersea Poltergeist.

TEDxSoho will celebrate the people and organisations who dare to dream AND have the strength, skill and resolve to take action, beat a new path and make ‘better’ a reality.

Representing the people, work, creativity and culture behind London’s most colourful and infamous district, home to the UK’s performance, media and creative industries, TEDxSoho will consist of a carefully curated program of short inspirational talks up to 15 minutes in length. Set to bring to the stage innovators, leaders, mavericks, creatives and groundbreakers, from Soho and beyond, who have chosen to rewrite the rules, throw away the book and set their sights on a brighter future.

King of both stage and screen, acting legend Michael Sheen will be taking part virtually by means of a pre-recorded TED Talk, exclusively for TEDxSoho, about levelling the cultural playing field. Known for his roles in Oscar-nominated projects such as The Queen and Frost/Nixon, Sheen has also conquered the small screen, most recently in Amazon Prime’s hit TV series Good Omens.

Also, excited to speak about his journey and experiences at the event is Ray Panthaki. Previously a BAFTA Breakthrough Brit, he was recently Nominated for Best Supporting Actor at the BIFAs for his performance in the critically acclaimed Boiling Point.

Guests will also be treated to a number of special live performances including one from BRIT and Ivor Novello award-winning singer-songwriter Tom Odell. Odell’s debut album Long Way Down flew to the top of the UK album charts and was followed by 3 more top 5 albums. He recently released his new single “Best Day Of My Life” from his eagerly anticipated 5th studio album which is due for release later this year.

In addtion to these incredible talents, there will be talks from the International Editor of Variety, Manori Ravindran whilst author and computational biologist, austism advocate and winer of the 2020 Science Book Award, Dr. Camilla Pang, will be talking about her life and research plus Ex-Razorlight guitarist David Ellis will be performing exclusive new music at the event.

Karl Lokko, a former gang leader turned activist, poet, public speaker, adventurer and personal advisor to HRH Prince Harry has also been confirmed. Having grown up on the gang-ridden Myatts Field estate, Karl saw his first shooting at the age of 12 and went on to be shot at, stabbed, cut in the face and witness to his close friends’ murders. It wasn’t until the intervention of a Church-run anti-youth violence project that Karl was able to denounce his gang involvement and turn his life around.

Prof. Katy Shaw attends to discuss the levelling up of culture in the North. Most recently, she is the author of the Case for Culture: the APPG Northern Culture inquiry report into post-covid cultural recovery and is researcher in residence on the Michael Sheen, Mirror, New Statesman and Joseph Rowntree project, A Writing Chance. Prof Shaw leads research into twenty-first century writings at Northumbria University.

Paulo De Tarso, founder of Margot and celebrity restauranter, has confirmed his attendance along with author and journalist Janet Wang who will be discussing why Chinese wine is not readily found on the menu and how it will soon be having it’s renaissance.

Finally, Aindrea Emelife, a 26-year-old art critic, independent curator, art historian and presenter from London. A ground-breaking new voice in an art world otherwise steeped in tradition Aindrea debuted her first column for the Financial Times aged 20 years old, and has been published widely and internationally, including articles in The Guardian, Vanity Fair, The Telegraph, BBC, GQ, Frieze, The Independent, BBC and ArtNet.

If the past couple of years have taught us anything it’s that life is no rehearsal. Everywhere you look rapid change is taking place and now as never before we have a need for new thinking, tough decision-makers and rapid action.

The day will be divided into hour-long sections, interspersed with music and performances and punctuated with regular breaks, giving speakers and delegates many opportunities to network. TEDx is a global phenomenon, with events happening all over the world. Join us, become part of the global TED community and help make this event one to remember.

TEDxSoho took place at the Cambridge Theatre on 30th May 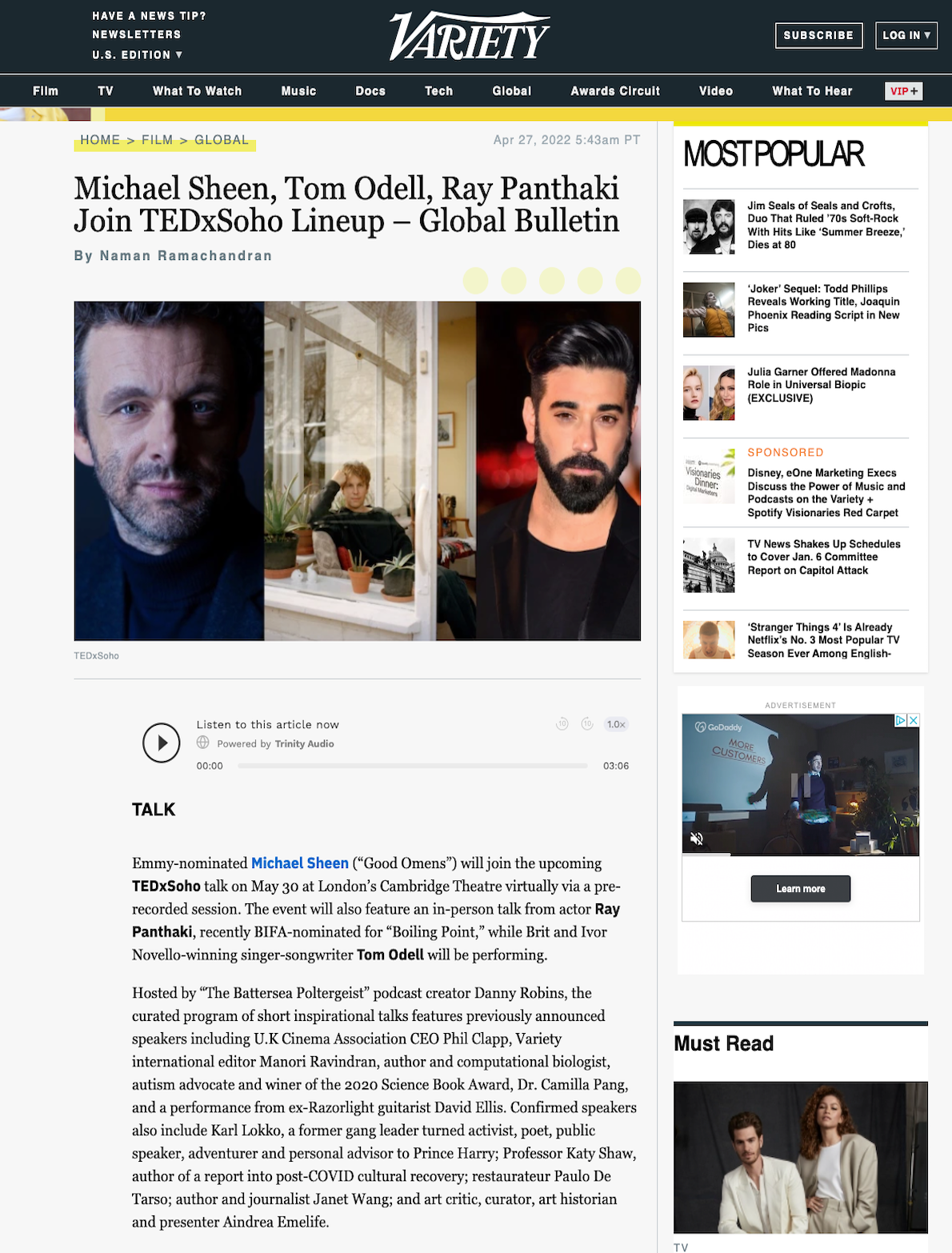 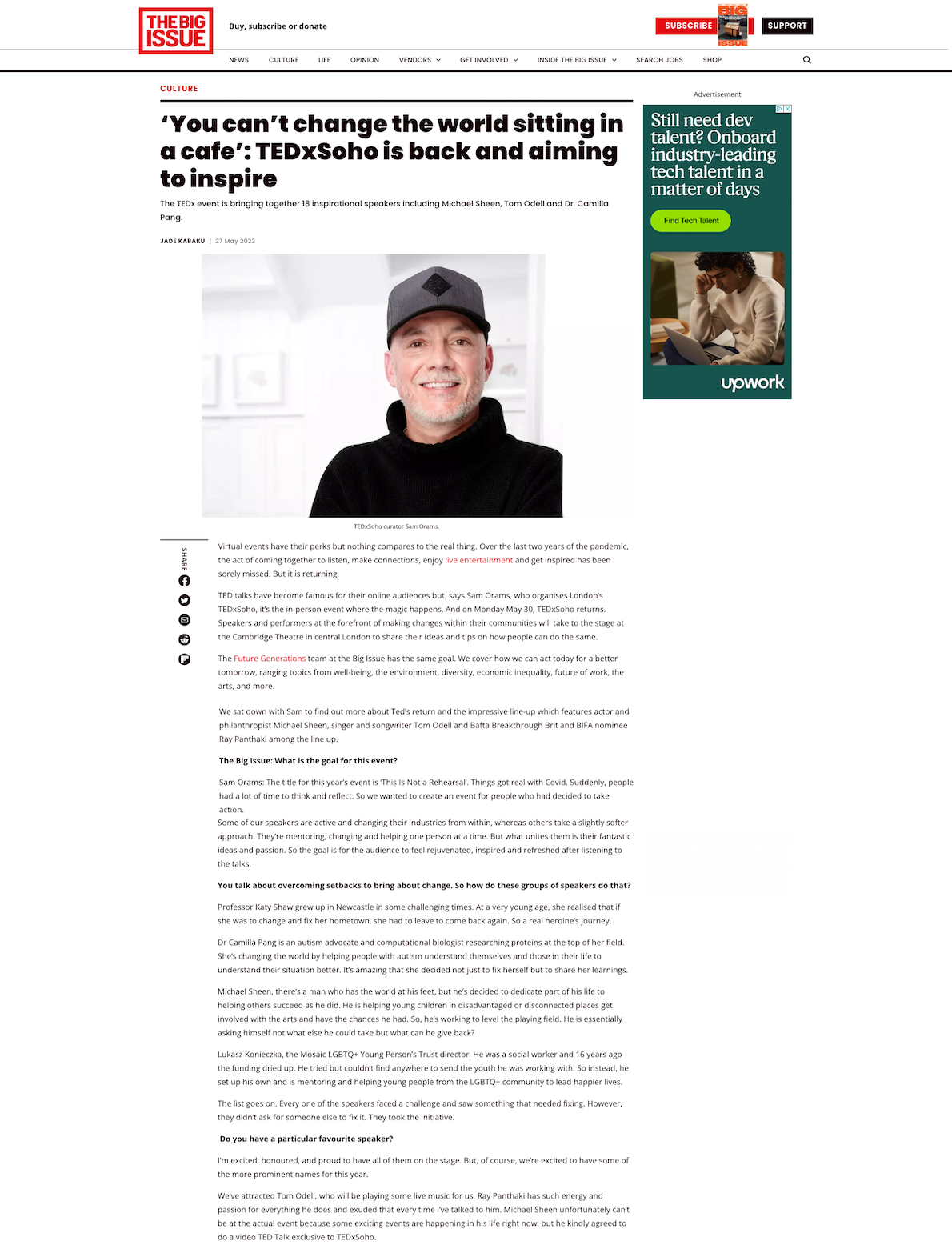 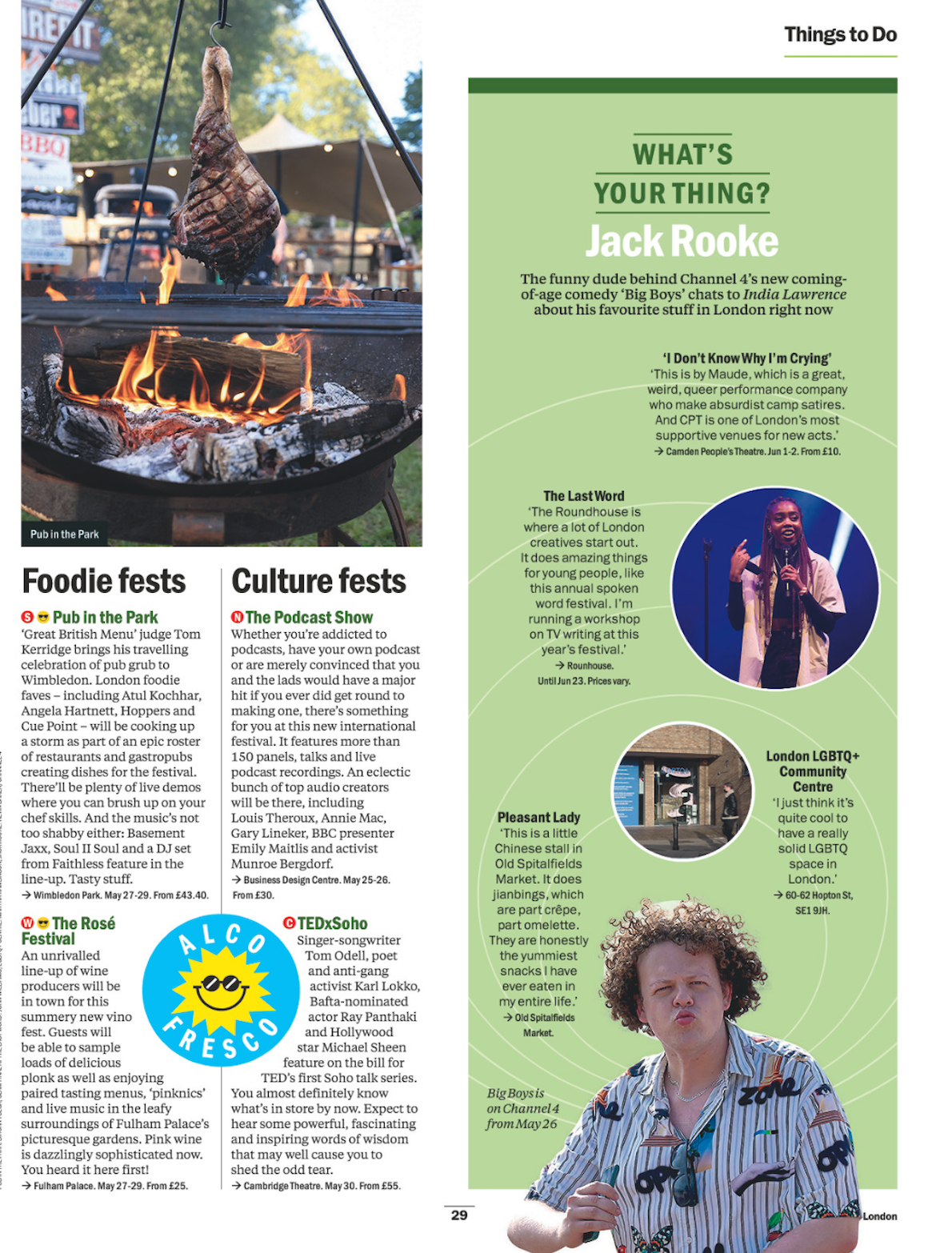