As a part of the PR campaign, we worked with Marina Sirtis to secure top tier press to boost awareness of the film. Marina was featured in the Sunday Express and Film Stories.

In terms of coverage for the film, we were also able to secure reviews across, The Guardian, Express, Star, Mirror and Press Association (Dozens of Regional Newspapers).

Plato runs the Bezonians Social Club in North London, where generations of Greek immigrants have gambled away their savings and partied over the decades. When Plato (Karras) makes the mistake of playing poker with devious bombshell Lola (Brabin-Platt), the fate of the club—as well as his very life—is threatened. Only the suave Achilles (Michael), bruiser Costas (Peter Polycarpou), hardhead Buster (Nicky B), wily Mike (Chris Tummings) and sweet Anthony (Jamie Crew) will stand by Plato as he faces an intimidating threat from Lola’s boyfriend—the consciousless Willard Greb (Jones). 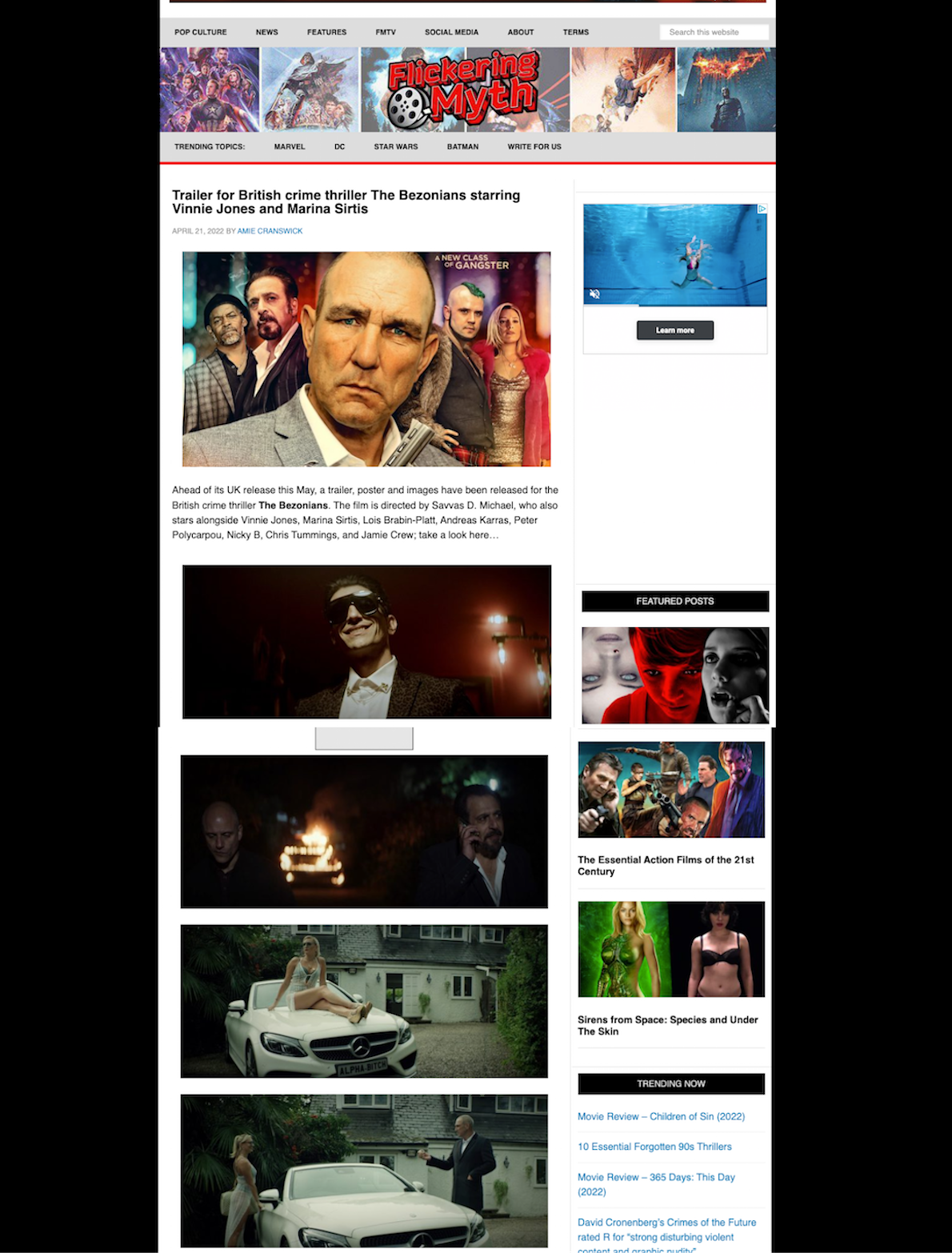 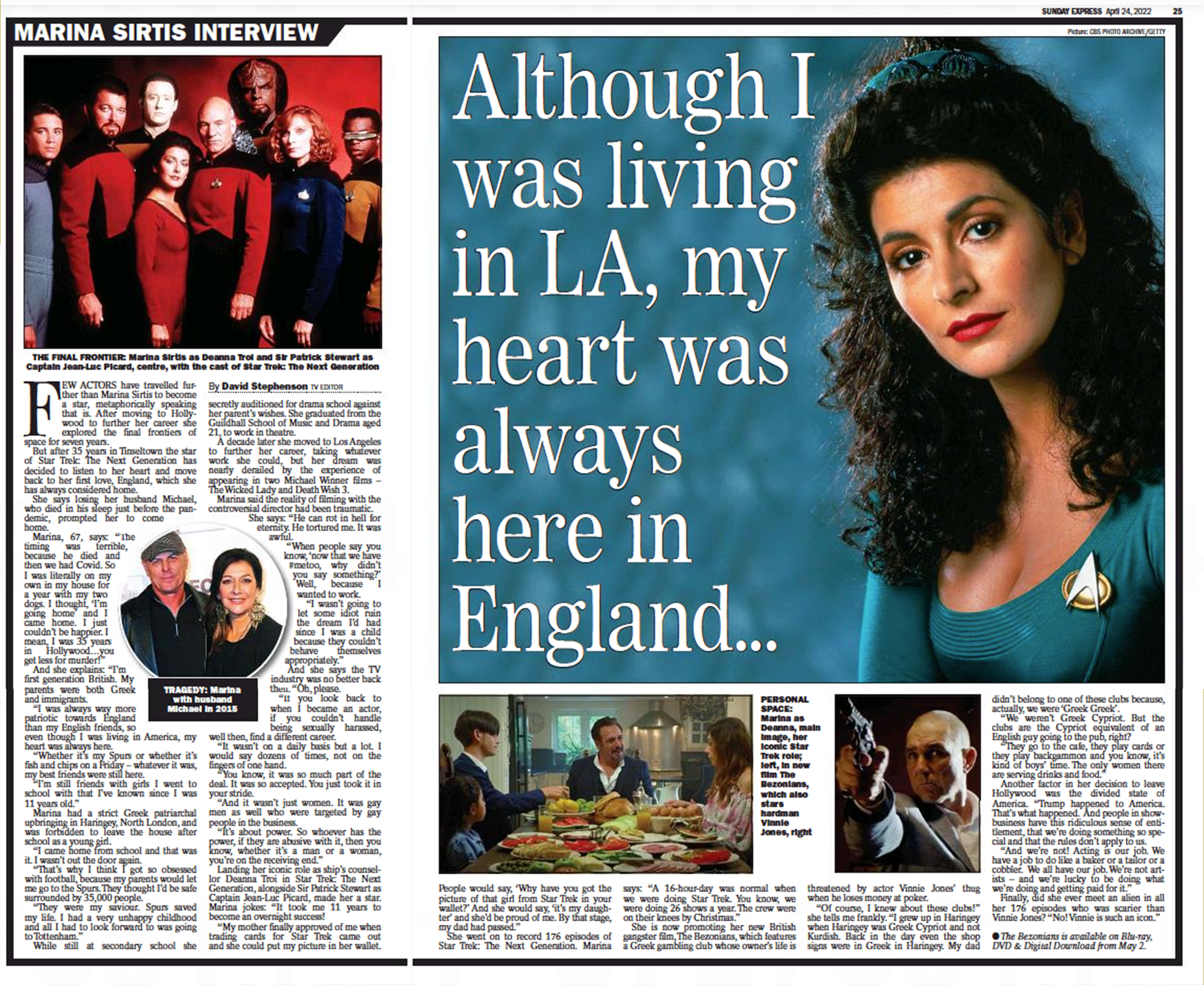 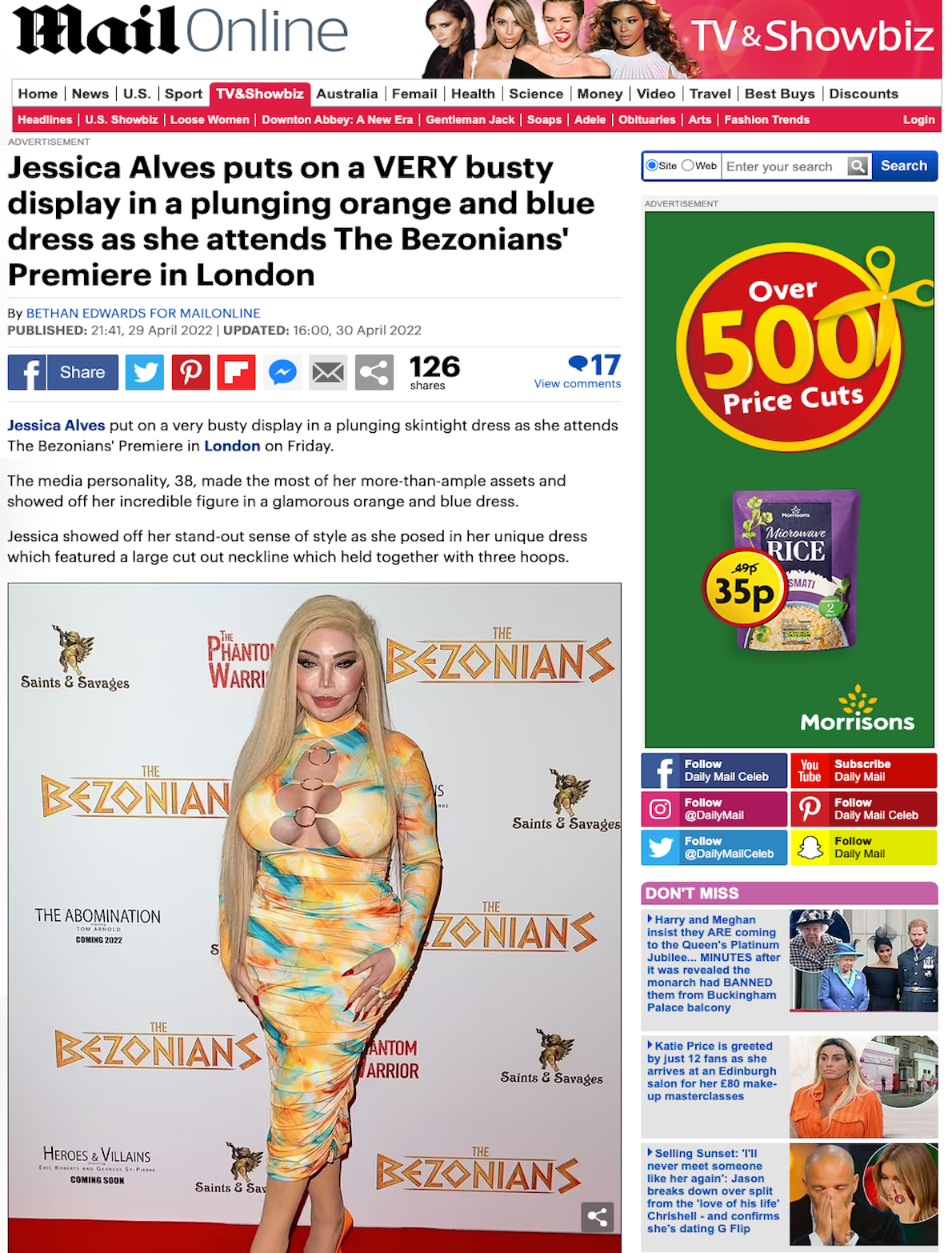 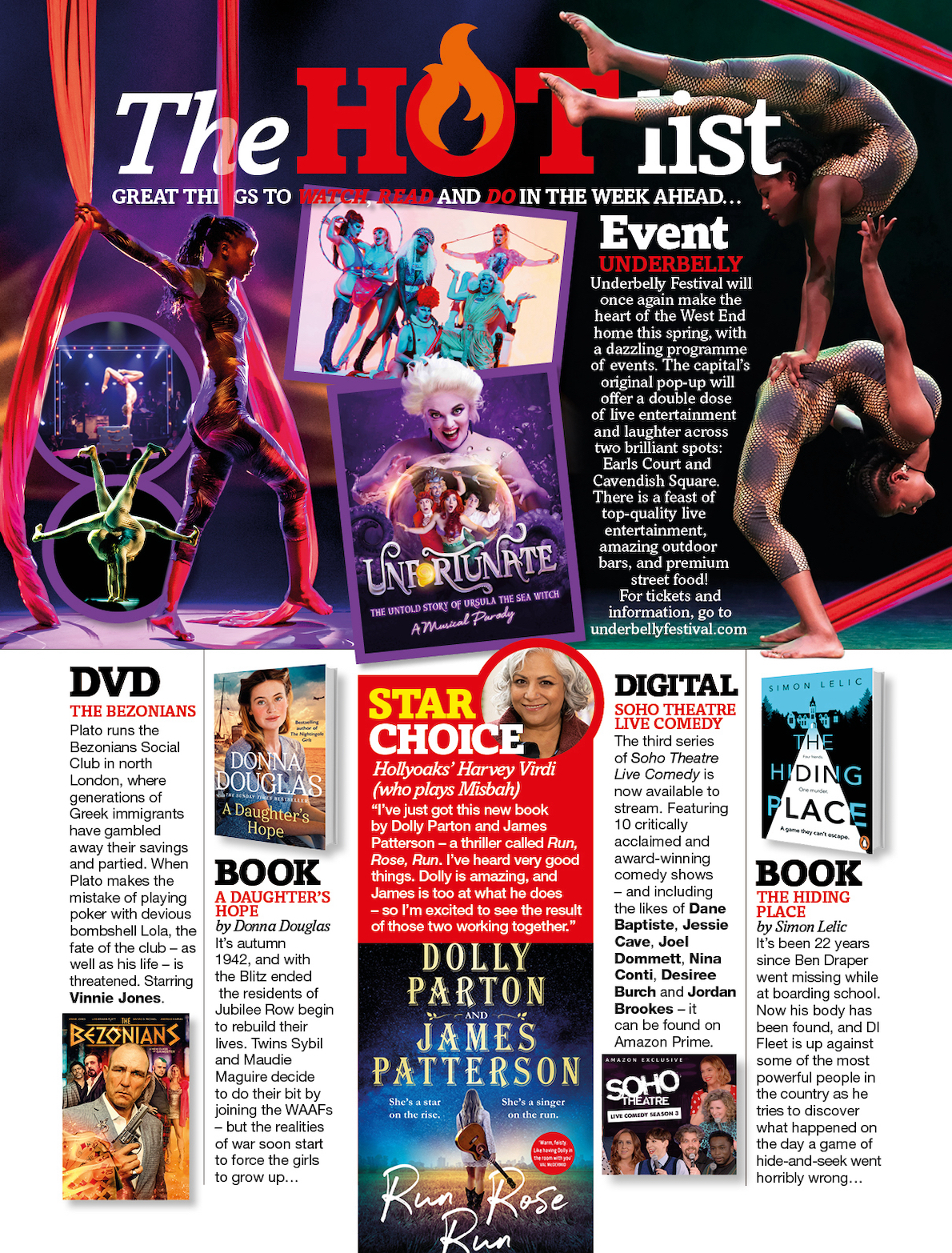 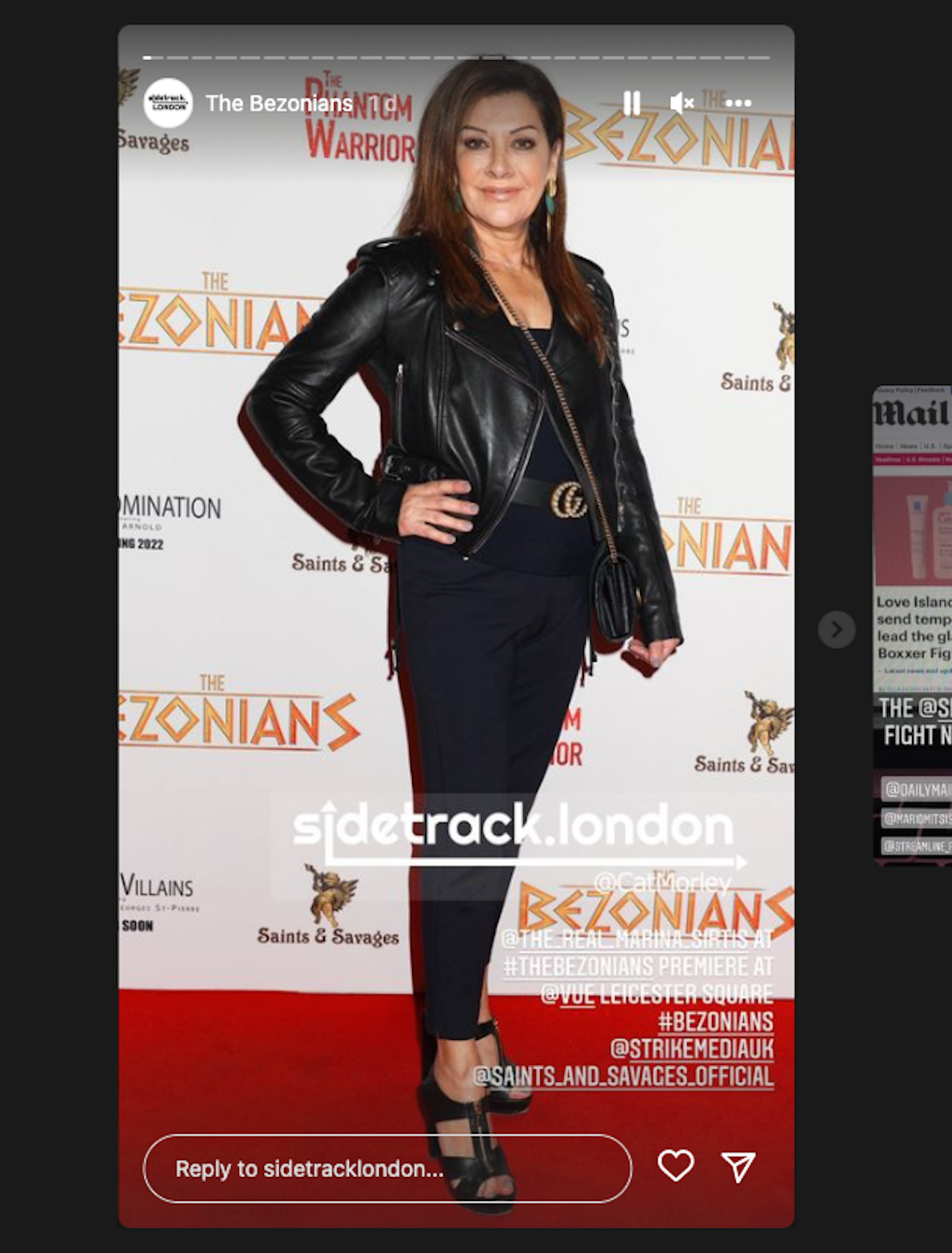 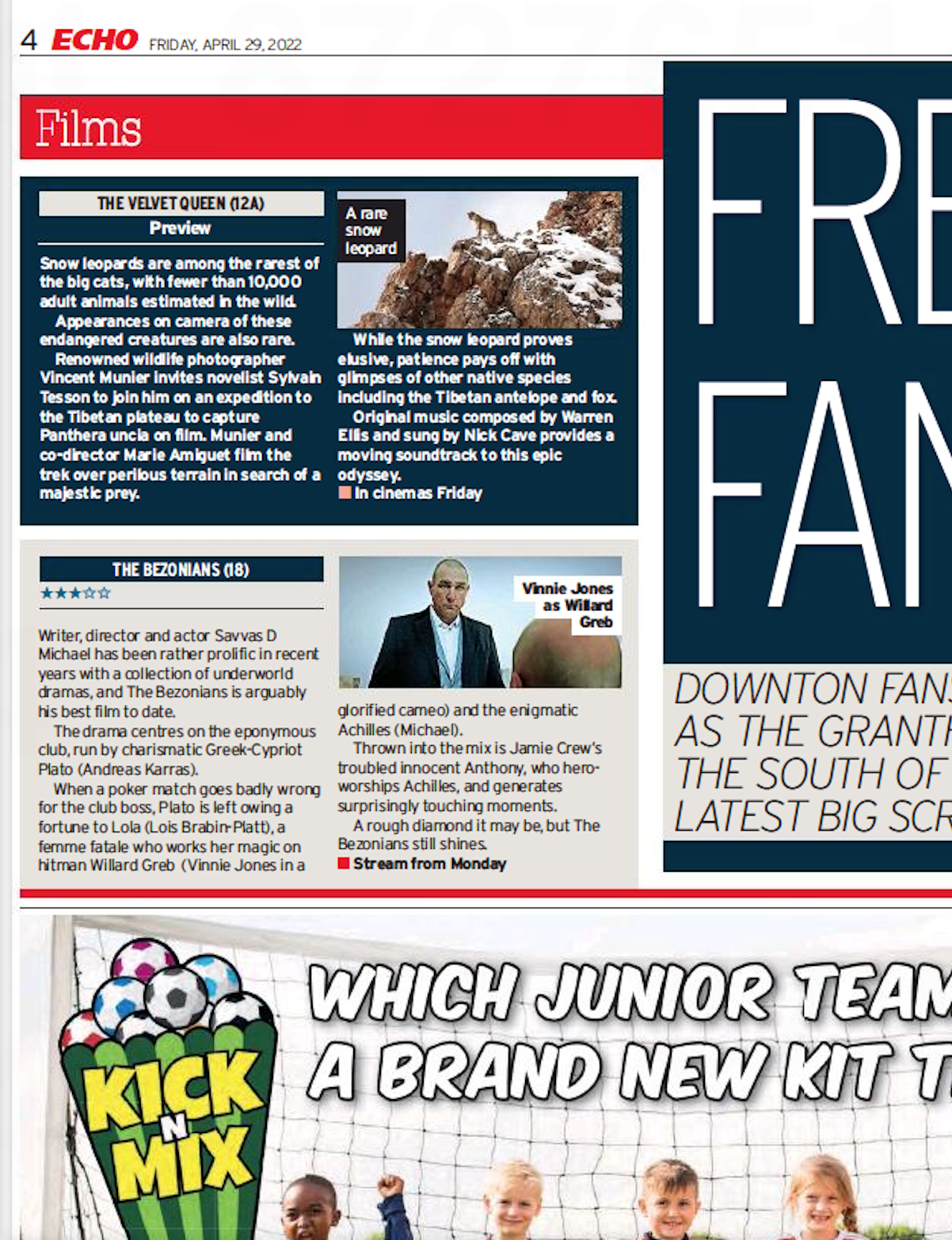