Strike Media were thrilled to be manage the publicity for the queer chilling slow burning period horror, The Last Thing Mary Saw. We had previously been brought on board to work on the film in 2021, when we managed the film’s festival publicity. This film had screened at Fantasia and also Frightfest and we were able to secure a good number of interviews and positive awareness of the film.

Following its festival successes, the film was acquired by the premium horror streaming platform, Shudder, where it is currently streaming exclusively. We were delighted to be able to work with Shudder for the first time as we were brought on board to continue to manage the film’s publicity ahead of it the film’s January launch on the platform.

Strike were able to secure a number of strong reviews for the film, interviews, news pieces and trailer seeds, numbering over 80 pieces of unique coverage. Key coverage included DIVA Magazine, The Guardian, CNET, Mashable, GeekTyrant, Flickering Myth and over a dozen different UK based horror outlets.

Southold, New York, 1843: Young Mary (Scott), blood trickling from behind the blindfold tied around her eyes, is interrogated about the events surrounding her grandmother’s death. As the story jumps back in time, we witness Mary, raised in a repressively religious household, finding fleeting happiness in the arms of Eleanor (Fuhrman), the home’s maid. Her family, who believe they are seeing, speaking, and acting on God’s behalf, view the girls’ relationship as an abomination, to be dealt with as severely as possible. The couple attempt to carry on in secret, but someone is always watching, or listening, and the wages of perceived sin threaten to become death, with the tension only heightened by the arrival of an enigmatic stranger (Culkin) and the revelation of greater forces at work. 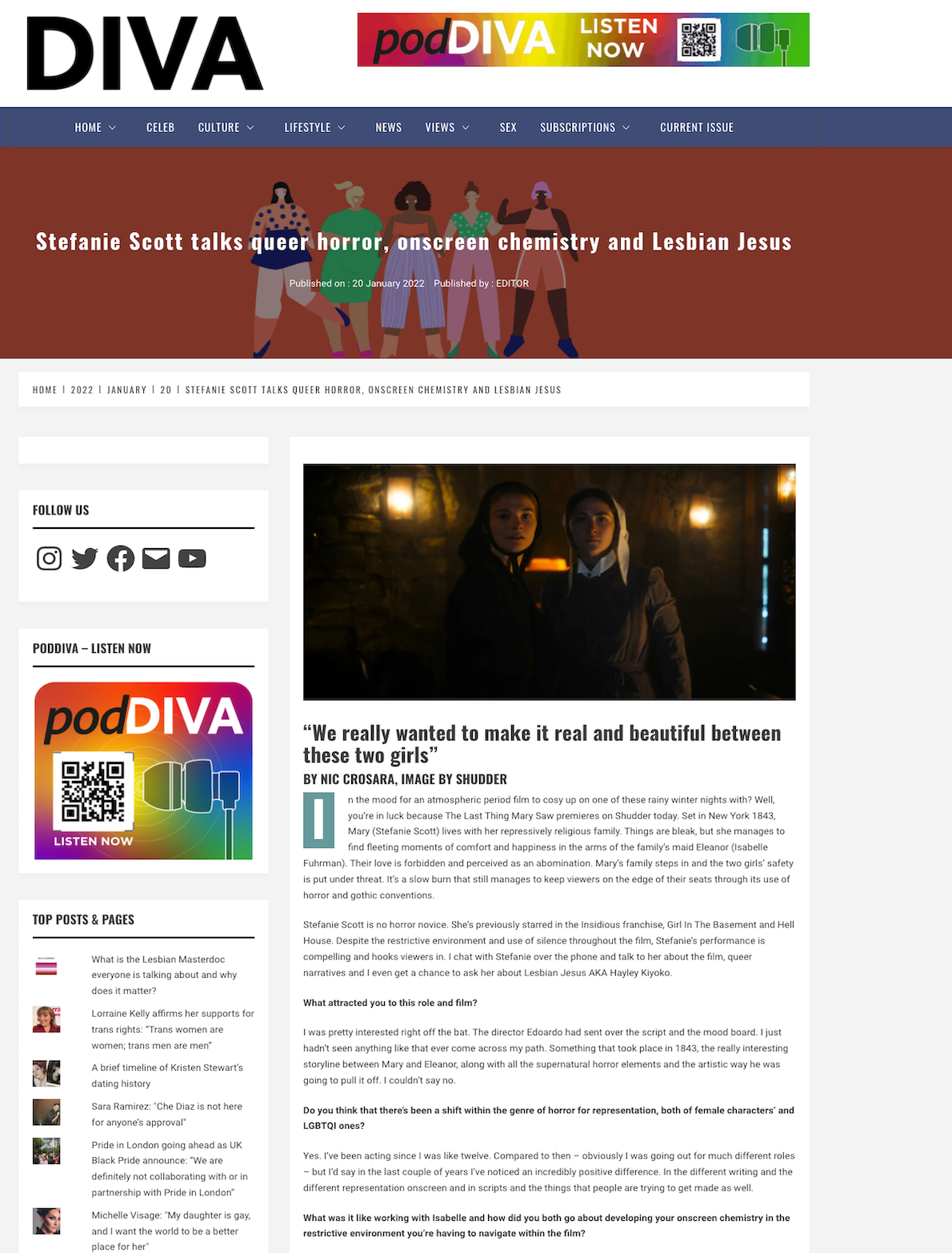 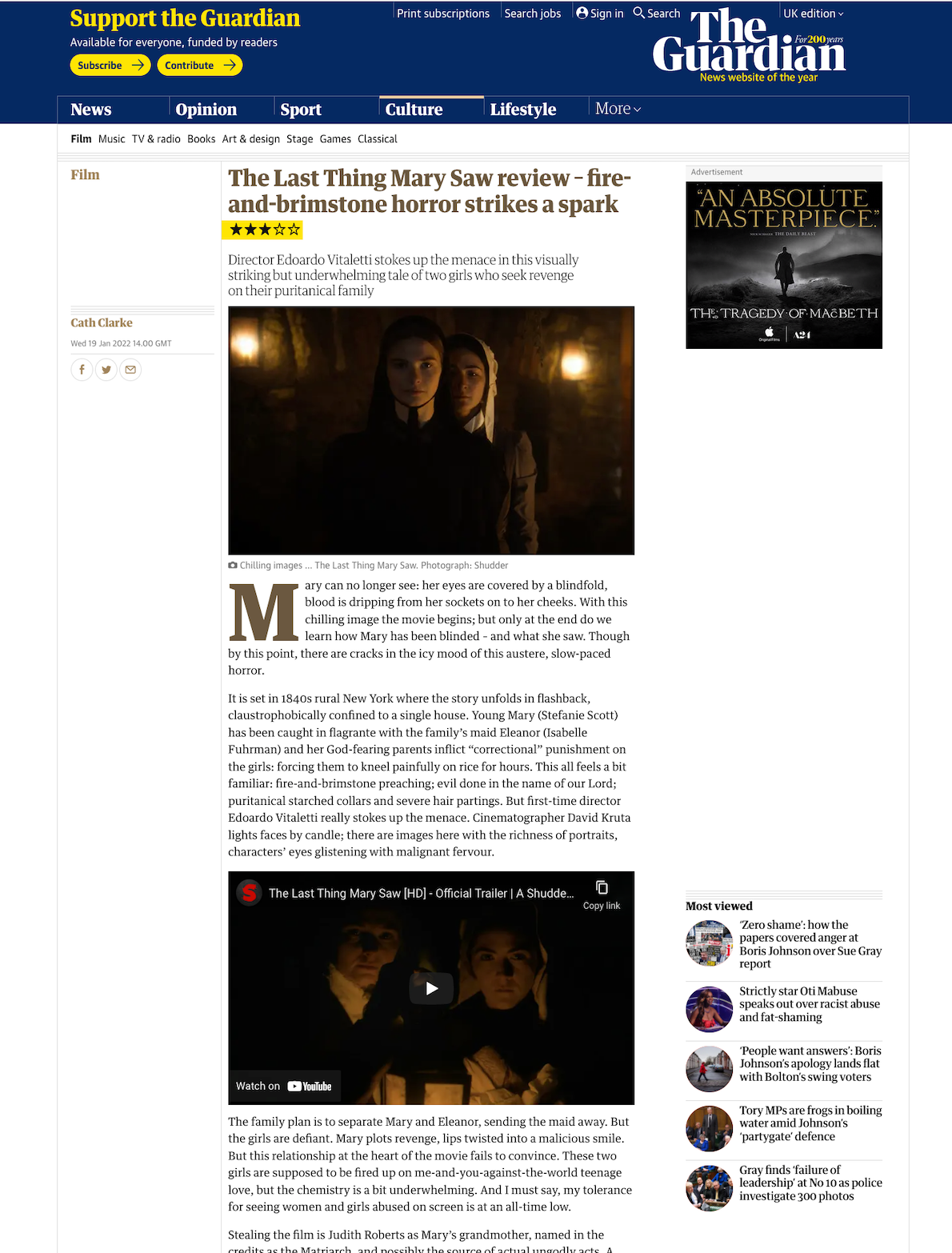 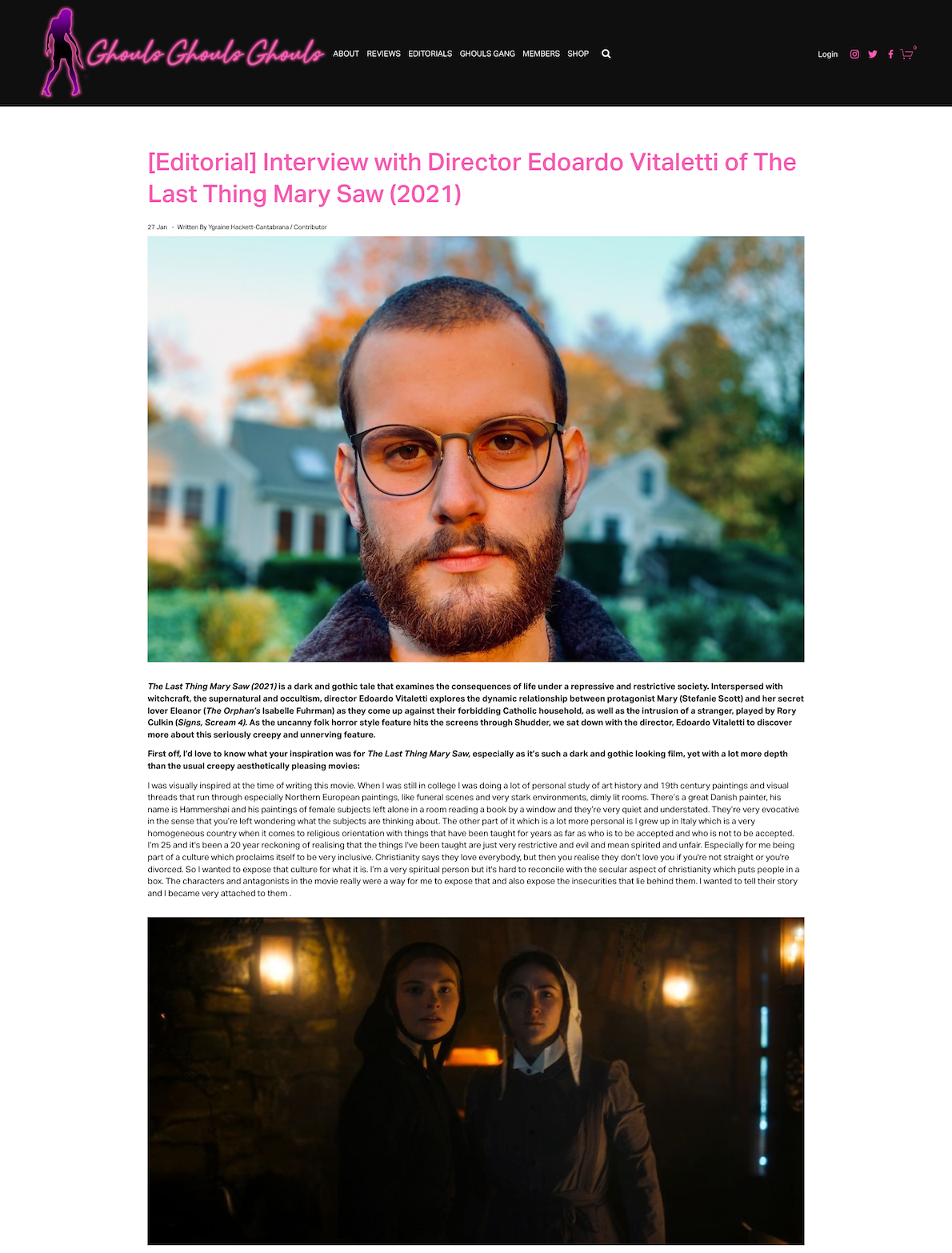 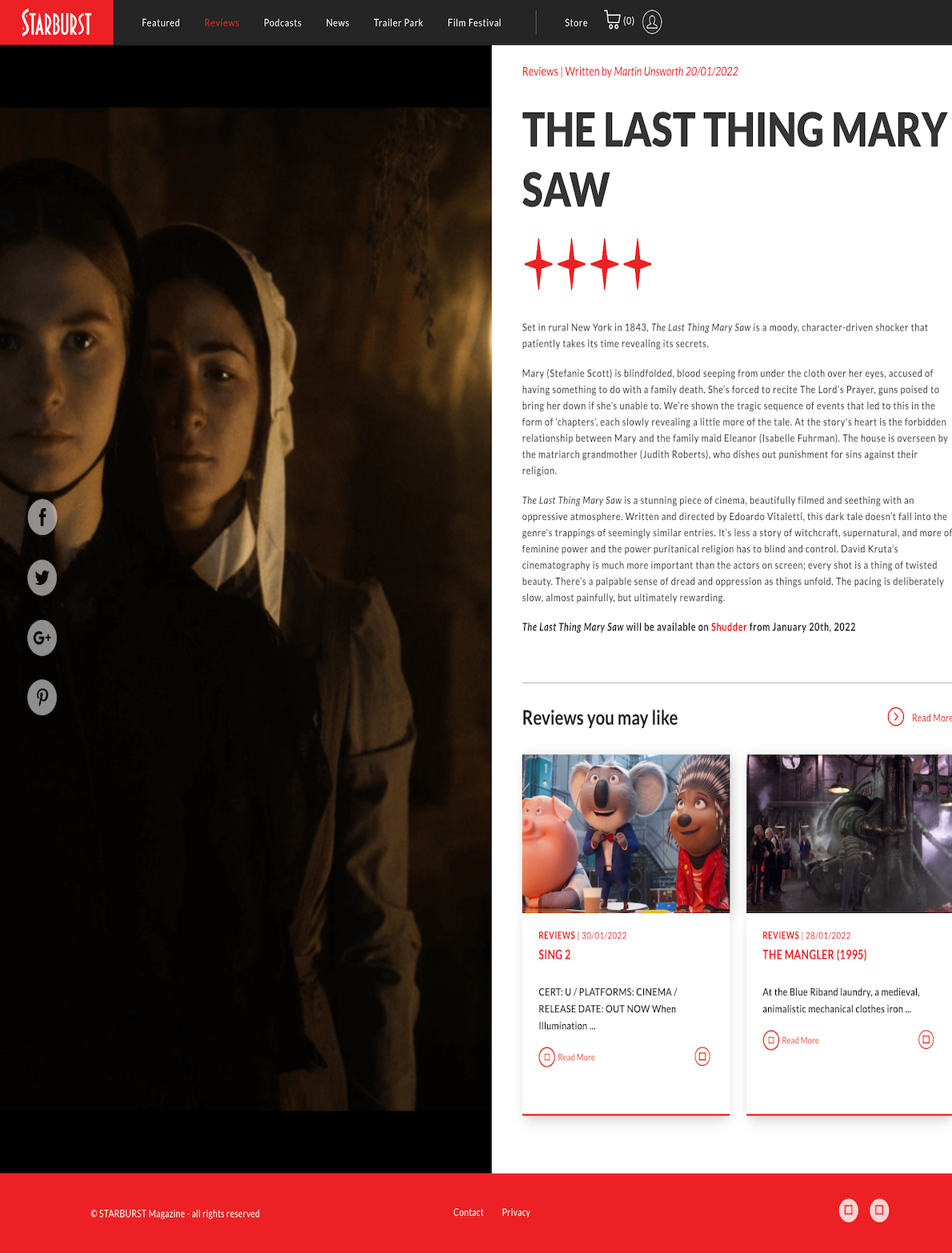 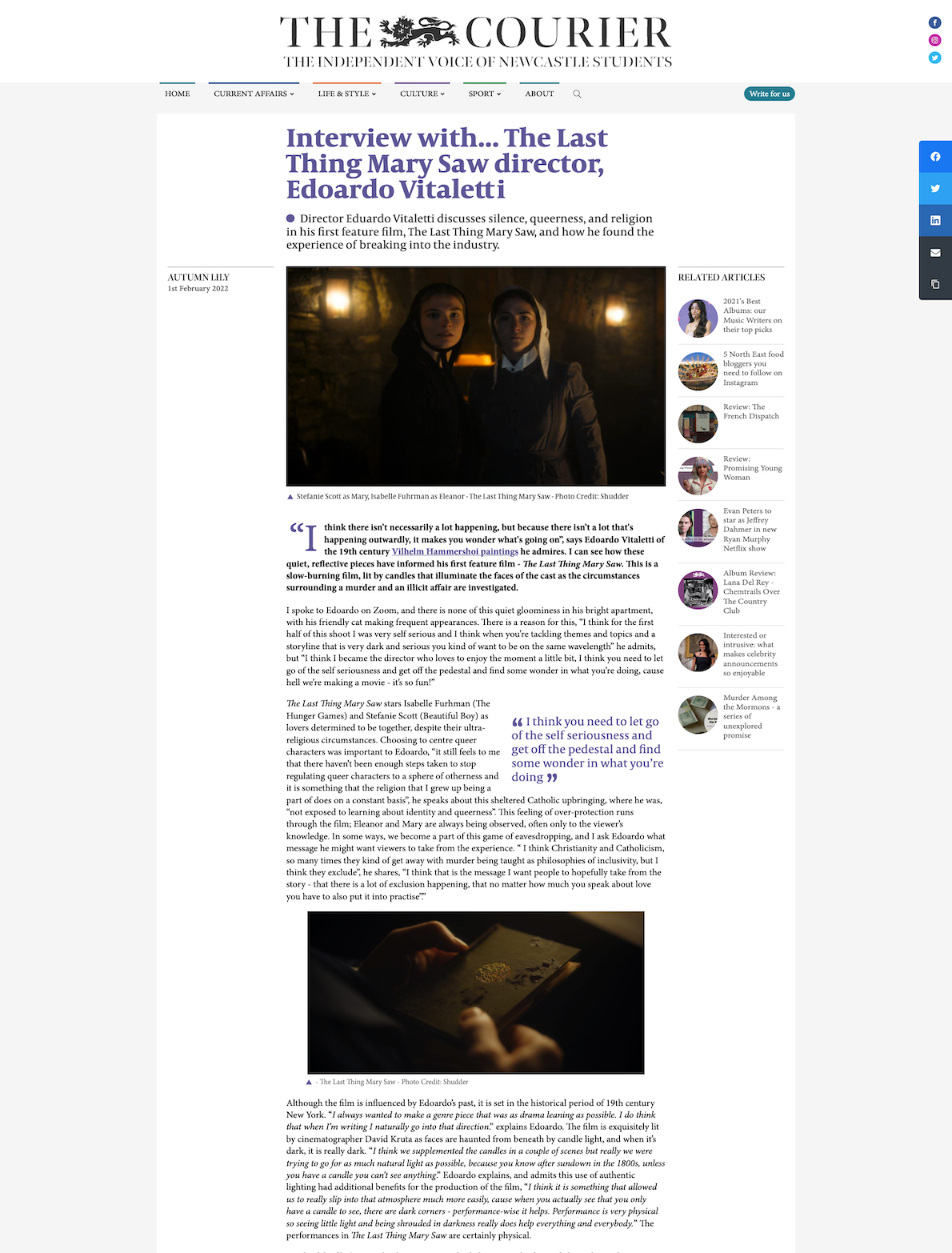 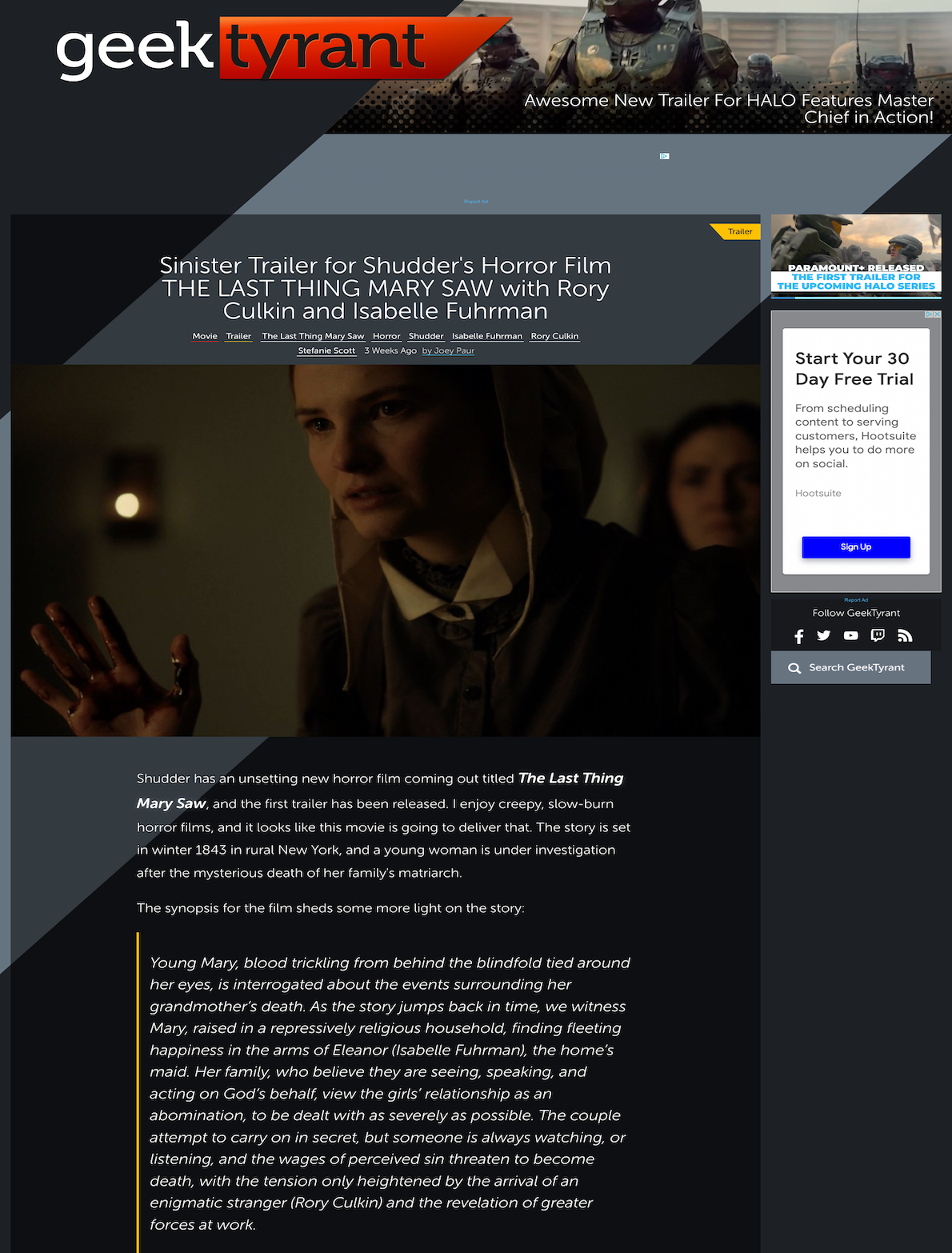