Strike Media were excited to team up with ILY films once again in the build-up to The Lonelists Whales digital release. The film received some great interest with The Guardian hailing the joy shown in the film by the scientists and their passion for their work. Strike was also able to organise multiple interviews with the filmmaking team including a feature with the Independent and interview live on Times Radio.

In 1989 the U.S. Navy detected a mysterious signal in the Pacific Ocean. The unidentifiable sound, picked up by a top-secret, Cold War-era surveillance system designed to track enemy submarines, vibrated through the depths at an enigmatic 52 hertz. The noise was definitely not a submarine.

Finding 52 is a cinematic quest to find the “52 Hertz Whale,” which scientists believe has spent its entire life in solitude, calling out at a frequency that is different from any other whale. As we search for this elusive creature, we will explore the phenomenon of human reaction to its plight, while revealing its connection to the growing epidemic of loneliness in our interconnected world.

If 52 is still out there, can he be found? Is it possible to launch a search for one whale in the vastness of the world’s oceans? In the journey and the potential discovery of 52, the filmmakers take us on an exhilarating adventure toward understanding this unique creature and its link to humanity. 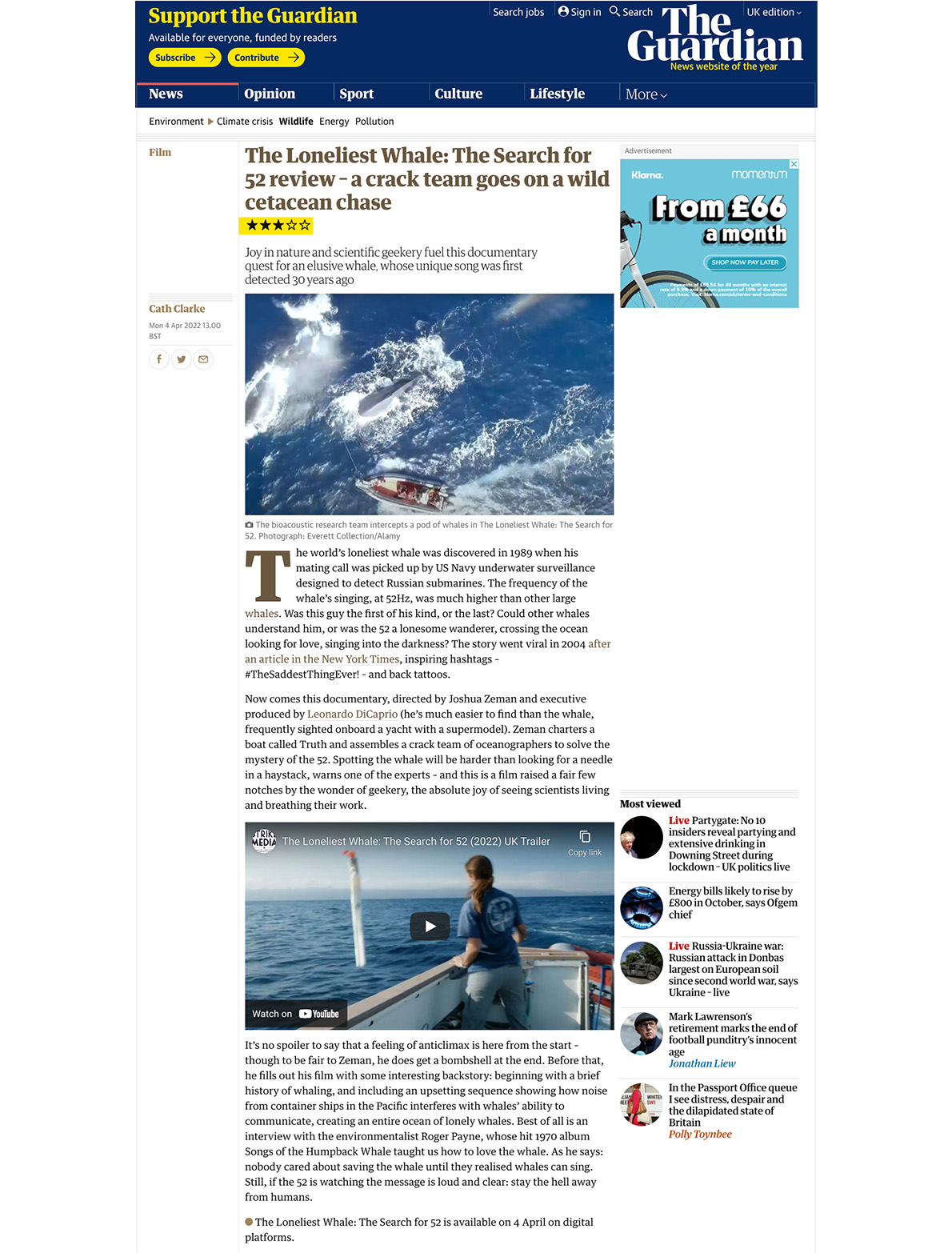 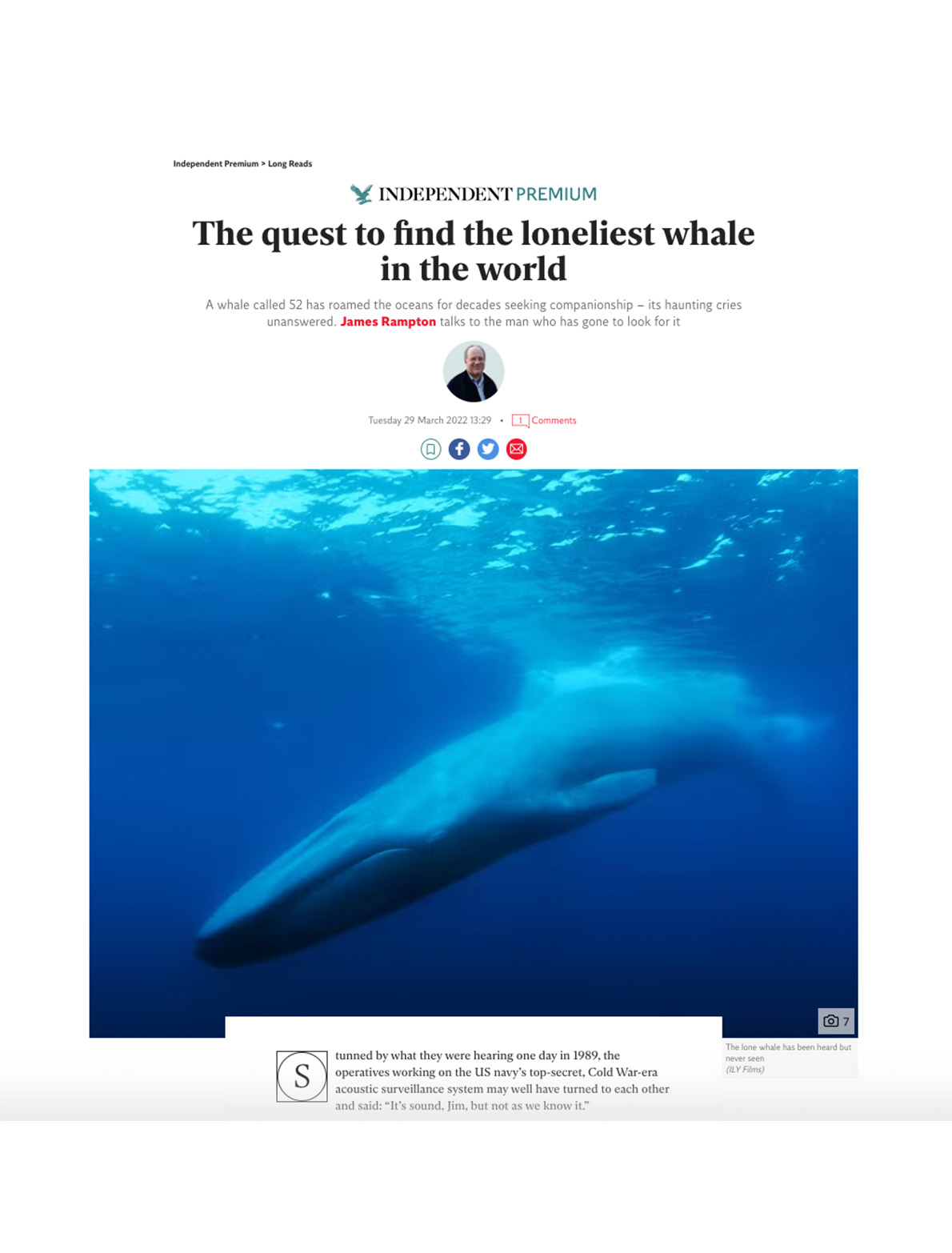 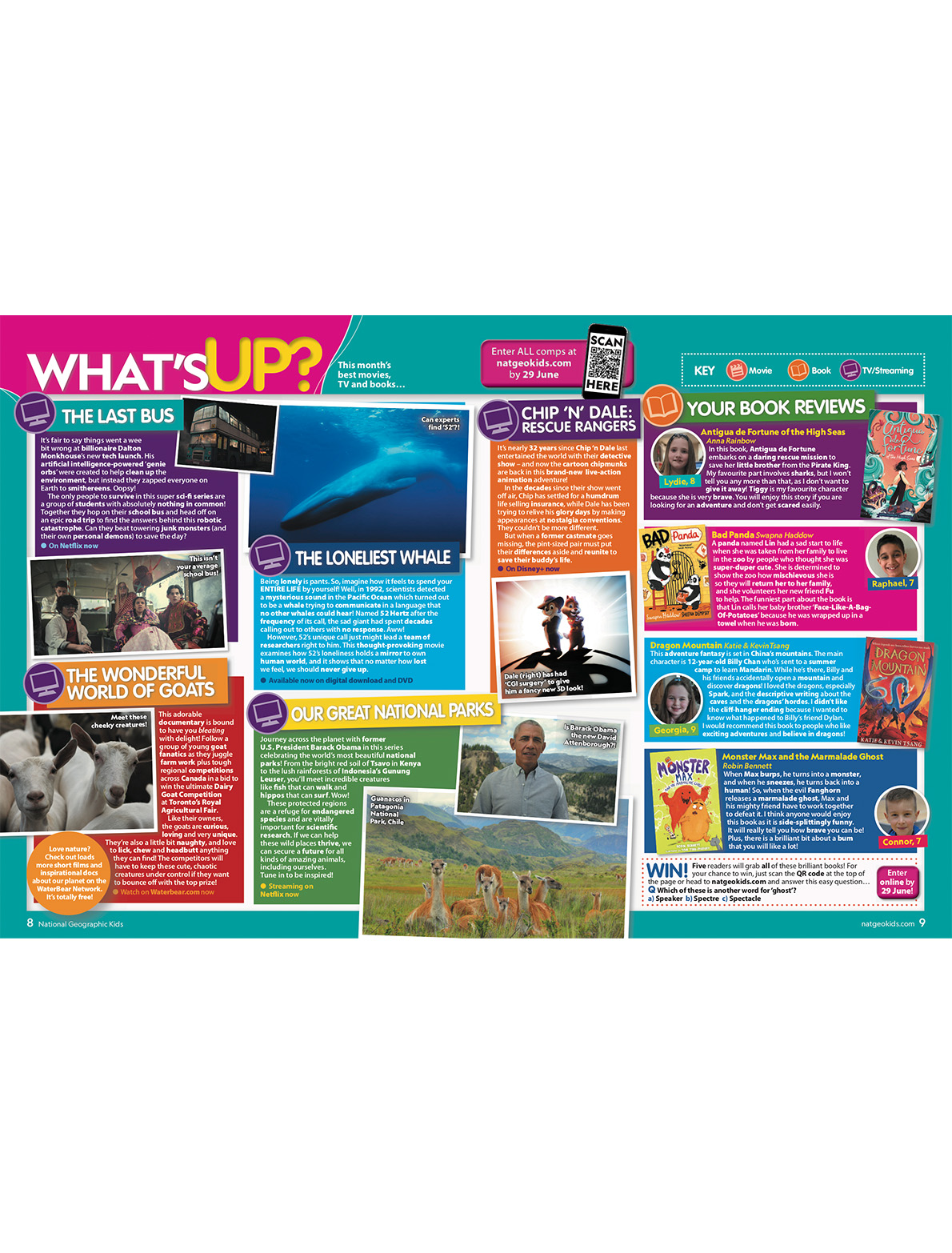