Strike Media were brought on bought by Lightbulb Film Distribution to look after The Racer, previously known as Coureur. The film had its UK Debut at Raindance Film Festival and Strike managed a junket on the day with the director, Kenneth Mercken. The Racer is semi-autobiographical, with Kenneth basing many parts of the story on his own experiences as a former professional cyclist.

Due to his fascinating story, Strike were able to secure a large number of cycling / sport oriented interview features.

The Racer (Coureur), follows Felix, a pro cyclist, who dreams of becoming world champion. But when he joins an Italian team, headed by Bruno Leone (Fortunato Cerlino – Sky Atlantic’s Gomorrah), he is dragged into a dark world of performance-enhancing drugs and corruption. 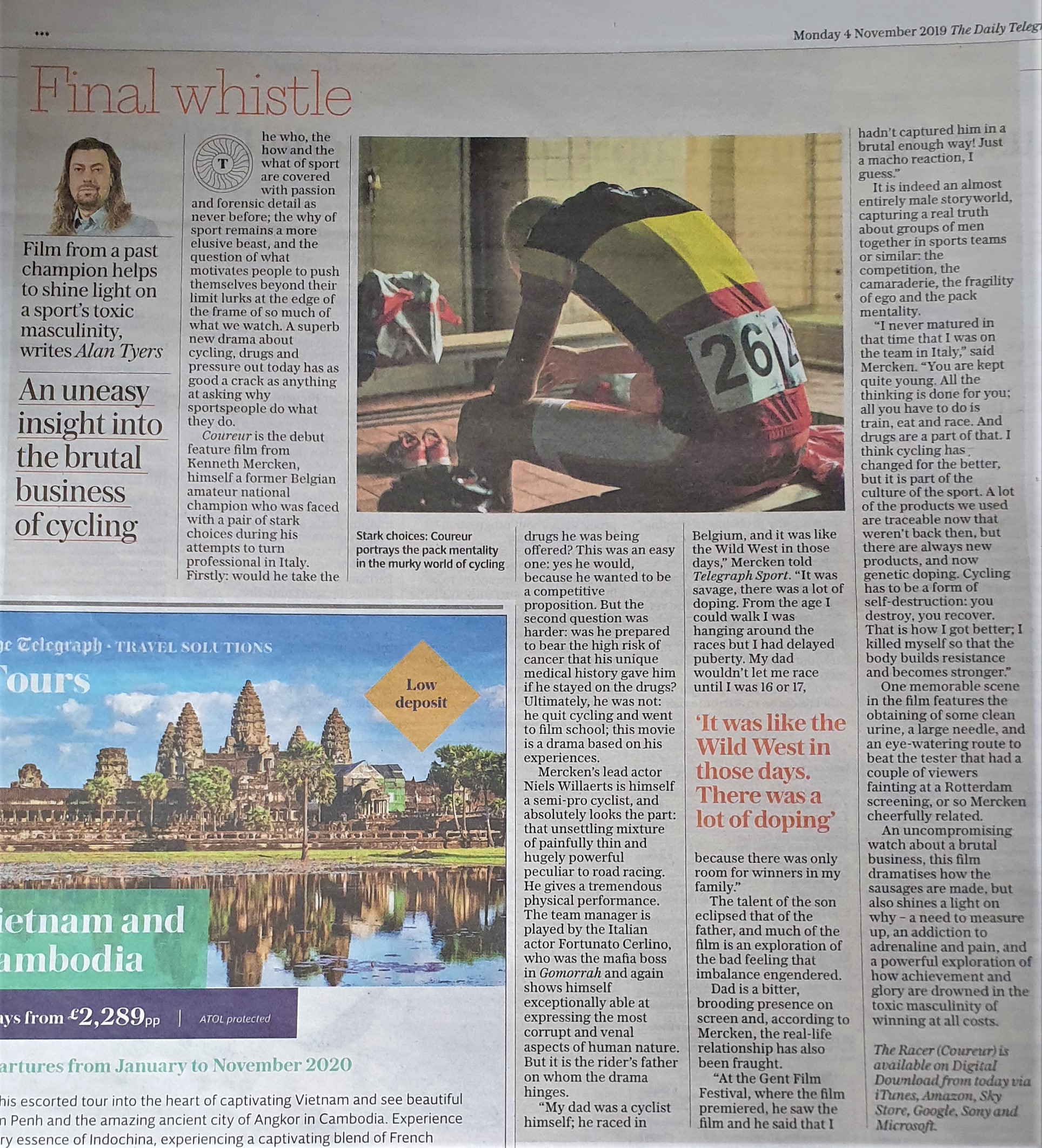 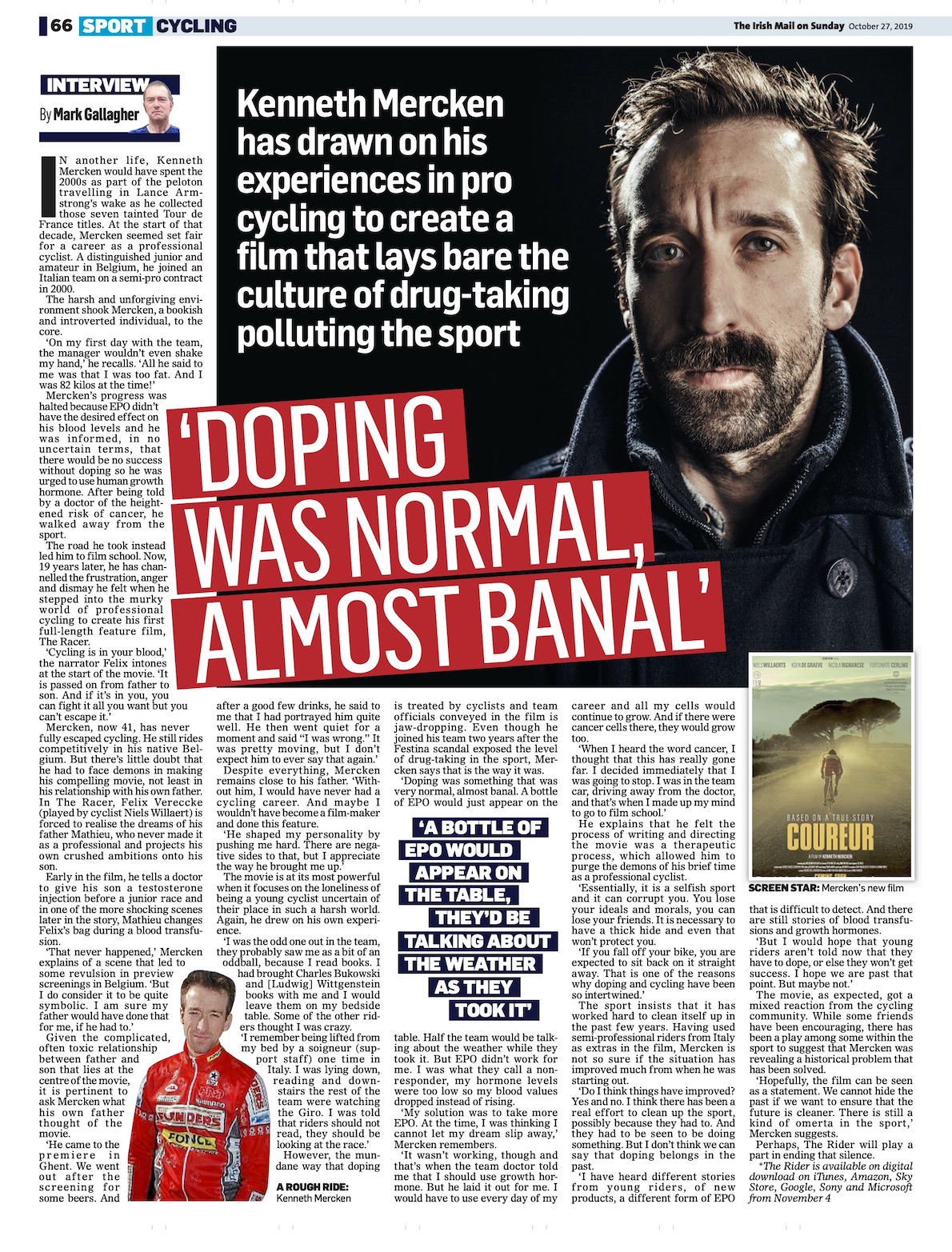 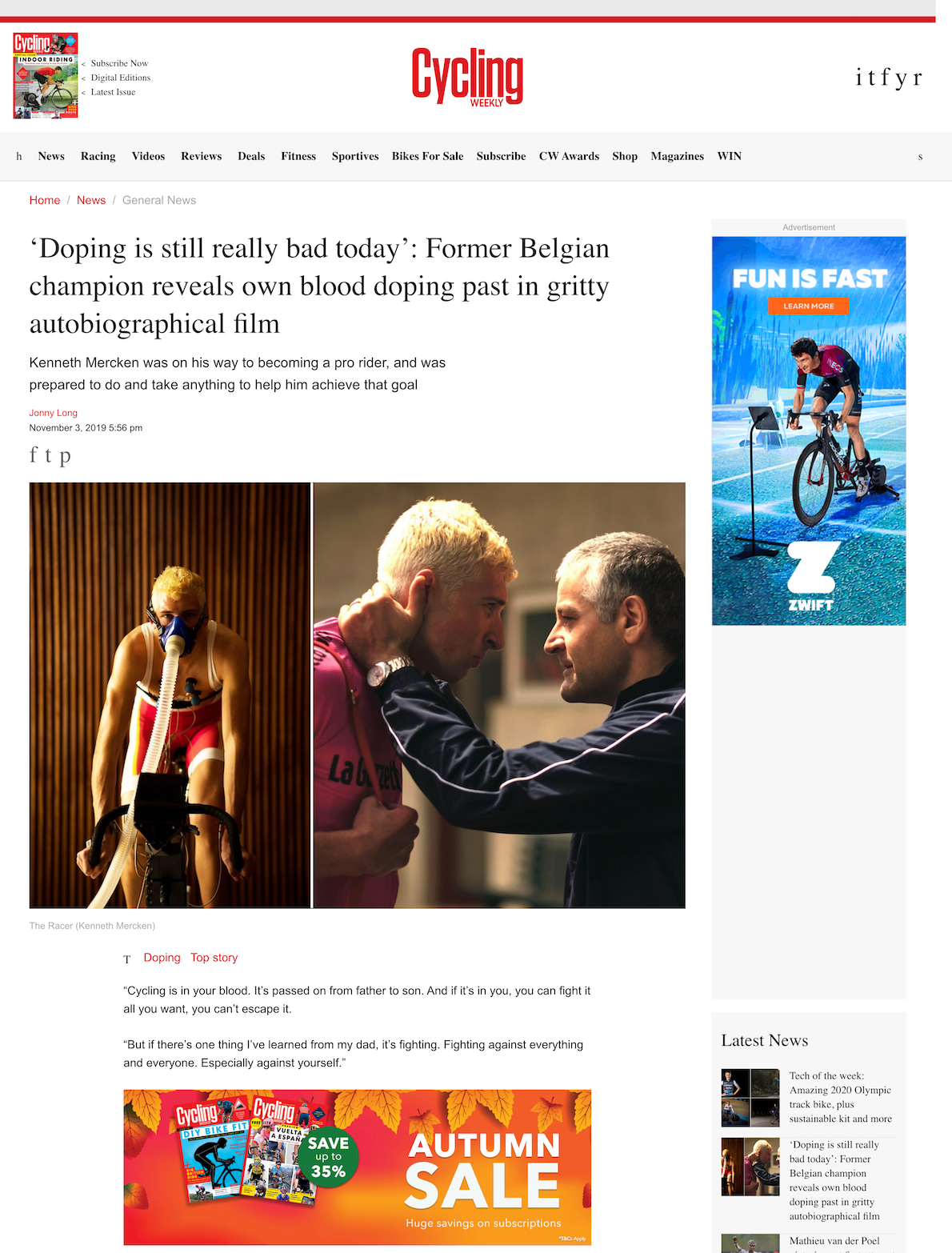