Strike Media were brought on board to support the UK PR campaign for gory revenge horror, The Retaliators, which was distributed as an Event Cinema release via Trafalgar Releasing. This was an international effort, with teams working across numerous territories ahead of the film’s One Night Only Release on 14th September. Strike headed up UK’s PR Campaign and also managed Europe’s PR campaigns, coordinating with numerous teams across Europe.

An upstanding pastor uncovers a dark and twisted underworld as he searches for answers surrounding his daughter’s brutal murder. 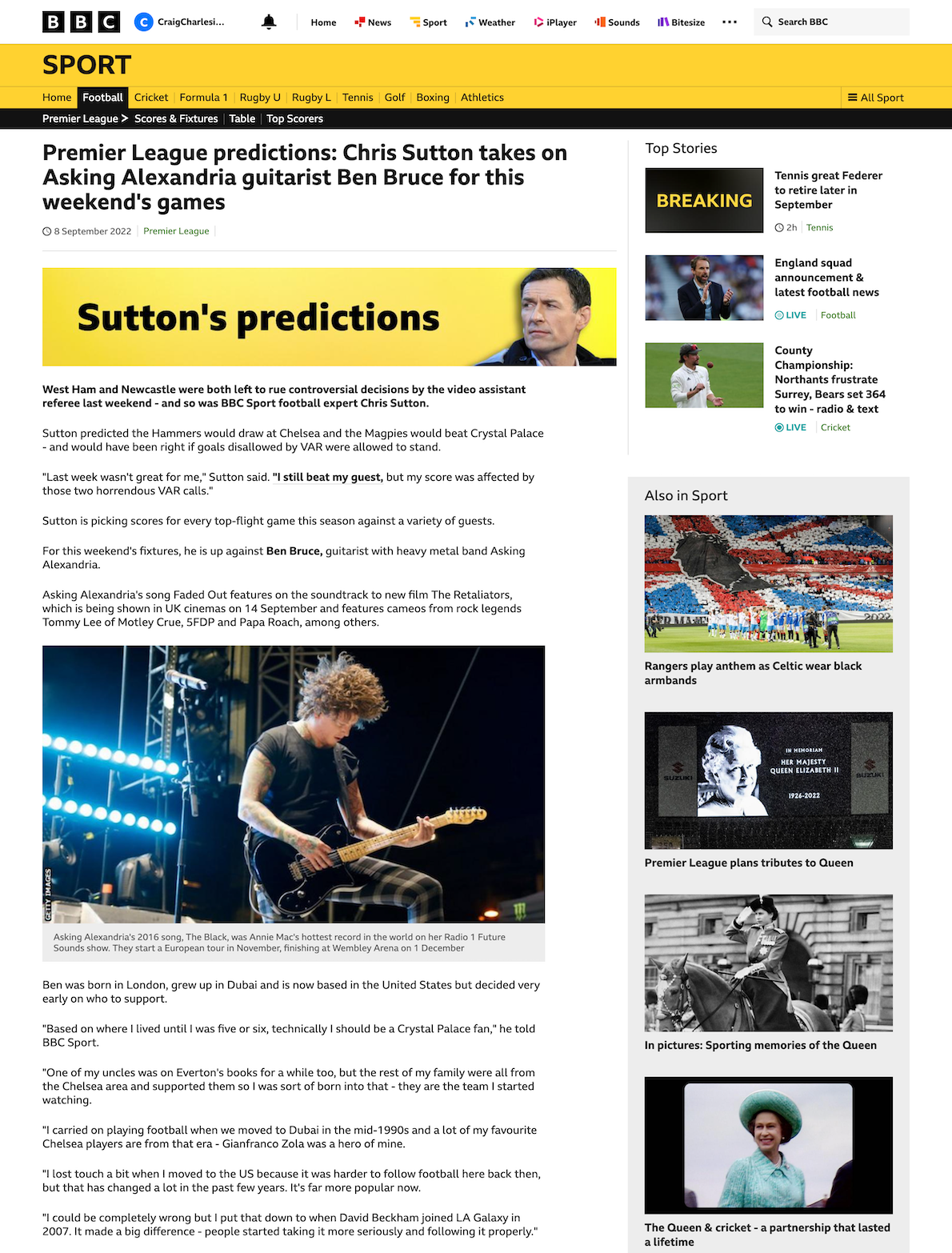 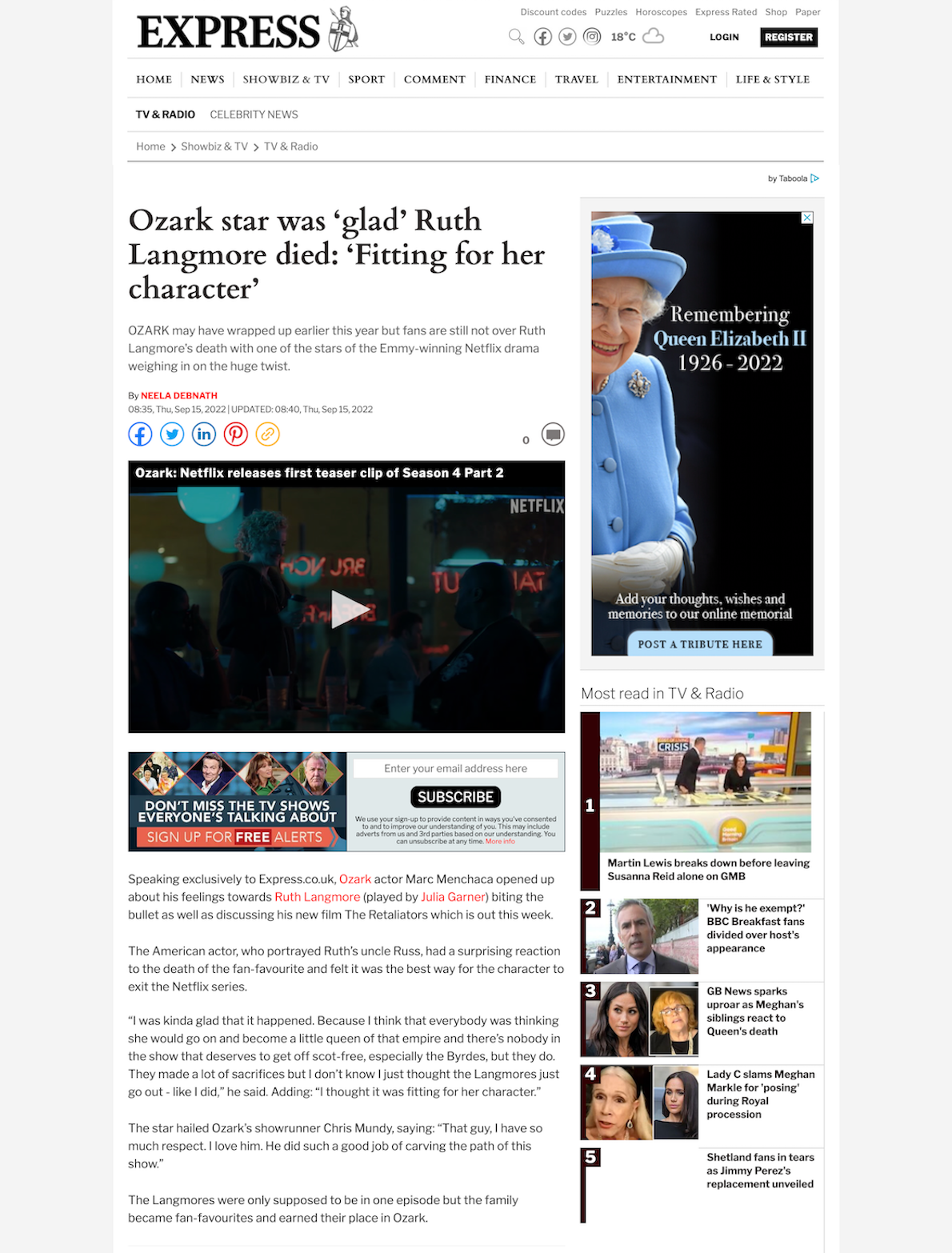 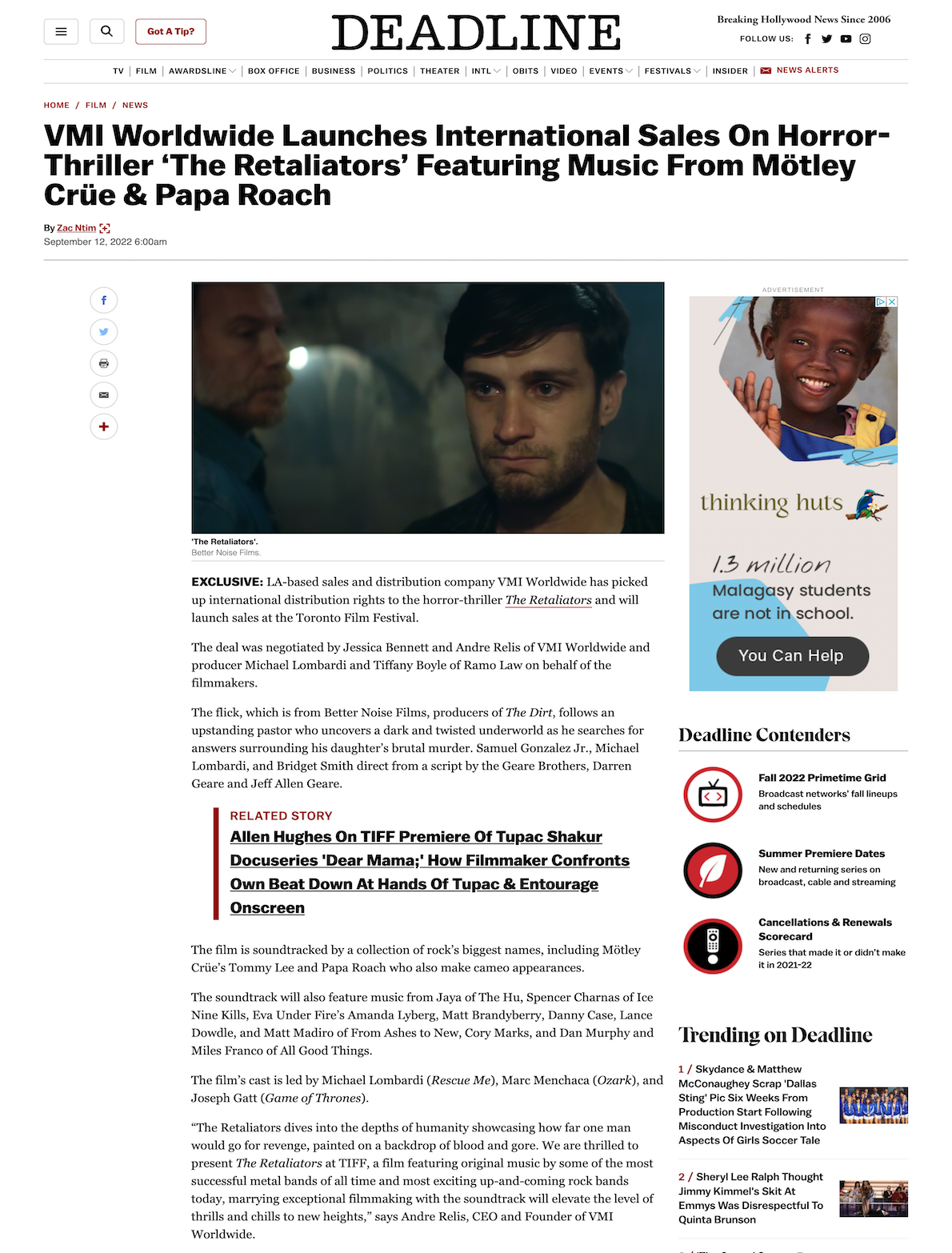 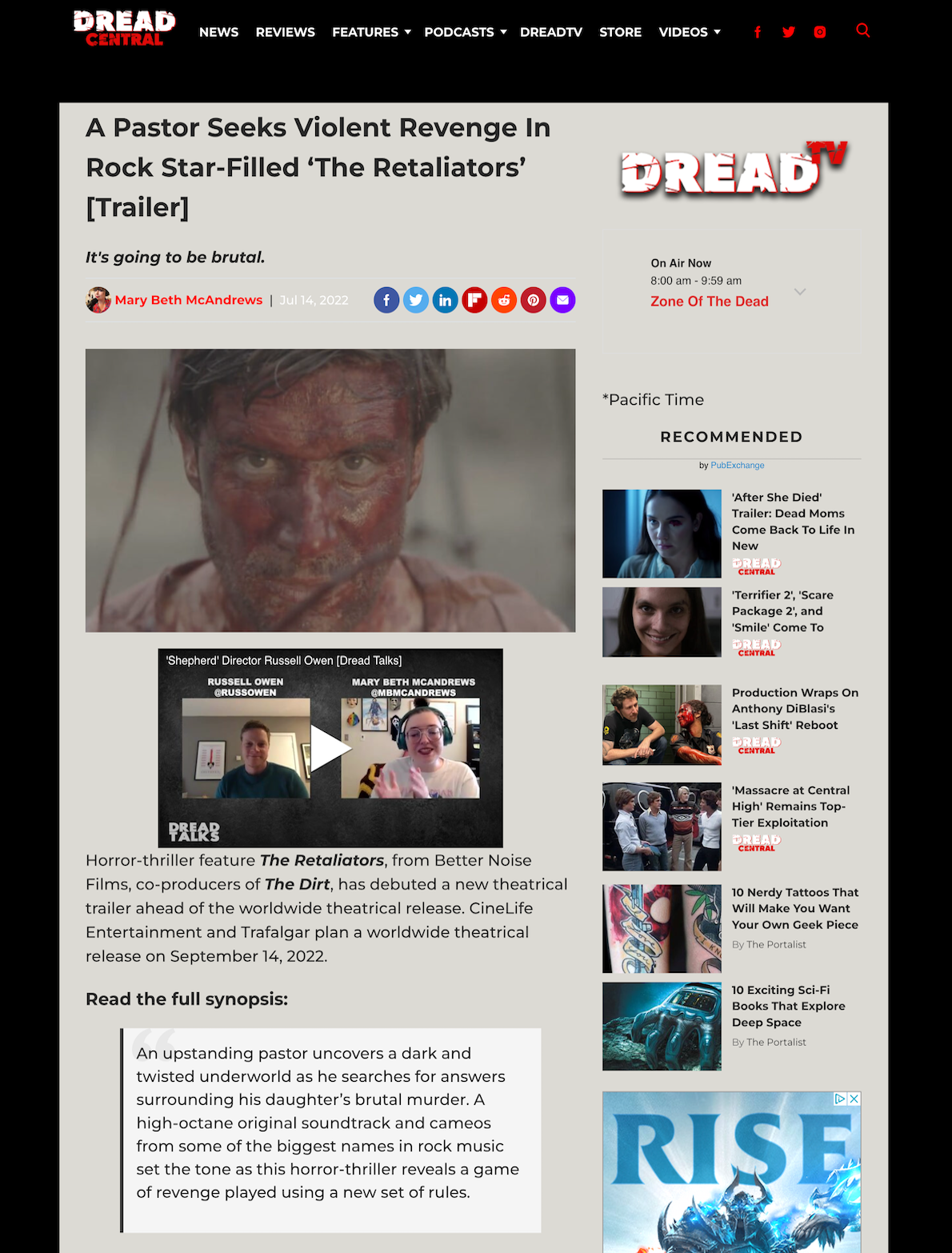 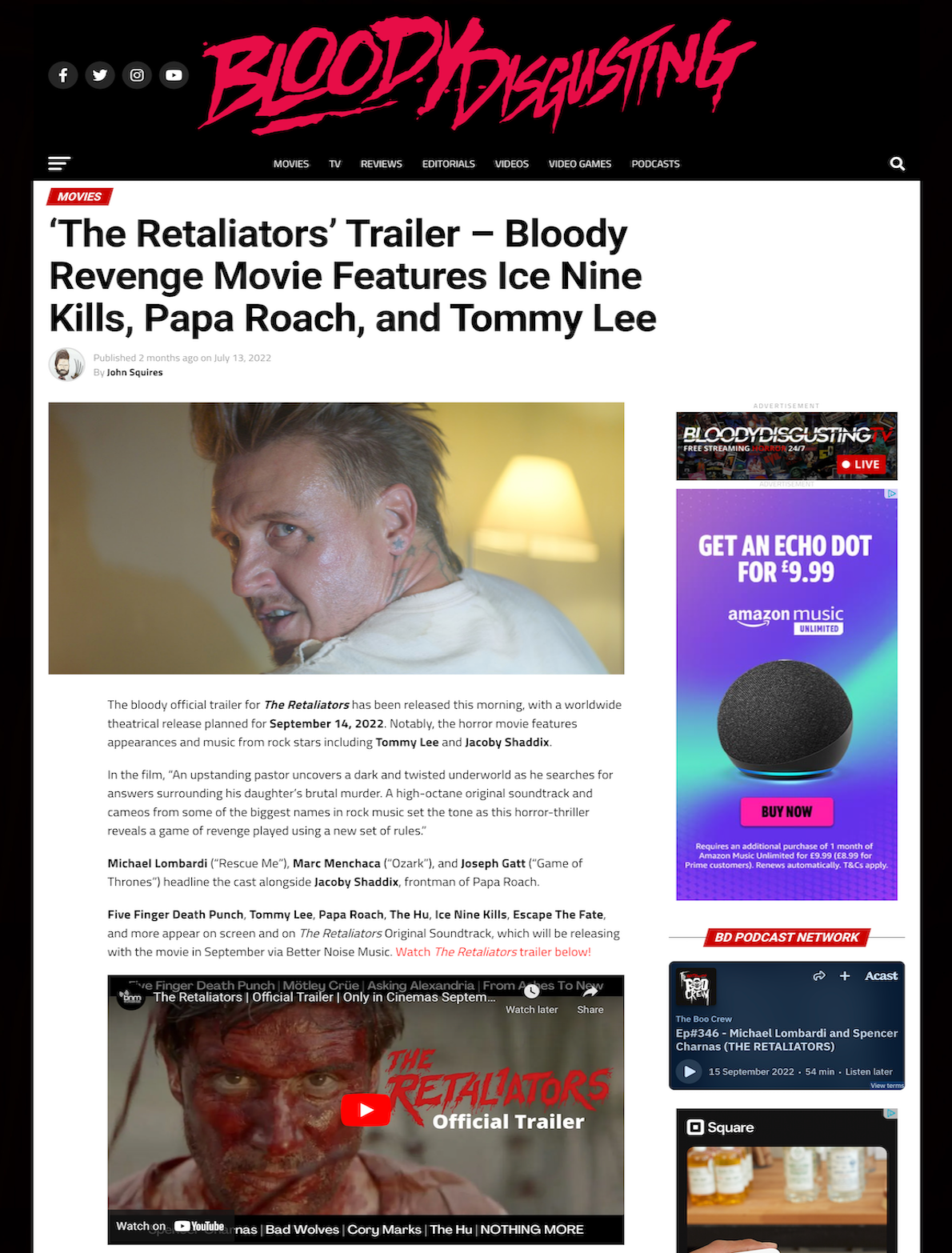 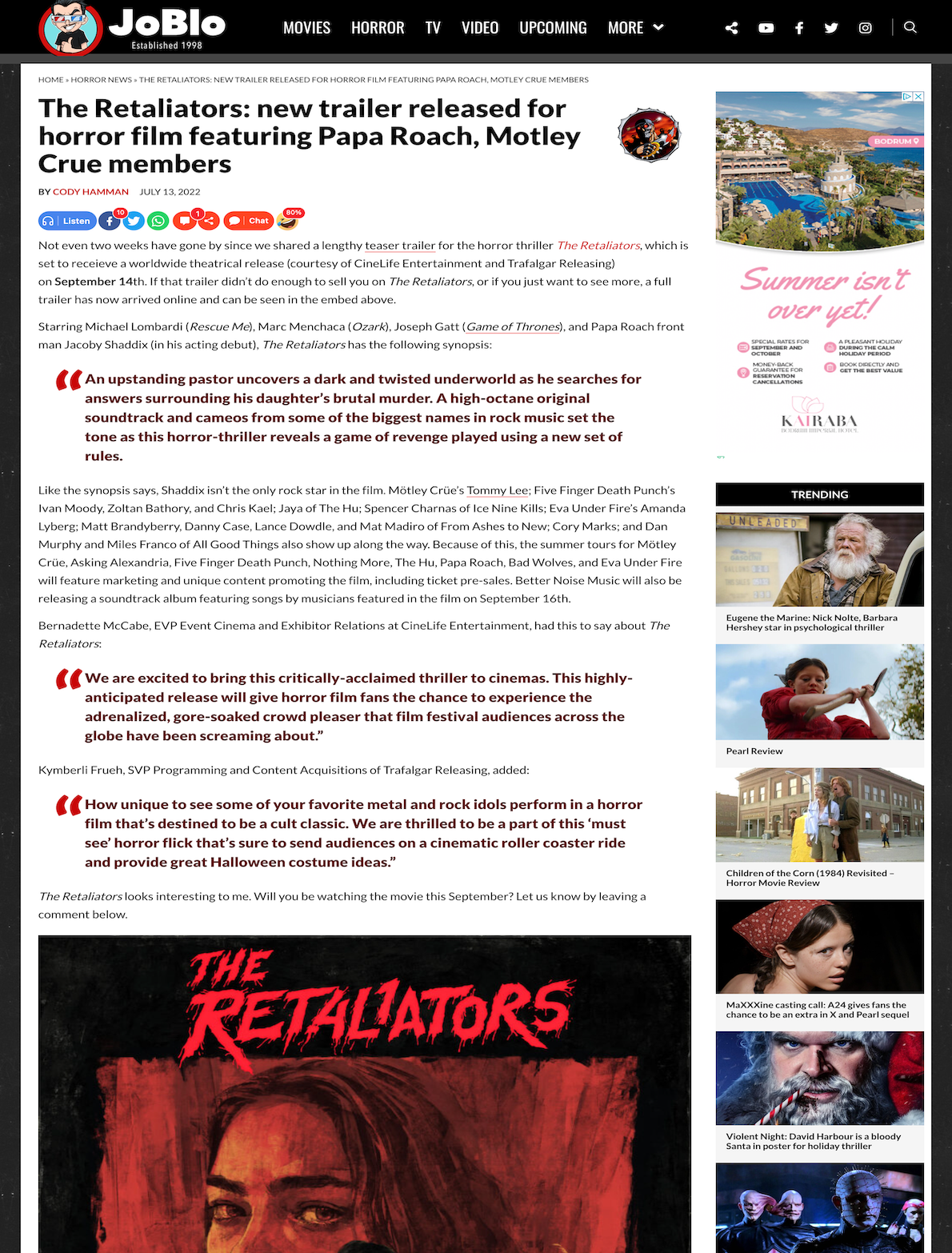 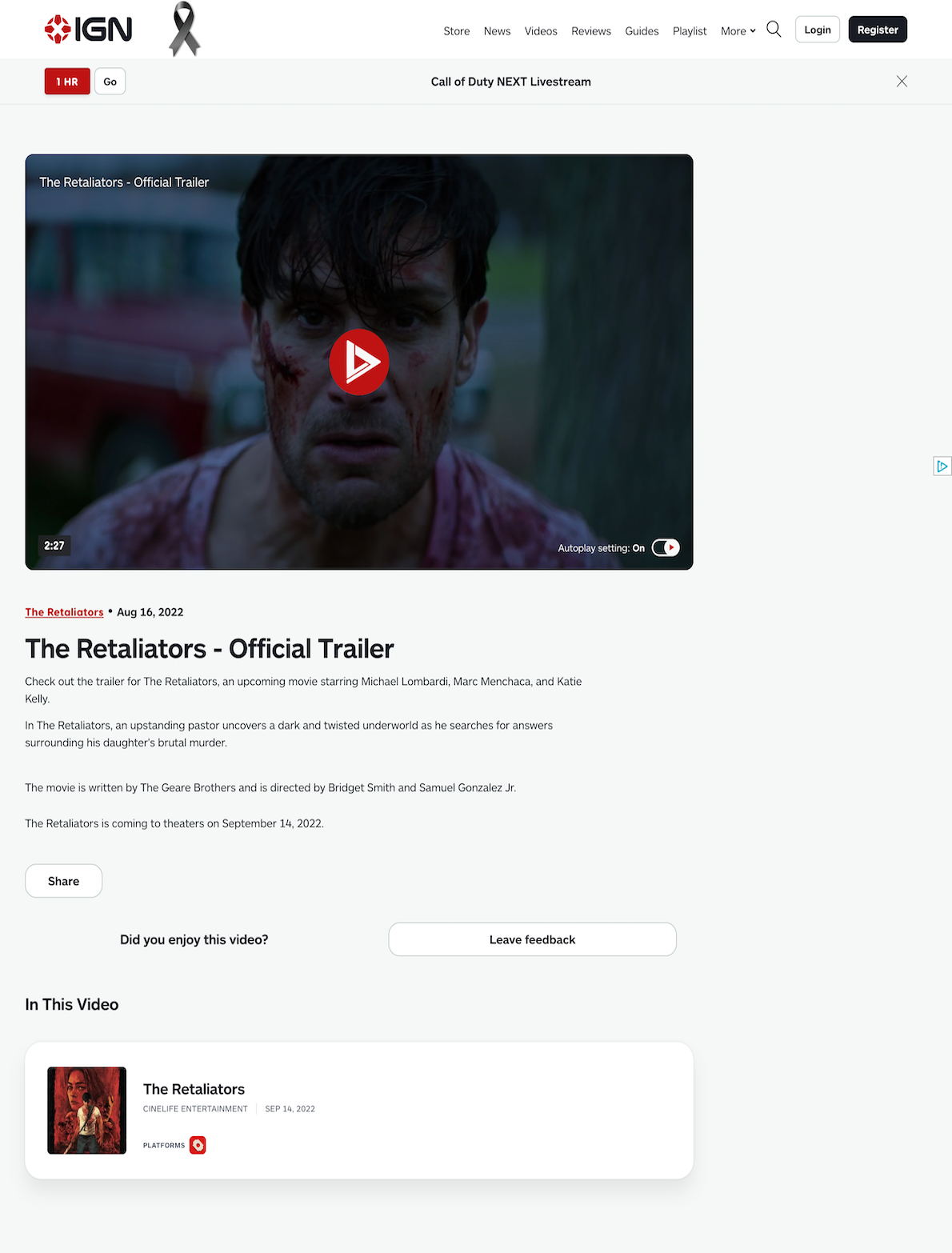 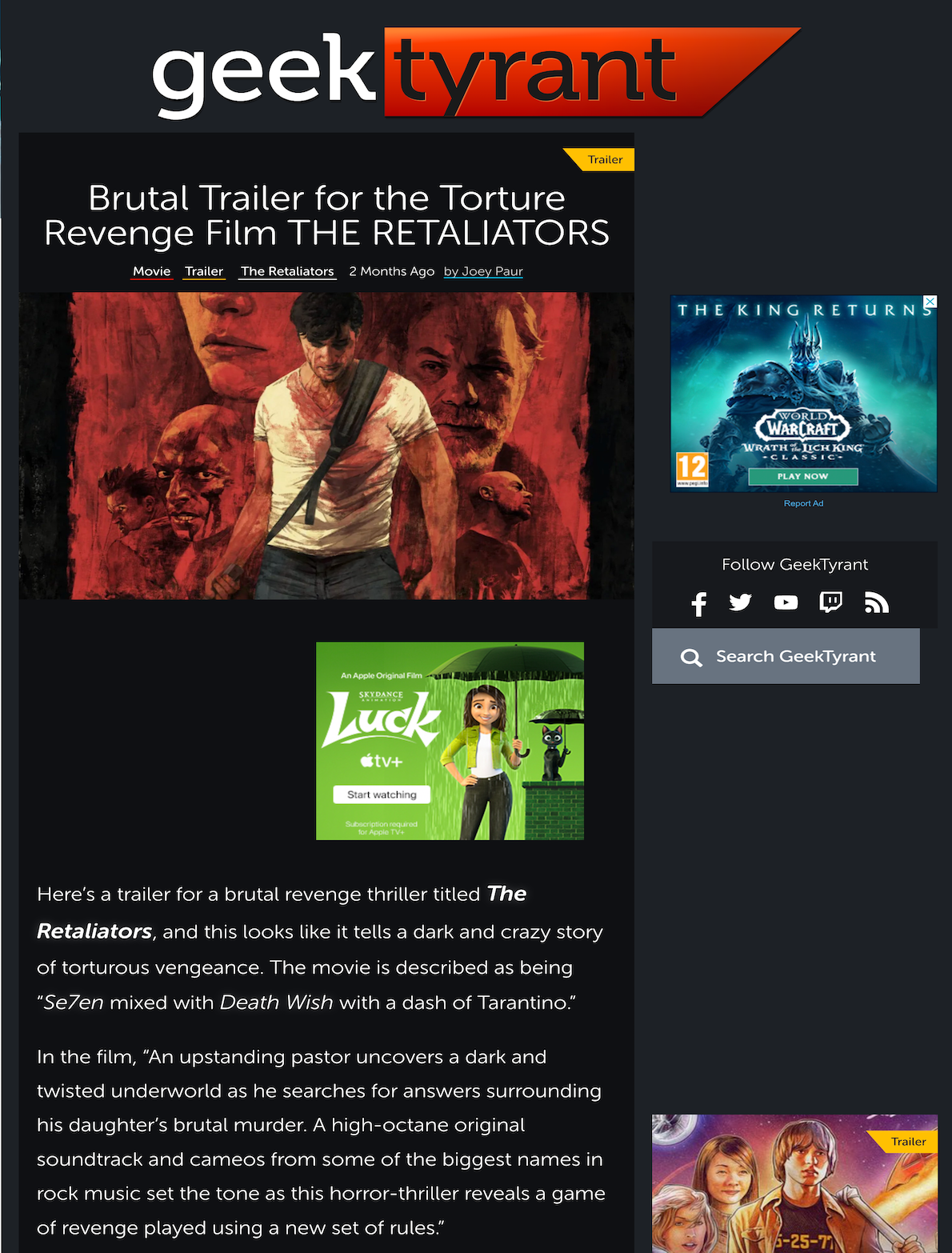 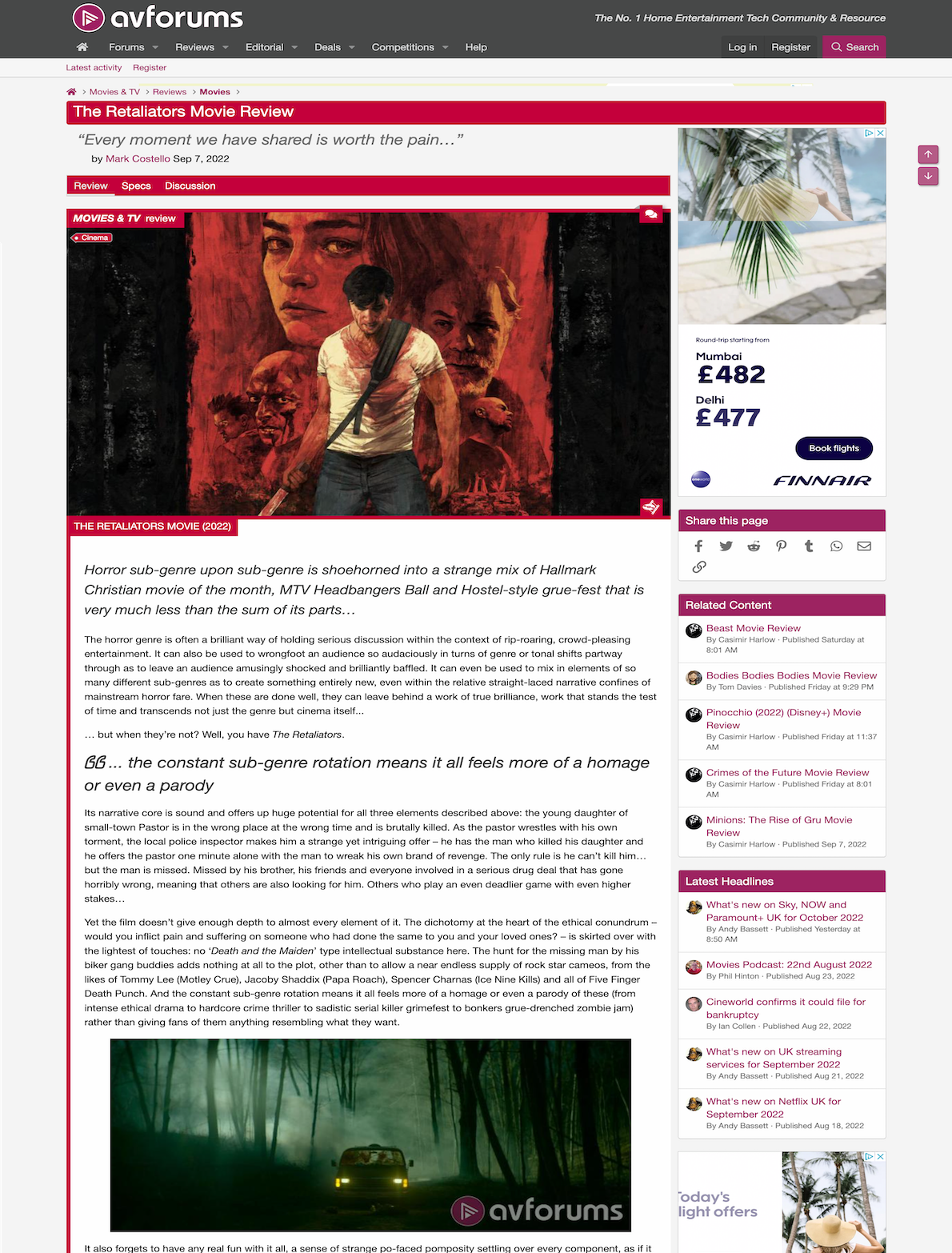