Strike Media handled the publicity for The Movie Partnership’s slasher horror – Trick. Following strong reviews, the film was released on Digital Download on 30th March. Do you dare to play the game of Trick or Treat?

An elusive serial killer, “Trick,” returns each Halloween to kill innocent victims. Detective Mike Denver (Omar Epps) faced Trick once before, shooting him off a five-storey building. When Trick’s body disappears into the town river, everyone thinks he’s dead. Only Denver believes he’s still alive. But now, as strange occurrences disrupt the peace of the town, nobody can deny that Trick has returned. Obsessed with catching the murderer, Denver will do whatever it takes to stop Trick claiming their next victim. 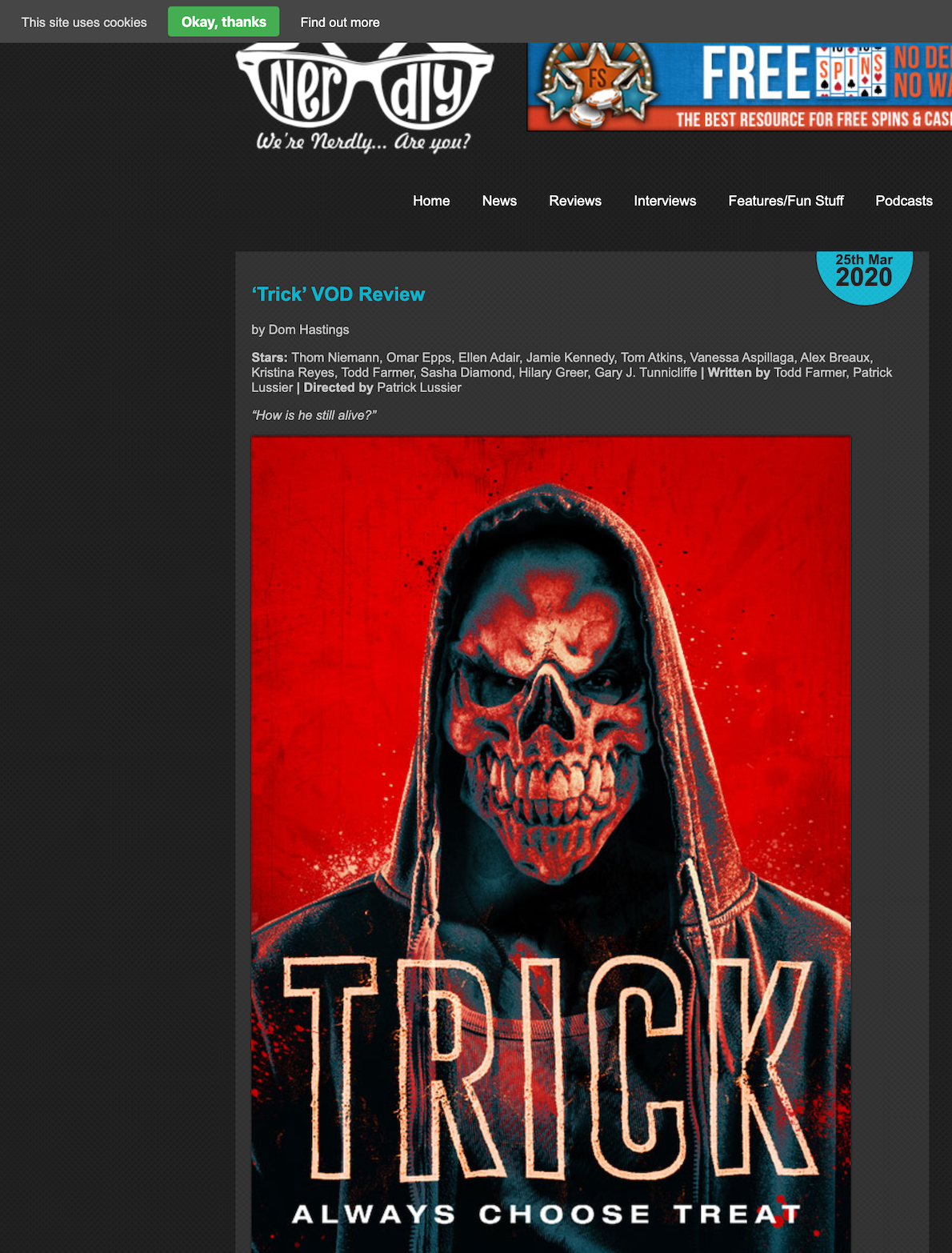 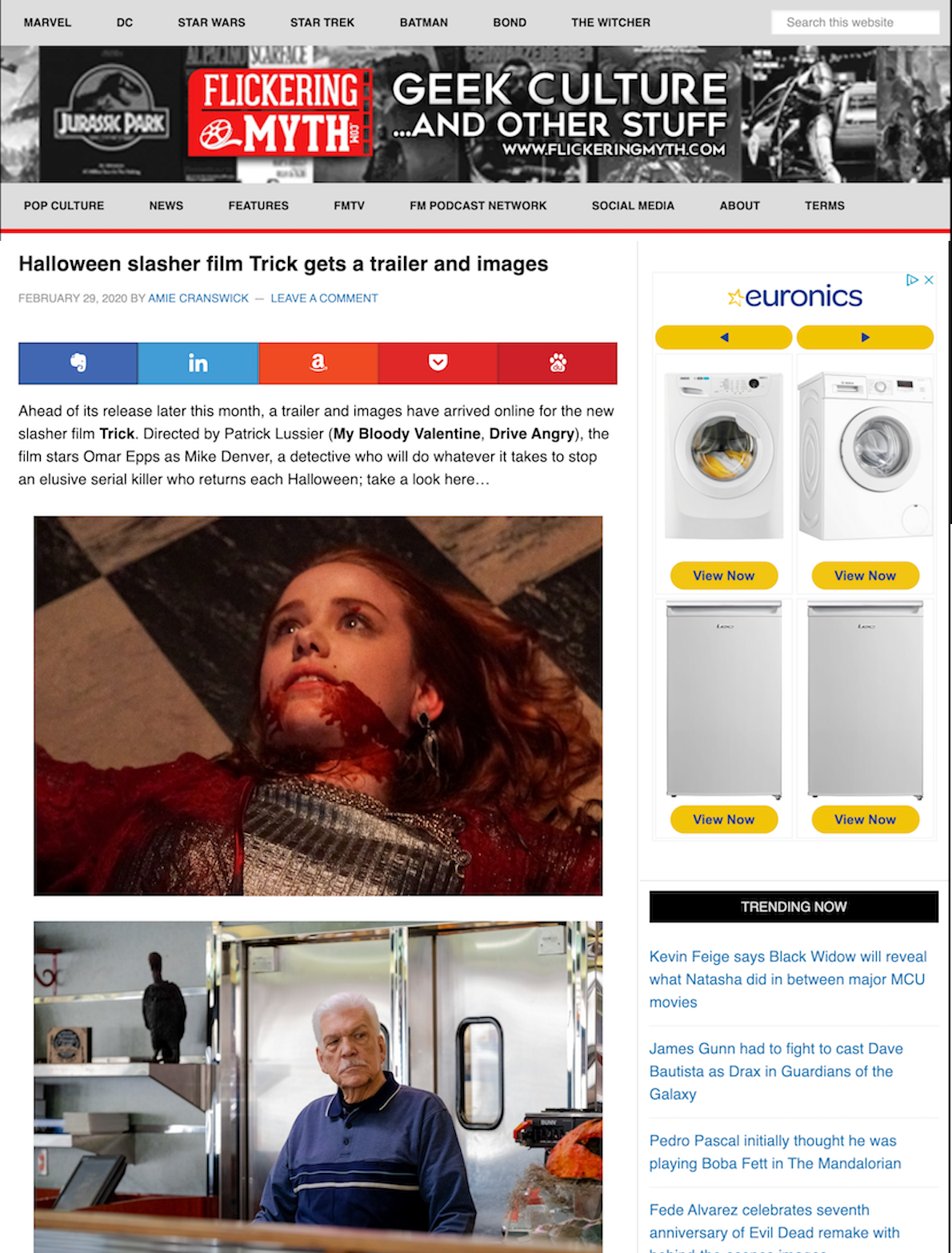 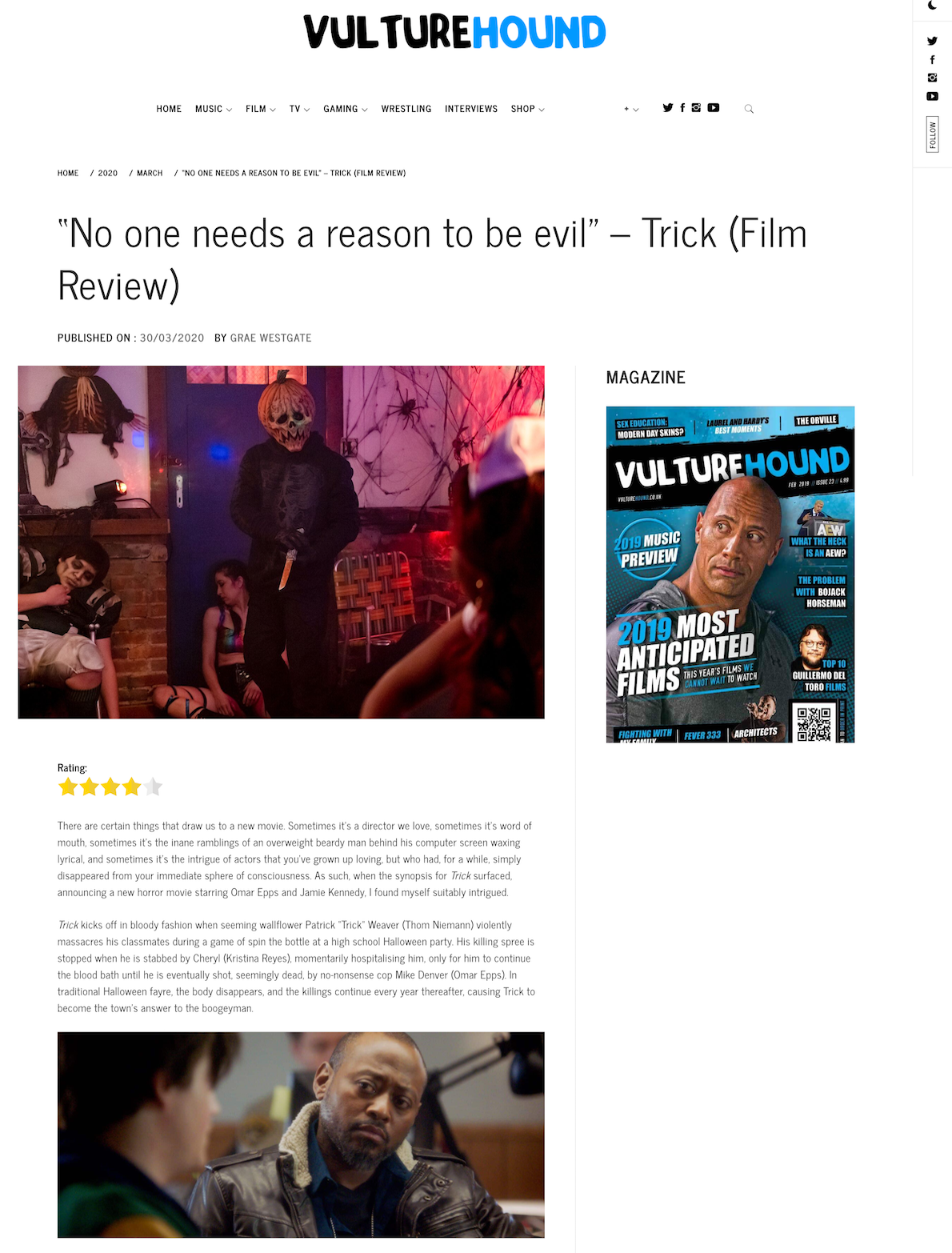