Strike worked with Blonde to Black Pictures to execute a fantastic Q&A screening at Screen on the Green prior to release of Two For Joy. Empire’s Chris Hewitt followed up the screening with questions in the company of director Tom Beard and stars Samantha Morton, Daniel Mays, Bella Ramsey and Badger Skelton.

We sourced the official charitable partner for the evening, Our Time, which works to support children affected by parental mental illness. They did a short presentation and unveiled the shocking statistic that nearly 3.4 million young people in the UK live with or care for a parent with mental illness. A small auction of director Tom Beard’s prints was held after the screening to raise money for the charity. We also took the opportunity to introduce our contacts at BBC and Telegraph to Our Time on the night.

This title shines a light on important questions of mental health sees iconic photographer Tom Beard make his feature film debut. Members of the critically acclaimed cast include Samantha Morton (Fantastic Beasts), Billie Piper (Doctor Who), Daniel Mays (Attonement, Line of Duty) and Bella Ramsey (Game of Thrones).  Two For Joy is a visceral and moving exploration of one British family’s life, navigating their way through grief in the years following their father’s death. Aisha’s (Samantha Morton) struggle with mental health is making home life increasingly unmanageable for her teenage daughter Vi (Emilia Jones) and young adolescent son Troy (Badger Skelton). Vi has been forced to grow up fast, caring for her mother whilst also trying to look after Troy. With no father figure and mother-daughter roles reversed, Troy has become a law unto himself, excluded from school he spends his days cruising the estate or fishing the reservoir.The tension at home is palpable – something has to give. The trio decide to take a trip to their late father/husband’s idyllically placed caravan, overlooking the sea. They befriend the holiday park caretaker Lias, (Daniel Mays), his unhinged sister Lilah (Billie Piper) and her daughter Miranda (Bella Ramsey). A family in the midst of their own drama. This is a portrait of modern Britain seen through the eyes of a family in crisis.

About Our Time Charity

When a parent suffers from mental illness it is rare for anyone – parent, teacher, or even social worker – to know how to discuss the illness with the child. The children are often confused and frightened. They may be bullied at school if they reveal their ‘secret’, and commonly fear they will ‘catch’ their parent’s illness. Research has shown that an estimated 3.4 million young people are affected by this issue, and at present most receive no attention or support. Our Time is campaigning for and supporting these young people to ensure they get the right help early on and to prevent them from becoming patients themselves. 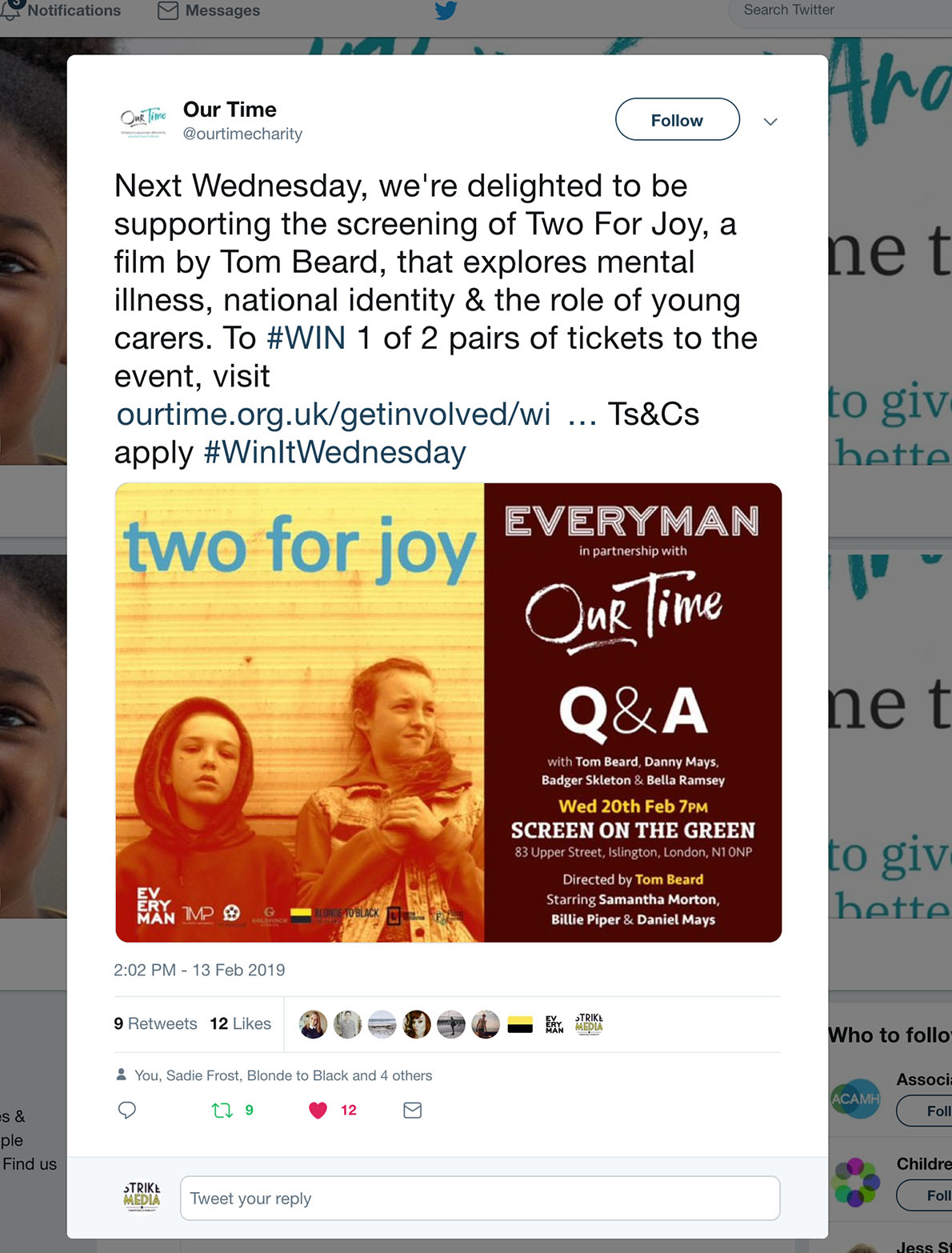 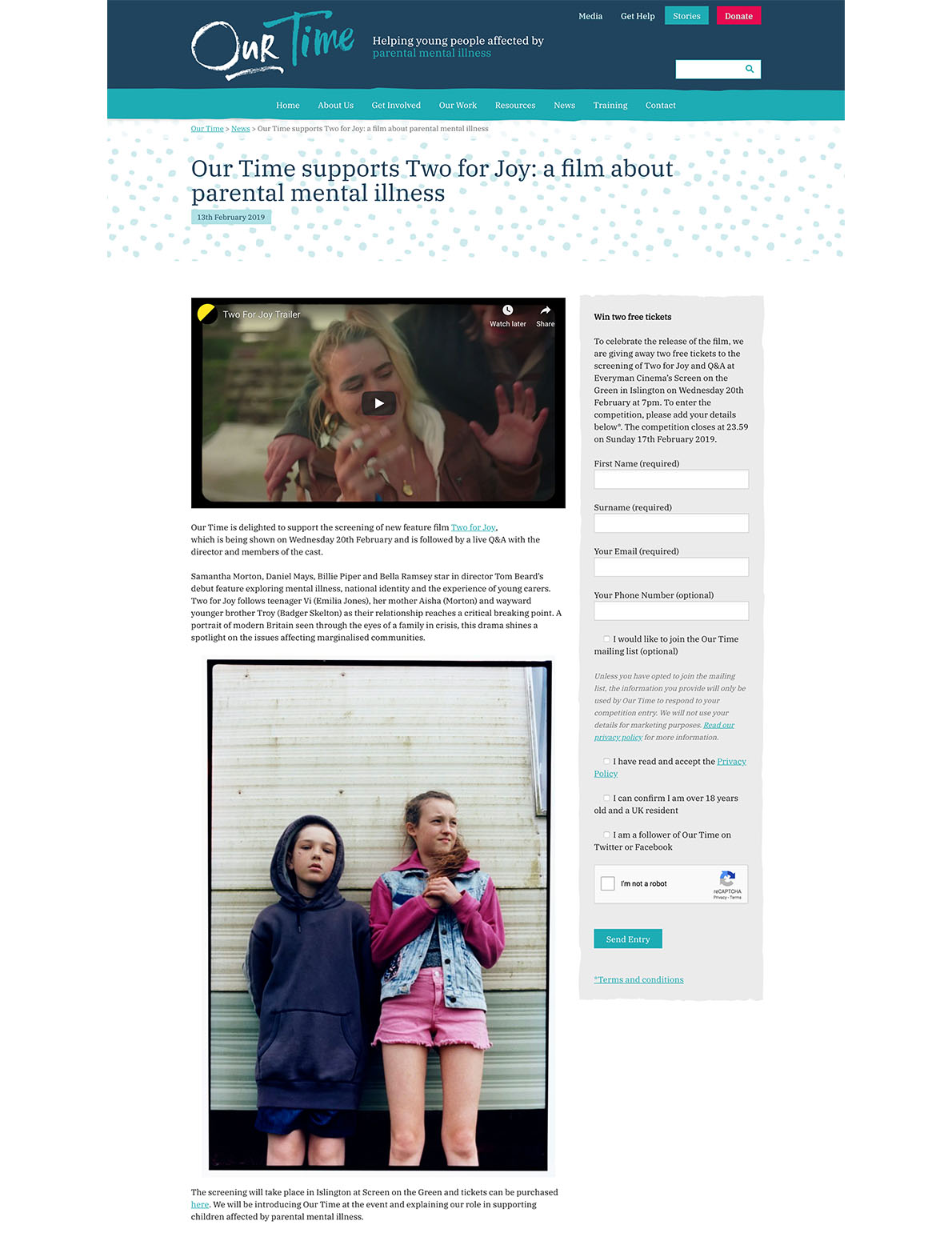