For this campaign, we worked closely alongside the production team, Sadie Frost and Emma Comely from Blonde to Black Pictures to ensure that the title received a significant amount of national exposure. Two For Joy is a sobering account of a mother suffering from severe depression after the death of her husband; heavy going subject matter that isn’t for everyone but was greatly received by critics. The film showcases some outstanding acting from the child stars, Bella Ramsey (Lyanna Mormont, Game of Thrones) and Badger Skelton as well as more established actors, Billie Piper and Samantha Morton.

Strike achieved numerous key pieces of coverage, which was helped by significant involvement from the cast and production team. Interviews went ahead with director Tom Beard, Sadie Frost, Bella Ramsey, Daniel Mays and Emilia Jones.Strike also helped organise a charity screening in partnership with Our time charity, that works to support child carers in the home. Check out our Two For Joy Screening tab for more info on this!

Two For Joy is an authentic and unwavering, ultimately uplifting coming of age story; a visceral moving exploration of one British family’s life. Mother, Aisha, her teenage daughter Vi and young adolescent son Troy, are at a crossroads in their lives. Aisha’s depression is bringing them all close to the brink. Vi has been forced to grow up fast, mother-daughter roles are reversed, Vi is Aisha’s carer as well as trying to control her rascal younger brother Troy, who with no father figure and a struggling mother, is a law unto himself – something must give, the situation must change. The portrait of modern Britain seen through the eyes of a family in crisis shines a spotlight on issues affecting marginal communities, including young carers, mental illness and national identity. 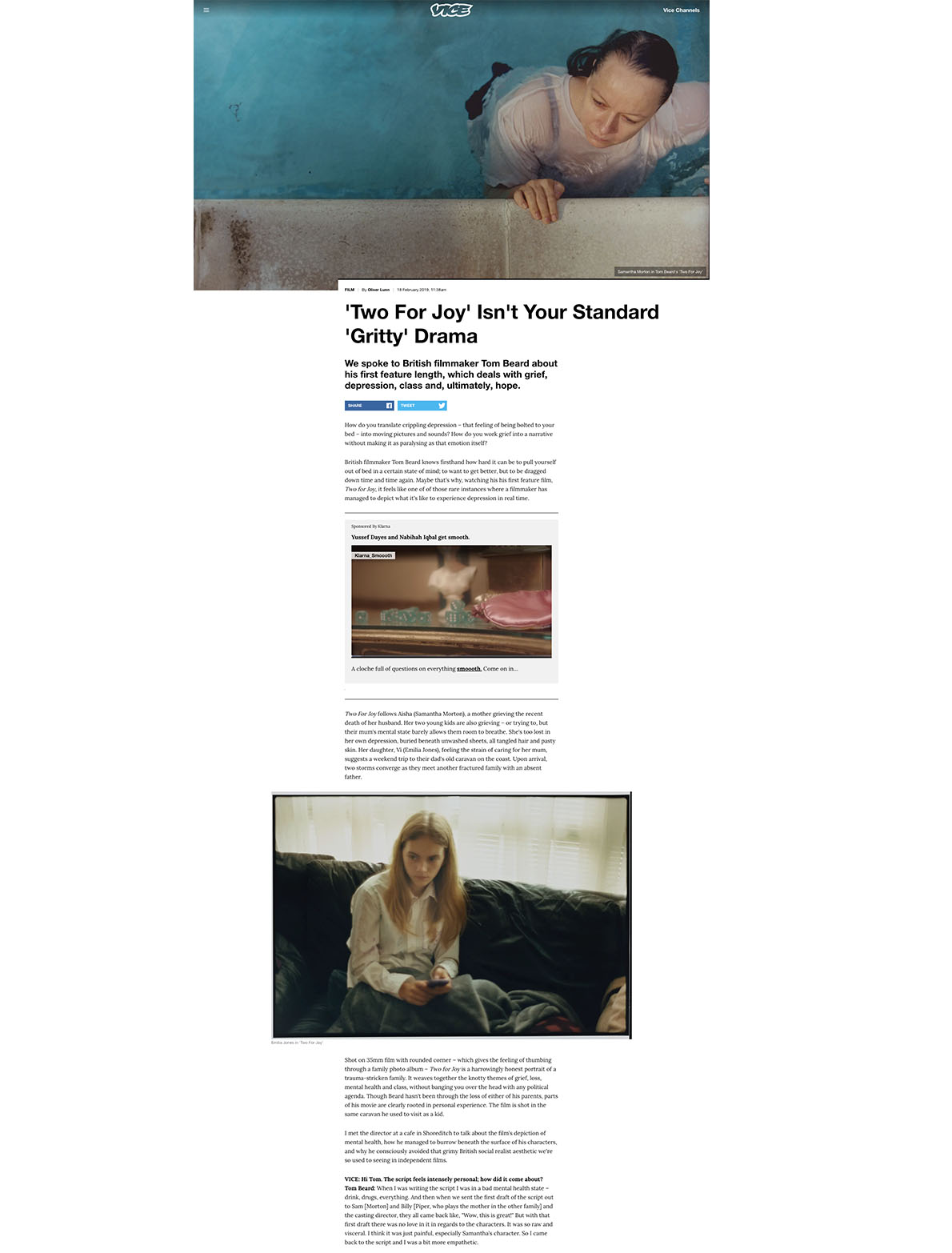 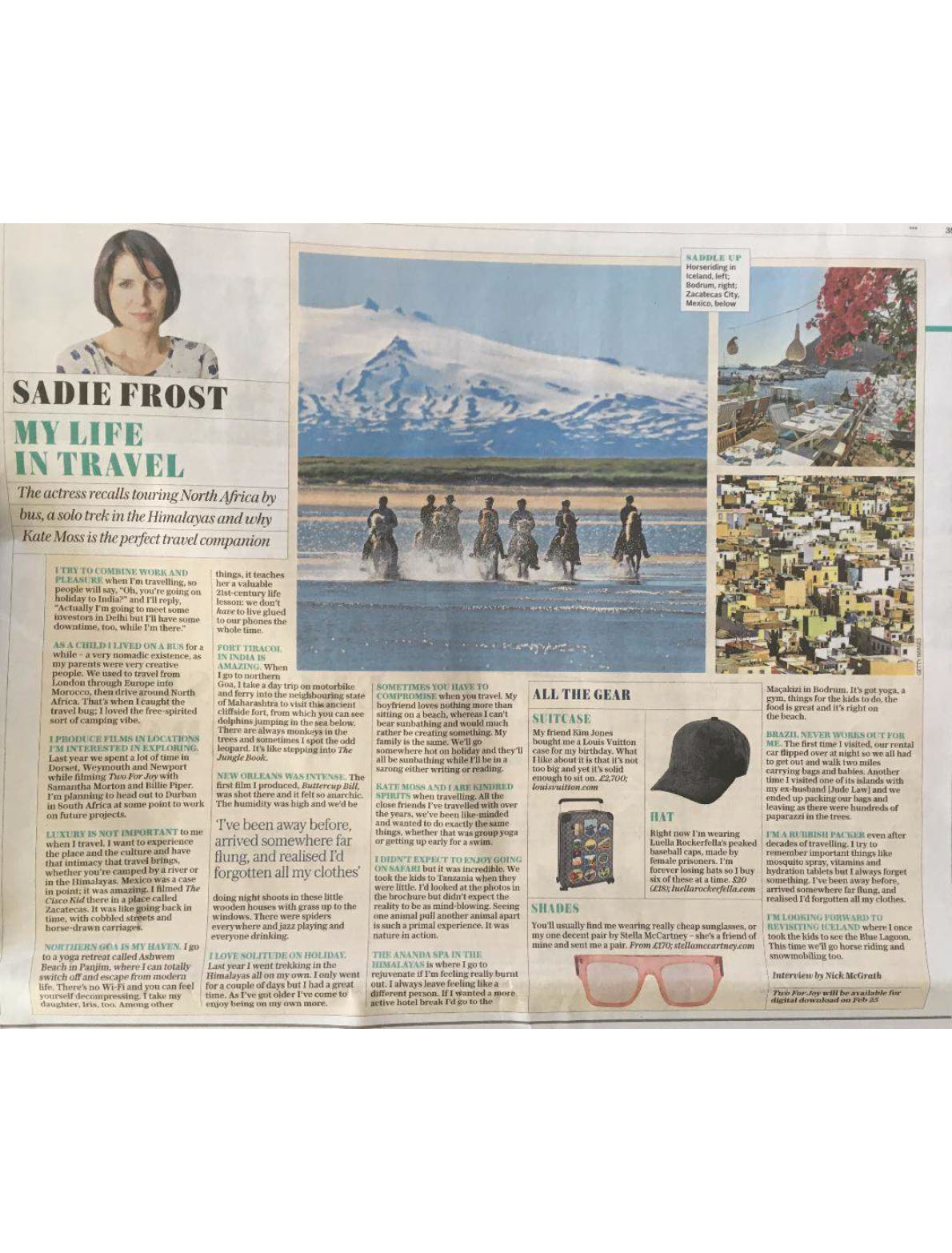 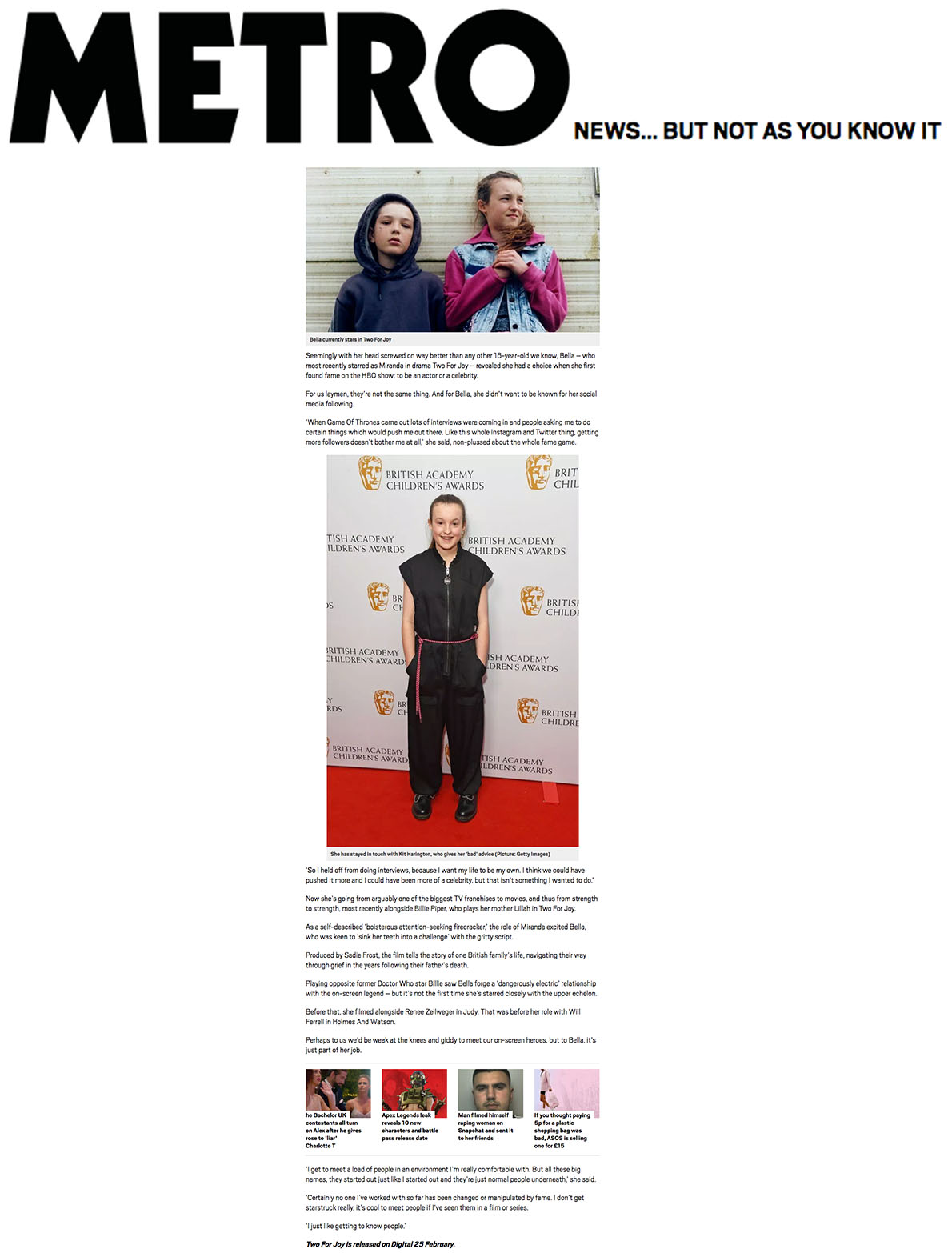 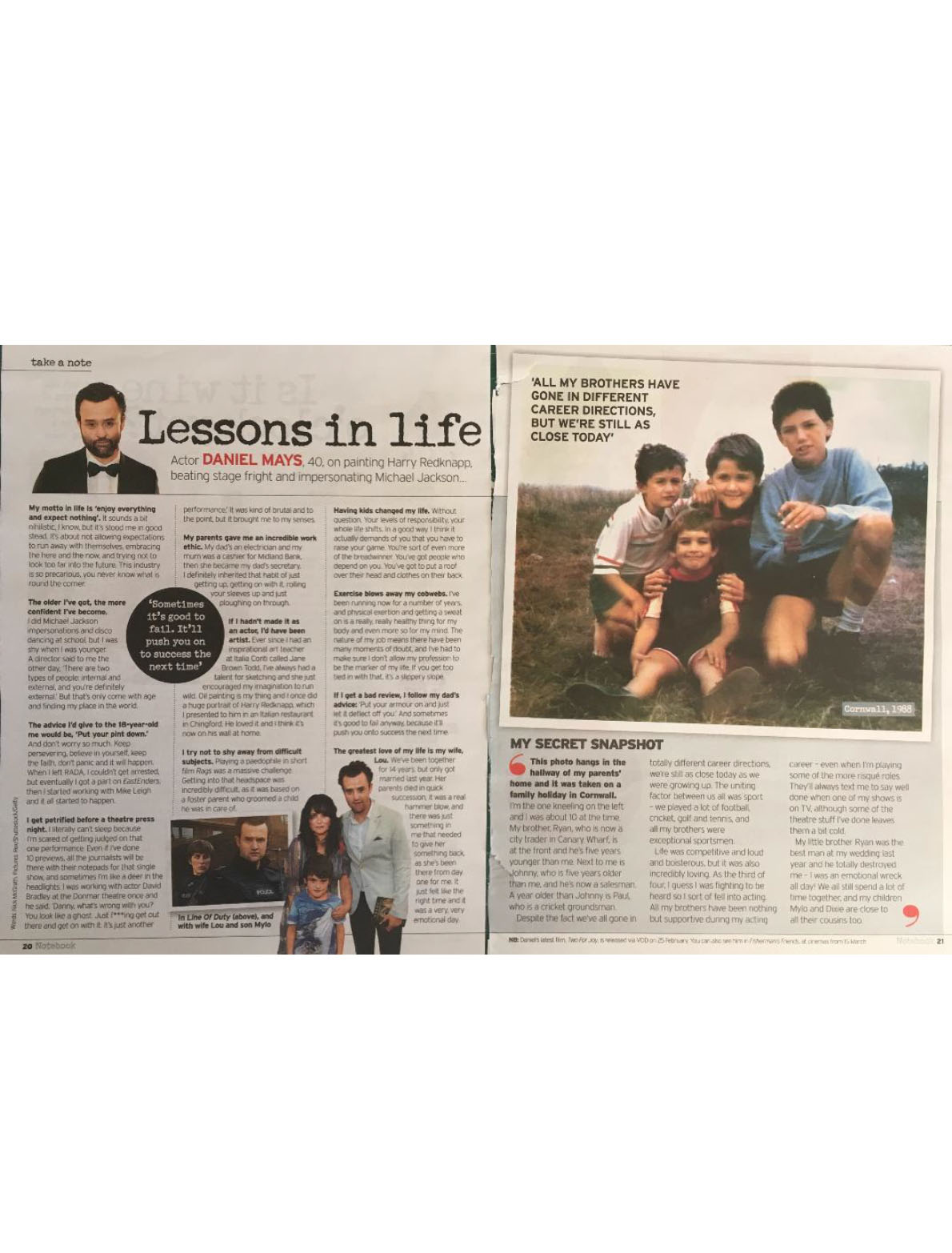