Strike Media were thrilled look after Director Joe Begos’ latest Action Horror, VFW. The film celebrated its UK premiere at Frightfest Glasgow in early March shortly followed by its Digital Download release on 9th March. The film received an incredibly popular critically response receiving countless 4 / 5 star reviews. Thanks to the support of the cast, we were also able to secure an NME feature with star of the film William Sadler, as well as organise a number of interviews with Director Joe Begos during his time at Glasgow FrightFest.

In the near future, the city has been reduced to a dystopian wasteland due to the scourge of “Hype,” a powerful narcotic that induces a simultaneous euphoric and aggressive state in its users. Kingpin Boz impulsively asks a hyper to commit suicide for his own amusement; later, the girl’s teenage sister, Lizard, slips into Boz’s lair and steals his hyper supply in revenge. Lizard flees across the street to a decaying VFW hall, where she encounters Vietnam veteran Fred Parras and a contingent of ageing soldiers who spend their days reminiscing about their lost youth, growing irrelevancy, and impending deaths. Presented with a final battle and opportunity to go down fighting rather than pass away ignominiously from old age, Fred and his men decide to protect Lizard and wage a final war against Boz, his henchmen, and the hypers. 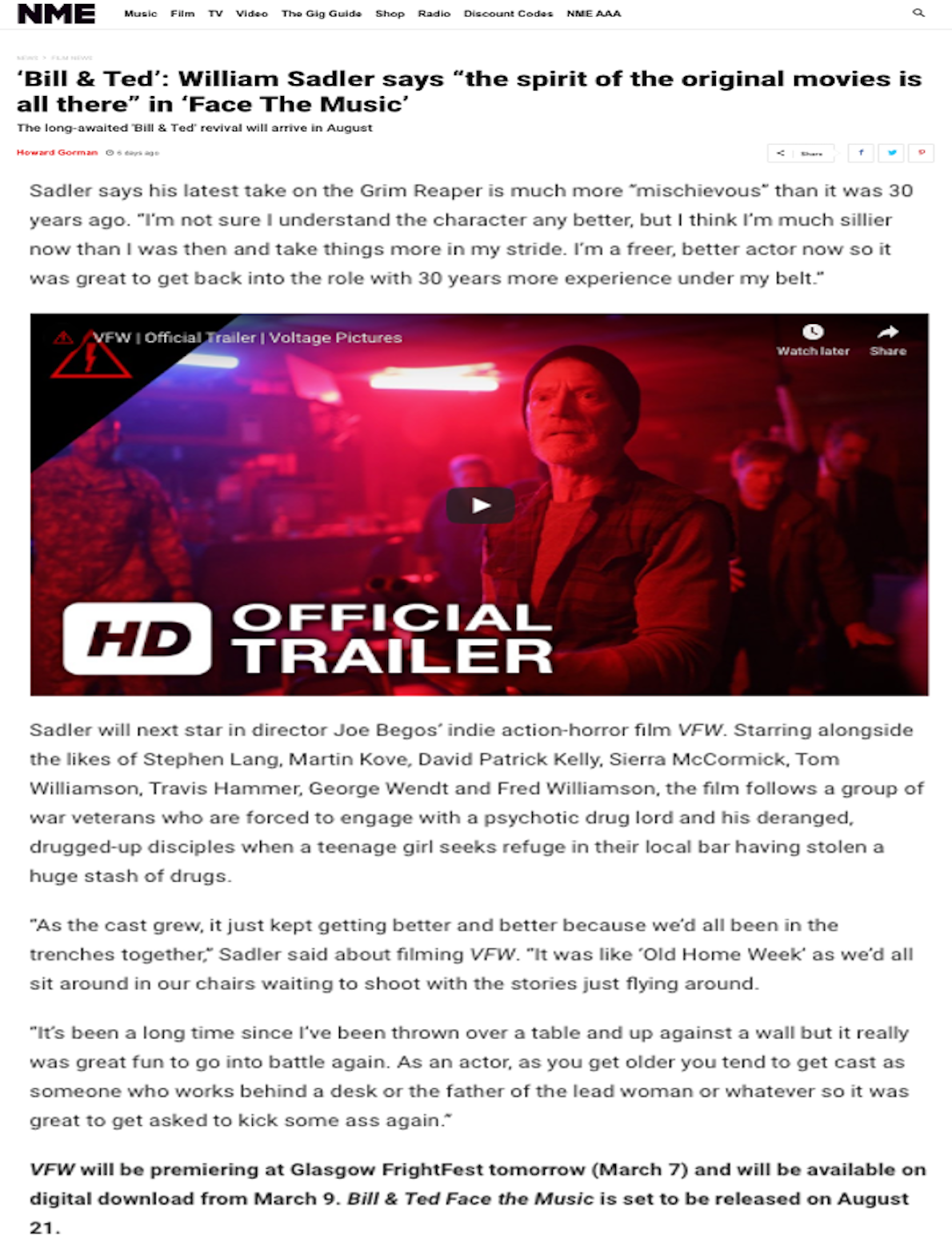 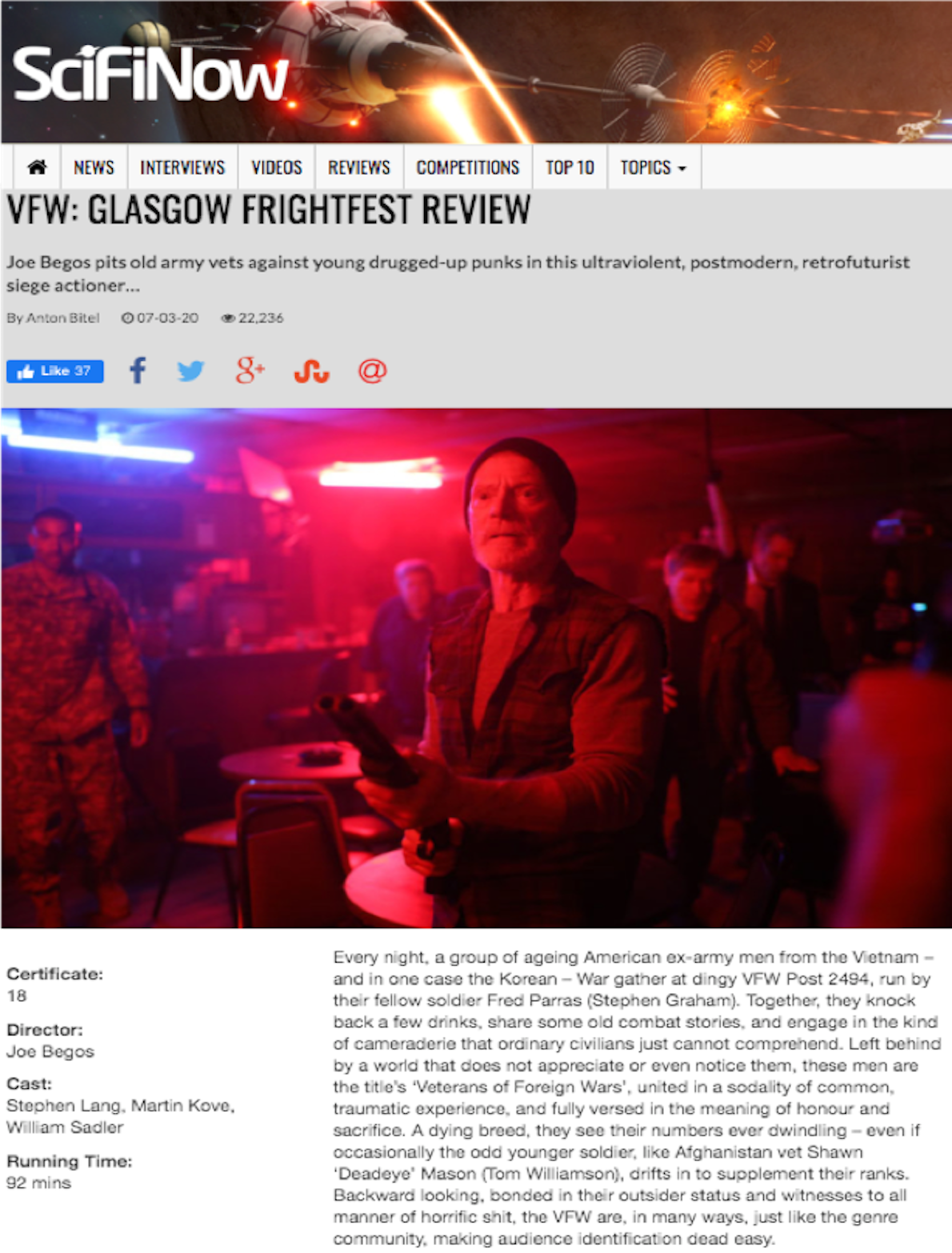 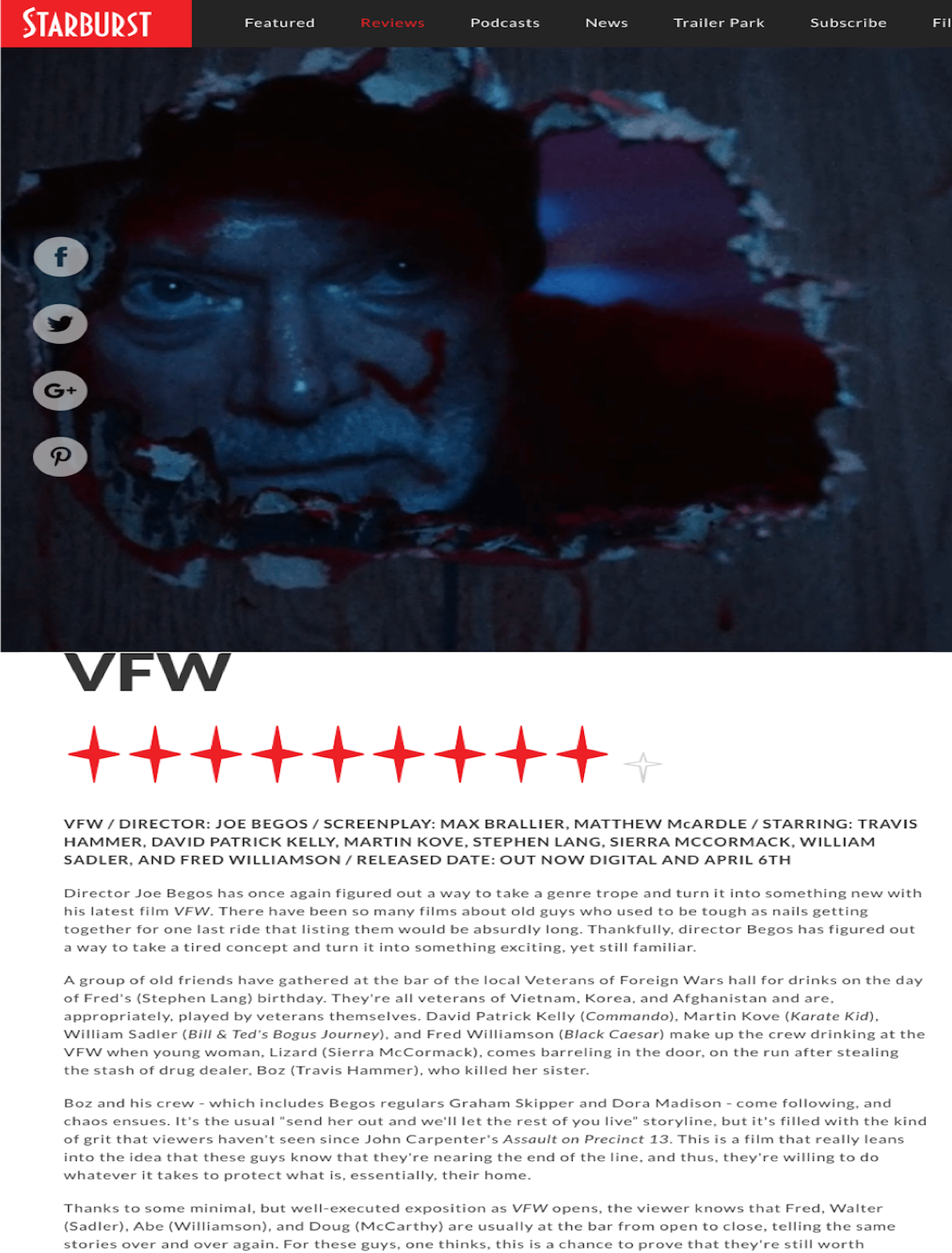