We were excited to work with Republic on their new punk documentary from the very start of the film’s UK journey at the UK premiere at the Glasgow Film Festival. We continued to support the film in the build-up to its theatrical and digital release in April, this included organising interviews with the film’s key talent, reviews, as well as talent and media handling at the gala screening.

We were excited to secure a number of key pieces of coverage across the whole campaign including a cover feature in The Herald, and reviews in several national outlets including The Times, The Guardian, Financial Times and Time Out. We were also able to organise a small amount of time with key talking head from the film, Punk legend Vivienne Westwood, and set up an interview with NME.

Directed by Nigel Askew, the film features fascinating, in-depth interviews with Punk legends from ‘Queen Of Punk’ Jordan, aka Pamela Rooke, to Punk and Fashion Icon Vivienne Westwood.
Exploring the music, politics and fashion that drove the movement to its eventual commercial demise, Vivienne Westwood gives a never heard before insight as she charts the decline of punk and the subsequent rise of climate activism among the younger generations.
Follow as Joe Corré, son of punk visionaries Vivienne Westwood and Malcolm McLaren, burns an estimated £5M worth of punk memorabilia protesting the commodification of punk. WAKE UP PUNK takes this incendiary act of ‘cultural terrorism’ and the questions it raised to explore the lifespan and true worth of punk – the 20th century’s most volatile movement.

UPDATED: Strike Media would like to offer our condolences to the family of Vivienne Westwood. A true icon and Pioneer. Rest In Peace. 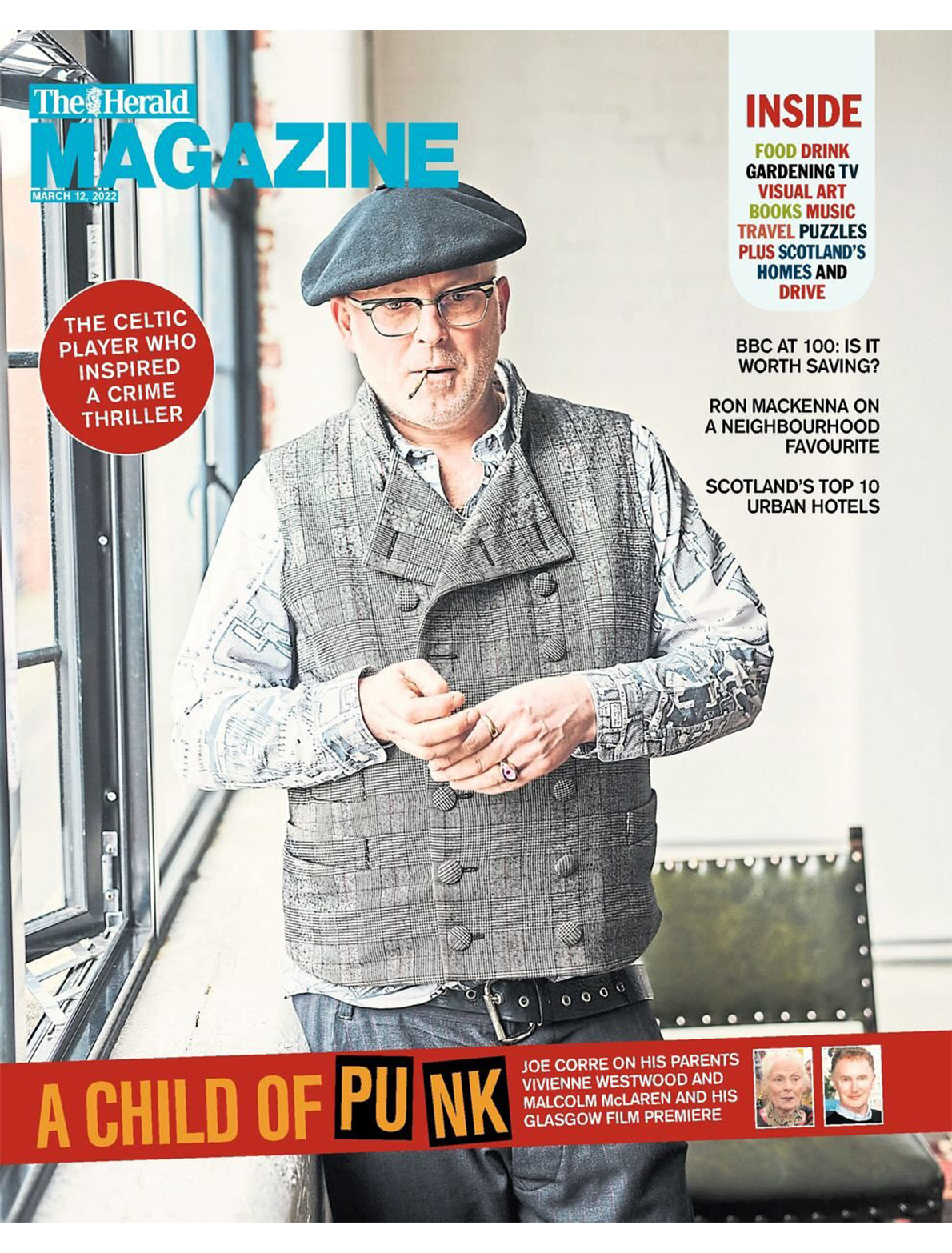 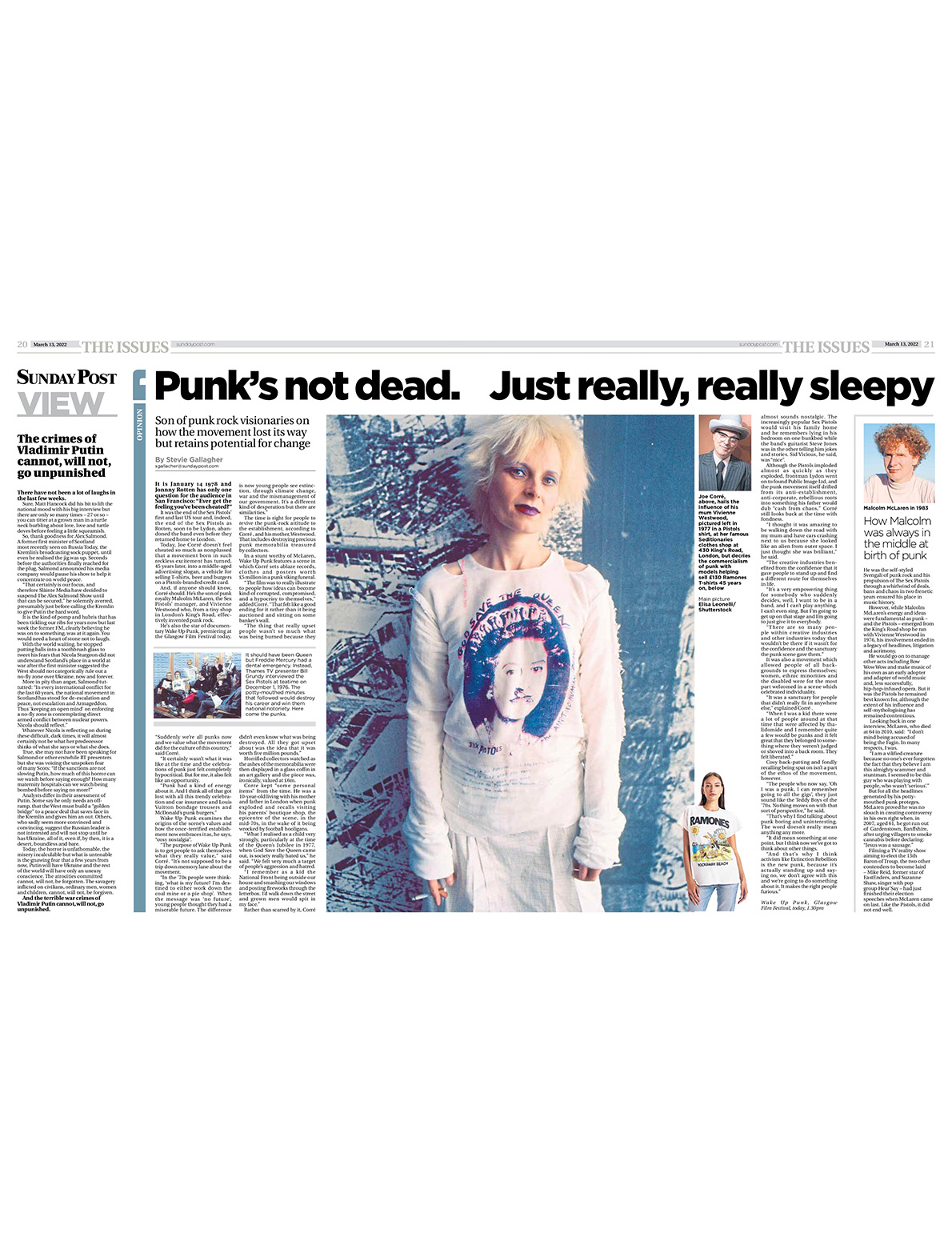 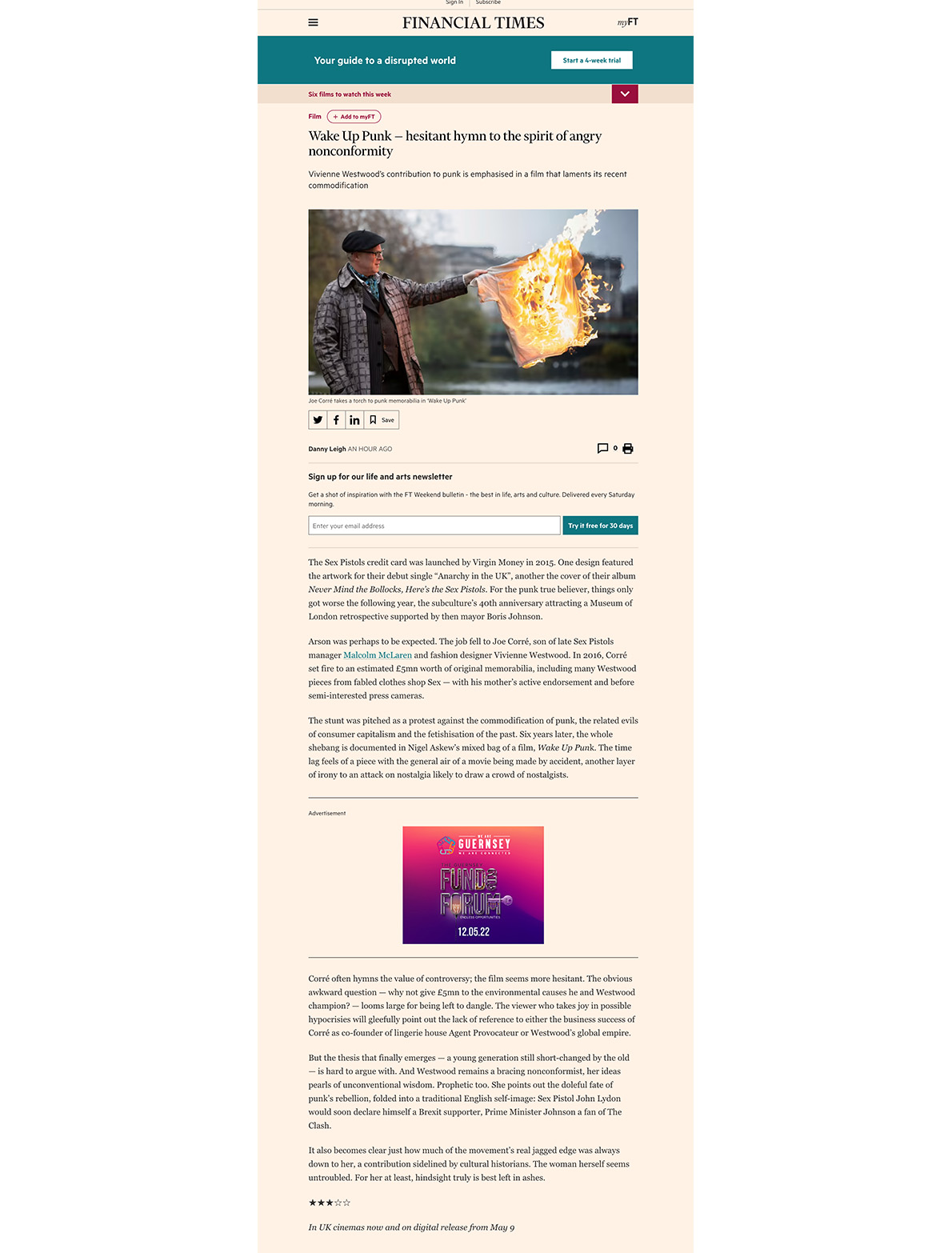 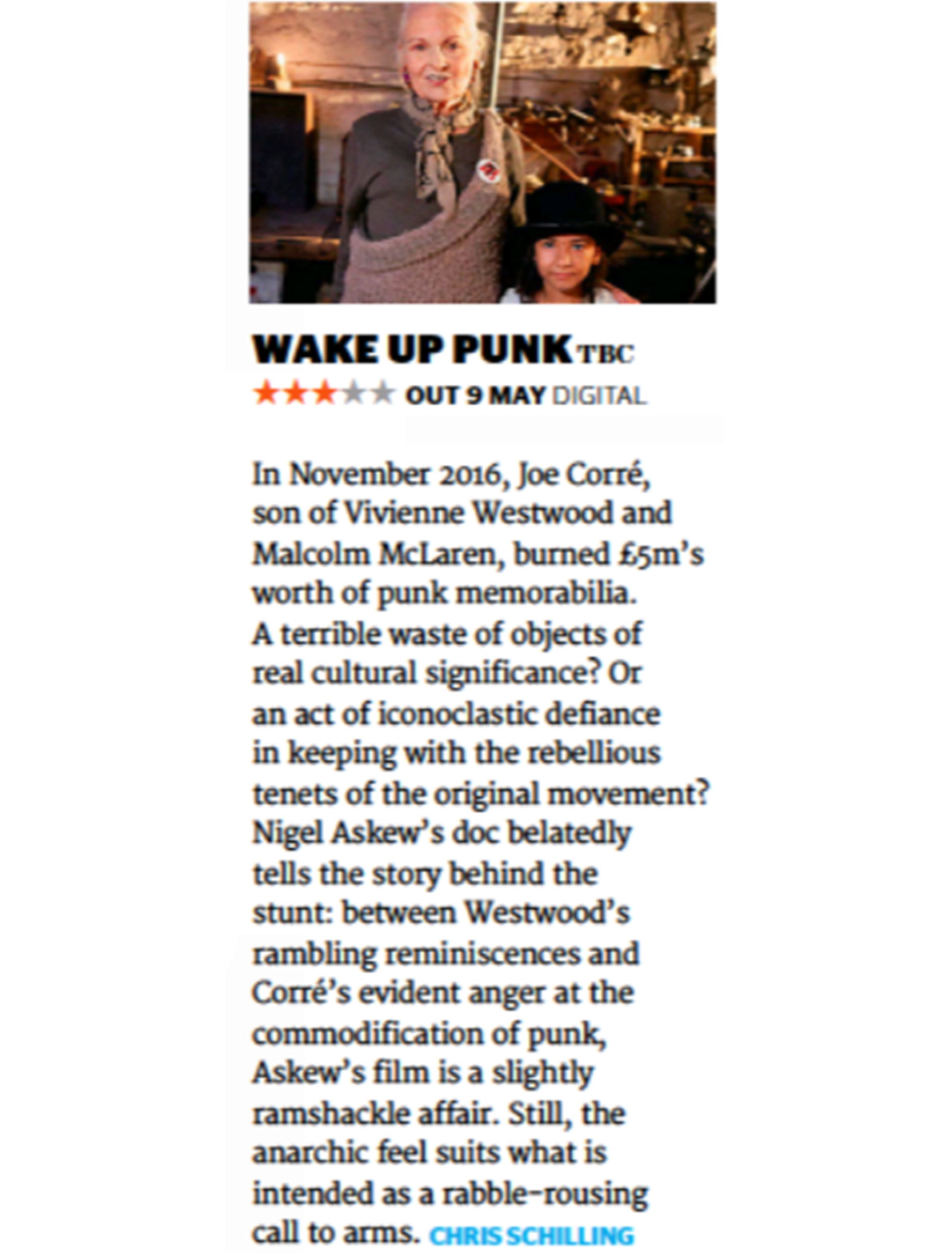 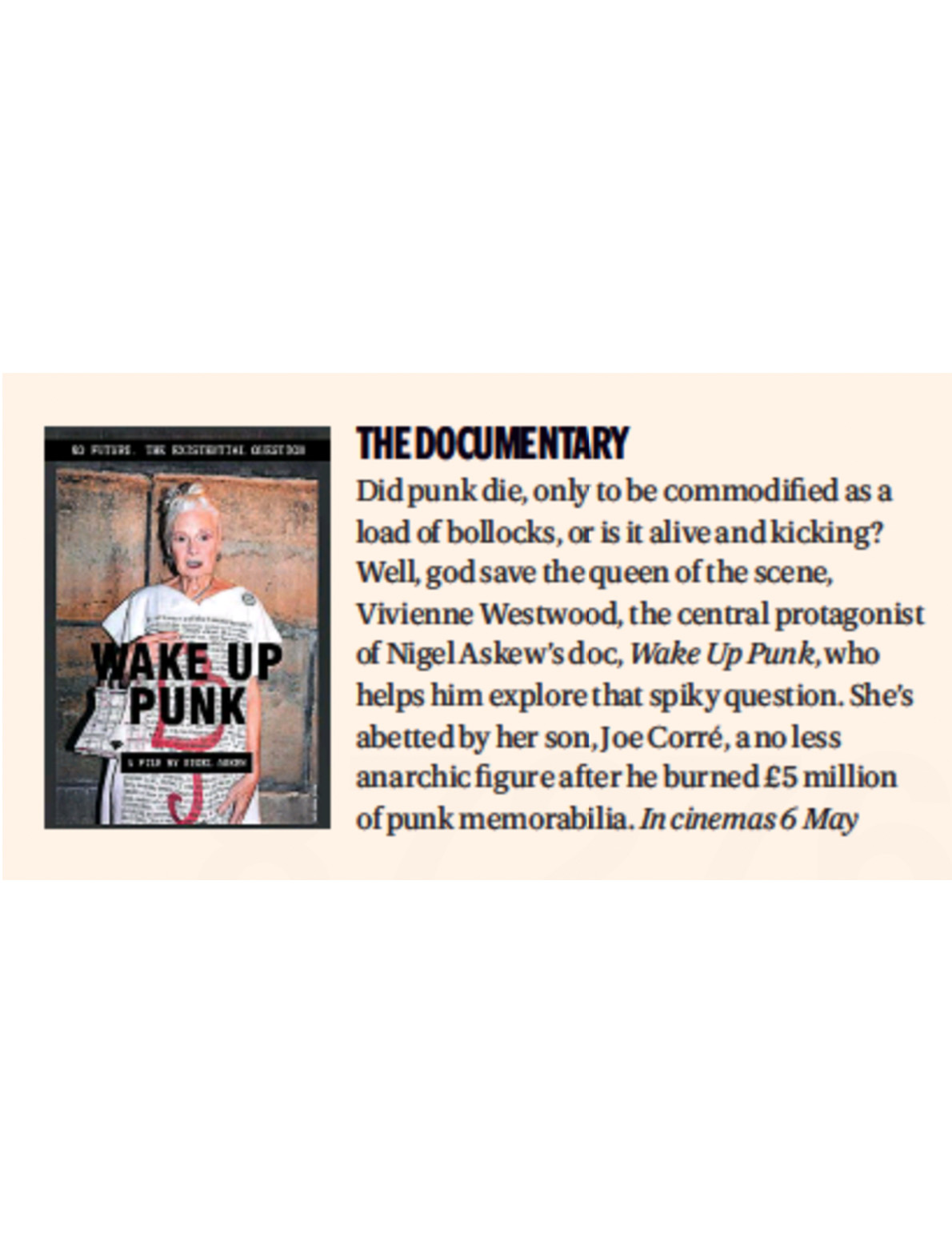 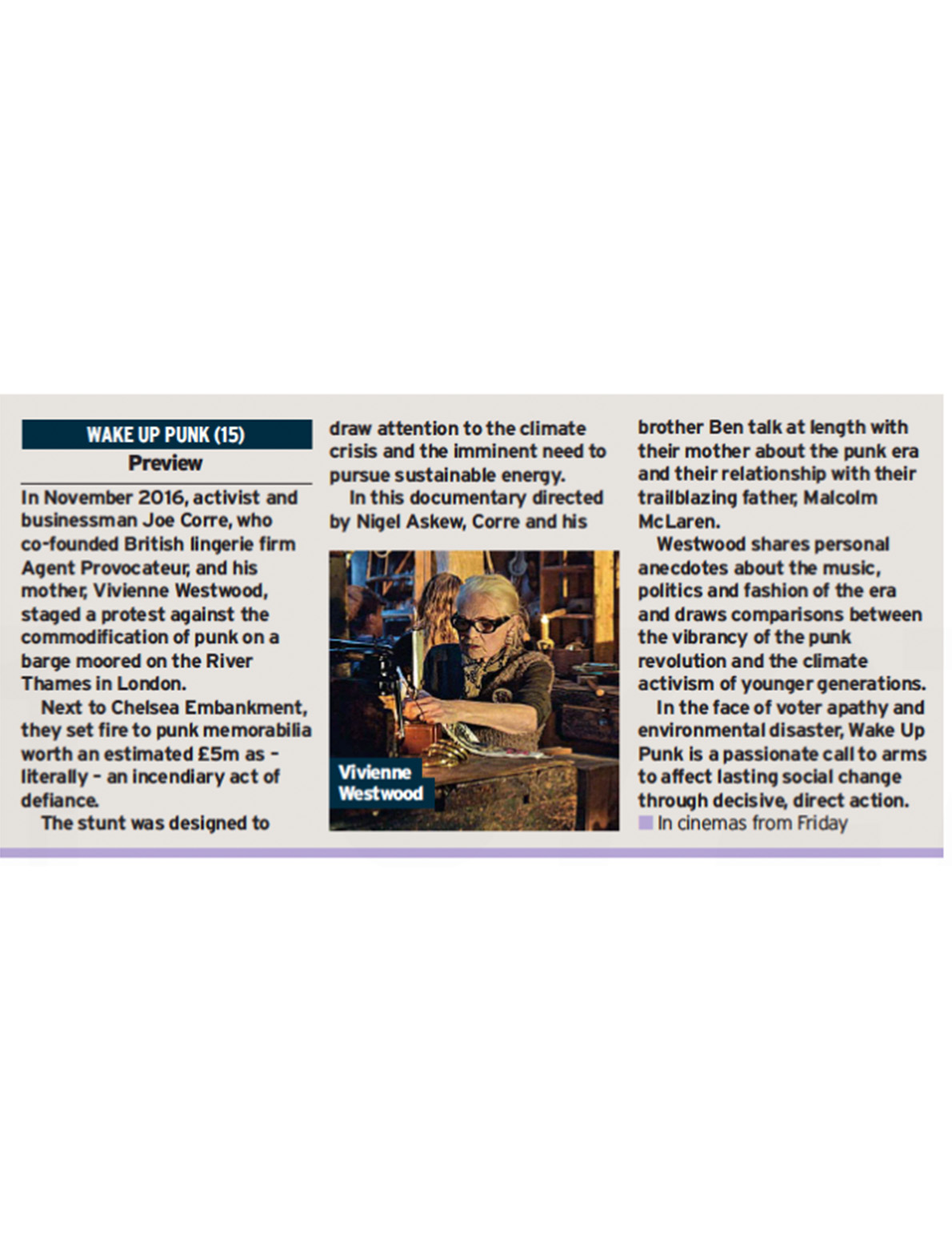