Continuing their fine run of horror titles, Lightbulb Film Distribution have dipped their toes into classic werewolf territory with Wolf Manor. Strike were tasked with raising awareness of the film’s UK release, generating coverage through news stories, reviews and interviews. Strike were OVER THE MOON with a Trailer Exclusive in leading horror site, Bloody Disgusting, and also saw news stories go live across a number of key horror and entertainment sites.

Proving that the film had BITE as well as BARK, the feedback from the critics has been hugely positive, with a number of great reviews!

Director Dominic Brunt was also a huge asset for the campaign. The Emmerdale veteran, who also creates the occasional horror film, appeared on ITV1’s Loose Women and spoke to a number top tier outlets including Daily Express, Daily Star, Radio Times, The Big Issue, BANG Showbiz and Sunday Post to support the release.

We’d say we’re hoping for a roaring success with Wolf Manor, but we’ll settle for a HOWL!

Shooting a vampire movie in an old abandoned house should have worked like a dream. However, with the full moon, the nightmare begins. The body count rises as the cast and crew encounter the mansion’s resident werewolf. 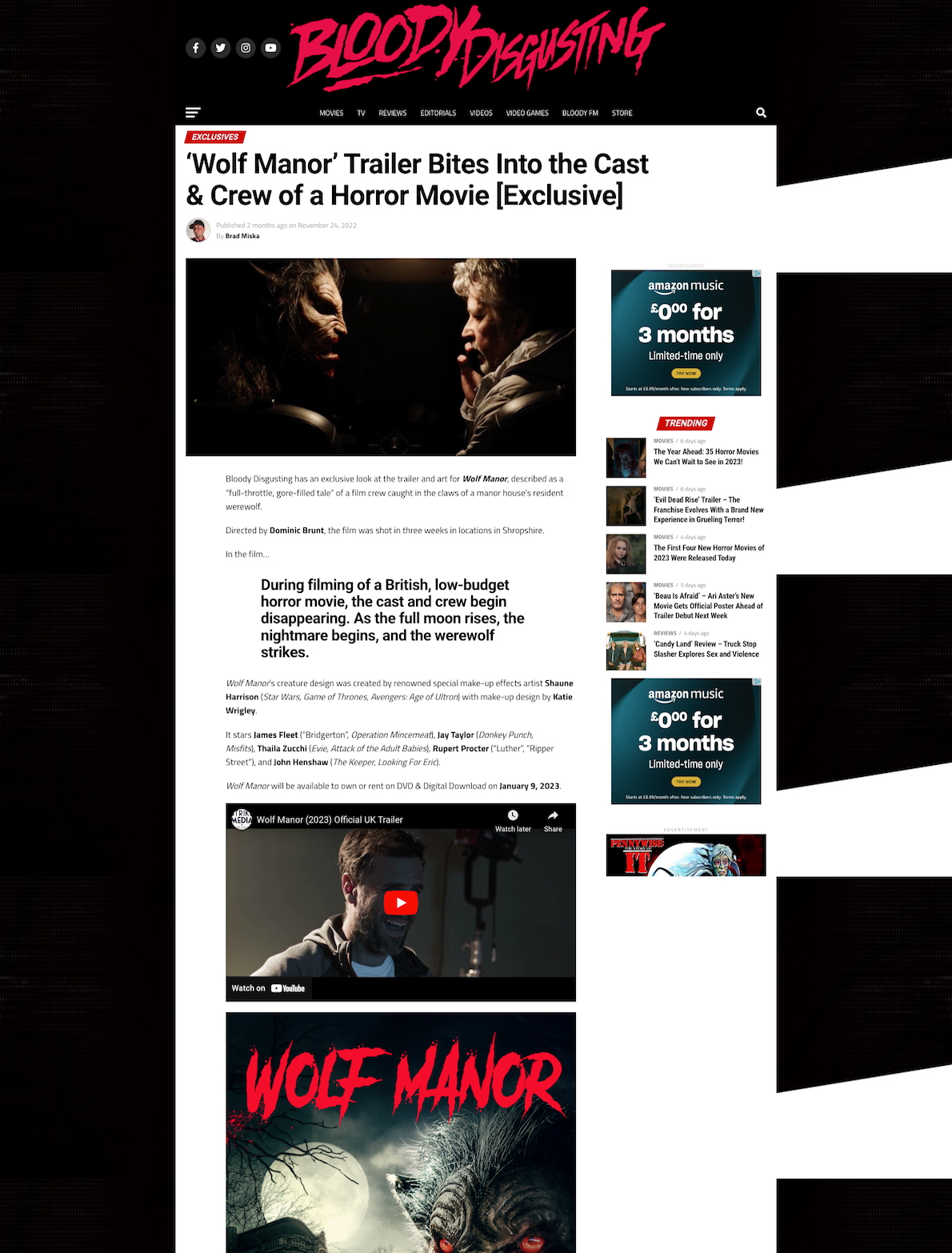 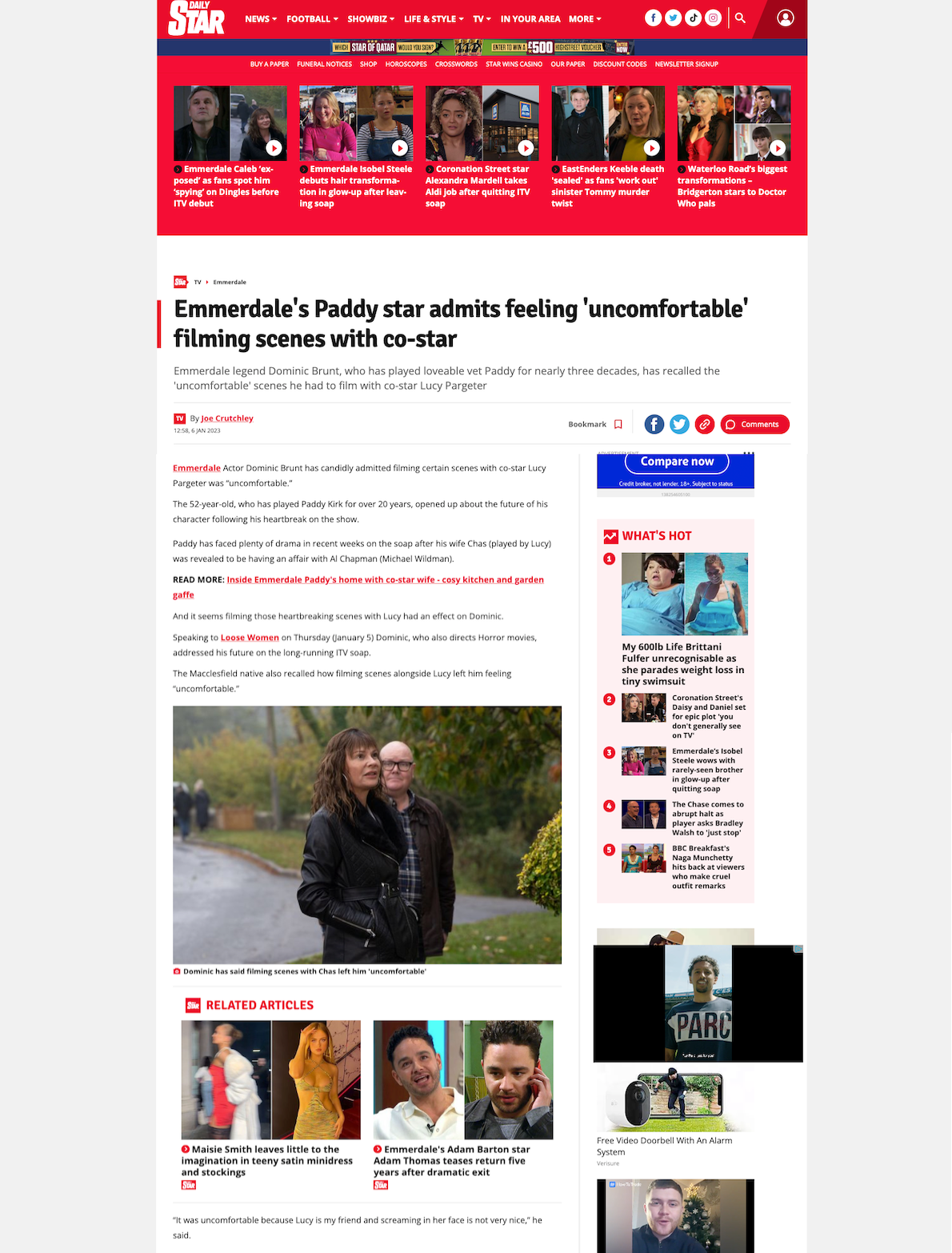 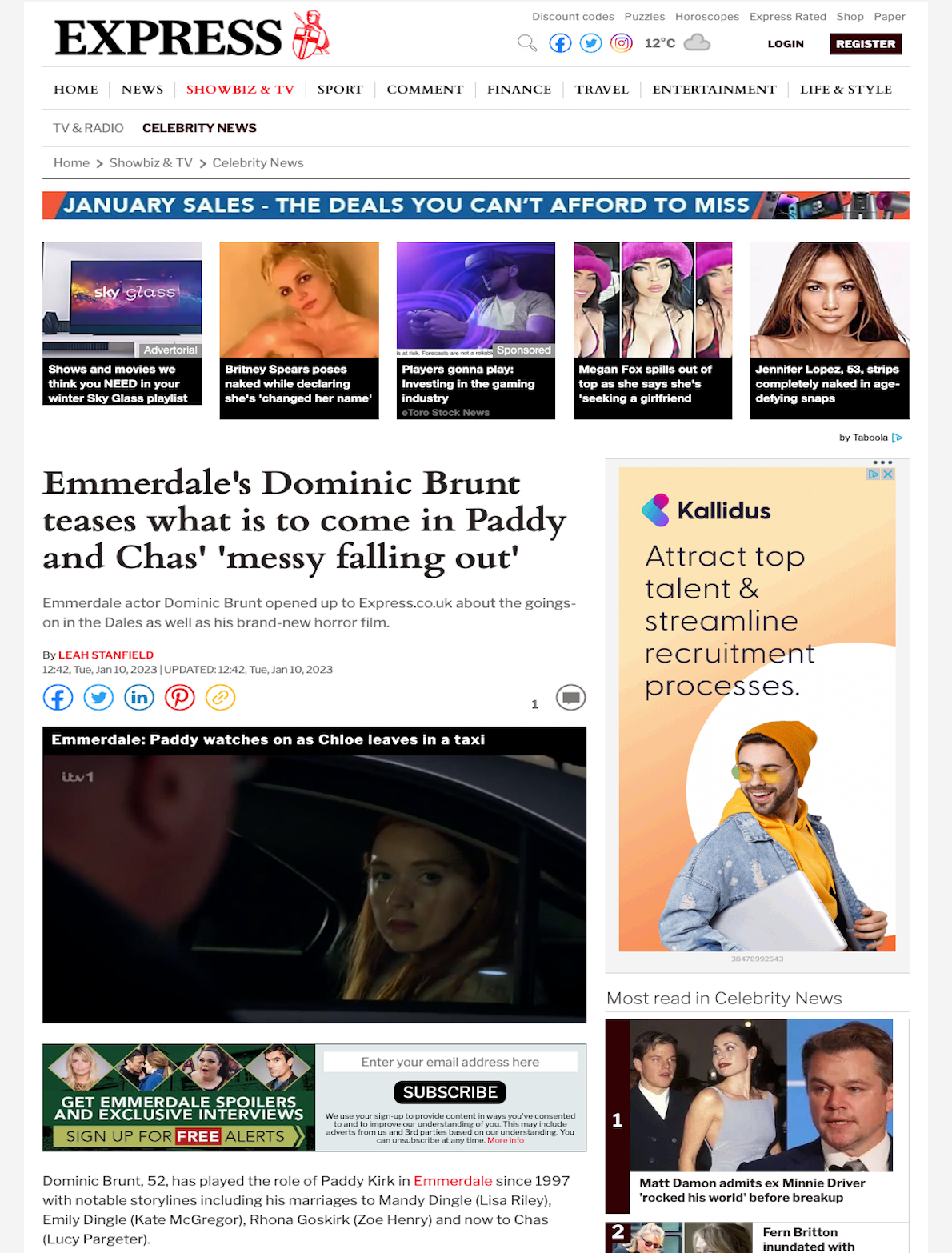 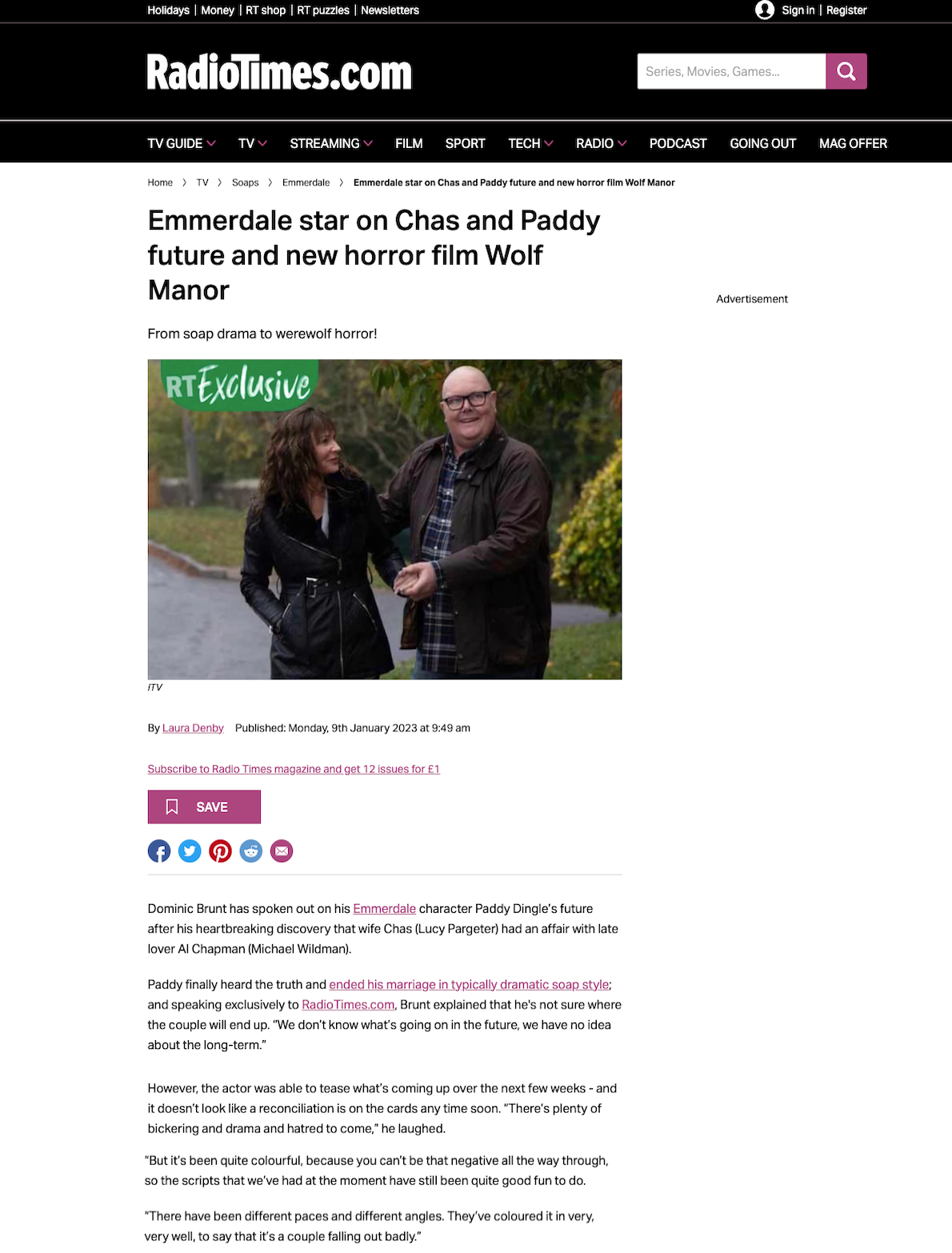 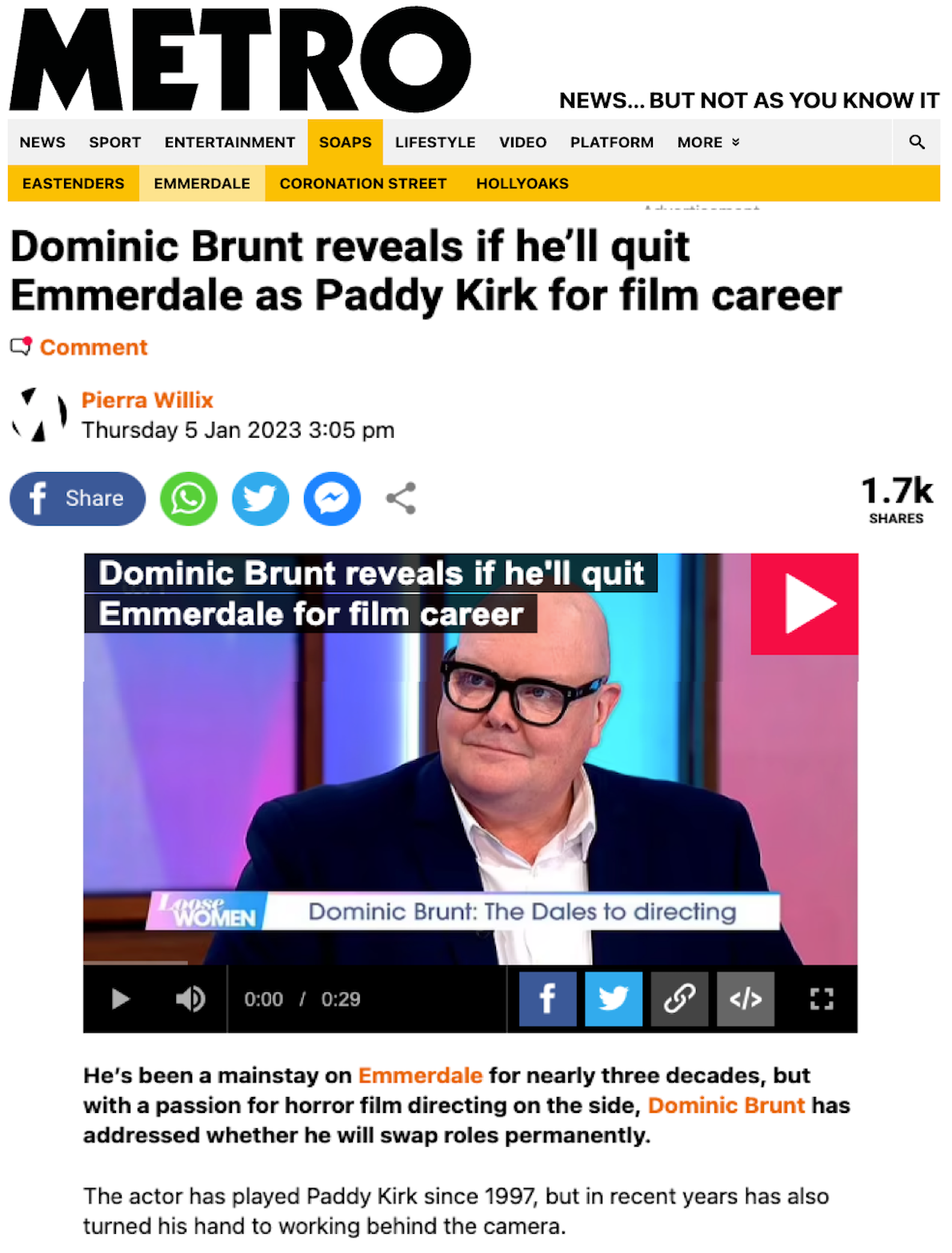 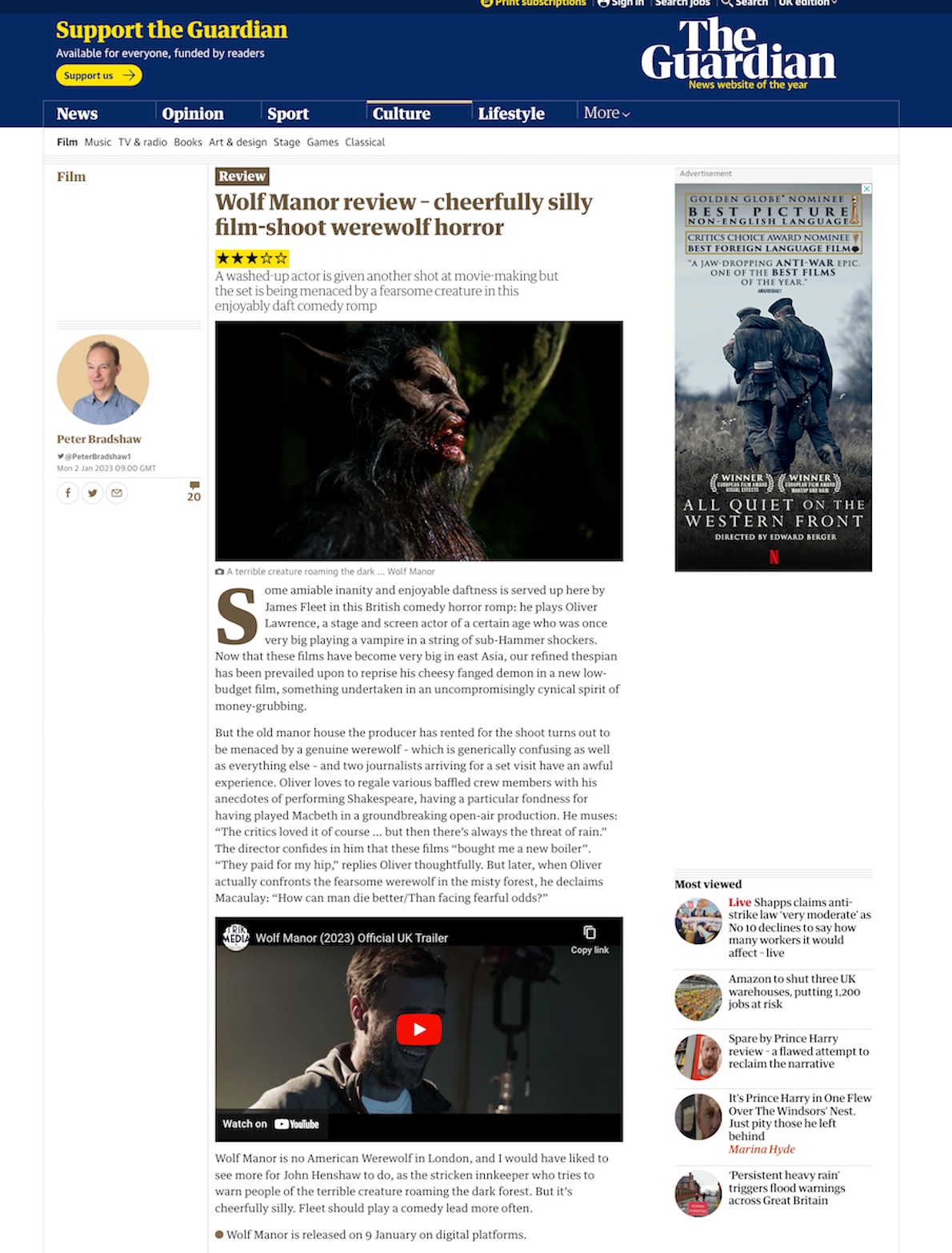 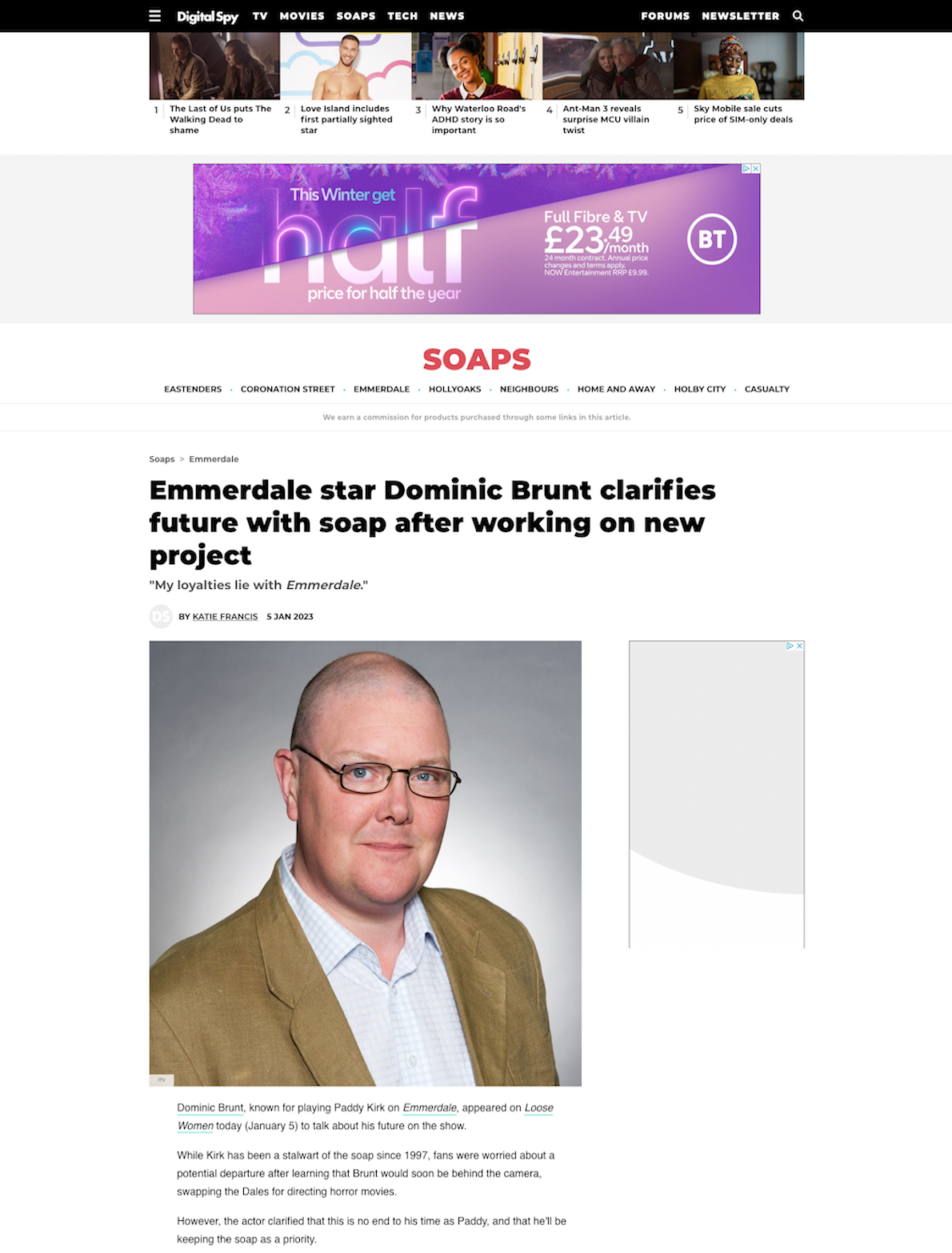 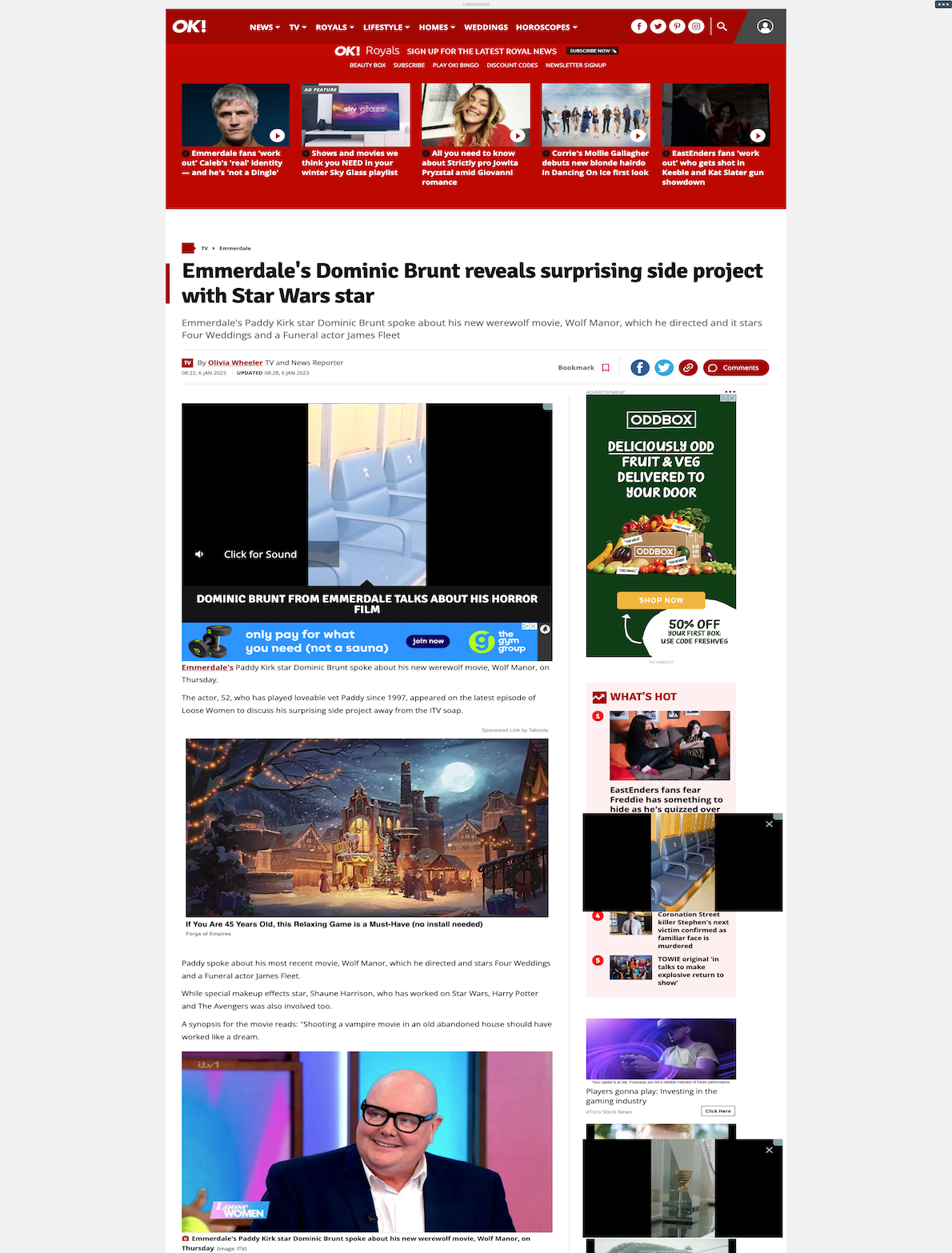 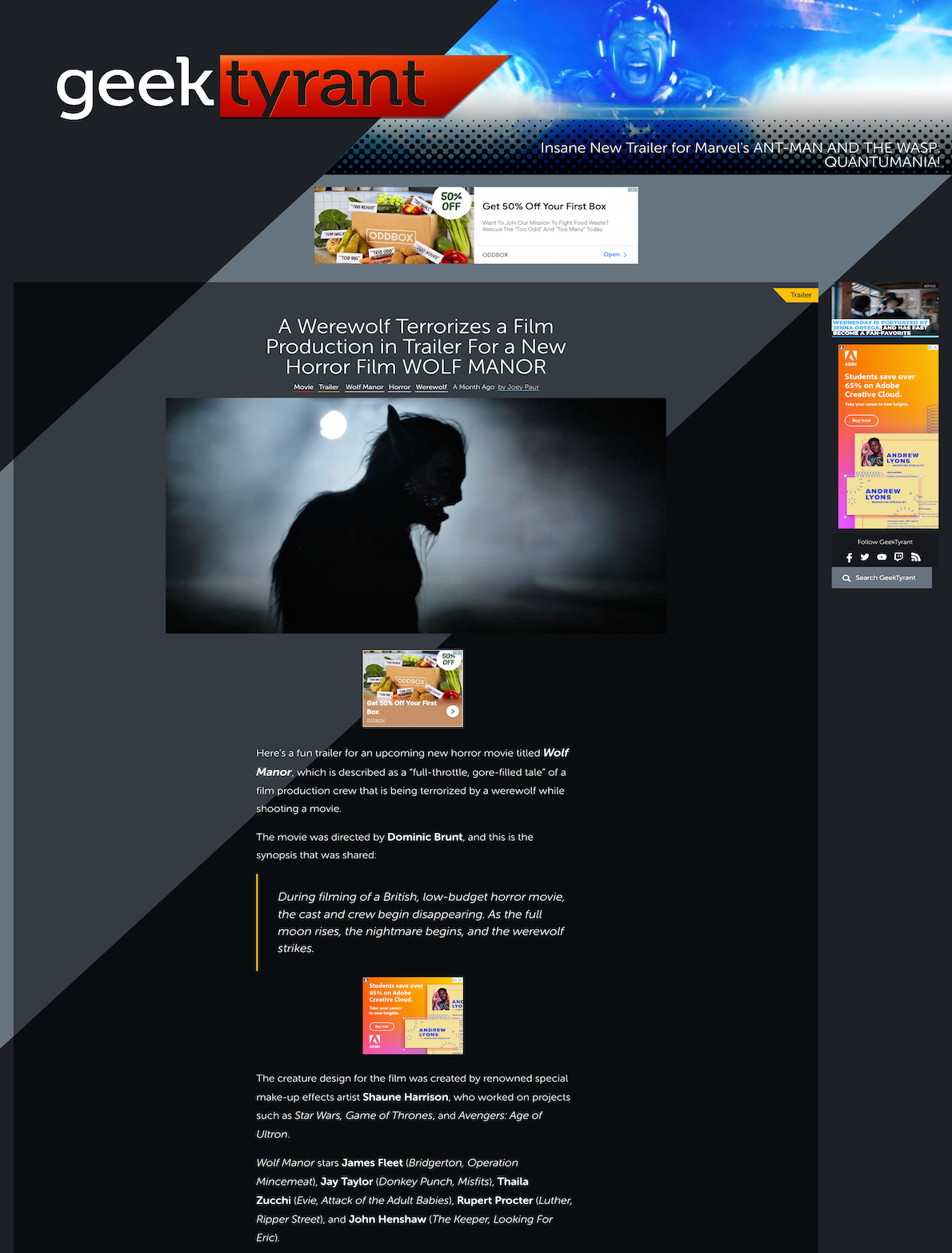 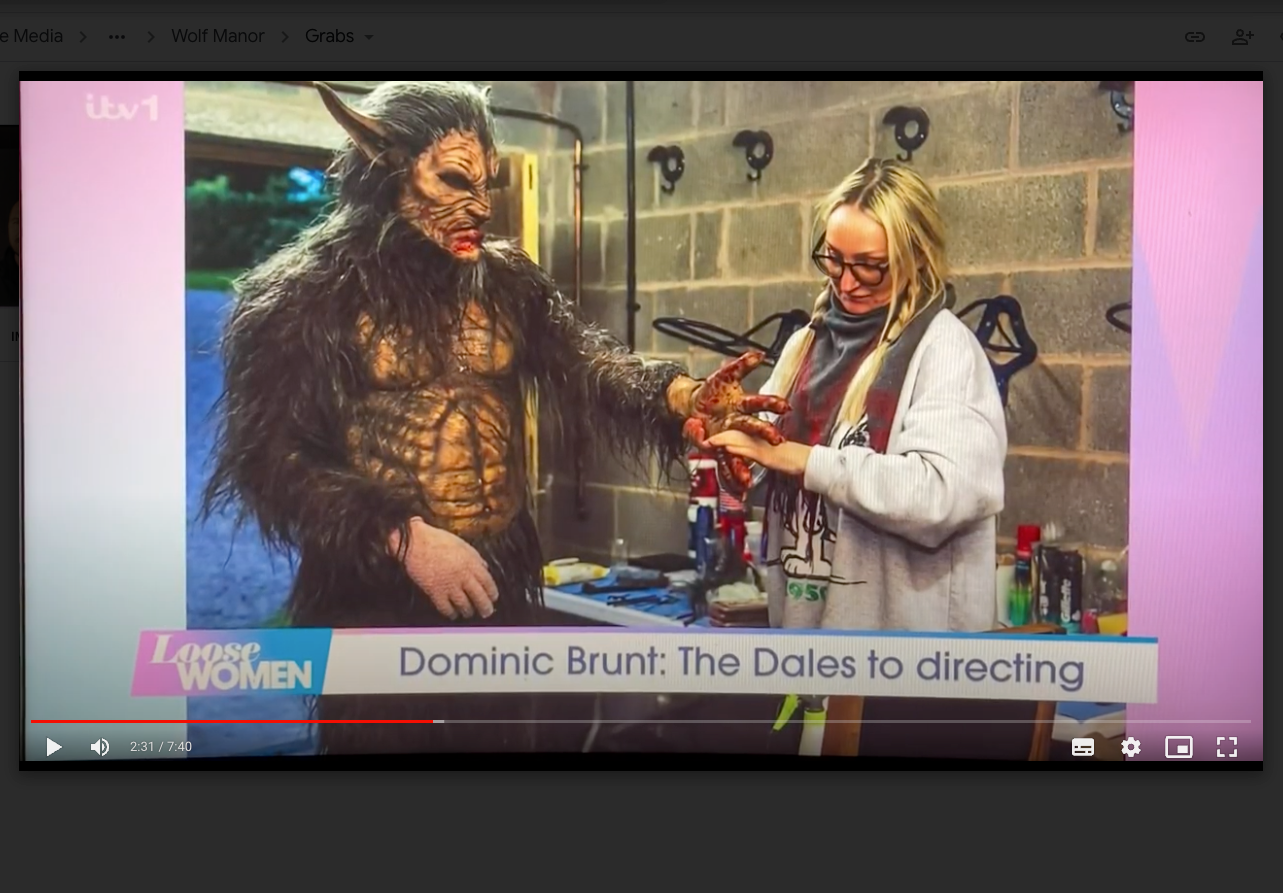